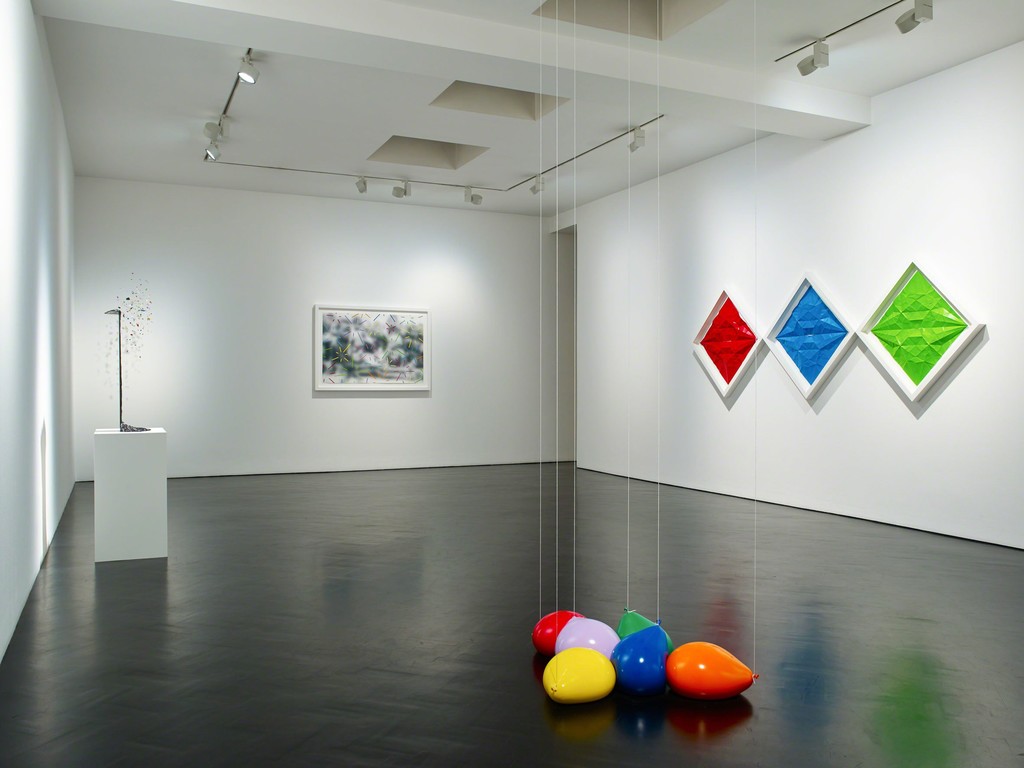 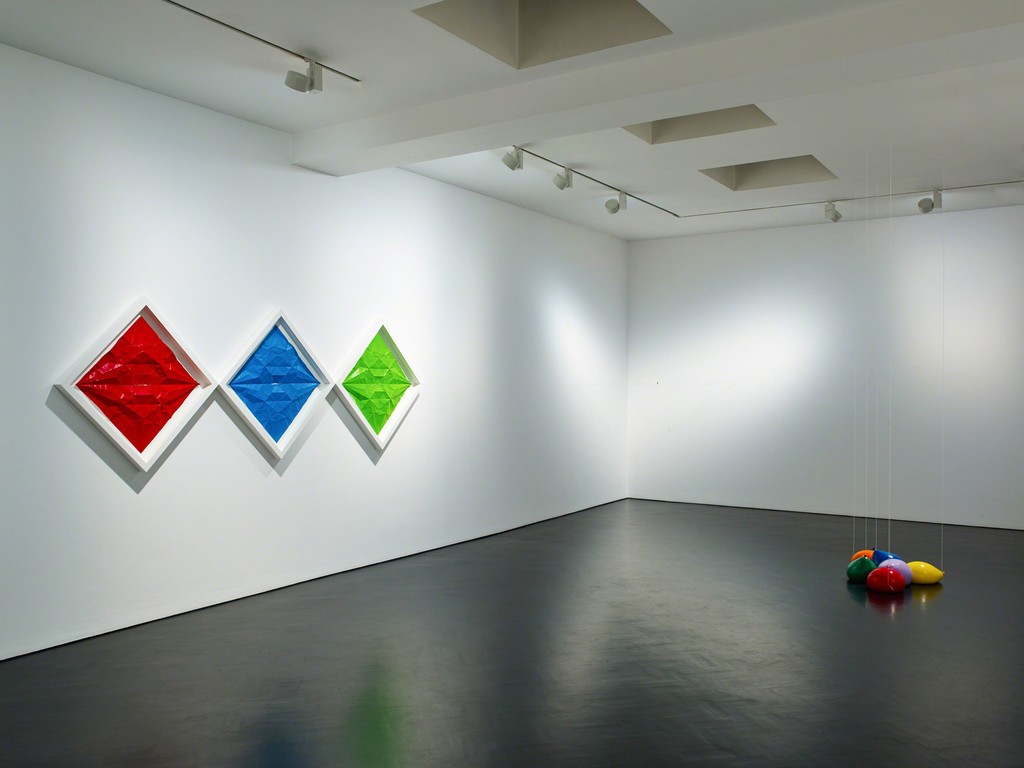 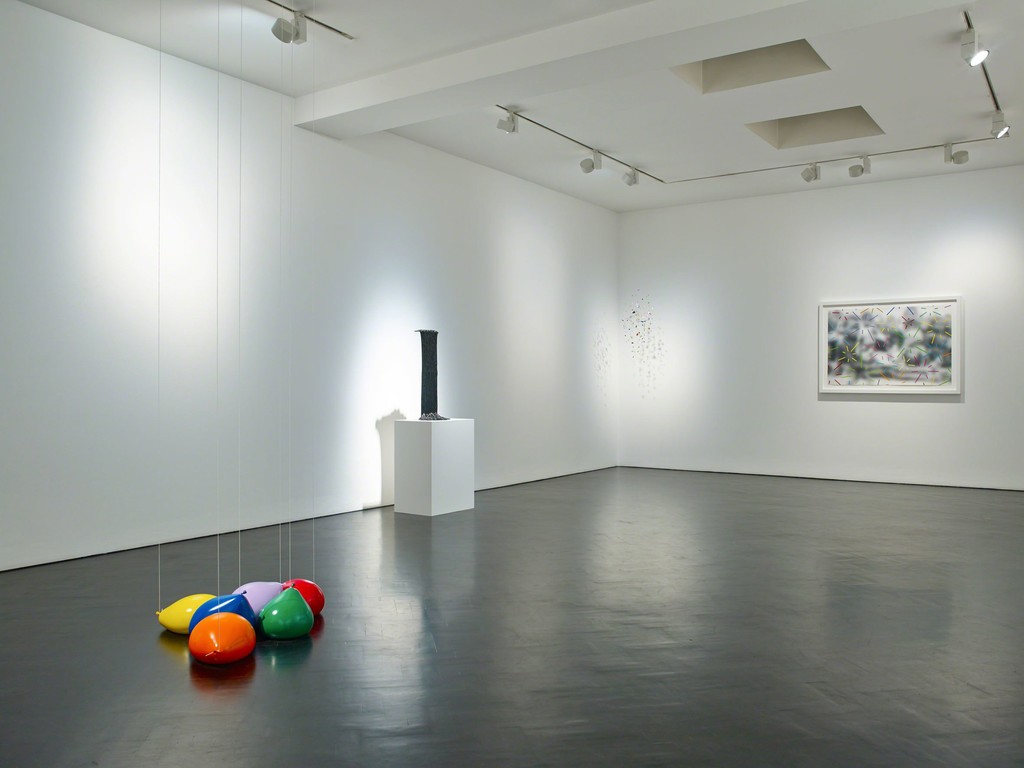 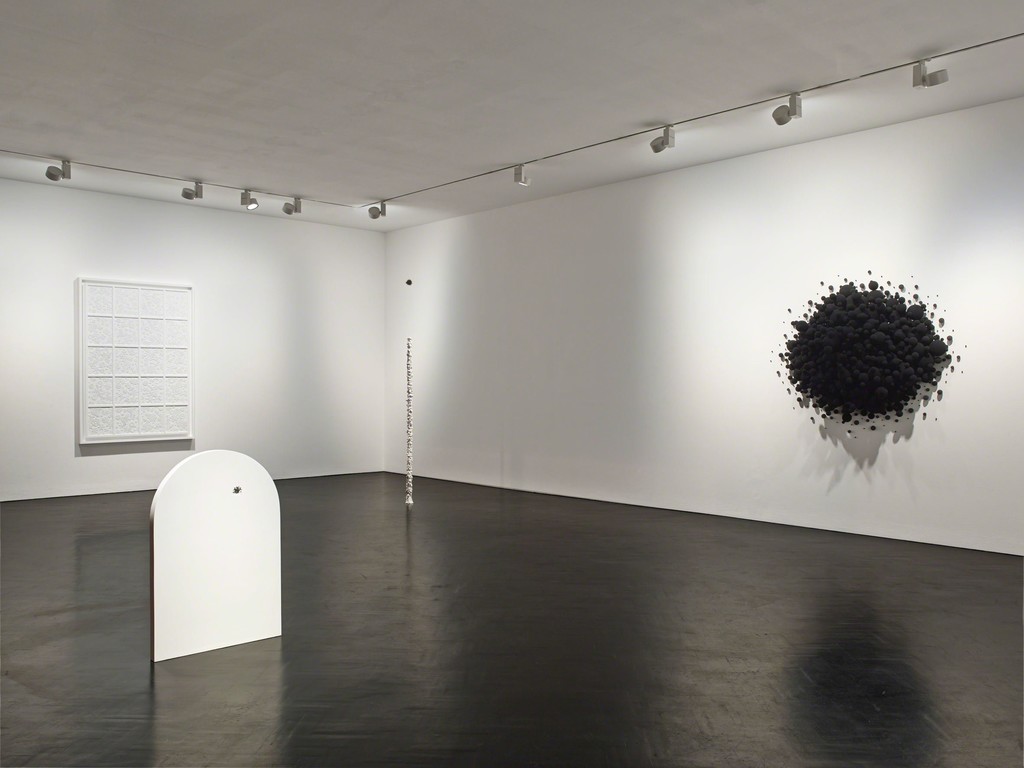 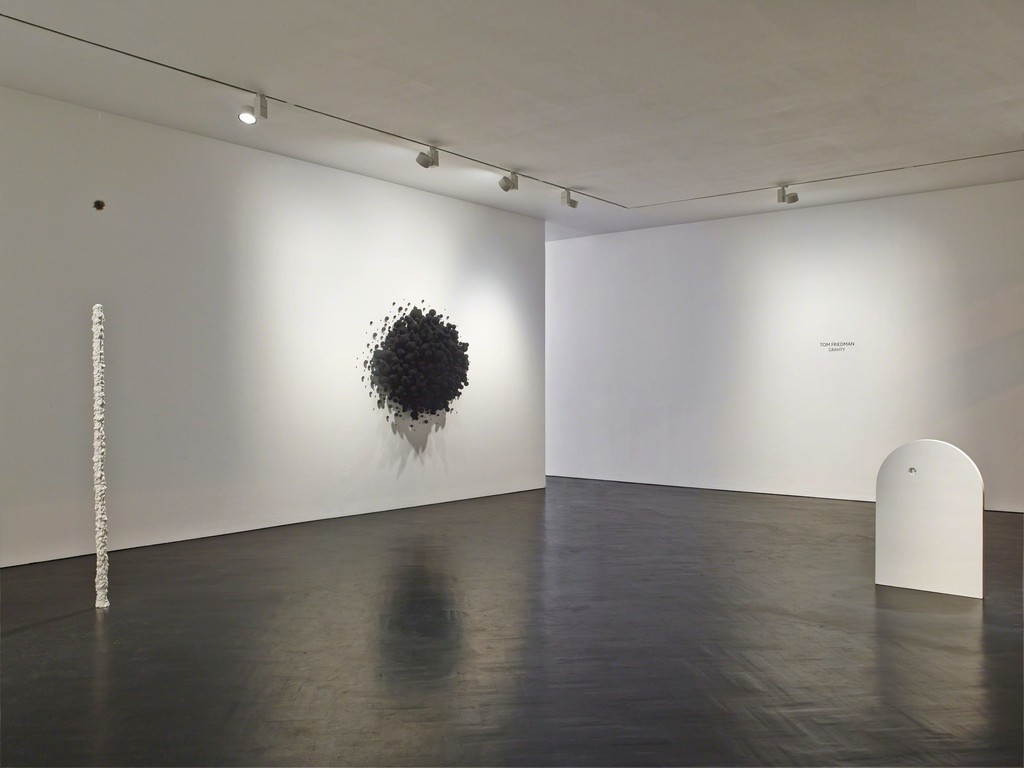 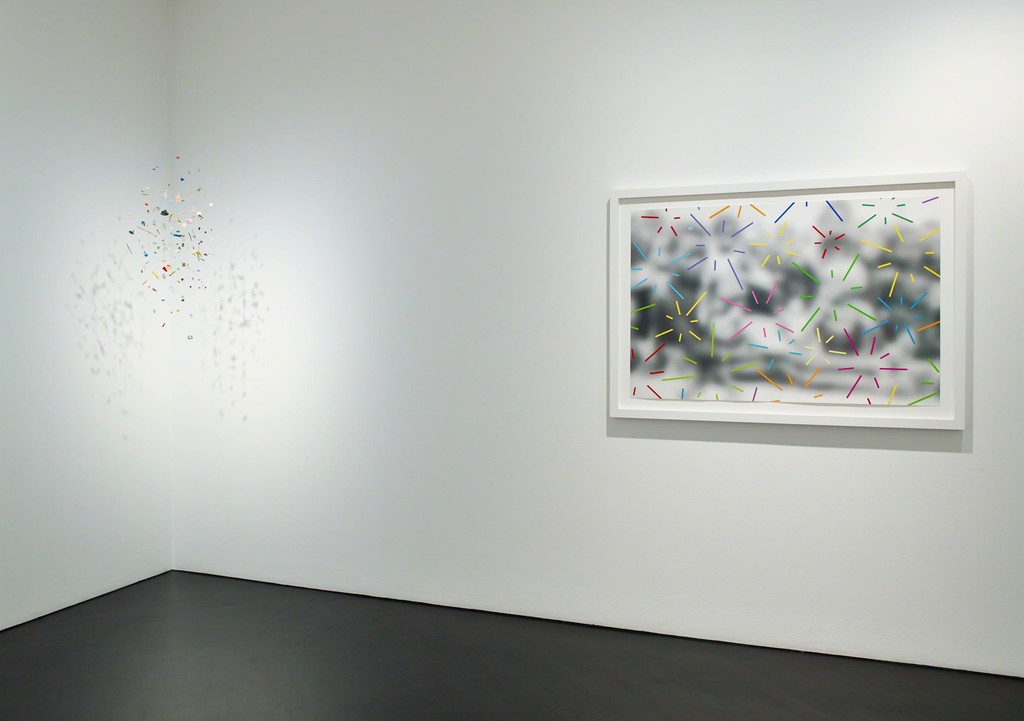 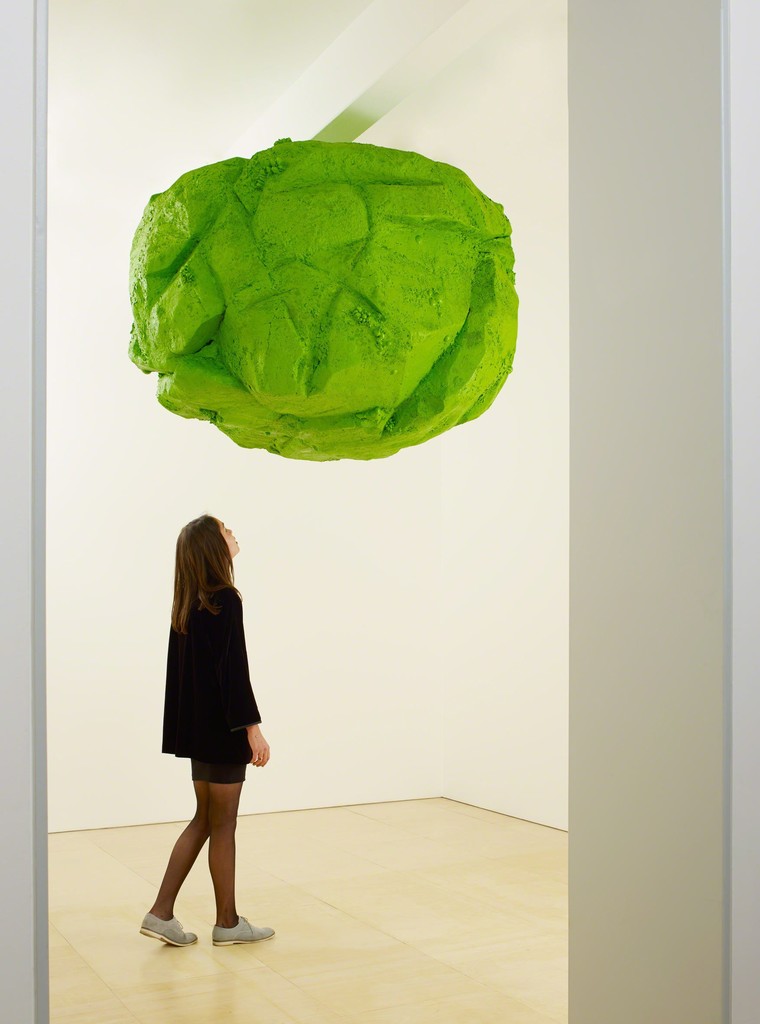 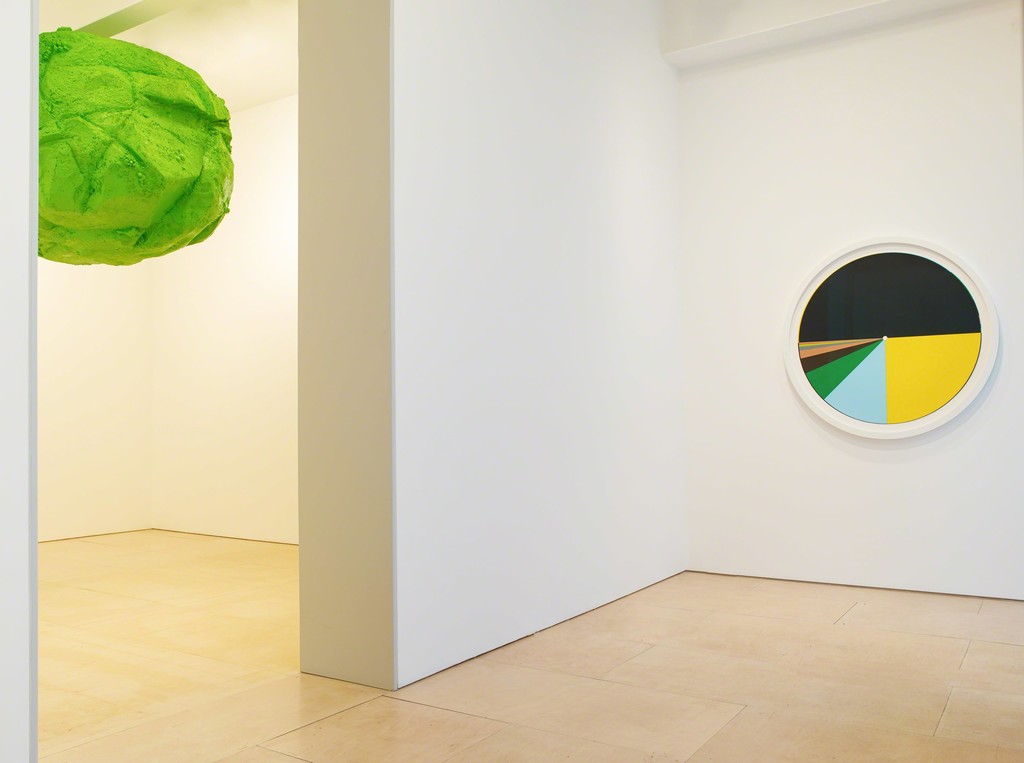 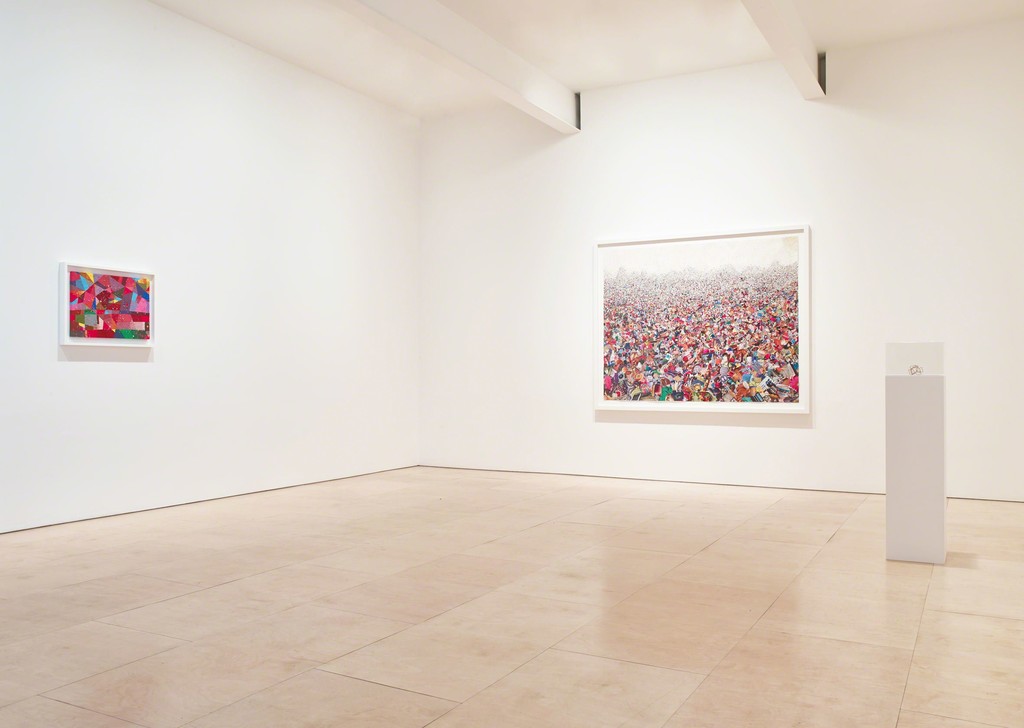 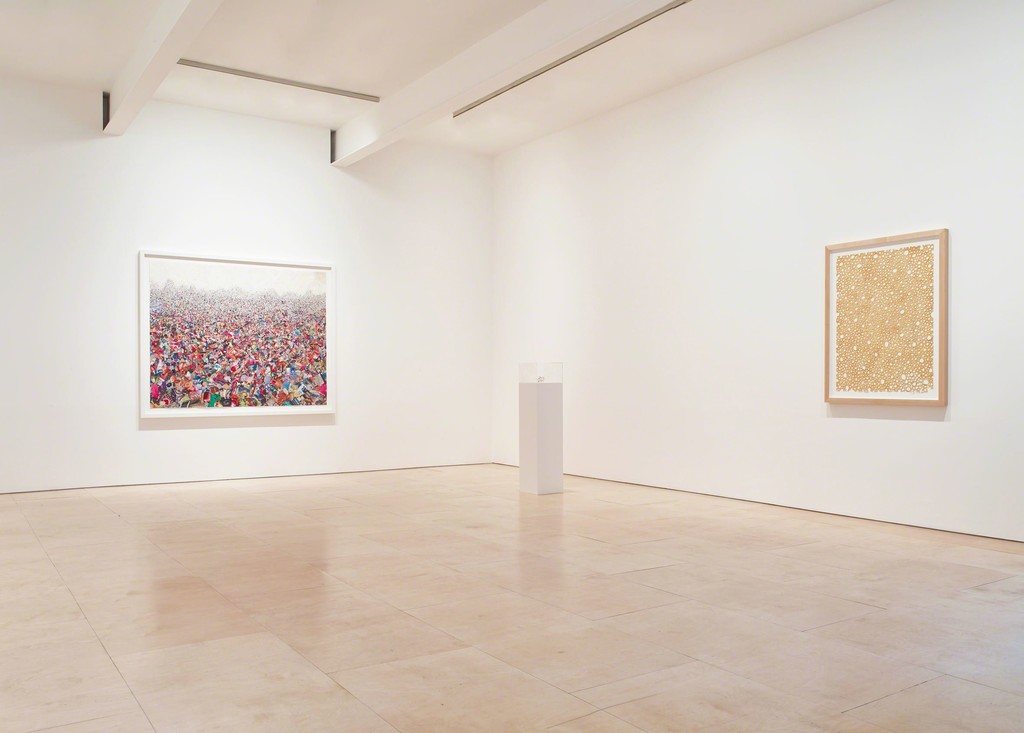 Stephen Friedman Gallery is delighted to announce a solo exhibition by Tom Friedman opening during Frieze week in London. Entitled 'Gravity', Friedman's fourth show with the gallery consists of new sculptures, drawings and paintings that hover in the space between the rational and the absurd, raising questions about both the making and viewing of art.

Friedman is celebrated for his unique and meticulous approach to art making. Painstakingly created, his works often appear pre-fabricated, before closer inspection reveals remarkable attention to detail and handicraft. The artist celebrates the acts of construction and destruction through an alchemic transformation of unexpected materials, including Styrofoam and flock. In his artworks, materials and concepts explode and implode both literally and metaphorically.

Using the theme of ‘Gravity' as a starting point, Friedman toys with both this physical force and the idea of playful profundity. What in reality might appear dangerous or serious becomes witty and extraordinary when the material, method and presentation are re-considered. Friedman delights in the multiplicity of meanings inherent in each work and welcomes the viewer's unique interpretation of title and image.

This is particularly evident in the work ‘Green Rock' where a huge boulder hovers above us as if suspended in time while falling from another planet. The remarkable trompe l'oeil effect with which Friedman imbues this work makes us believe we are face to face with a real boulder. In fact, this work is fashioned out of carved Styrofoam and paint. Installed in its own gallery, the boulder is immediately intimidating before transforming into an object exuding wit and wonder. In stark contrast, ‘The Fall' presents a slick representation of black paint falling from an invisible point above a plinth like a suspended waterfall. Viewed from the side, the work looks like a thin layer of tumbling paint but it is in fact plaster, cast from a mould and spray-painted a glossy black. While different in media and form, both works appear to be under the influence of strange and external forces through each unique process and their perceived permanence.

Throughout the exhibition humble materials are pulled apart, exaggerated and transformed into a variety of objects, as evident in the Styrofoam works ‘Mad House' and ‘Tombstone'. In ‘Mad House', a lengthy process involving cutting, blow-torching and painting results in a multi-textured and layered collage of colours. The overall composition, while seemingly random, refers to Paul Klee's pointillist masterpiece ‘Ad Parnassum'. In Klee's painting, the colours and brushmarks define the appearance and here Friedman revels in using a completely different process to conjure the same result.

In contrast, the sculpture ‘Tombstone' consists of a ghostly white headstone which stands perfectly upright on the gallery floor. Its smooth and colourless surface is ruptured by what appears to be a bullet-hole in its corner but, on closer inspection, the hole is framed by multiple layers of different snowflake forms. The precision of their outlines offers the work an elegance and delicacy that undercuts the darker narrative. Initially both ‘Mad House' and ‘Tombstone' appear to be made of a whole piece, but are actually comprised of multiple parts precisely disassembled and re-assembled by the artist's hand.

Over a twenty-five year career, Friedman's work has been viewed together as a form of a giant self-portrait and this recurring focus is specifically explored here in ‘Self Portrait'. A column of billowing plaster rises upwards, as if about to either erupt or tumble in on itself, towards a tuft of the artist's hair that hangs above it. This abstract portrayal is a playful nod to Brancusi's ‘Endless Column', teetering at the artist's head height and defying gravity. The result is a unique and important piece that joins Friedman's long line of self-portraits rendered in unexpected and unassuming materials.

Completing the show is ‘Tightrope Walker' where a miniscule figure hand-carved in wood balances precariously, defying gravity, on a thin wire holding a pole. While the work is not a self-portrait, it reflects both the thin line Friedman's oeuvre traverses between reality and illusion and his desire for the audience to literally look closer and for longer. This raises important questions about paying attention, about how we spend our time, and about the pleasures of small transformations producing a sudden, unexpected beauty.
Friedman's largest and most ambitious UK exhibition to date shows all the hallmarks of his established practice as he, to quote New York Times critic Roberta Smith, continues to 'raise wonderful questions about the making and seeing of art.'