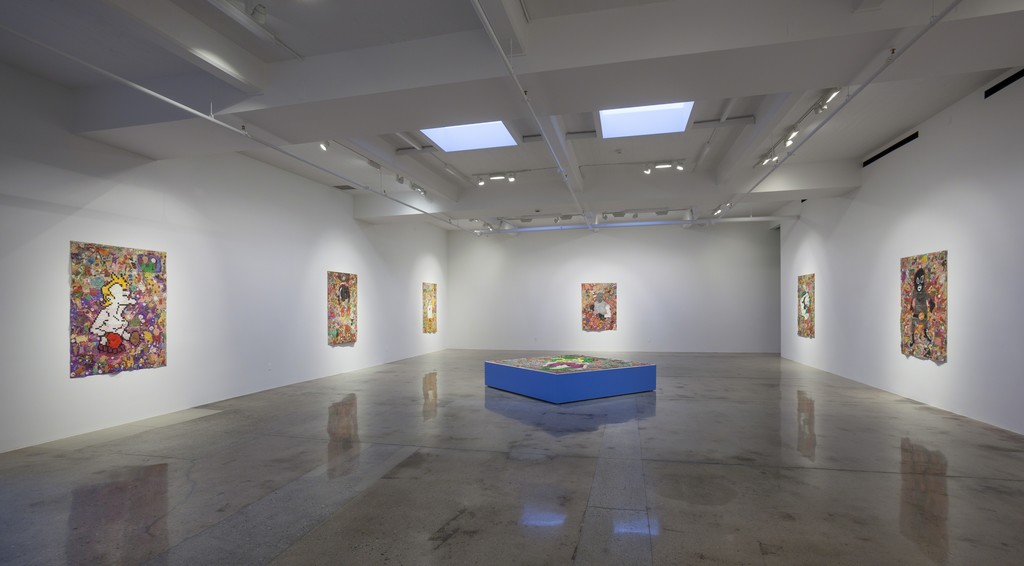 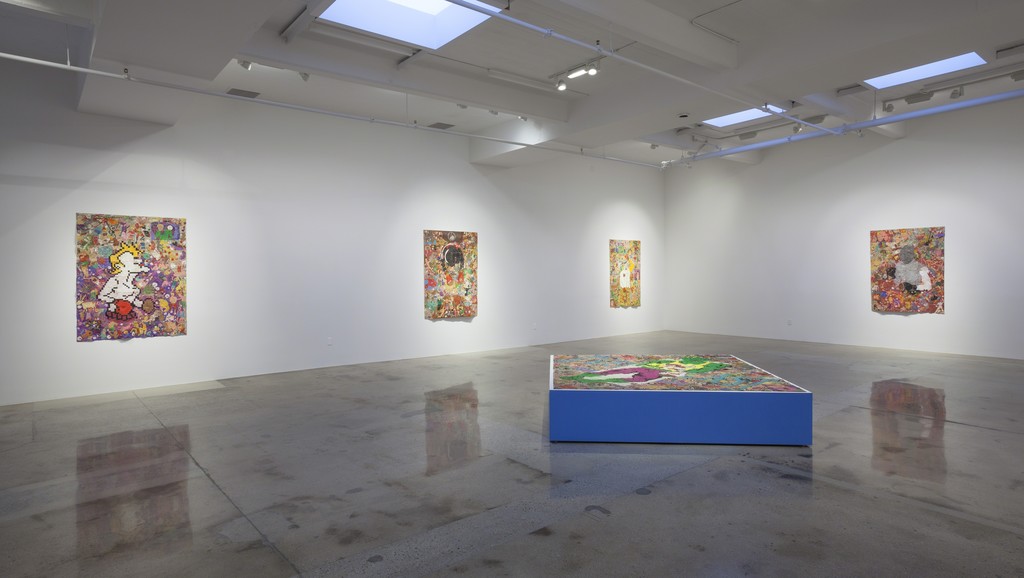 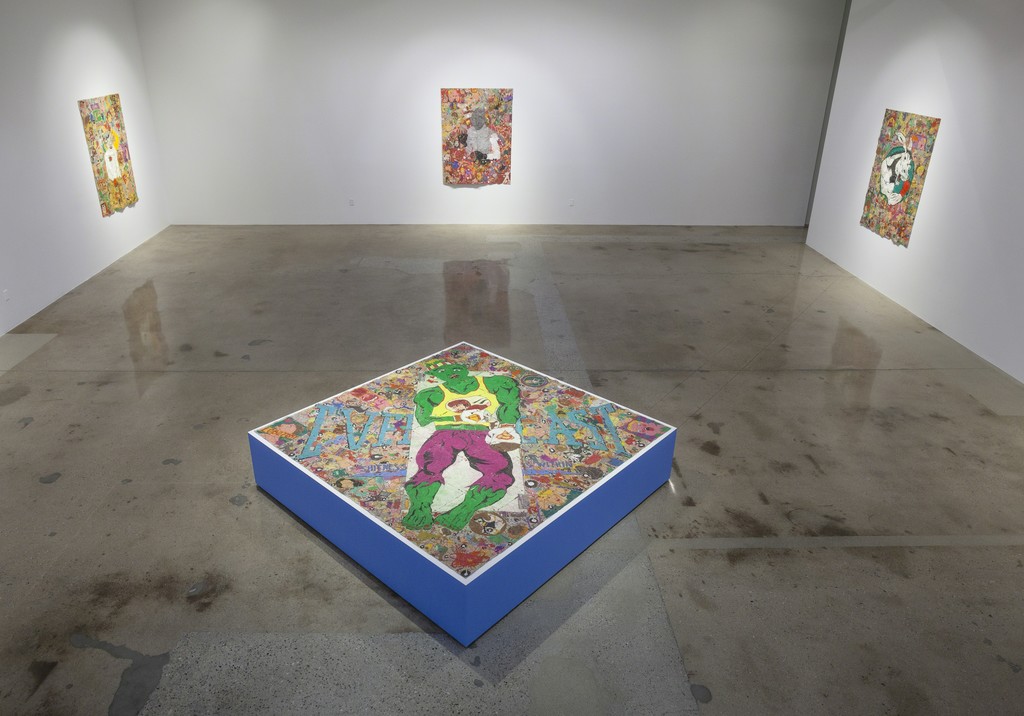 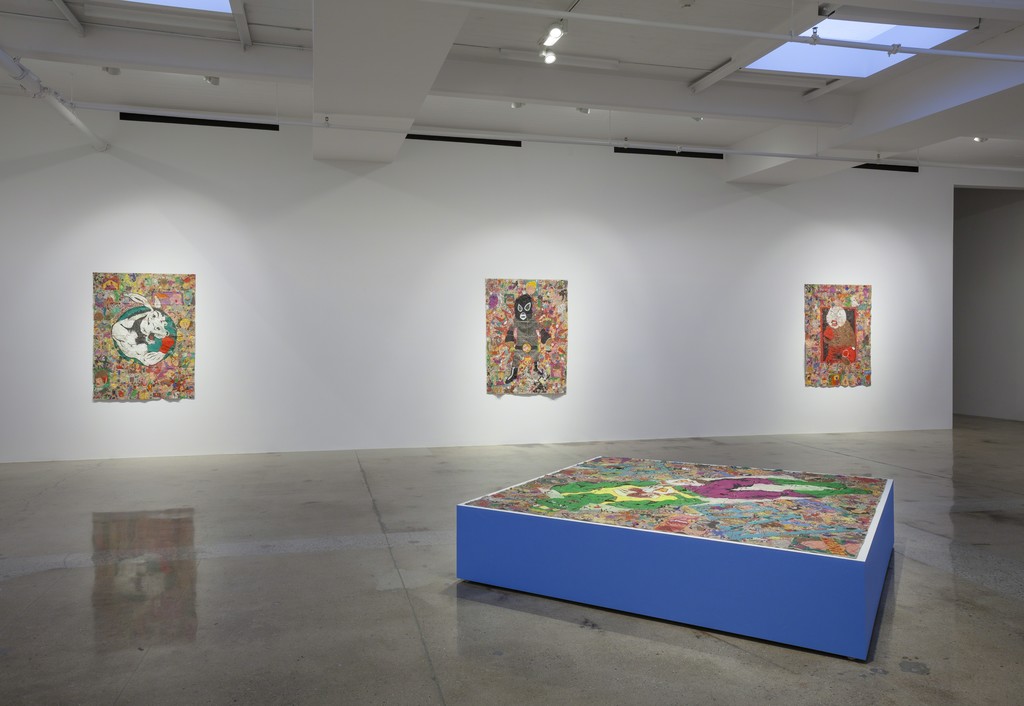 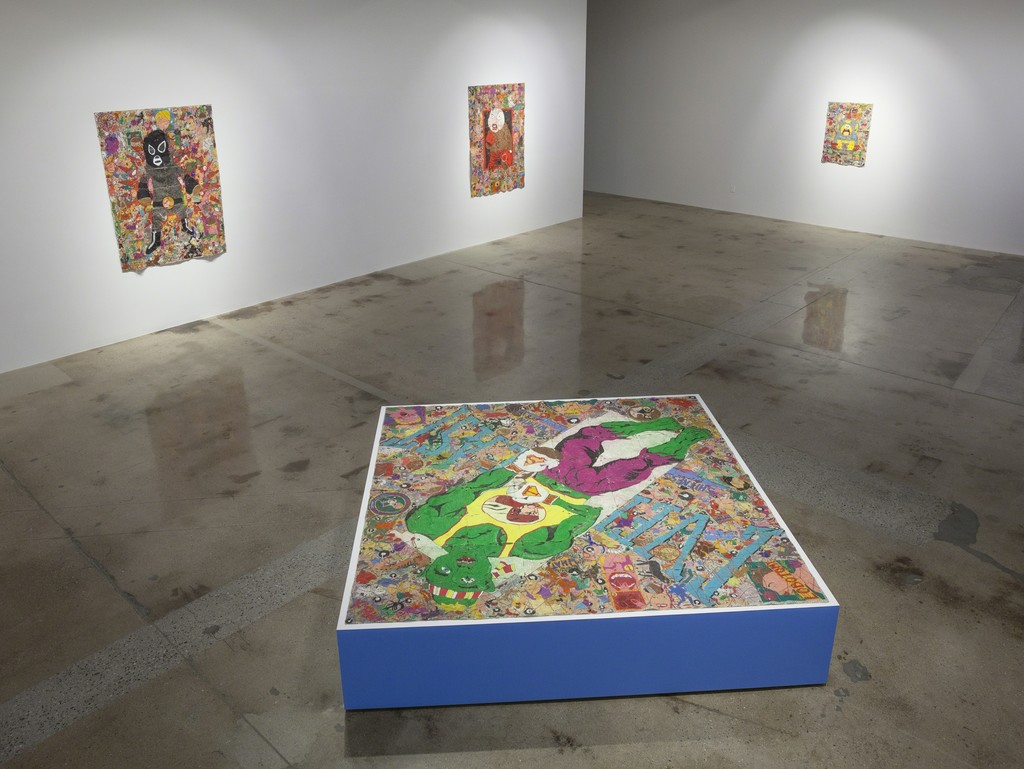 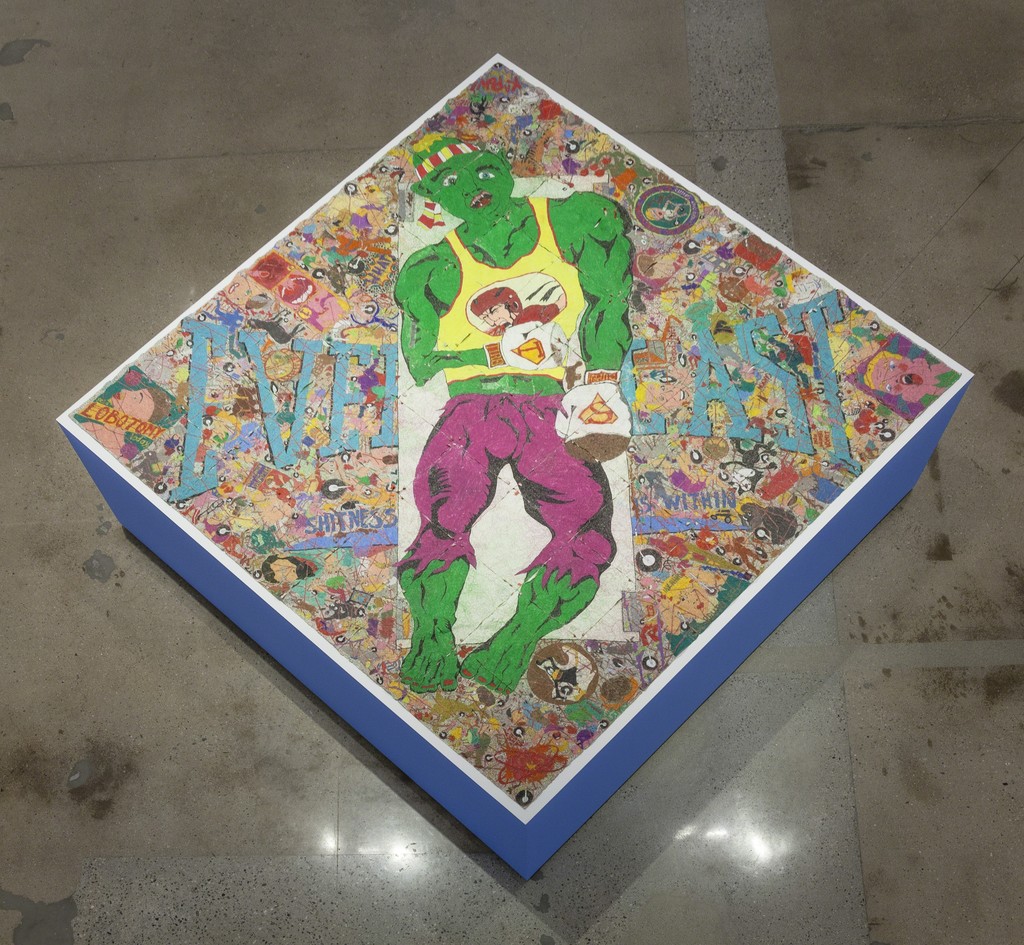 Steve Turner is pleased to present Tight Rope, a solo exhibition by Medellín-based artist Camilo Restrepo, whose works expose the uncontrollable, repetitive psychic battles that occur inside our heads as well as the destructive, real-world combat created by the drug wars in Colombia.

Each drawing features a boxer whose gloves reveal a lobotomized brain and a long rope that entangles every figure throughout the drawing. This rope also wraps around pulleys thereby creating stuck mechanisms that are full of cartoon-like characters and dysfunctional brains—all are involved in fights, violent situations and aggressive behaviors; in addition, they are all surrounded by nonsensical handwritten text.

The work is composed of square sheets of paper that Restrepo taped together before drawing on them. After he finished drawing, he separated the sheets and crumpled each one until all of the paper fibers were exhausted—the resulting texture of the paper is similar to that of a well worn piece of paper money. He then reattached the sheets with tape, but through the crumpling process, the drawing changed dramatically—the finished pieces are no longer flat, and as such, have acquired volume. They could hold air, and they appear tired and floppy.