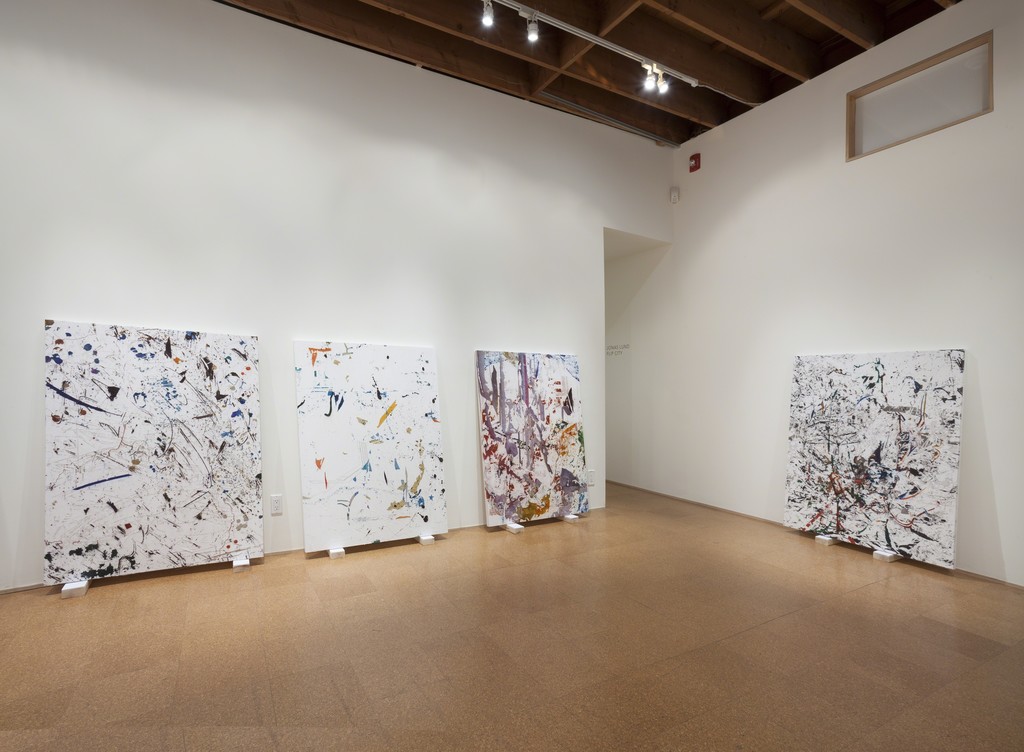 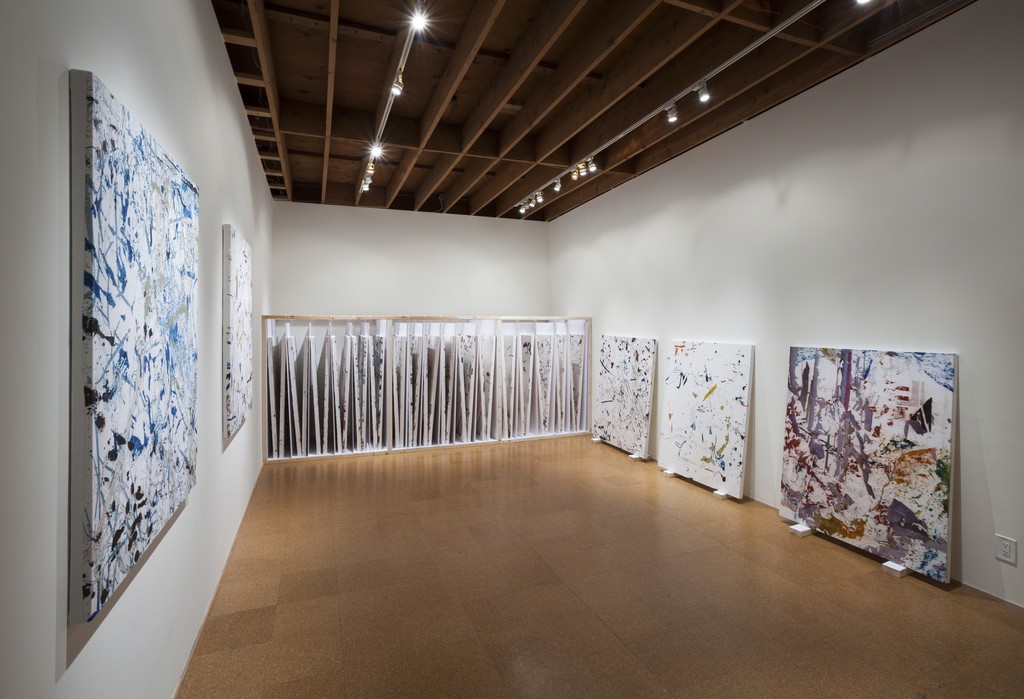 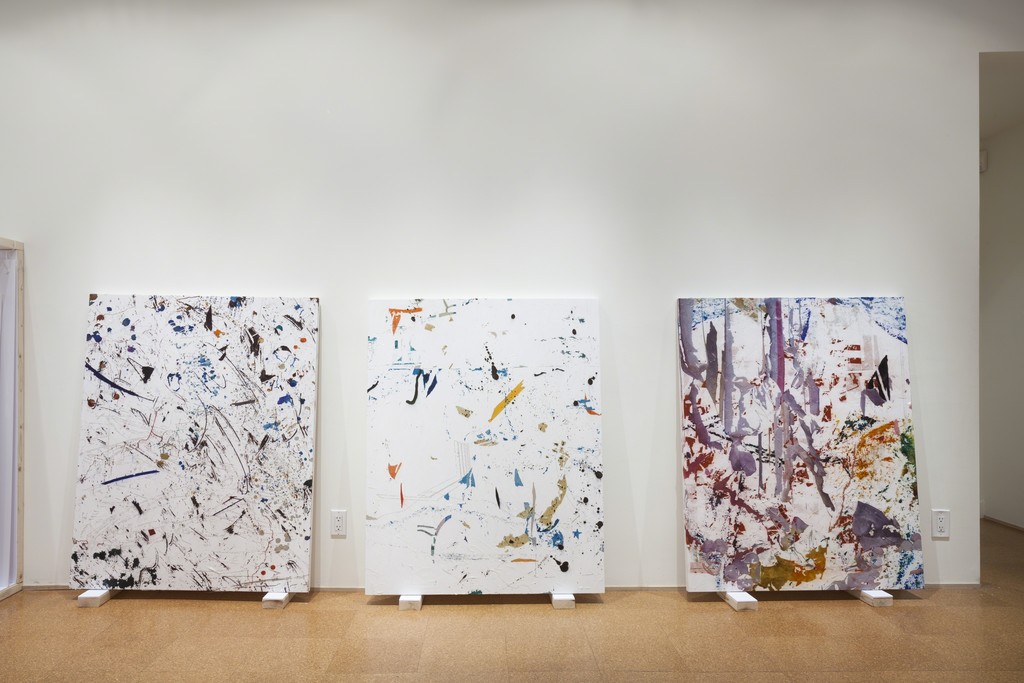 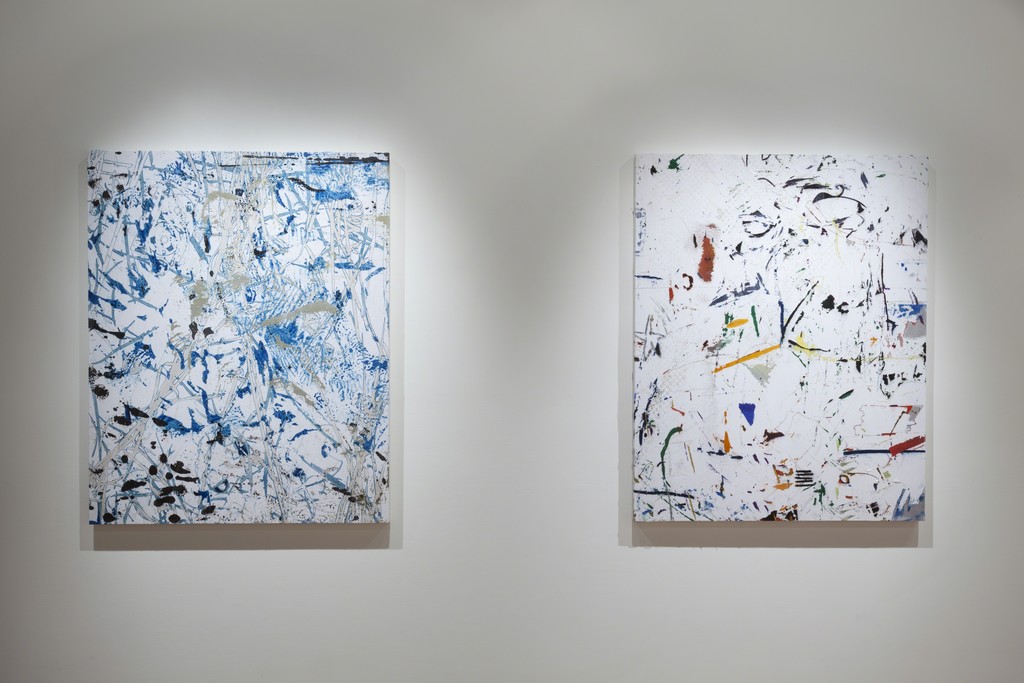 Steve Turner Contemporary is pleased to present Flip City, a solo exhibition by Amsterdam-based artist Jonas Lund, who will present a group of paintings that are inspired by the current appetite for process-based abstraction; the related trend of collectors/investors buying such works to flip them quickly for a profit; and the central role that Los Angeles has played in both realms.
For Flip City, Lund will create forty digital paintings, of which a selection will be on view during the run of the exhibition and the others will be presented at art fairs in Europe, Latin America and the United States during the next twelve months. Each work has elements sampled from paintings by other emerging artists, yet Lund’s works are so thoroughly remixed that only a very astute observer might see familiar passages. Lund will install a GPS tracking device on the stretcher bar of each painting so that he can track its movements and approximate whereabouts. He will also maintain a website (flip-city.net) with this information in the years to come.
Jonas Lund (born 1984, Linköping, Sweden) creates paintings, sculpture, photography, websites and performances that incorporate data from his studies of art world trends and behavior. He earned an MA at Piet Zwart Institute, Rotterdam (2013) and a BFA at Gerrit Rietveld Academy, Amsterdam (2009). He had a solo exhibition at Showroom MAMA, Rotterdam (2013); and has had work included in numerous group exhibitions including at Eyebeam, New York; New Museum, New York, Xpo Gallery, Paris; Van Abbemuseum, Eindhoven and De Hallen, Haarlem. His work has been written about on Rhizome, Huffington Post, Furtherfield and Wired.