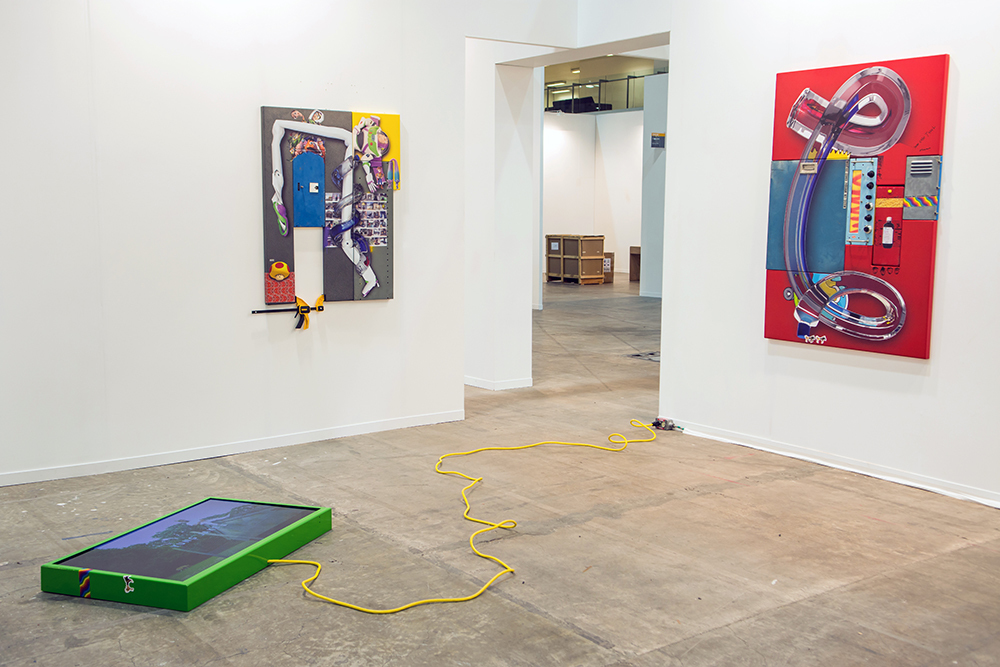 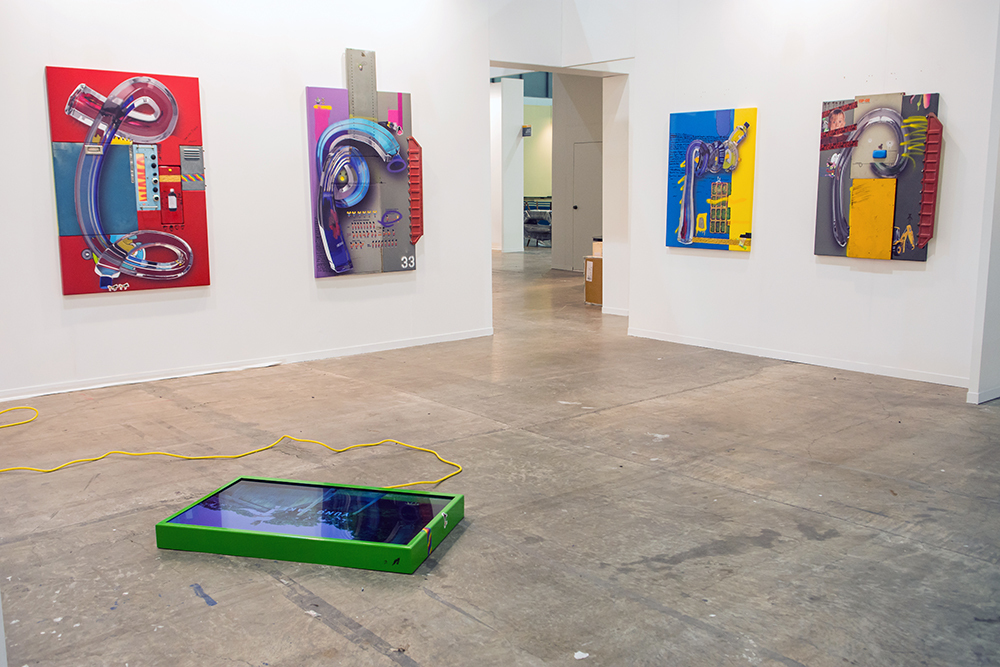 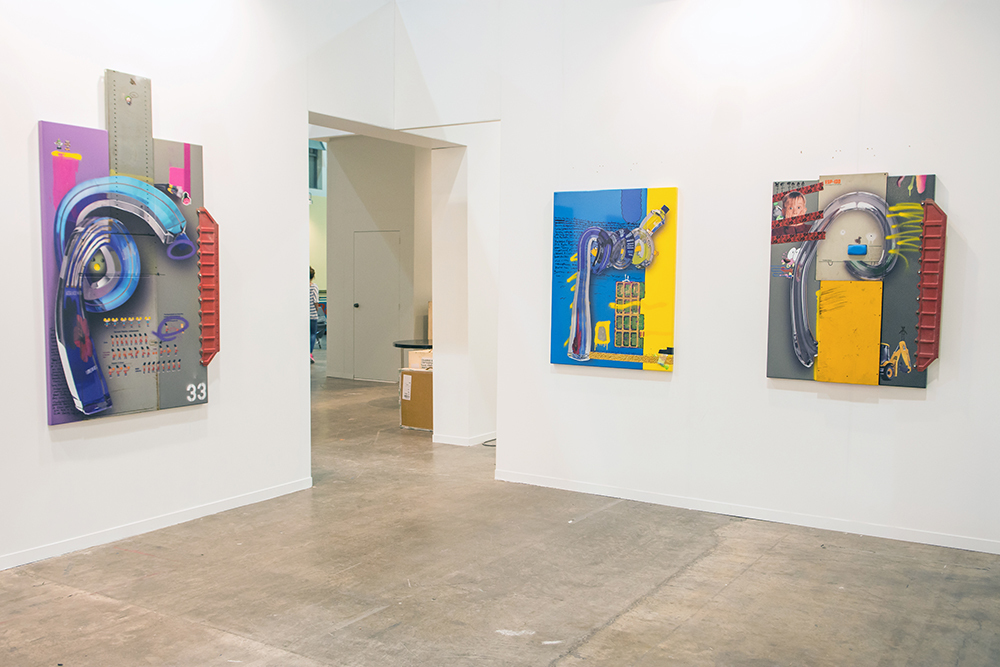 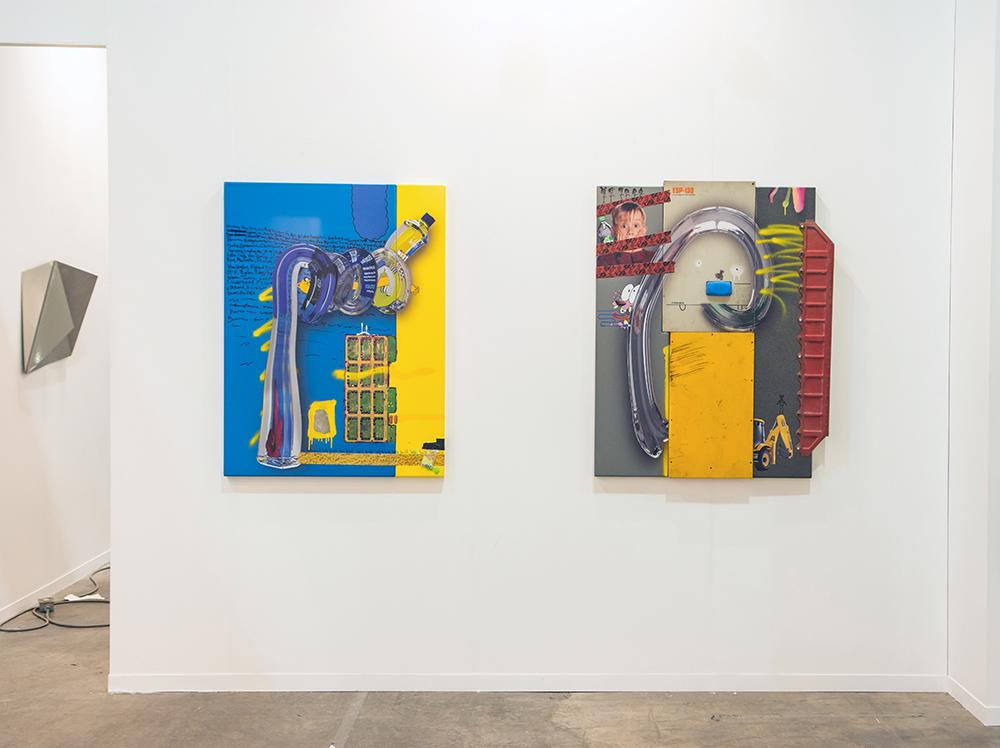 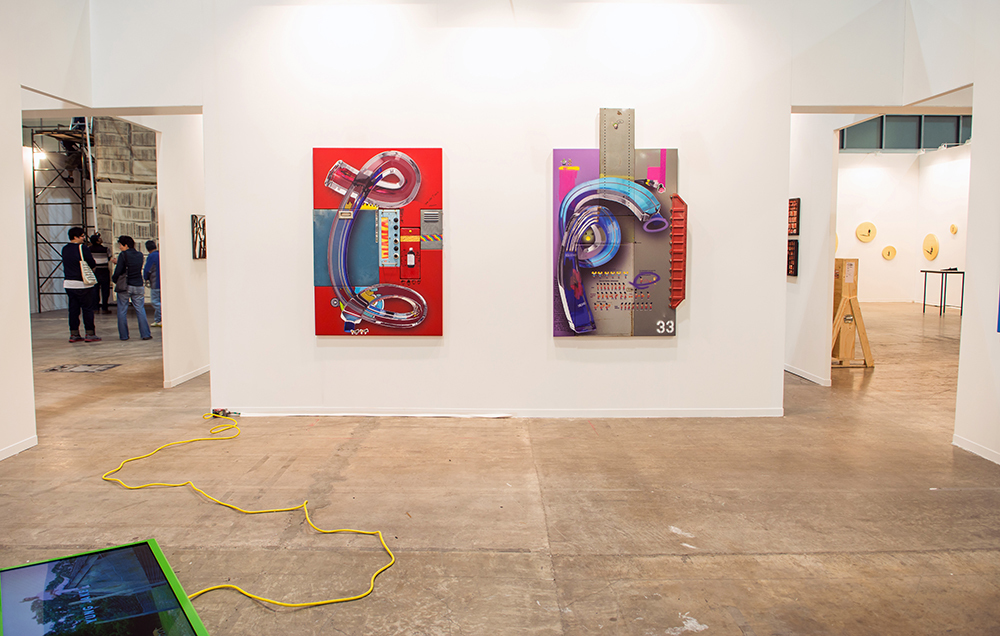 Steve Turner is pleased to announce the gallery’s participation at the 2017 edition of Zona Maco, Mexico City with TM6, a solo booth of new paintings and video by Los Angeles-based Yung Jake. The artist’s newest works combine painting, drawing and digitally printed imagery of twisted bottles of water on found metal and colorful airbrushed steel panels.

Yung Jake was established on the Internet in 2011 and earned a BFA at CalArts in 2012. He first became well known for his rap videos that integrate the worlds of hip-hop, technology, social media and contemporary art. Datamosh (2011) parodied the trend in music video of datamoshing (a digital technique that distorts images) while playing to a contemporary digital art audience. In E.m-bed.de/d (2012), he commented on the pursuit of Internet fame. Yung Jake has had three solo exhibitions at Steve Turner, Los Angeles (2014, 2016). His work has been screened at Sundance (2013) and he has performed in Los Angeles at the Hammer Museum and REDCAT (2013); Museum of Contemporary Art (2014), J. Paul Getty Museum (2015) and in New York at MoMA (2016). In 2017, his work will be included in ARS17, Kiasma Museum of Contemporary Art, Helsinki and he will have his fourth solo exhibition at Steve Turner, Los Angeles.