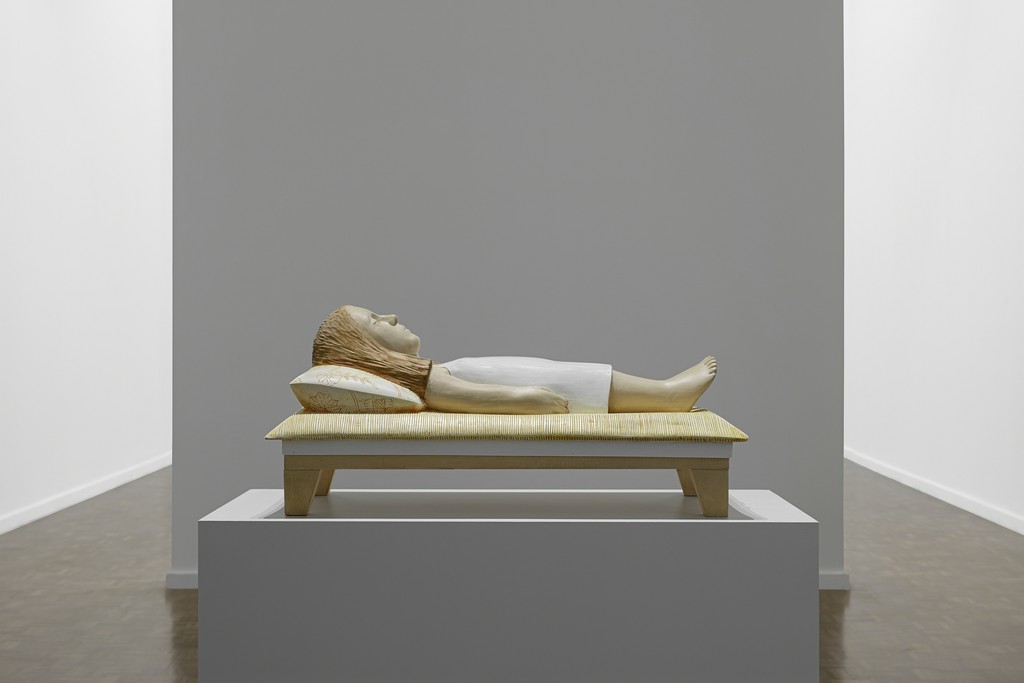 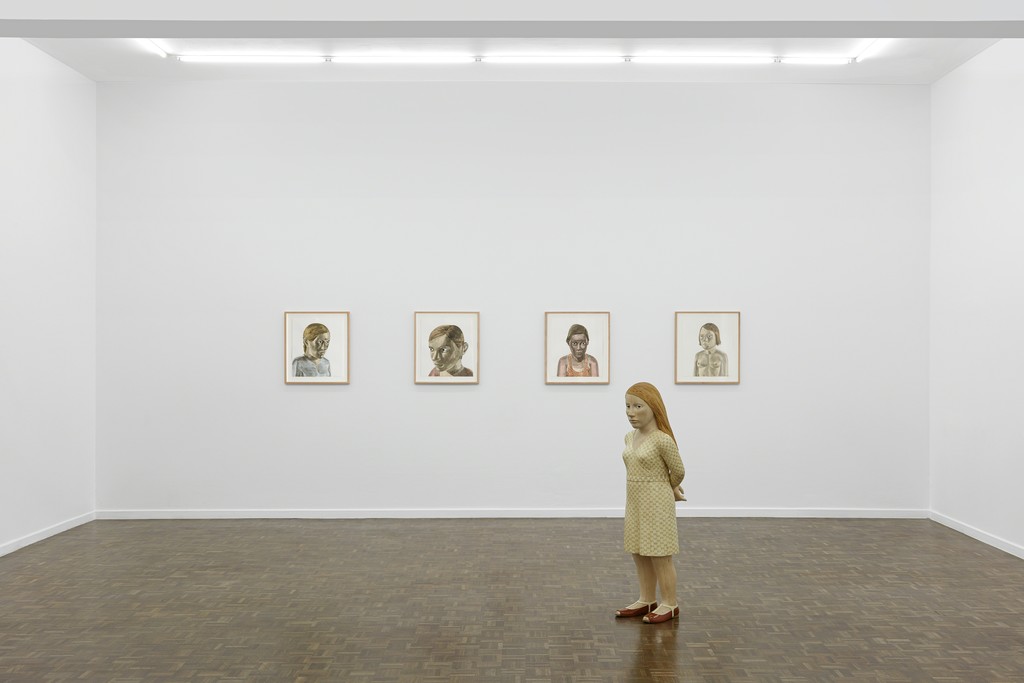 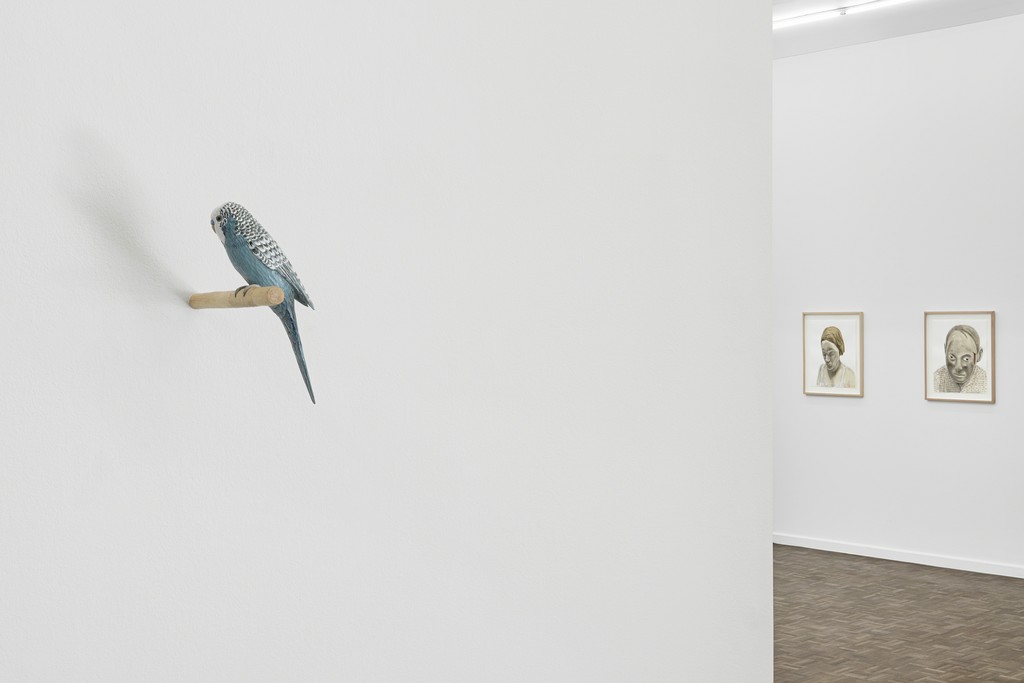 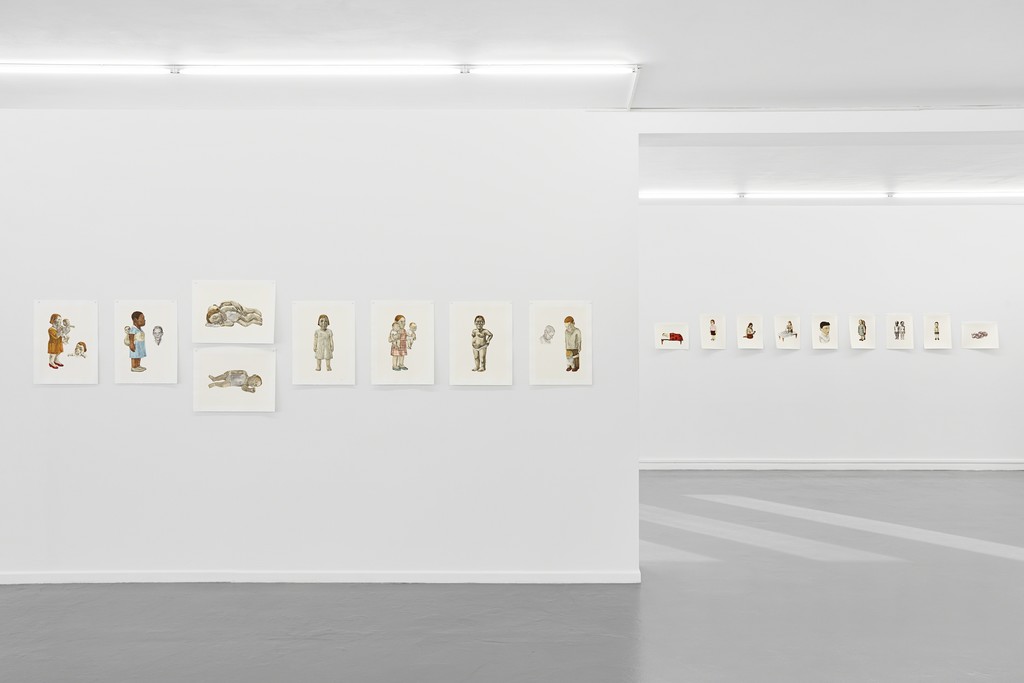 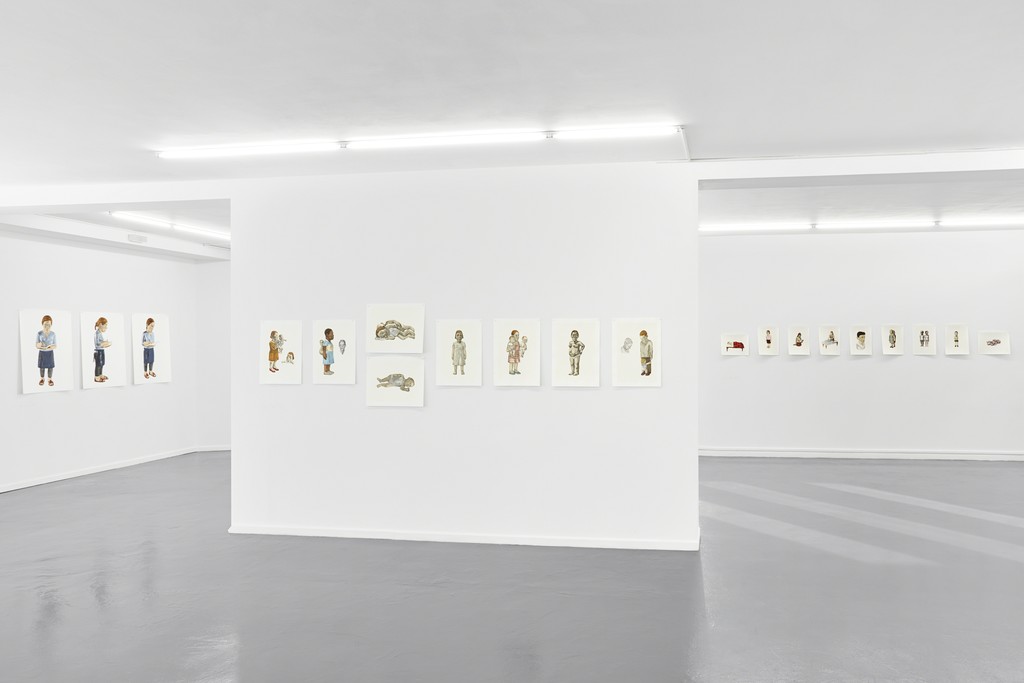 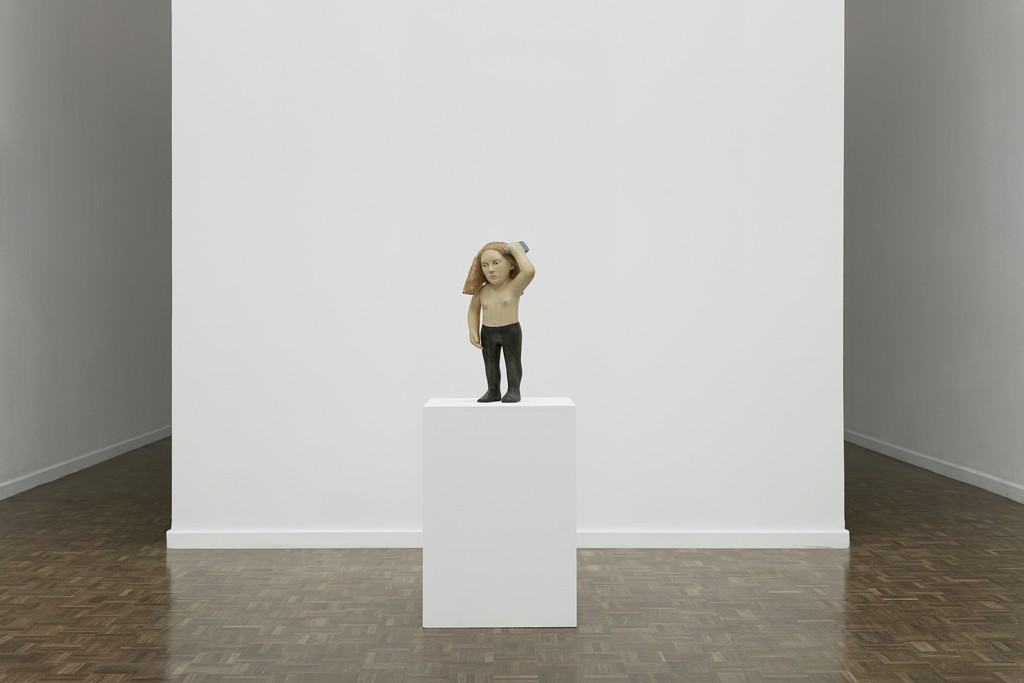 The title is drawn from the exhibition’s central figure, The Guilty Bystander, a large new sculpture in wood, and finds resonance throughout Schreuders’ oeuvre.

In contemplative posture, hands clasped behind her back, The Guilty Bystander is an observer, separate yet implicated in her surrounds. Her counterparts appear in earlier bodies of work: in the socially awkward Mingle (2000) from Burnt by the Sun; in the bust of Olive Schreiner, The Writer (2002), from Crying in Public; in The Bystander (2006) who stood apart from the earthly melodramas of The Fall. For Schreuders, the detachment embodied by these figures is a bit like the realm of art itself – set apart from the ‘mess’ of life, the entanglement represented by families, relationships, babies … Two other new sculptures, positioned in the back gallery, show a smaller female figure lost in her own world – absorbed in the act of grooming herself in Hair, and stretched out asleep, on top of a bed, in Spent.

While The Guilty Bystander stands alone in the central gallery, she is surrounded by ink portraits of previous sculptures in which she finds aspects of herself – new perspectives, given the passage of time and a growing sense that, isolated as these characters appear, there is no such thing as separation from others, from society. This self-reflective view continues upstairs with a retrospective of around 70 lithographic prints produced with master printmaker Mark Attwood of the Artists’ Press since 2003, shown together for the first time. In Schreuders’ 2011 monograph, Faye Hirsch wrote:

Schreuders considers her lithos ‘records’ of the sculptures, which, after all, are ‘something that leaves me’, as she has said. In their looseness of execution, they are akin to numerous sketches she makes for the sculptures, but they retain the formal reserve of the statues. In addition, each figure or group is placed at the centre of a blank sheet (actually a tissue-like chine collé adhered to the backing sheet during the printing process) as if surrounded by empty space, like the sculpture on which it is based. … On the one hand, the gestural, painterly treatment of the figures gives them a feeling of life; on the other, their clear ties to statuary seem to arrest them in time and space.
New lithographs are included here too, documenting the sculptural group Note to Self, shown in 2016 in New York – a self-portrait in the act of drawing, accompanied by portraits of the artists, writers, musicians and others who have informed her practice, among them Balthus, Alice Neel, Marlene Dumas and Brett Murray.

This is Schreuders’ fifth solo exhibition with Stevenson and her first at the gallery’s Johannesburg space.