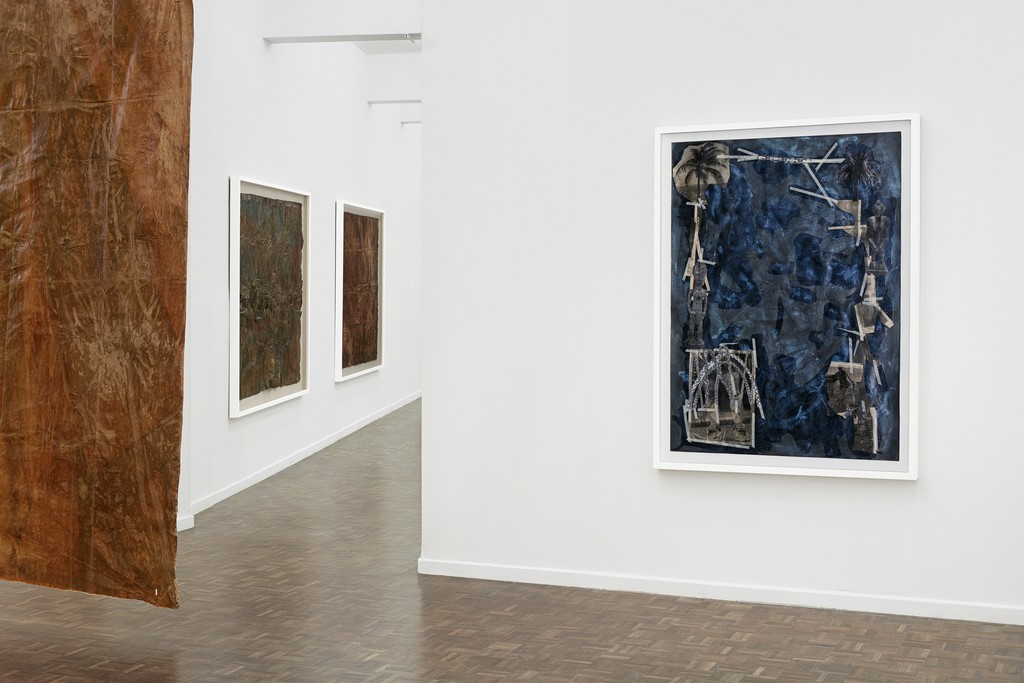 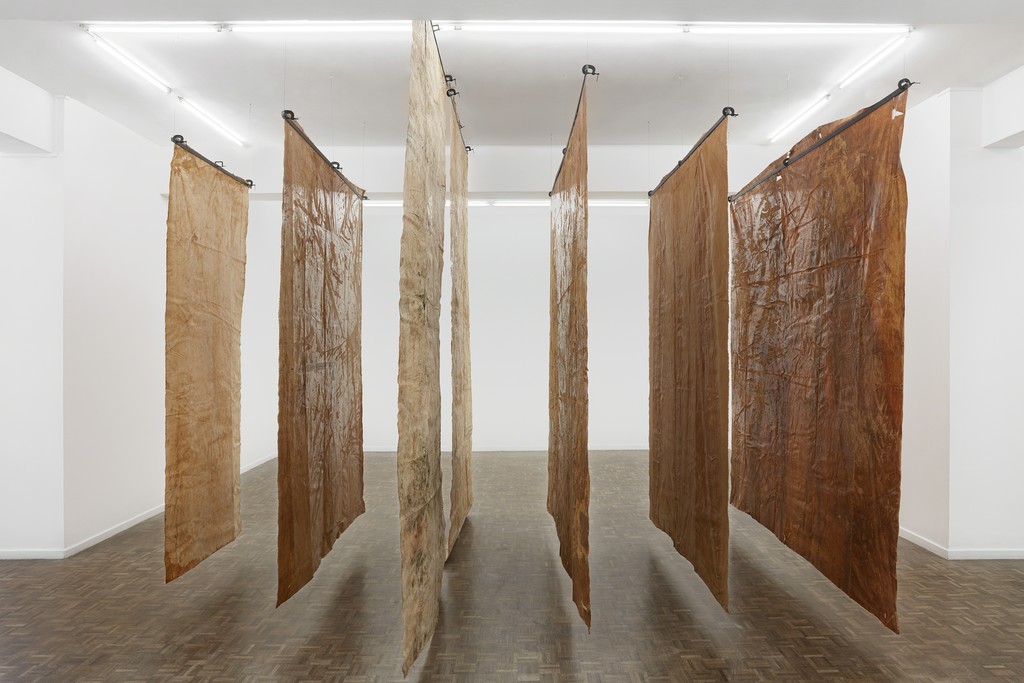 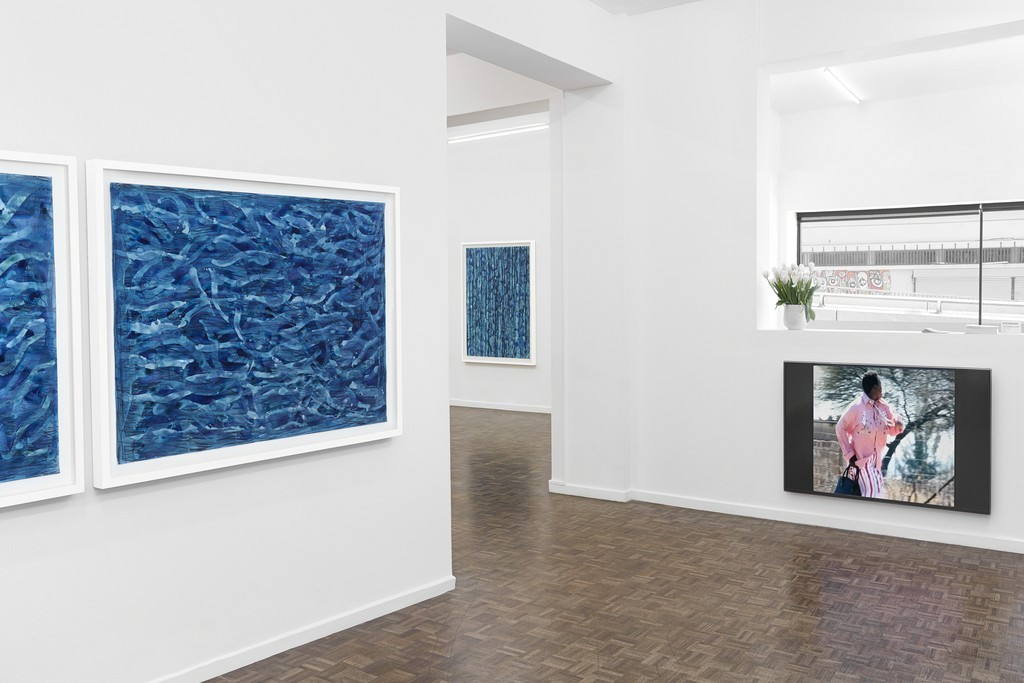 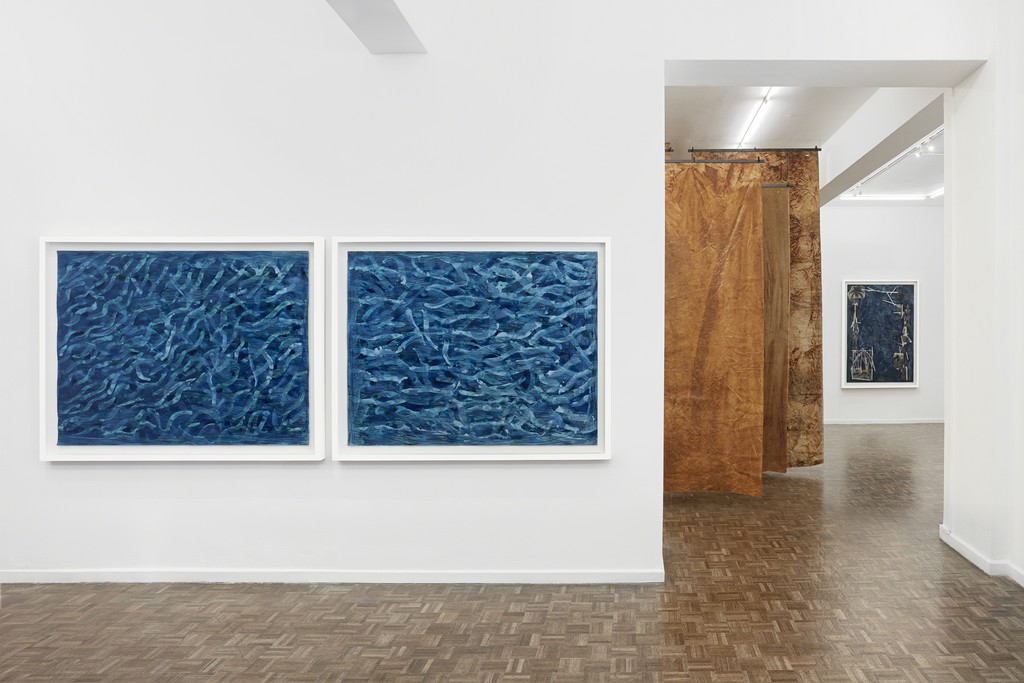 It is often remarked that Langa's work since the mid-1990s has interrogated land and public and personal politics through the mapping of territory and cultural environments. This exhibition explores these concepts in terms that are personal but not self-directed. Langa immerses himself in the process but allows it to evolve organically, engaging his work in a reflexive conversation. He says:

'I decided to find a way to capture the various ways in which I had made things, thought through things and tried to make meaning of things and the space I was in … It became paramount for me to have a studio practice in which I would explore various methods and see where they would lead me. I had no clear way of knowing where the various exercises would go; it was more important to see things before me because maybe then I would discover something about not only myself, but also the work.'

These works were produced in Paris and Amsterdam as Langa reflected on his past and in particular the landscape of his home town of Bakenberg as it changed with the onset of platinum mining. Taking on a new life in Johannesburg, his experiments become an articulation of the artist’s concerns with time, memory and the entanglement of context. Langa continues:

'I was able to collate things that were in some way important to me, and also experiment with other occupations that would happen within the studio. In this way I decided that perhaps the best way to describe my method and way of working was as quite fugitive as I do not start with anything concrete, nor aim at making a defining statement, but merely allude to forms as a means of record-keeping.'

Created using tape, tar and used sandpaper, featuring collages of spliced referents, his new works become a deliberate form of ‘time-keeping and time-marking in the absence of a concrete record. Fugitive marks the coming together of artist and process as symbiotic autonomies, questioning what it means to pay homage to and revisit specific geographies in the wake of incomplete recollection.

The exhibition will open on Saturday 19 August, 10am to 1pm. The artist will present a walkabout on Saturday 9 September at 11 am. All are welcome.

Thanks to the Cité internationale des arts in Paris for generously providing studio space to the artist during the production of this body of work.