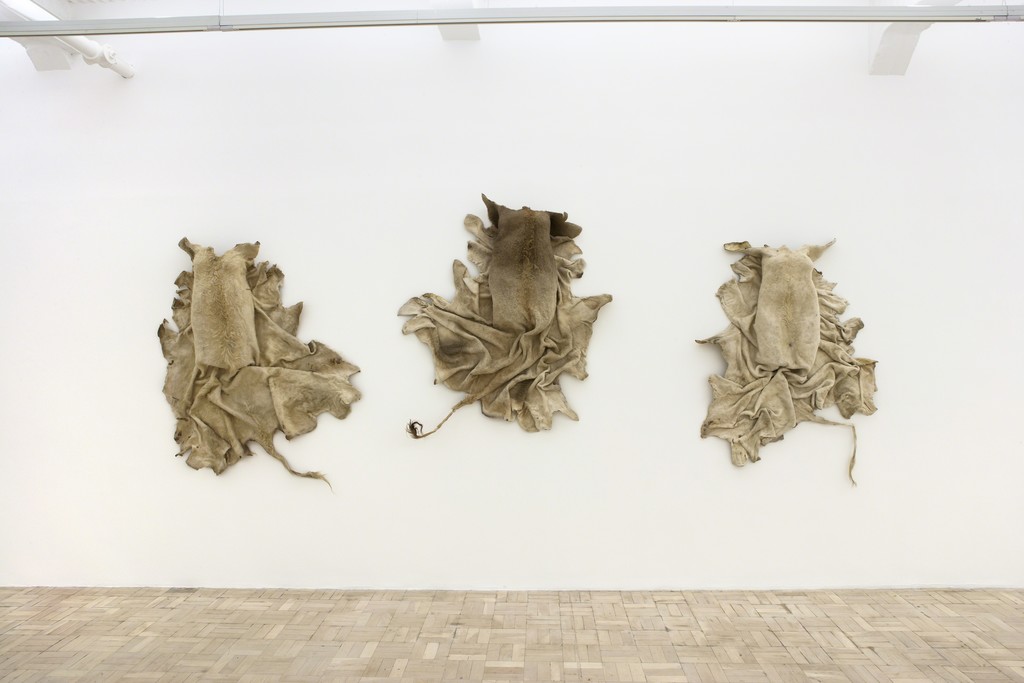 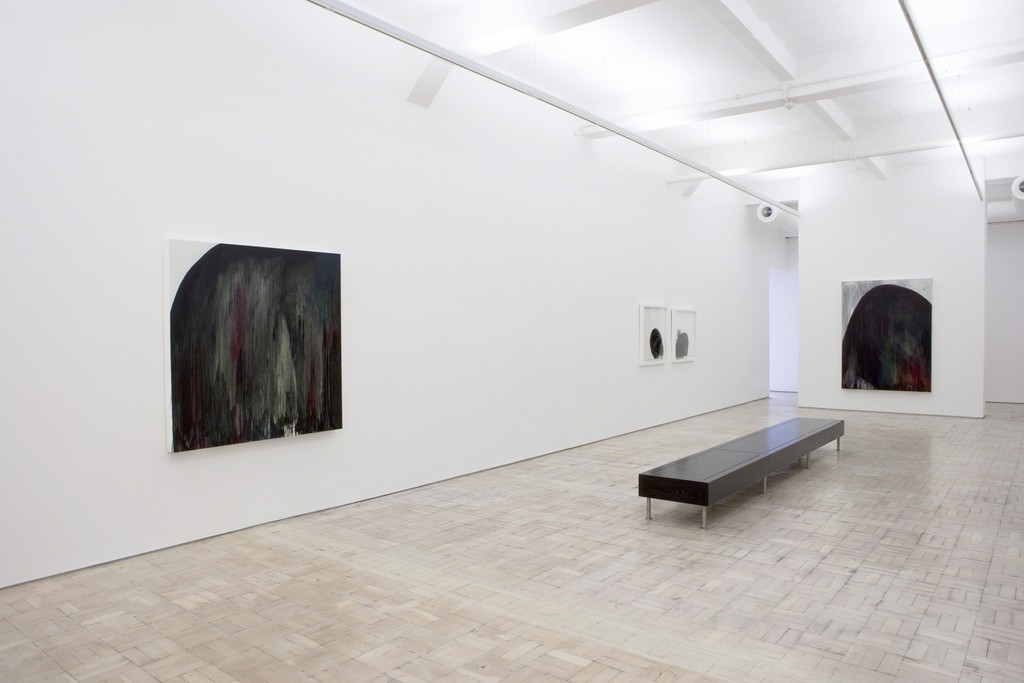 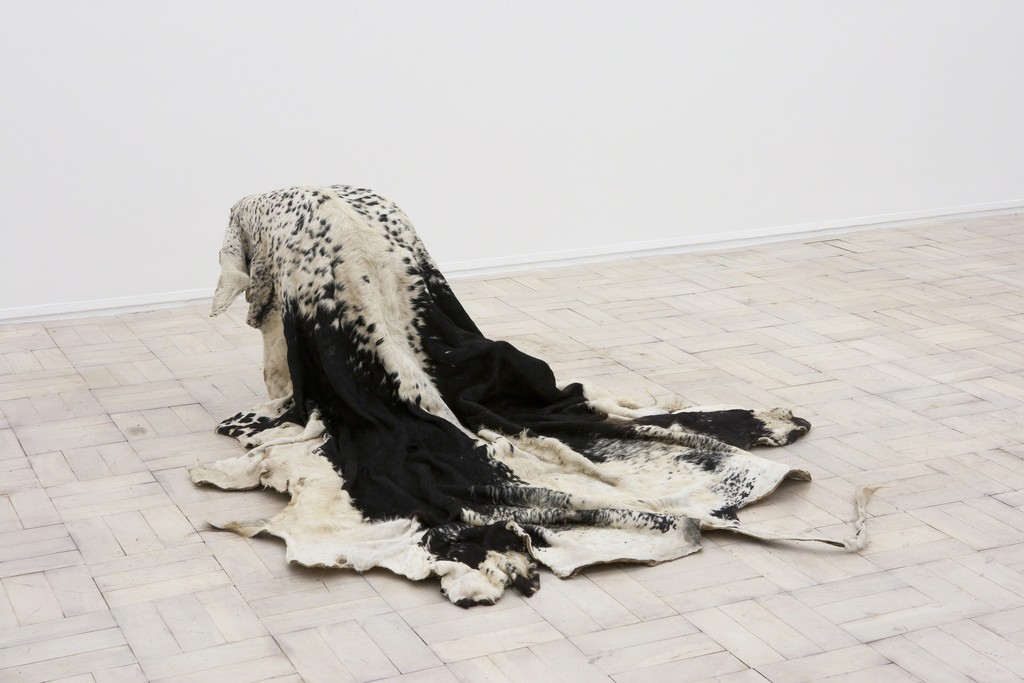 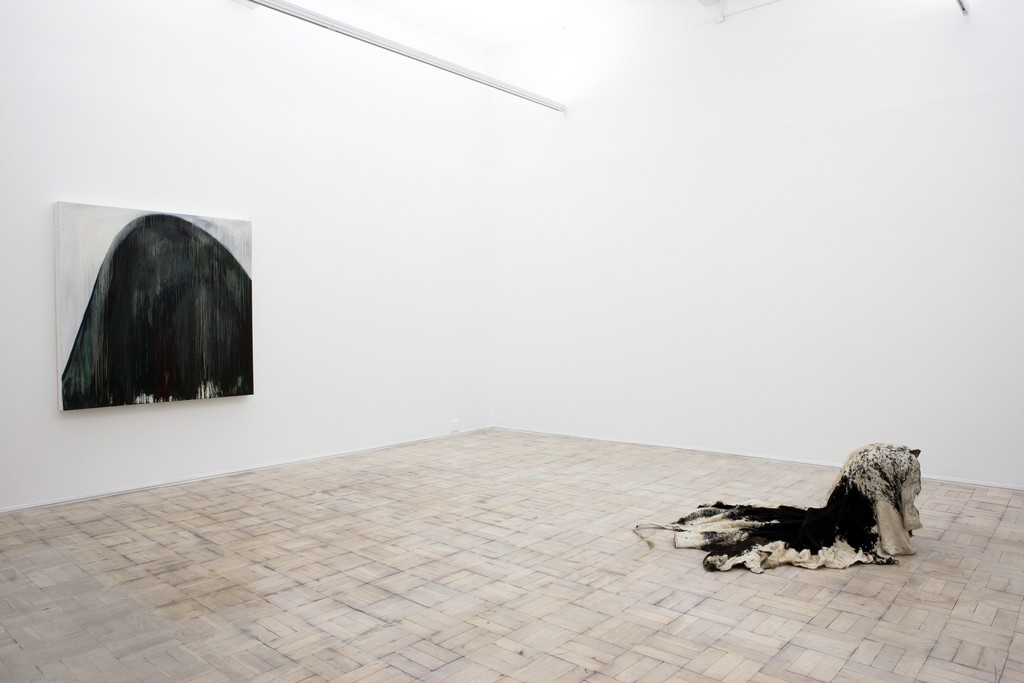 The exhibition comprises sculptures and drawings made with cowhide and cow hair, and paintings in oil on canvas. Unlike the distinctive figurative forms that the artist has previously made familiar to us, the drawings and paintings are abstract and ambiguous. They could also be perceived as parts or fragments of bodies such as bums, elbows, bellybuttons or toes, or the ears, nose, mouth, anus and vagina through which we draw in and expel life forces.

Mntambo describes the impulse behind The Unspoken:

The work I am making gives form to the loud silences in our lives that seem to be hidden but are actually in plain sight, if we choose to see them - or the conversations that one only ever has with oneself, even though others are having similar conversations, also with themselves. In terms of forms, I think of folds, holes, bumps, crevices and spaces that are indeterminate in some respect. They engage our attention and draw us into a space, but an element always remains hidden from view, never fully revealing itself. In this way we are reminded of the sentences that are edited out of our exchanges even though others may well be aware of our unspoken thoughts and feelings.
Born in Swaziland in 1982, Mntambo graduated from the Michaelis School of Fine Art, University of Cape Town, with a Masters degree in Fine Art in 2007; she lives in Johannesburg. Her first solo exhibition, Ingabisa, took place at Michael Stevenson in 2007, followed by The Encounter in 2009 and Umphatsi Wemphi at Brodie/Stevenson, also in 2009. She is the Standard Bank Young Artist for Visual Art 2011, with a solo exhibition titled Faena touring the country until September 2012. Her work is included on ARS 11 at Kiasma Museum of Contemporary Art, Helsinki (2011); other recent group exhibitions include the 17th Biennale of Sydney and the 9th Dakar Biennale in 2010; Peekaboo: Current South Africa at the Tennis Palace Art Museum, Helsinki (2010); and Undercover: Performing and Transforming Black Female Identities at Spelman College Museum of Fine Art, Atlanta (2009).