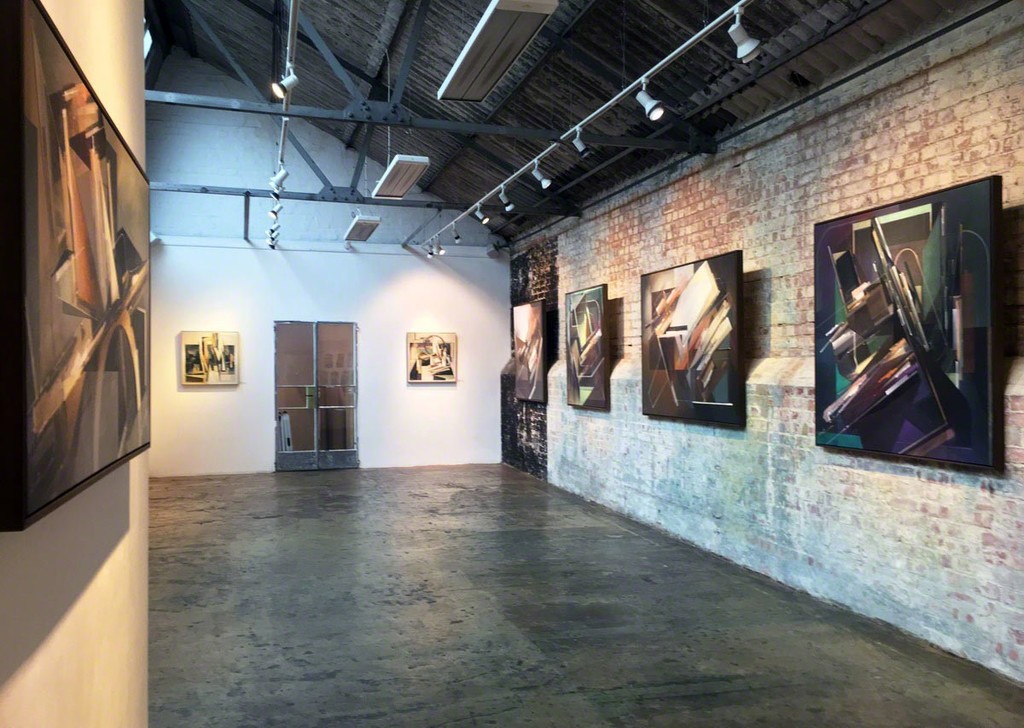 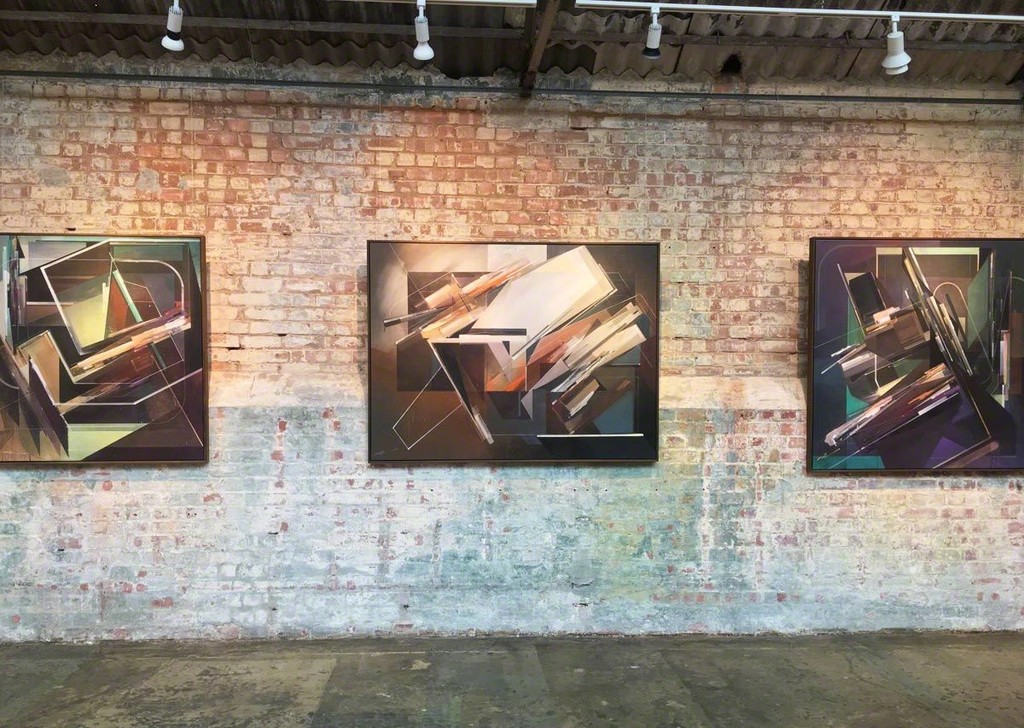 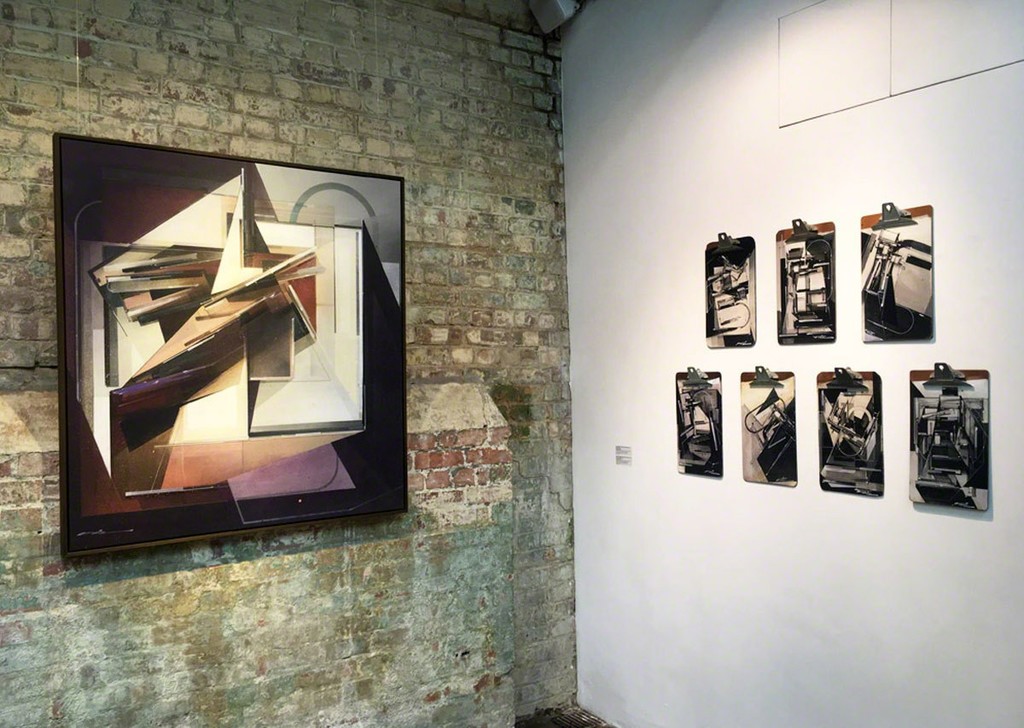 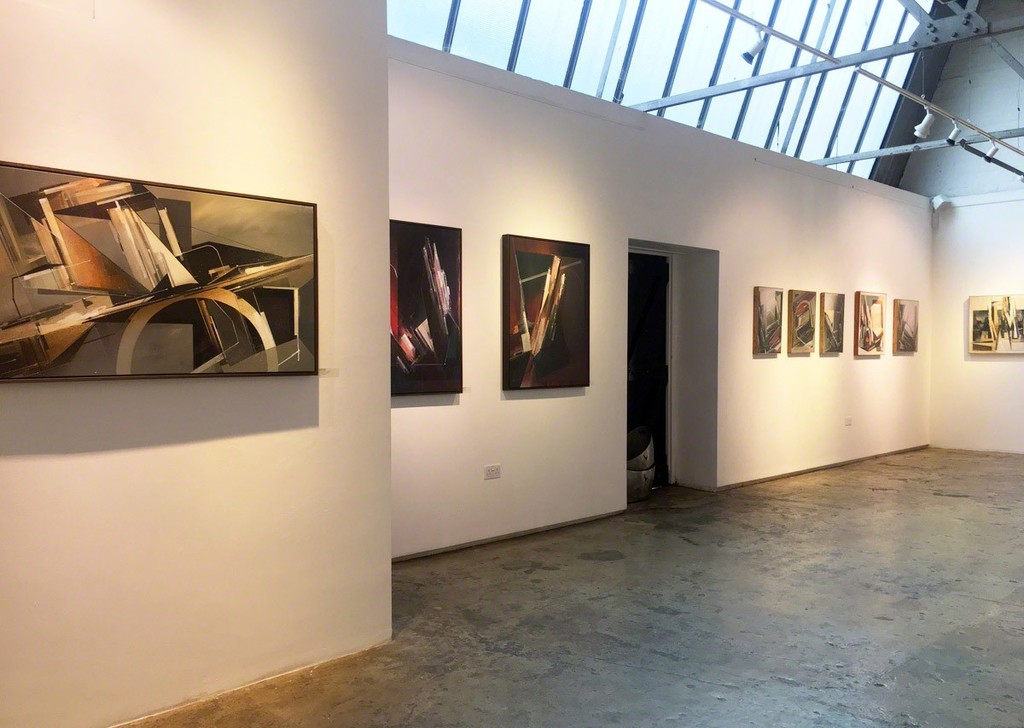 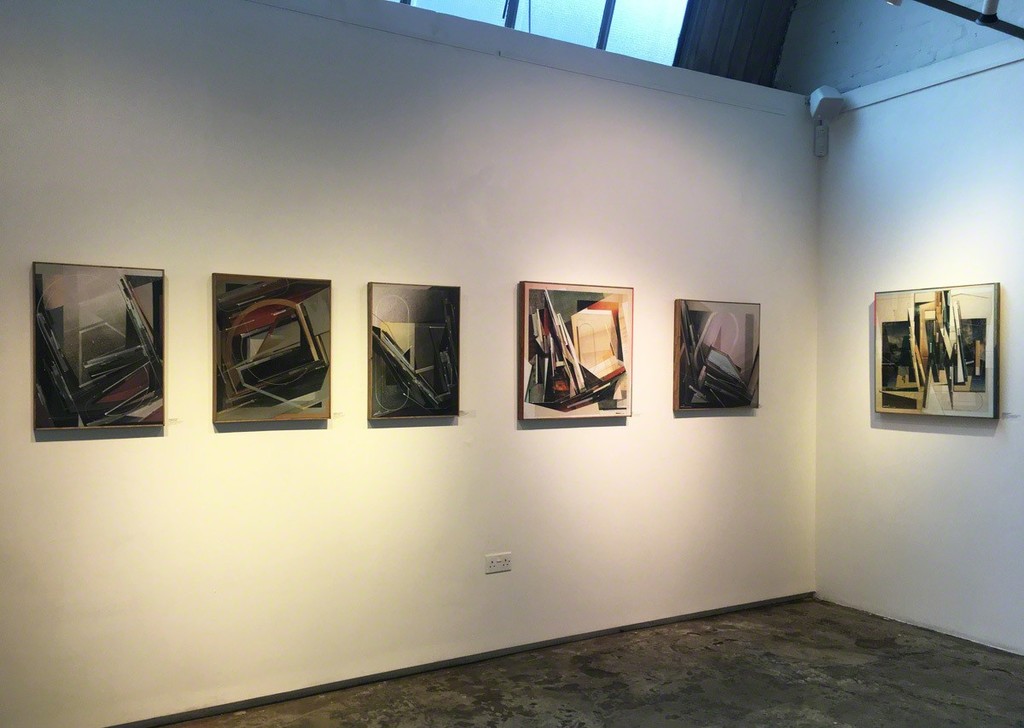 Having lived in the foothills of the San Gabriel mountains in Los Angeles County, Southern California, this new series of painting and collage by Kofie explores transition and juxtaposition. Created during fall/winter, this new body of work is inspired by the low winter sun rising against the mountain, the sky opening up, the change in colour, and wet wood after rain.

The palette builds on the fundamental contrast of darkness and brightness: starting from a darker base and building towards light. The dark, earth tones refer back to an architectural, hard-edge aesthetic; the jewel tones emerge from them in a new version of the dichotomy of infrastructure and nature, with which Kofie’s work constantly battles.

Kofie’s mechanical details as always, are there, but the work this series is more painterly. The first base layer is made by free styling, gestural brushstrokes with fast momentum. The second layer is structural and technological, at times interacting with the base, at other times hovering over it. The third layer, through the use of overspray, is an atmospheric overlay.

This series is not darkness as pessimism, but rather optimism in difficult times.