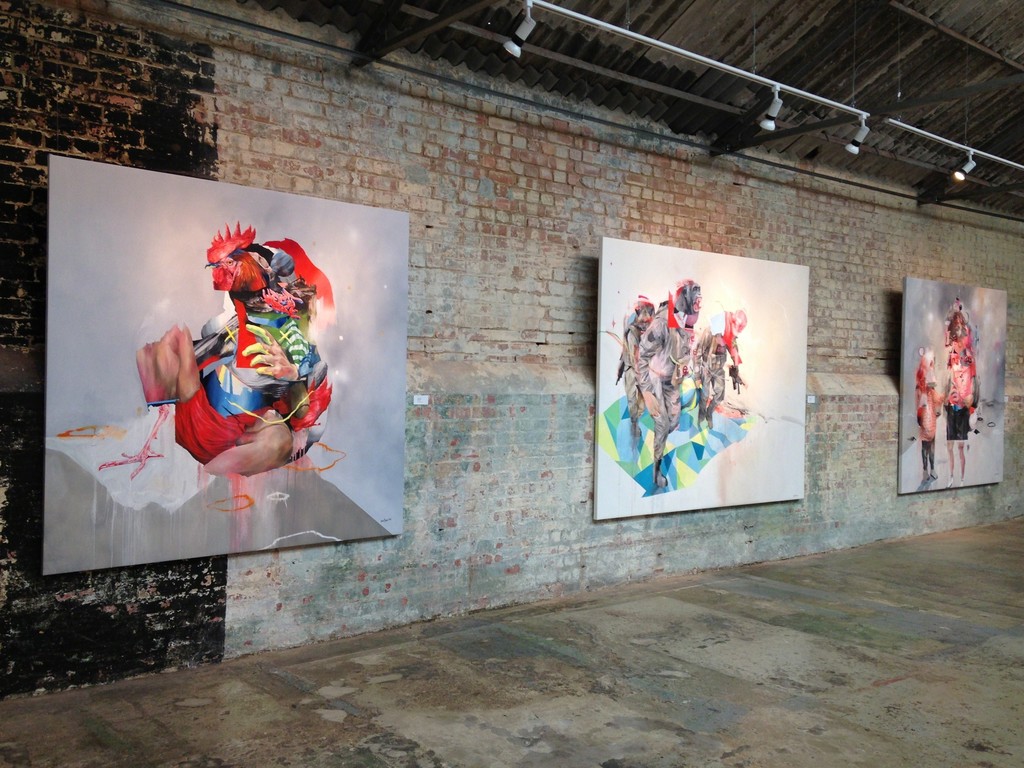 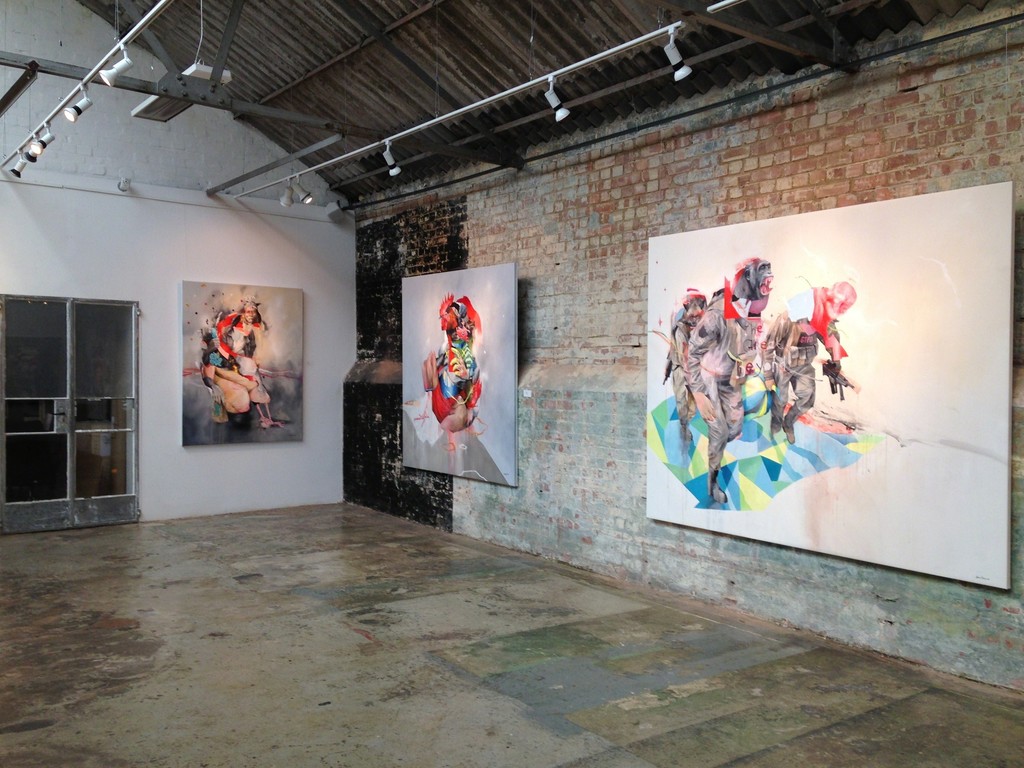 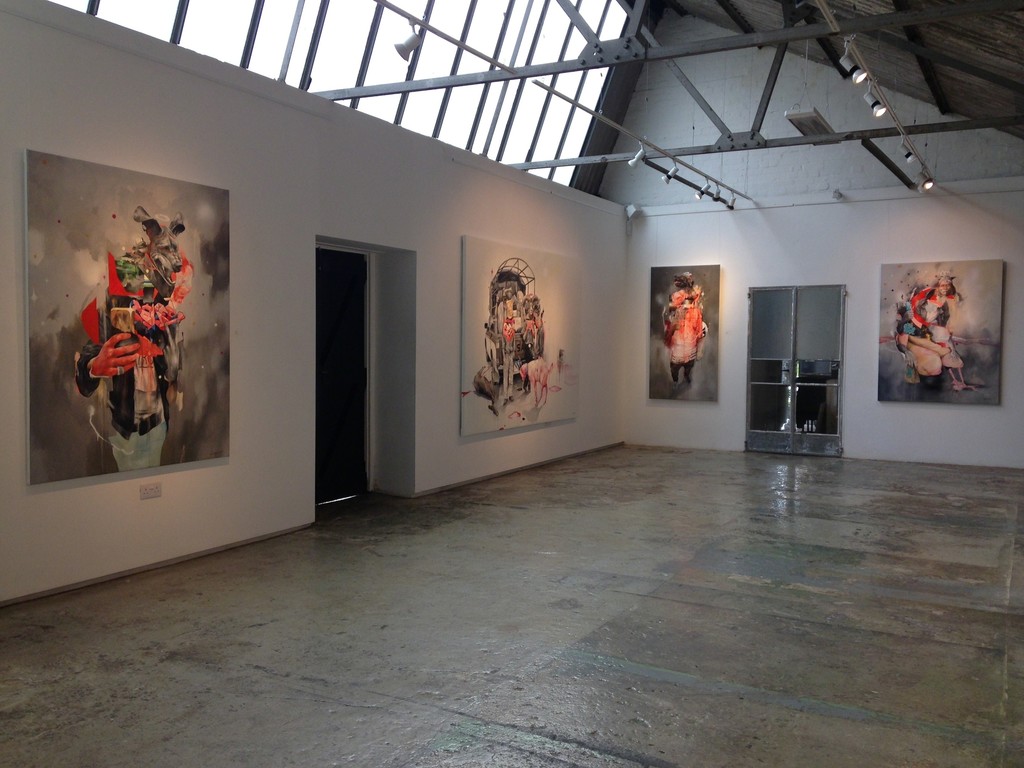 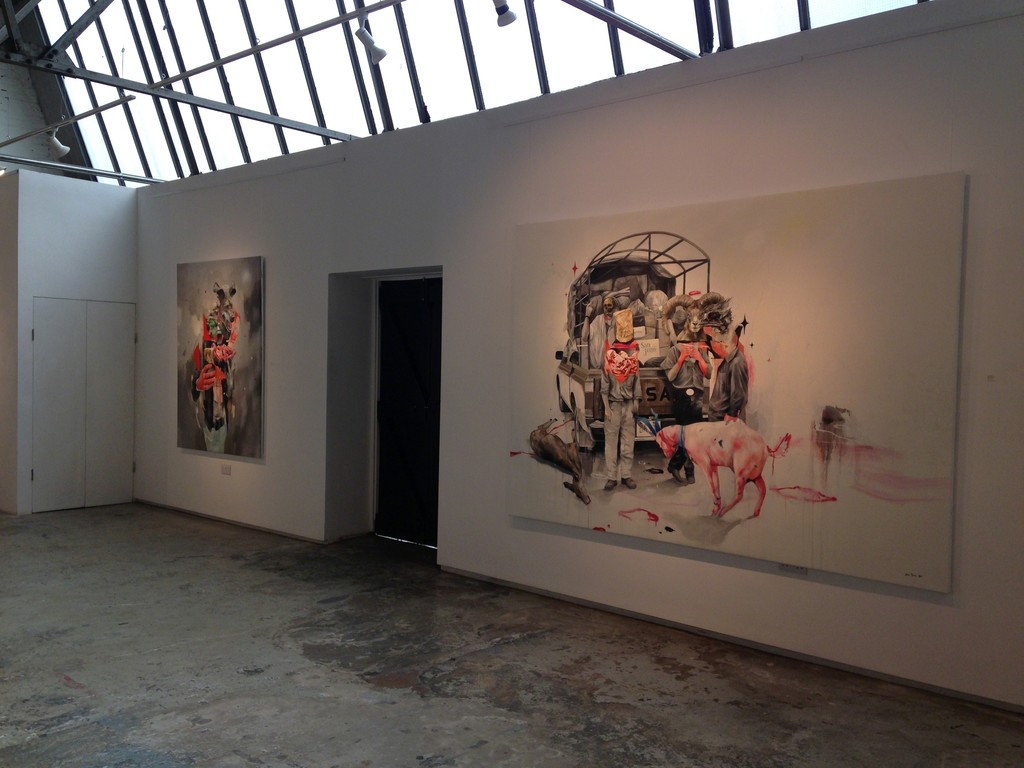 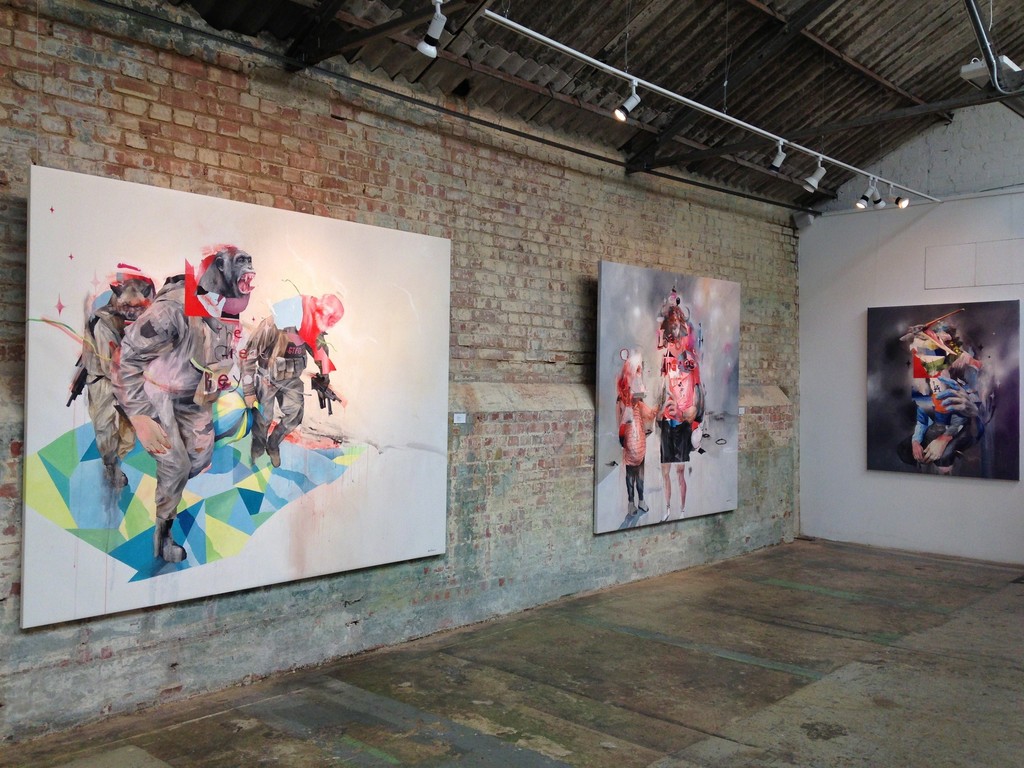 Having relocated from the small city of Groningen, The Netherlands to Los Angeles in
2013, Roukes draws partly from his personal nomadic experiences and touches on the
wider sense of the subject as well. What lies beyond the here and now is a question
many adventurous spirits are burdened with as it's ongoing search for truth instills a
restlessness and a sense of dissatisfaction. The grass clearly isn't always greener, but the
inspiration and opportunities of finding the next place can be its own reward. ‘The Great
Beyond’ reflects on this concept of dissatisfaction in society as a whole.
For this show, Roukes created a series of mostly large oil paintings in his familiar
collage-like, re-contextualized approach that allows him to explore his subject in a
loose, but at the same time cohesive narrative.
Originally from The Netherlands, 32-year-old painter Joram Roukes is inspired by his
unique and ever-evolving view of the world. Inherently nomadic, Roukes has travelled
to, and lived in many places across the world, and is an adventurous explorer by nature.
His juxtaposed style of painting reflects that exploratory trait, as it also never can remain
stagnant. His artwork often shifts and changes perspective, subject or style, and in turn,
forces the viewer's perception to shift and change, provoking the viewer to question
what they see vs. what they know. His narratives are complex and layered, much like his
aesthetic. With an extensive background in art history and global cultures, Roukes often
pulls from a wide range of popular culture references and influences, readily seen in his
schizophrenic painting habits. With his varying qualities and techniques taking turns in his
collage-style painting, he is able to utilize his many influences in art and in culture, to
represent his take on the world, while confusing the viewer just enough to make them
see the many realities of Roukes' painted world.
He received a startstipendium from Fonds BKVB in 2008 to set up a 4 month artist
residency in Brooklyn, NY. In 2013 Roukes moved to the city of Los Angeles where he
currently lives and works.
Joram Roukes is building a strong international profile and has shown his work
extensively across the globe. With projects in Hong Kong, Paris, New York, Berlin,
Amsterdam, Los Angeles, Copenhagen and London to name a few. May 2015 will mark
his second solo show at Stolen Space Gallery in London.