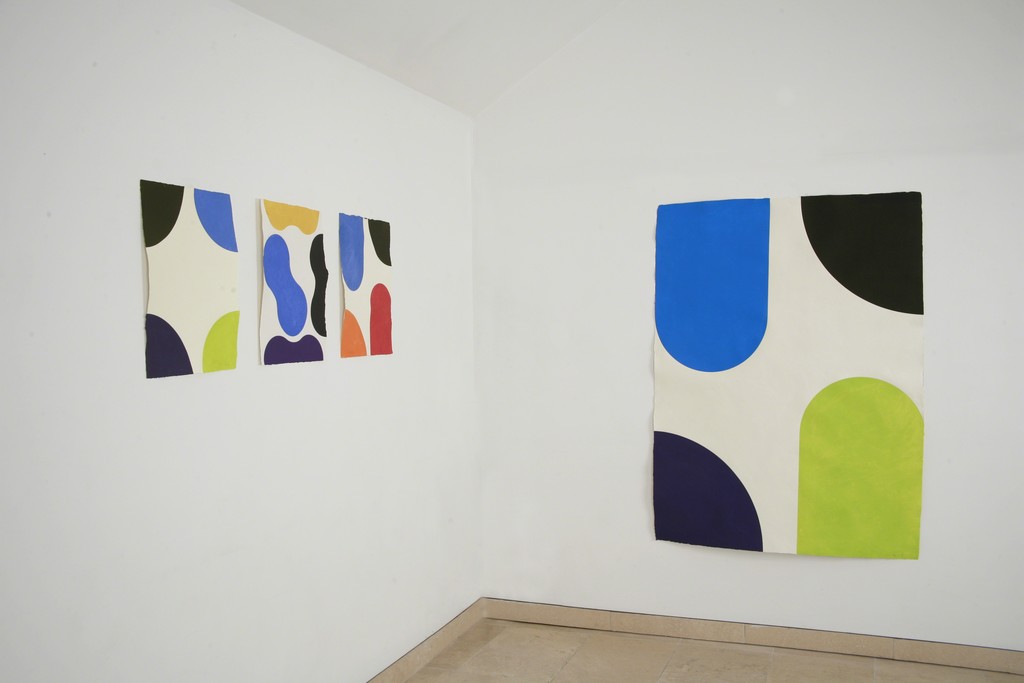 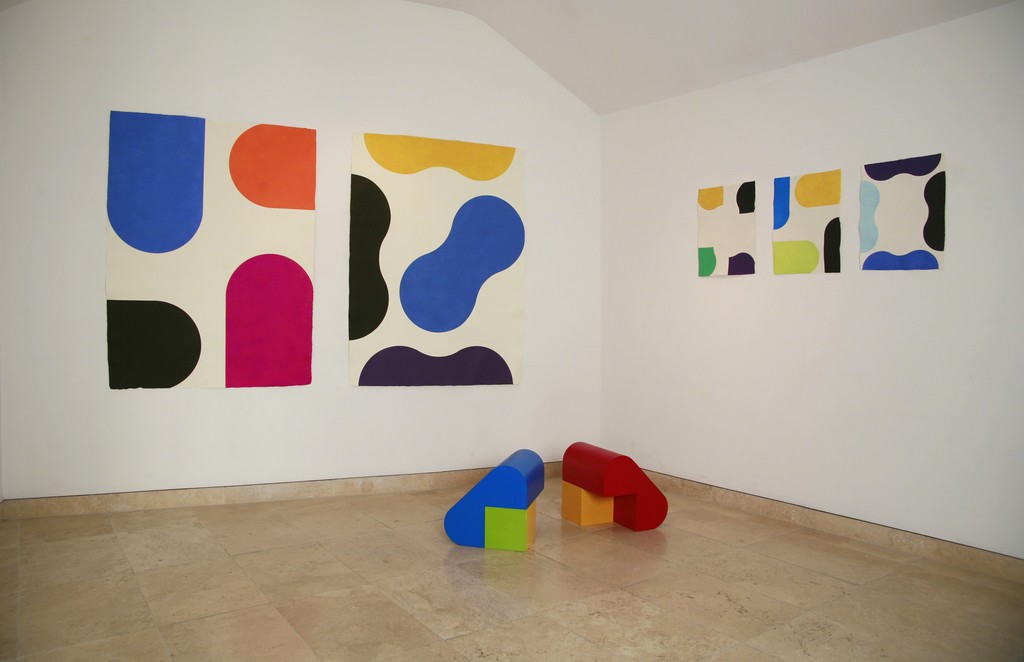 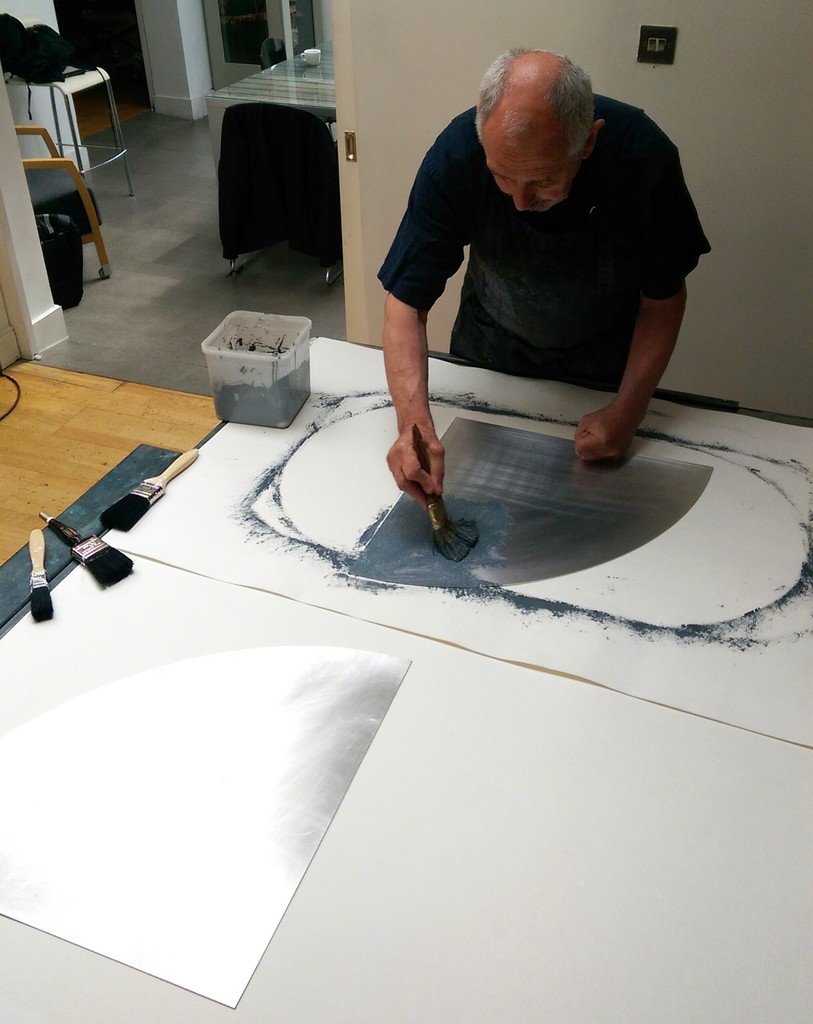 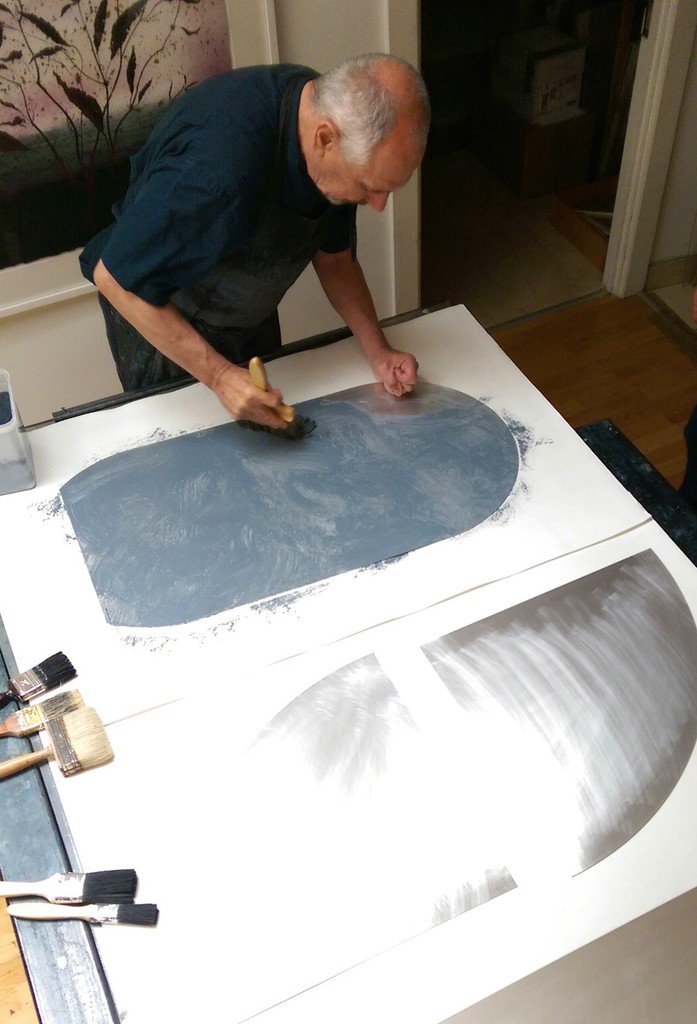 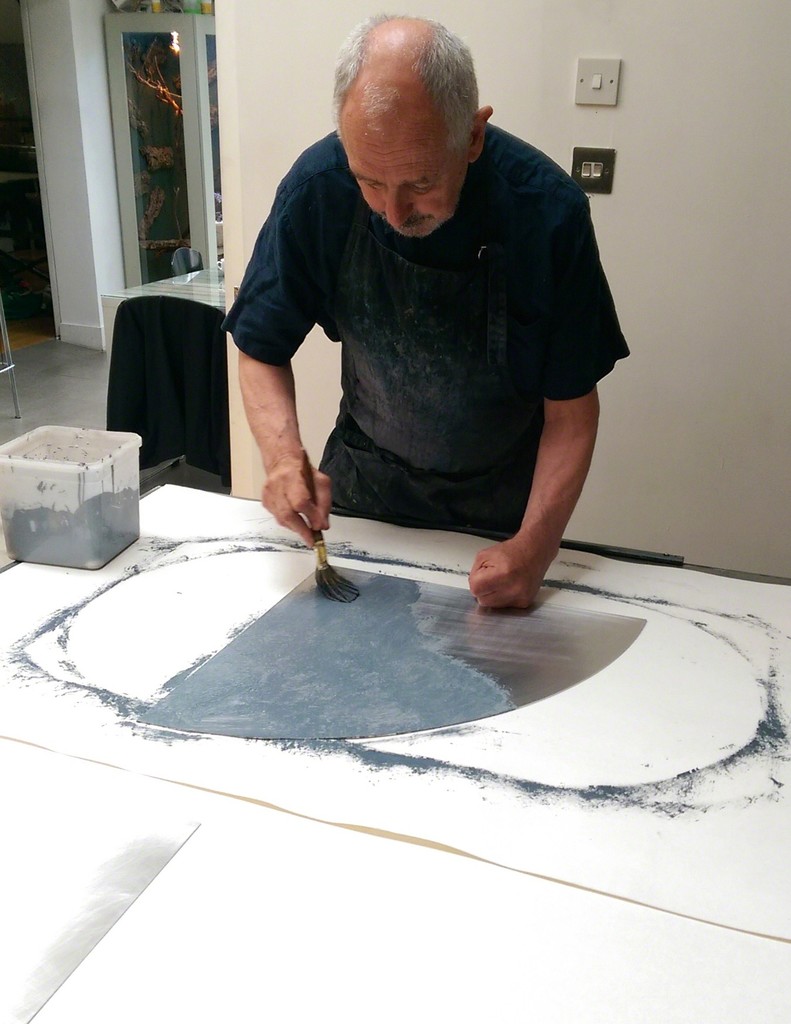 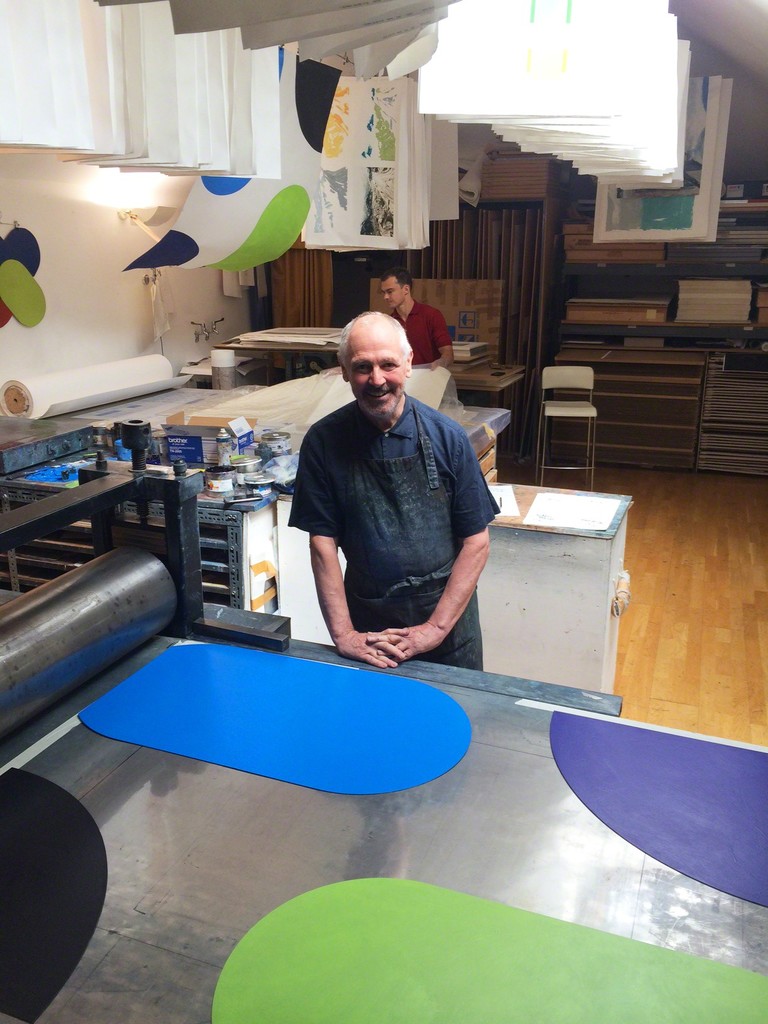 Inked up plates on the press 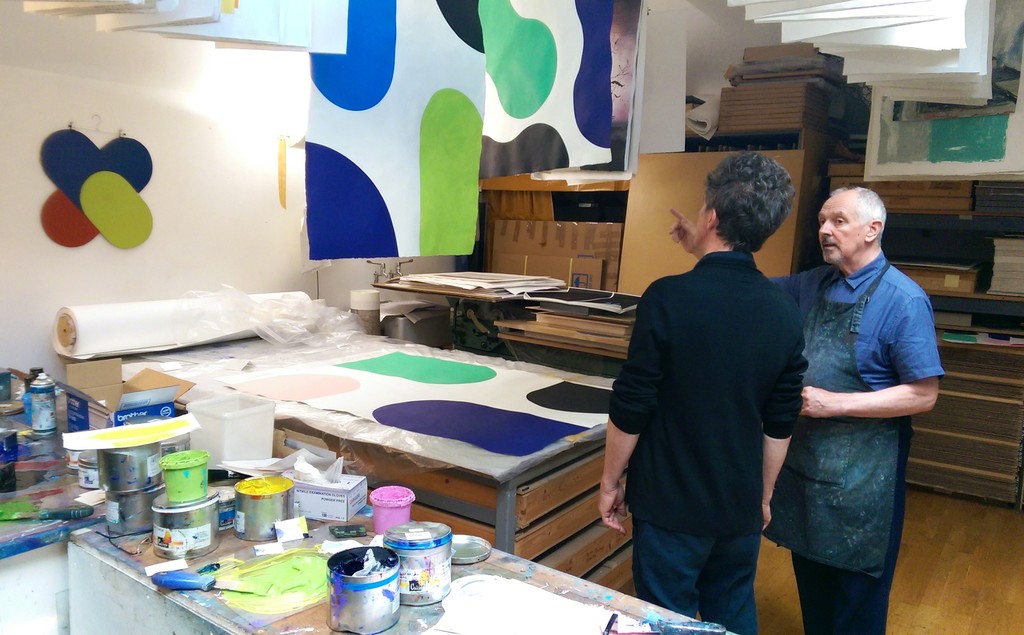 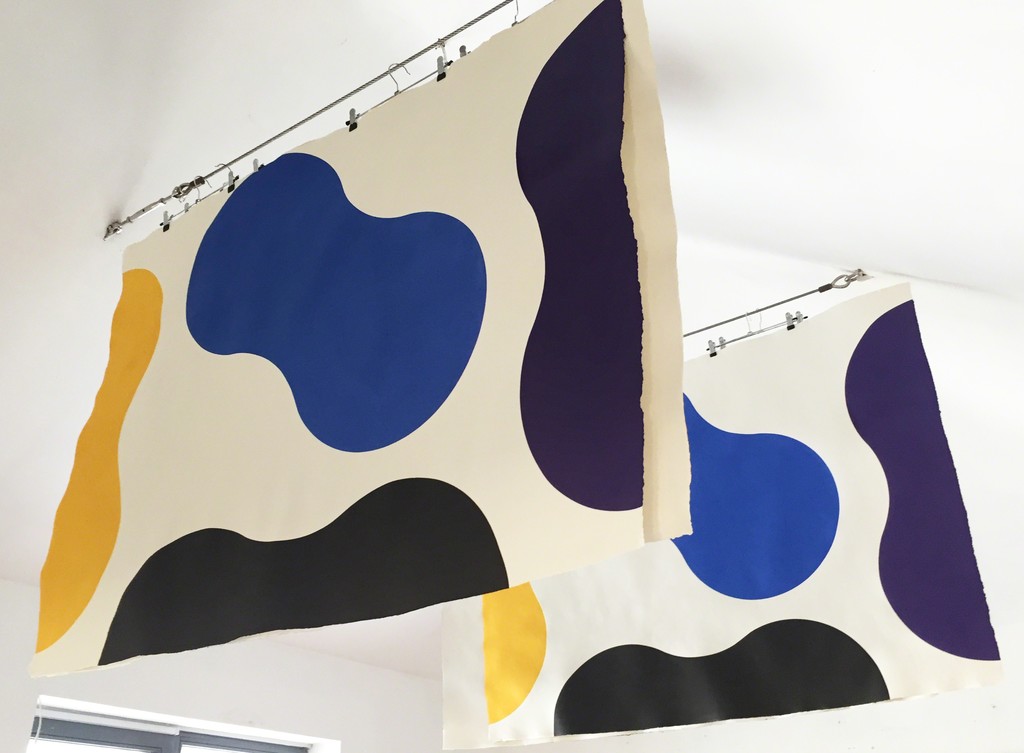 Prints hanging up to dry. 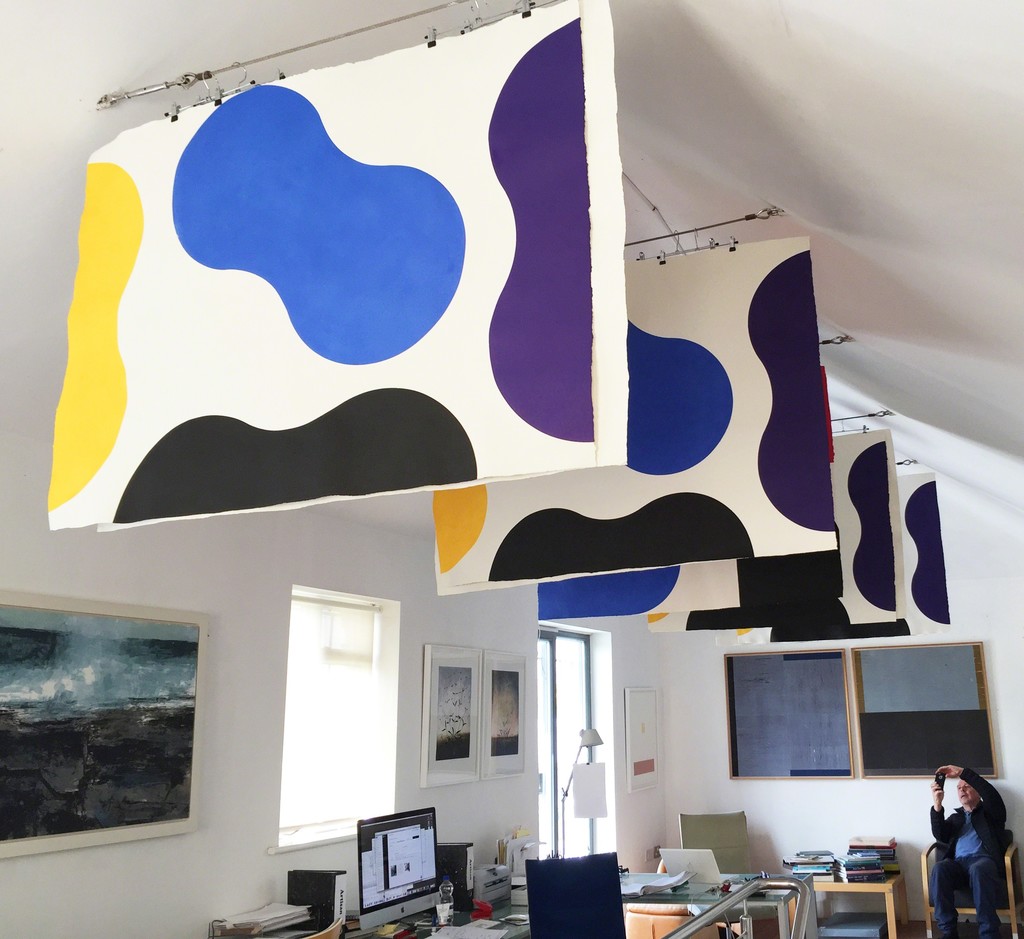 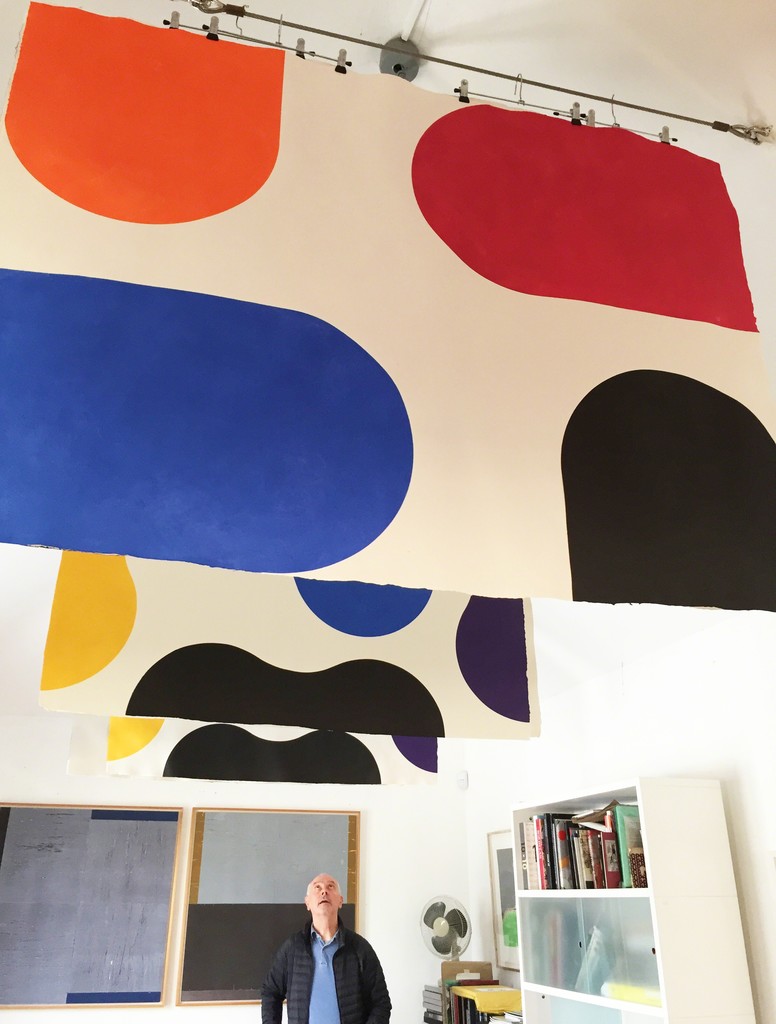 KAN is an exhibition of a major new project by Richard Gorman made at Stoney Road Press in 2015. The images are printed on handmade Indian paper from shaped aluminium plates. KAN is a series of three monumental scale, and six smaller scale, carborundum prints in editions of ten.

KAN takes its title from a Japanese concept. The character 間 (pronounced 'kan') is an essential one in everyday Japanese. The fundamental meaning is “space between,” “gap,” “interval,” “distance.” However, it refers not only to space, but to time as well, meaning, also, "time between," "pause," "break."

Richard Gorman first began collaborating with Stoney Road Press in 2003, producing a series of woodblock prints and 3D works. Recently, he has also collaborated with the fashion house Hérmes to produce his designs on their signature silk scarves. A book of his work published by the Joseph & Anni Albers foundation is also forthcoming.

KAN will be on exhibition at Stoney Road Press in Dublin, and also at various art fairs in the UK and US this Autumn. Full details at www.stoneyroadpress.com.

Watch a video of Richard Gorman at work in his studio here: https://www.youtube.com/watch?v=WJOhNNFqw6Y