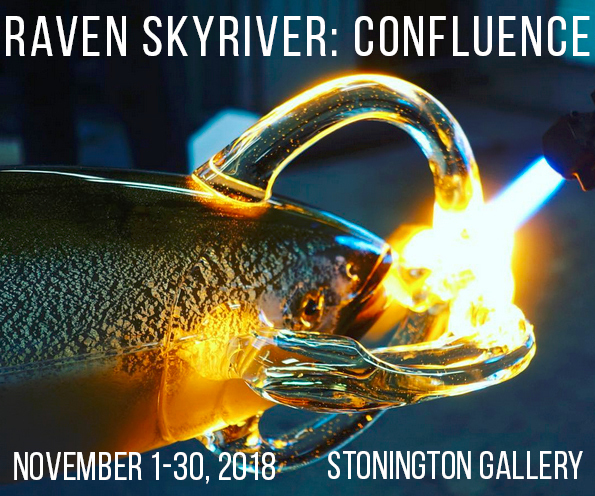 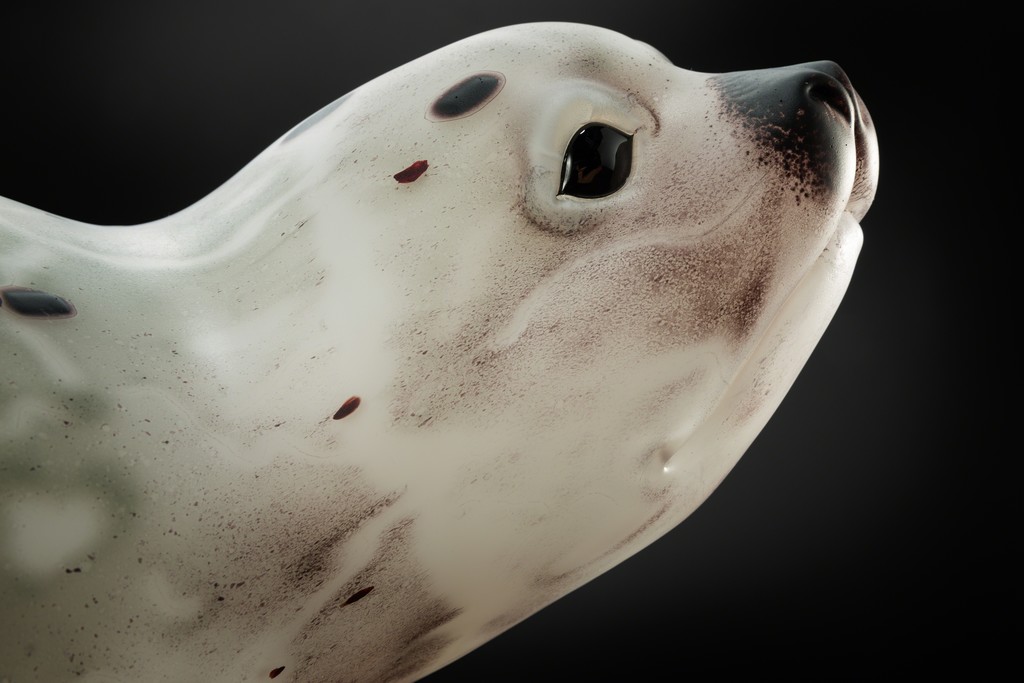 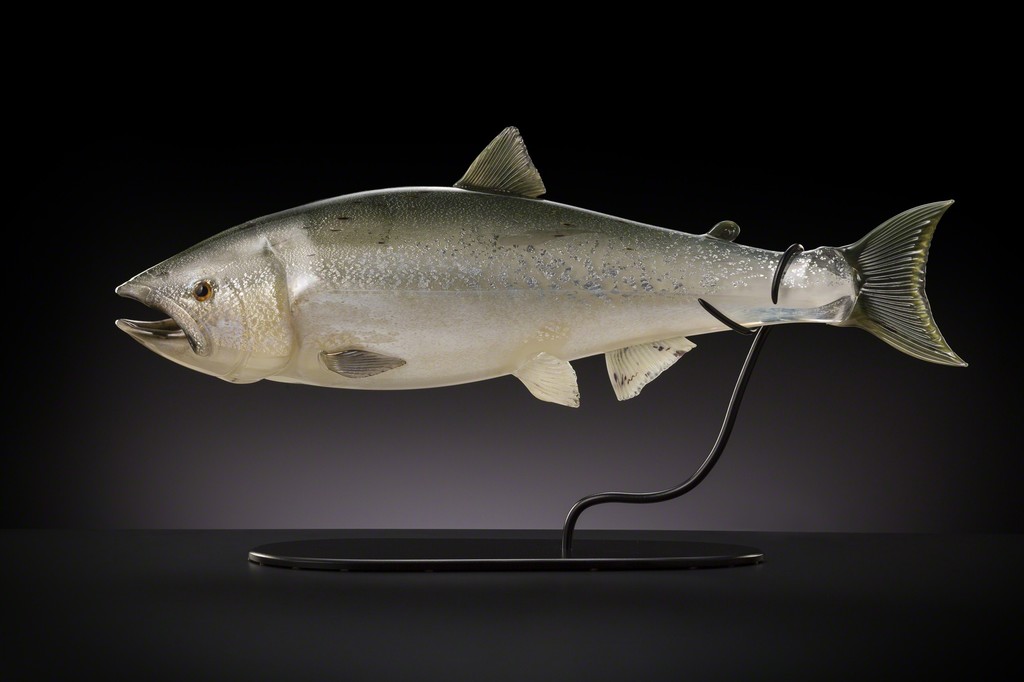 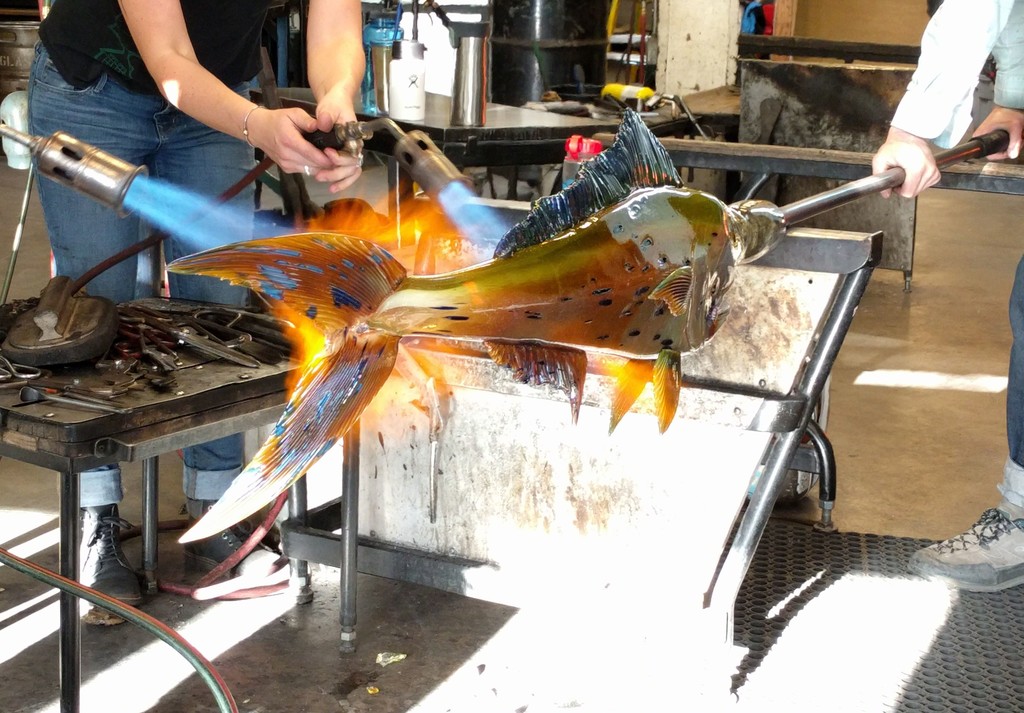 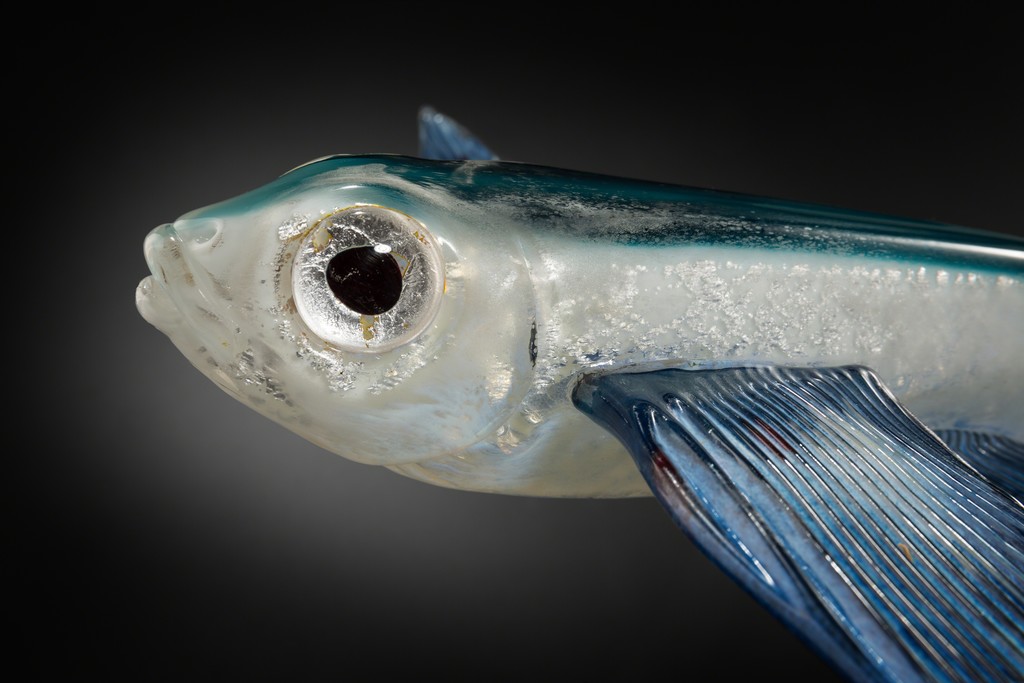 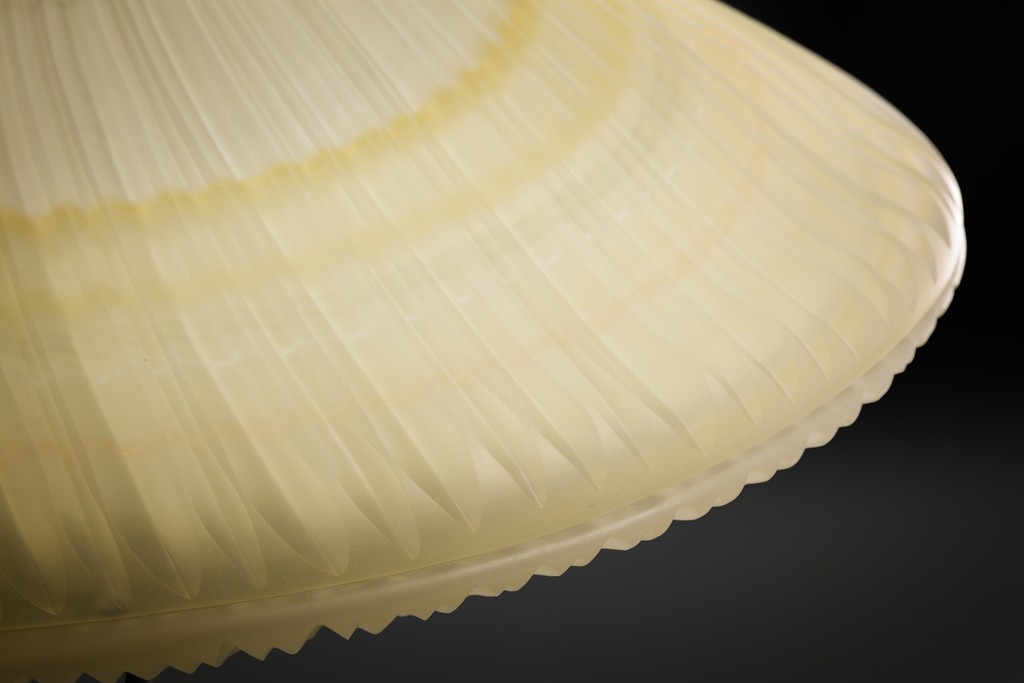 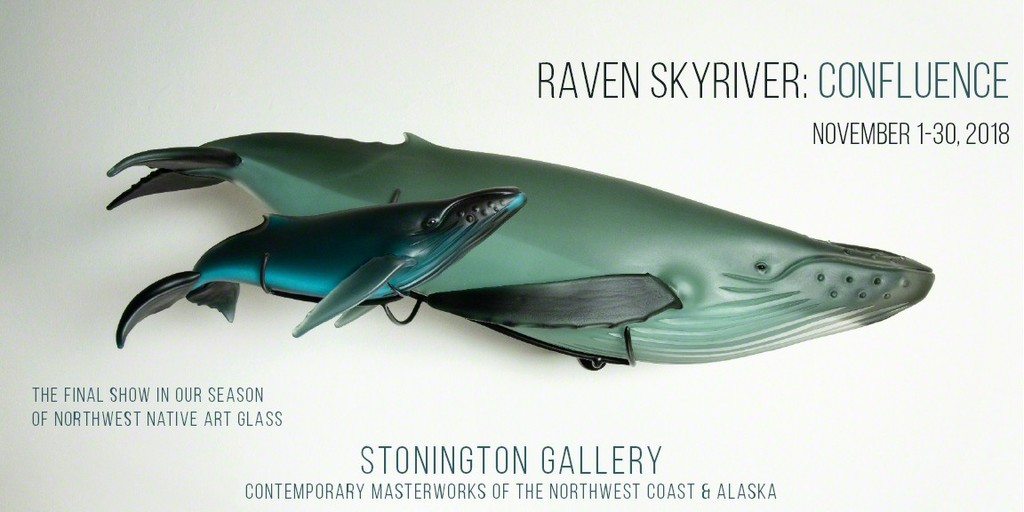 “Born and raised in the San Juans on the small island of Lopez in Washington State, I was taught the connection between myself and my surroundings. Spending my time on the water or in the woods, I grew to appreciate the connection between the food on our table, and the salmon in the ocean, or the deer in the garden.” – Raven Skyriver

We are proud to present a new solo exhibition by Washington-based glassblower Raven Skyriver (Tlingit), which will include collaborations with his partner Kelly O’Dell (Non-Indigenous). Raven is creating works that will explore the ecosystems and wildlife of places of confluence, where salt water meets fresh and streams of life converge. Confluence also refers to the idea of the coming together of crux points: the tipping points between losing species and saving them; the time ebbing away to head off or reverse climate change; the simultaneity of learning more about our planet and its wildlife at the same time it is becoming less habitable for them. Raven is deeply concerned with the state of our environment and the significant challenges faced by marine life of the Salish Sea and wider Pacific Ocean. He is a board-member of SR3, a sea mammal rescue, rehabilitation and education non-profit.

Raven Skyriver started blowing glass in high school. His mentor, Lark Dalton, taught him the basics of traditional Venetian glass, as well as how to build equipment. With this knowledge Skyriver built a basic studio at home in order to create small cane worked vessels. Born in 1982, he is one of Stonington’s youngest—and most promising—artists.

After graduating from high school he traveled to Venice, Italy to take a course with Davide Salvadore, to further his understanding of Venetian technique. Soon after, he had the opportunity to work with Karen Willenbrink-Johnsen at Pilchuck Glass, and through this experience was invited to join the William Morris Team. He was able to work with Morris during the final years of his career, learning the unique techniques utilized in the production of his seminal work. Skyriver has worked with Lino Tagliapietra’s glass team in Brazil, joining one of the best production teams in the world under the direction of a maestro.

Working with teams of anywhere from 3 to 10 people, Skyriver is able to realize sculptures of a size and weight that would daunt many glassblowers. He sculpts all of his creatures while the glass is molten hot, which takes precision, focus, and perfect timing. If the sculptures make it through the blowing, sculpting, and cooling process—and many do not—they can be sandblasted, engraved or ground to add detail.

Skyriver’s inspiration is drawn from nature. The challenge of realism is what makes working sculpturally alluring to him. He states, “The marine creatures I create lend themselves to the fluidity of glass, and its reflective nature. Using these native animals I hope to evoke the excitement of the salmon running, or the miracle of a whale migrating 5,000 miles. I also want to draw into question the balance of nature. How does the presence of these creatures affect us? What does the future hold for these animals?”

In 2011 he was invited to take part in a residency with glass artist Martin Janecky in Pittsburgh, and had his own residency at the Museum of Glass in Tacoma, WA. In 2012 he was presented with the “Artists’ Choice Award” and the “Peoples’ Choice Award” at the Red Hot Auction at the Museum of Glass in Tacoma, WA. His work was some of the only American glass to be included in a large multinational exhibition at the Ebeltoft Glass Museum in Denmark in 2013. In 2014 Skyriver was invited to be an artist in residence at Emporia State University in Kansas. In 2015 he taught and blew glass in Japan, Denmark and Turkey.