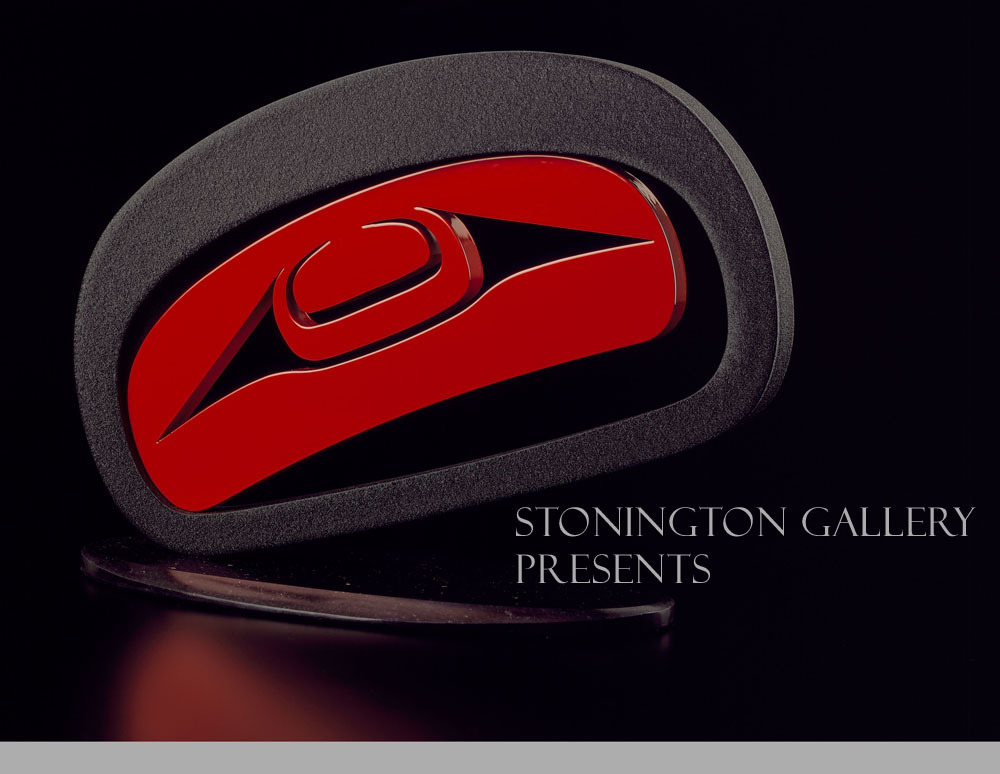 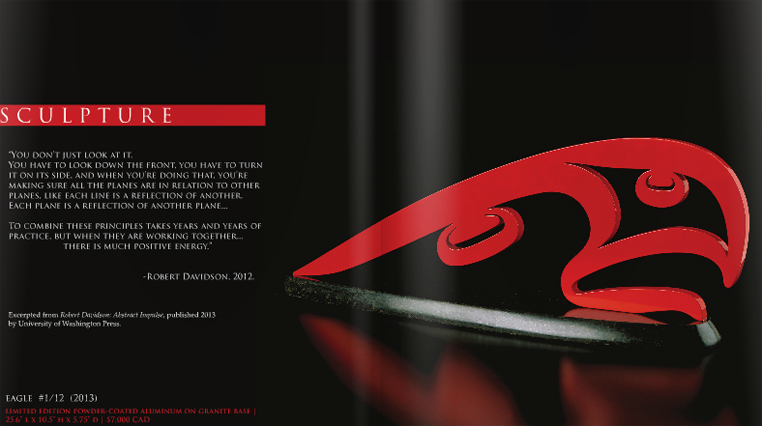 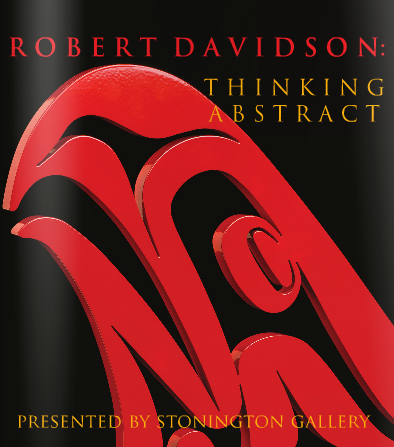 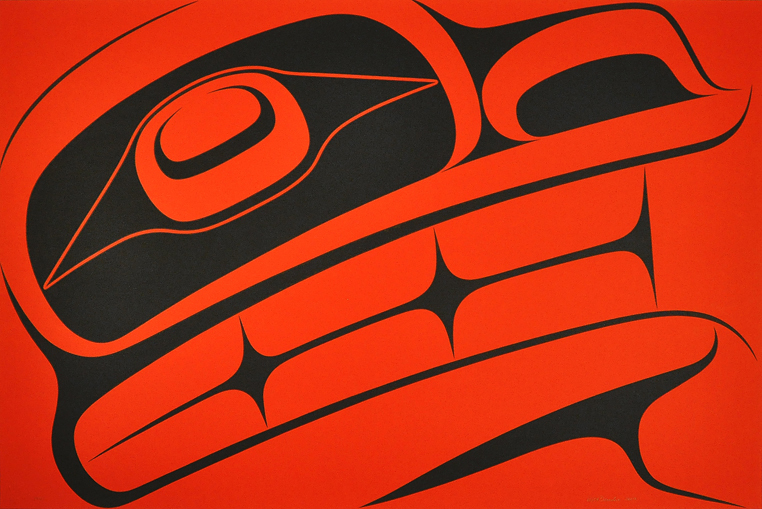 Stonington Gallery is proud to present Thinking Abstract, an exhibition of work by renowned contemporary Haida artist Robert Davidson. Stonington Gallery's relationship with Davidson reaches back over twenty five years, and this exhibit will include rare and hard-to-find prints from the artist's personal archive. We will also debut a new limited edition print, and never-before-seen sculptures in metal.

Davidson has been a key figure in the Northwest Coast Native art renaissance. His great grandfather was the famed Haida artist Charles Edenshaw (1839-1924) whose iconic works were produced throughout the era when Native arts, languages and ceremonies were painfully silenced by the Canadian government. Edenshaw is recognized by many scholars as one of the finest traditional artists in modern history, and will be honored in a comprehensive exhibition this winter at the Vancouver Art Gallery, concomitant with Davidson's Seattle Art Museum exhibit. Davidson has taken up his ancestor's mantle in the current era and boldly pushed tradition in a new direction.