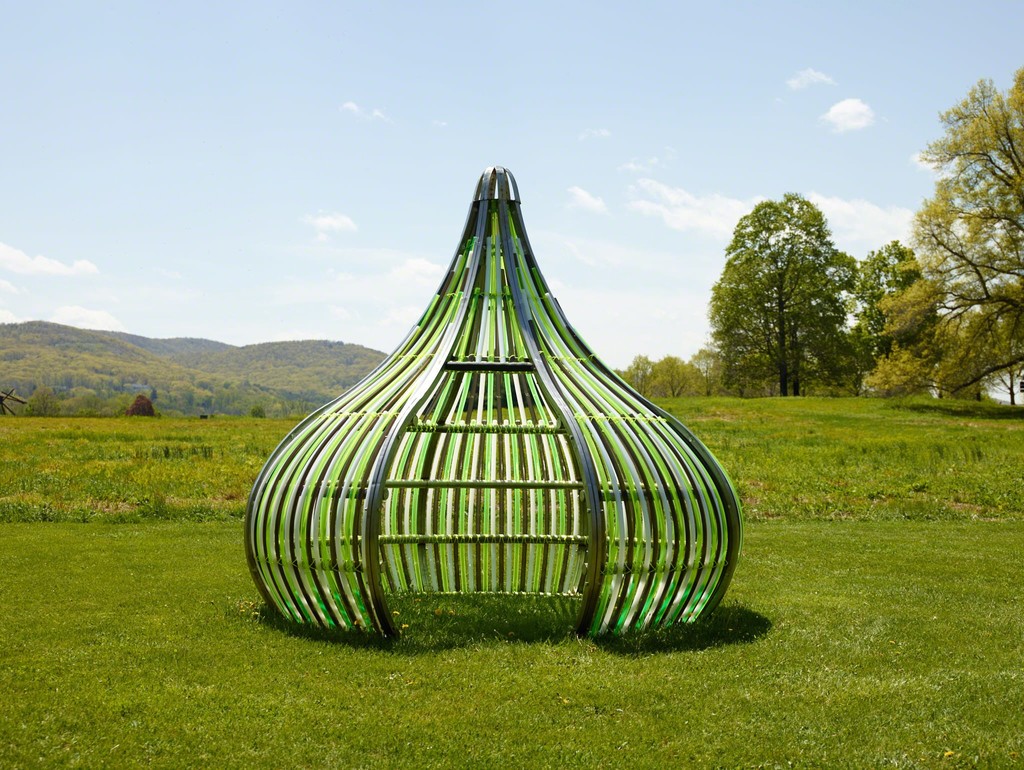 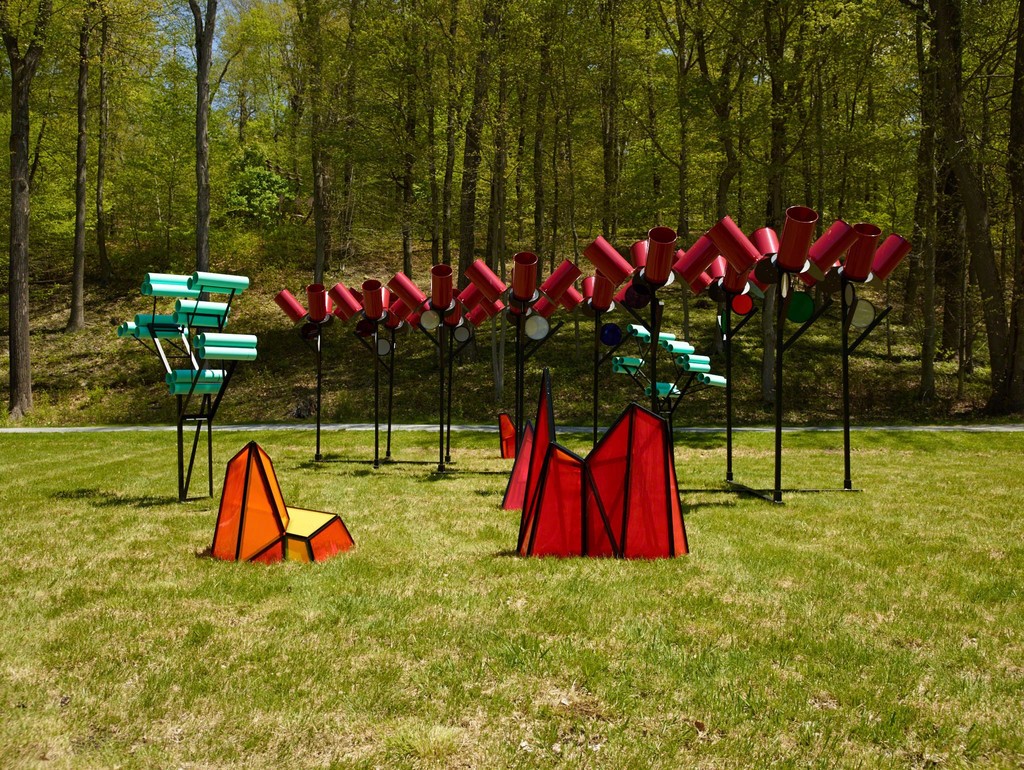 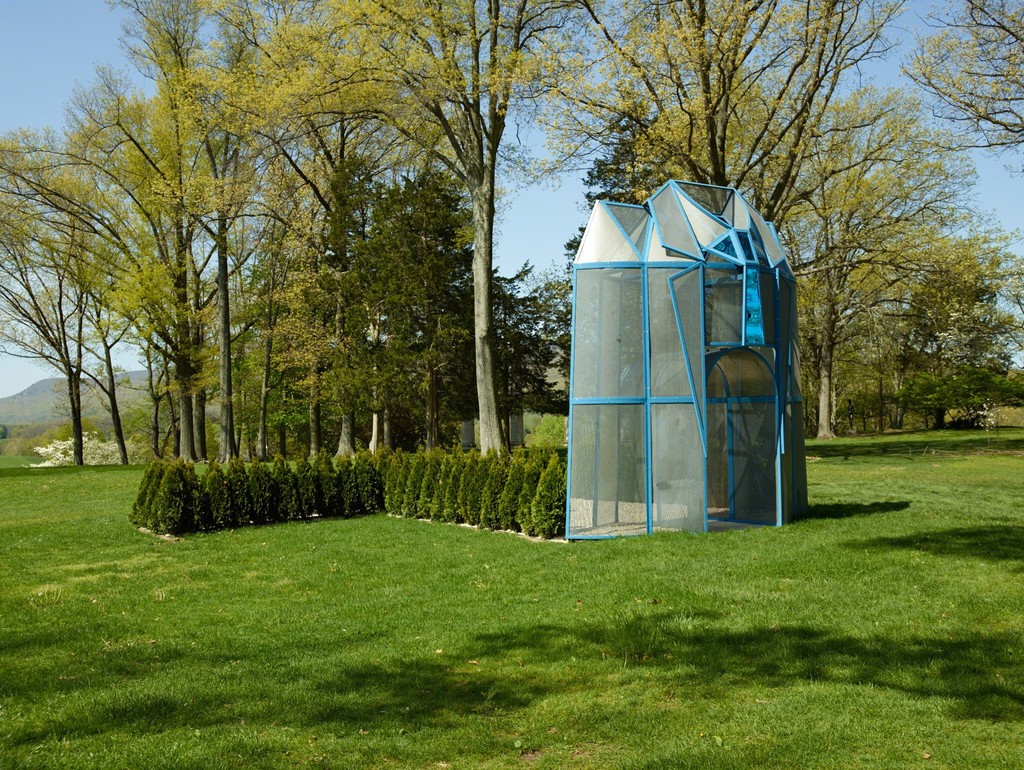 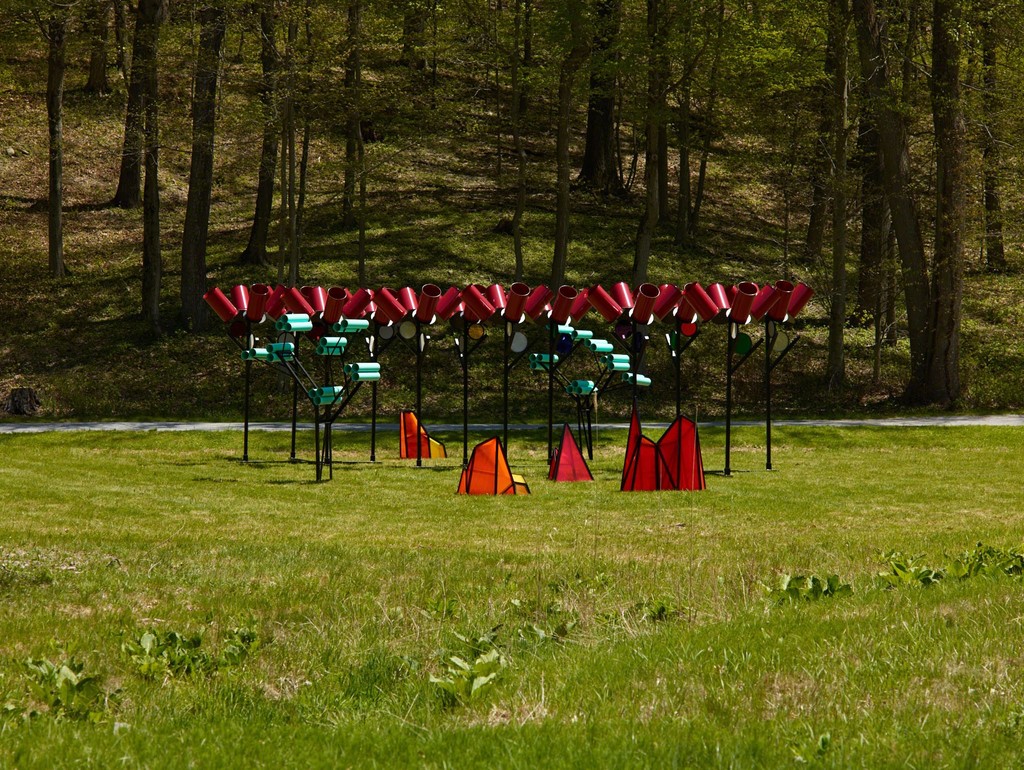 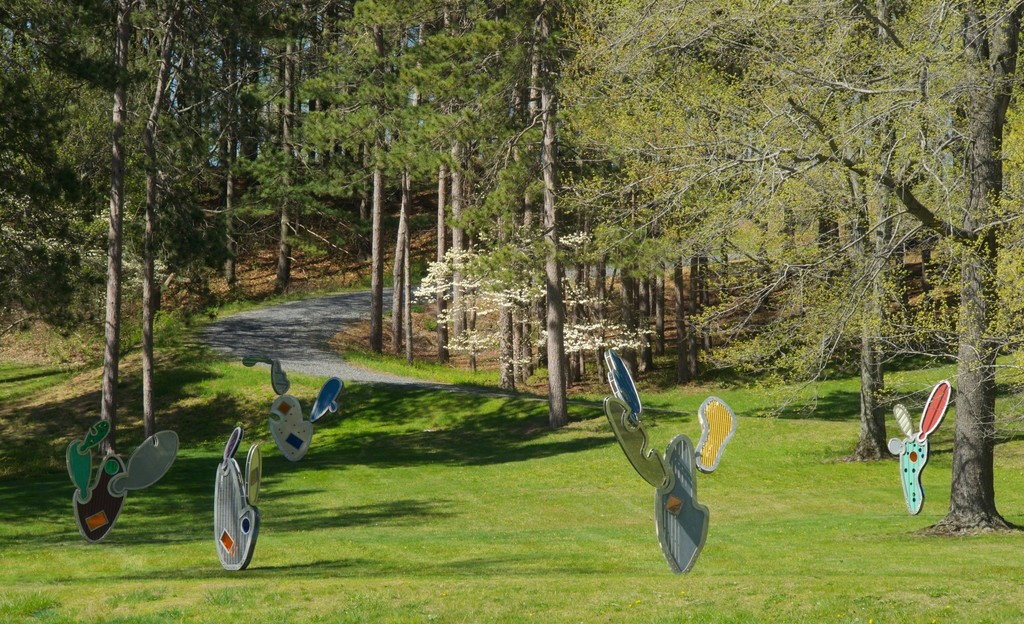 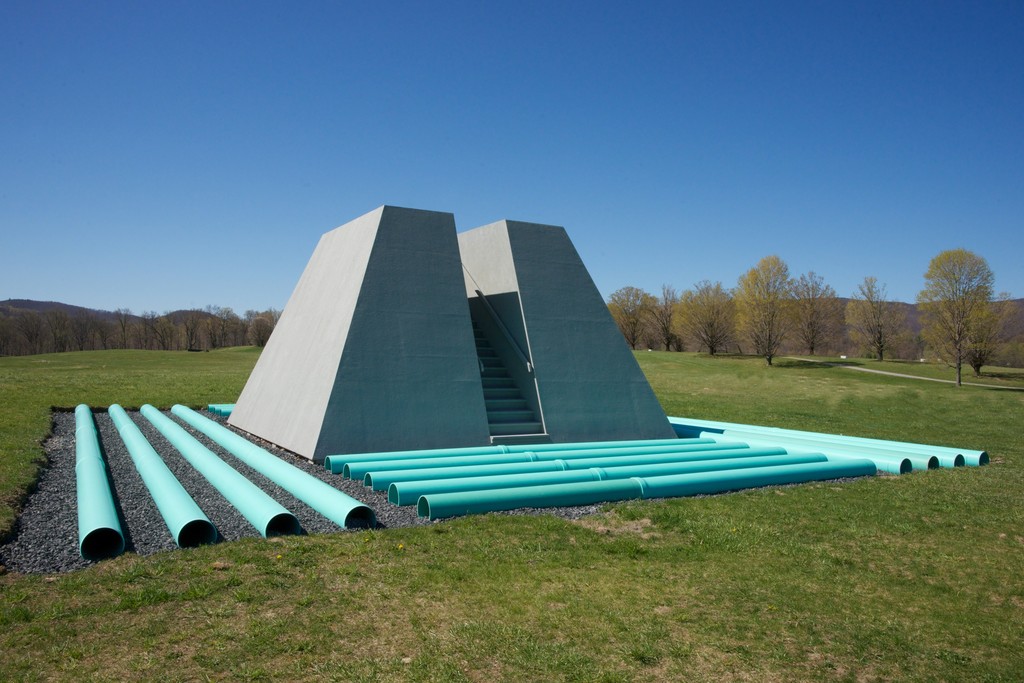 Mountainville, NY, May 16, 2016—Storm King Art Center presents Dennis Oppenheim: Terrestrial Studio, an exhibition featuring outdoor and indoor sculpture, installation, sound, film, and photography as well as two major earthworks conceived by the artist, but never fully realized in his lifetime. Terrestrial Studio is organized in close collaboration with the Dennis Oppenheim Estate and includes works on loan and in Storm King’s collection. The exhibition is installed in several locations across Storm King’s landscape including the South Fields, Meadows, and Museum Hill, as well as inside the Museum Building. It is organized by Storm King Director and Chief Curator, David R. Collens; Curator Nora Lawrence, and Assistant Curator Theresa Choi. Also on view is the fourth installment of Storm King’s Outlooks series, featuring site-specific outdoor installations by Josephine Halvorson. Terrestrial Studio will be shown through November 13, 2016. Outlooks: Josephine Halvorson will be shown through November 27, 2016.

Dennis Oppenheim: Terrestrial Studio includes work by Dennis Oppenheim (1938-2011) from different points in his diverse and substantial career. First rising to prominence for earthworks in the late 1960s, Oppenheim ventured outdoors not only to transcend the physical confines of the exhibition space, but also to work beyond the limitations of the gallery setting. A fiercely creative artist, he produced work that cannot be encompassed within the boundaries of any single movement or style. The exhibition at Storm King is focused on works that are in a continuous dialogue with the natural world and artificial or built environment. The title, Terrestrial Studio, is a term Oppenheim used to describe his artistic relationship with outdoor space. As this exhibition demonstrates, he introduced into his work earth materials, his body, memory, sound, film, and performance.

Storm King President John Stern says, “We are proud to host the first monographic museum exhibition of Dennis Oppenheim’s work in the United States since 2007. Oppenheim was a brilliant and prolific artist who enjoyed making works in outdoor spaces, and he continues to inspire a younger generation.”

The work Entrance to a Garden (2004) is installed on top of Museum Hill. It comprises both a perforated metal sculpture that takes the form of a large, blue, men’s dress shirt and tie with an arched entryway, and a hedge- rimmed garden in the shape of the dress shirt—an imagined shadow of the sculpture. Although Oppenheim conceived the garden and had displayed the shirt, the work has never before been executed with its full shadow configuration. Visitors pass through the arched entryway, and find benches in the form of buttons and cuffs.

In Storm King’s South Fields is Dead Furrow, a large earthwork that Oppenheim designed in 1967 in both indoor and outdoor versions, but showed only as the indoor, gallery-sized version. Dead Furrow was conceived as a “structure for viewing land.” The Storm King execution of the piece follows the artist’s proposed enlargement for outdoors, which allows visitors to enter a central “viewing platform” of the work—becoming part of the artwork as they experience Storm King’s landscape. The installation is the first full-scale, outdoor realization of Dead Furrow. Parallel lengths of colored industrial pipe, simulating double furrows in an endless field, surround the geometric, concrete structure.

Wishing the Mountains Madness (1977) contrasts the expansive field and the infinite sky. In this work, star units are randomly distributed across four acres of land, bringing constellations to the earth while inverting the sky and ground. Photographs shown in the Museum Building invite visitors to experience the work in a two-dimensional form.

A piece at the entrance to the Museum Building bridges indoor and outdoor works: the artist’s footsteps, recorded as A Sound Enclosed Land Area (1969), are audible there. Upstairs, the sounds of bees swarming can be heard in the work Beehive Volcano (1979). Films documenting performance work are on view, including Star Exchange (1970) and Toward Becoming a Scarecrow (1971), which explore how, for this artist, the natural world can contain marks of relationships and personal histories.

One gallery is devoted to words inscribed on landscape, including projects that Oppenheim documented in photography, and others that he proposed in altered photographs. Narrow Mind (1974) spells out its title with light from flares placed between train tracks in New Jersey, while Oppenheim proposed that a series of salutations, including Sincerely (2006), would be dug, in flowing, watery script, as an extension of the Sacramento River.

The exhibition is accompanied by a dedicated website. A fully illustrated publication includes an interview from 2006 between Dennis Oppenheim and Willoughby Sharp, which is being published for the first time; and an essay by Storm King Curator Nora Lawrence.