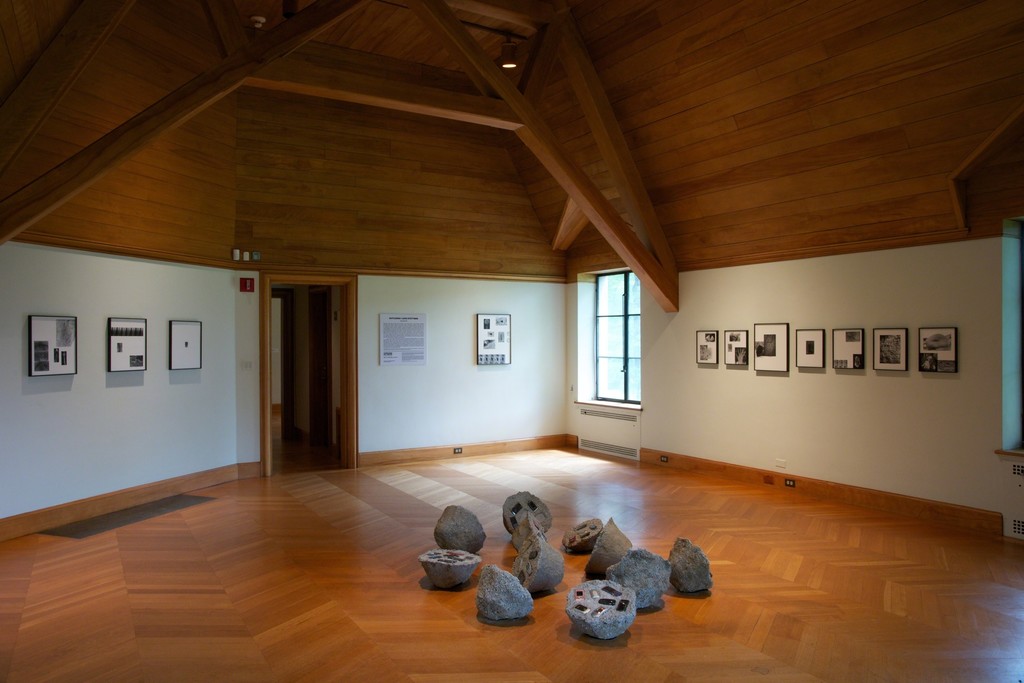 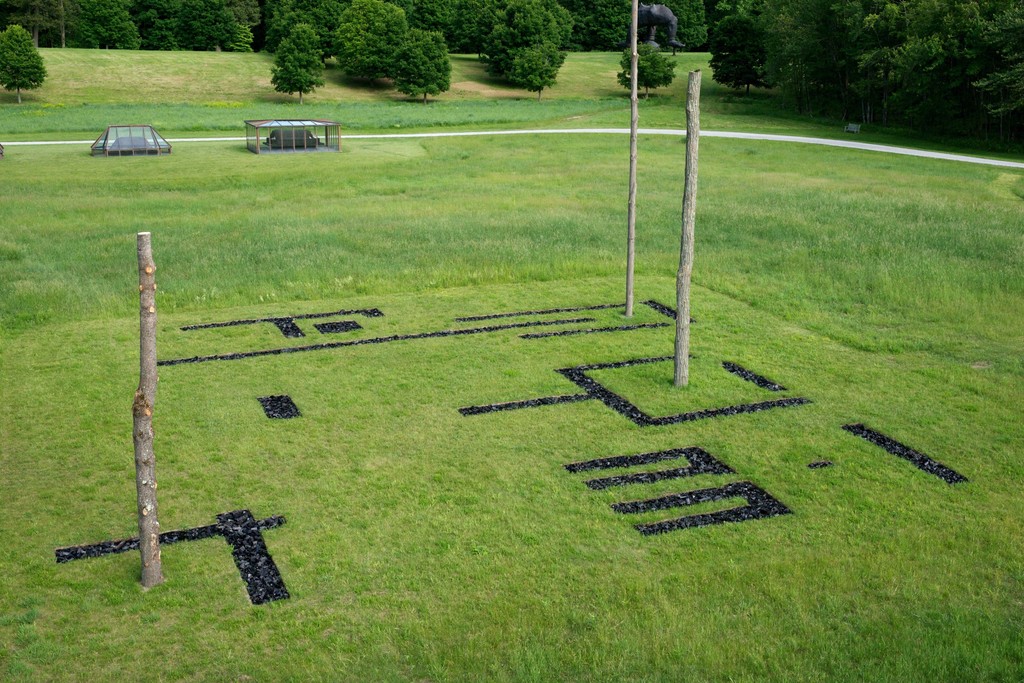 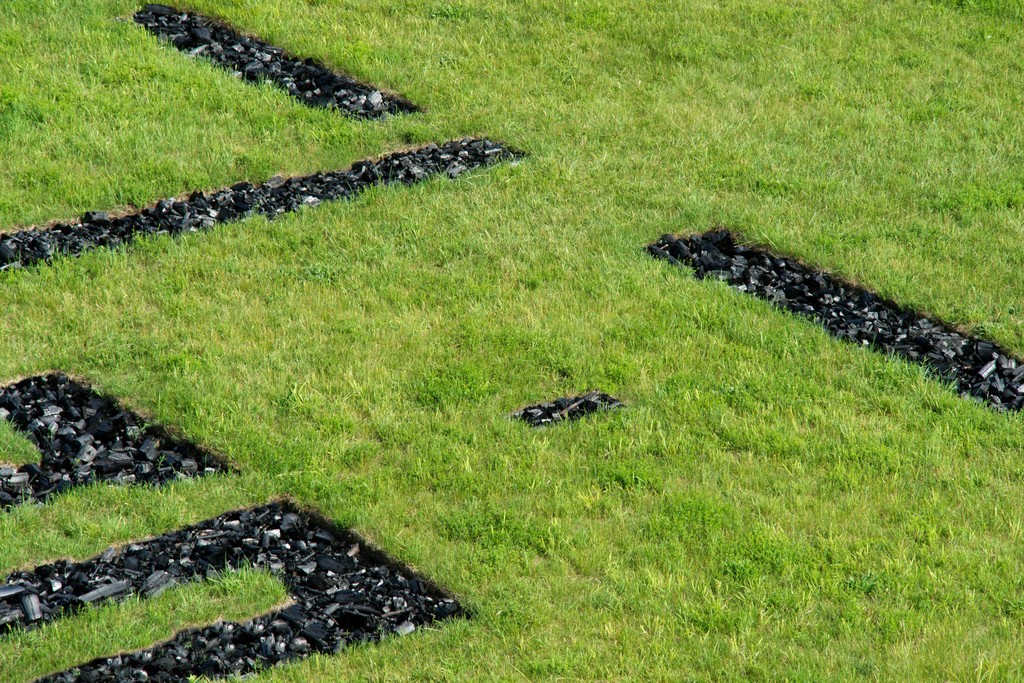 Spanning from Storm King’s South Fields to the second floor of the Museum Building, Outlooks: Luke Stettner presents a new site-specific commission entitled a,b,moon,d. Prior to creating the work’s outdoor component—a series of sculptural trenches arranged over an eighty-foot-square expanse—Stettner studied photographs of archaeological digs and aerial diagrams of ancient architectural complexes, and observed how their geometric forms recall pictographic languages and codes. (The title a,b,moon,d extends this interest in writing and glyphs, inspired by a small child’s confusion of the letter “C” with a crescent moon.) Taken by the many fallen trees he came across while walking Storm King’s grounds, Stettner filled his trenches with biochar, a soil-enhancing, wood-based charcoal that he produced, in a carbon-negative manner called pyrolysis, in collaboration with a small farm in Vermont. Through this sculptural use of one of the earliest, most rudimentary drawing materials, Stettner blurs the line between installation and drawing.

The work’s indoor component features a grouping of photographs and a sculpture that Stettner built on-site from concrete and discarded mobile phones. Some of the photographs were taken by him, while others were collected from books and scanned, removing the halftones. After making inkjet prints of these images, Stettner re-photographed them with 35mm film and developed them onto gelatin silver paper to create material equivalency between all the images. The subjects of the photographs, removed from their origins, have become anonymous and unidentifiable—contributing to the sense that Stettner’s project has tapped into an irretrievable past.