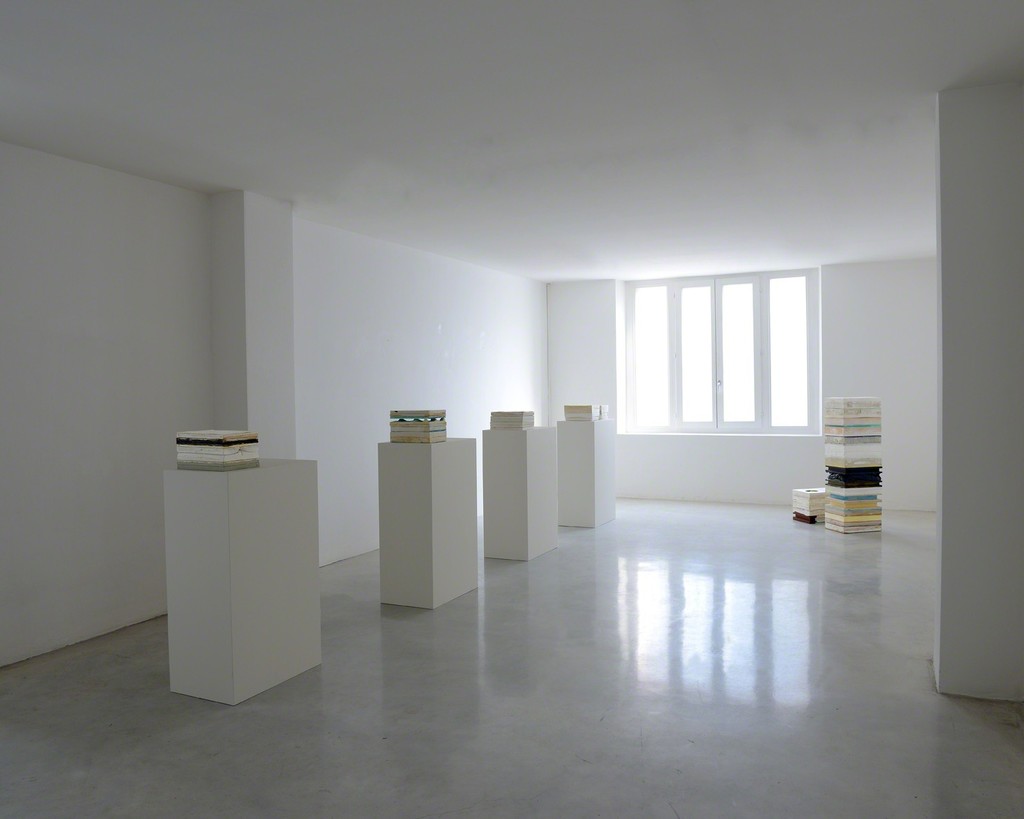 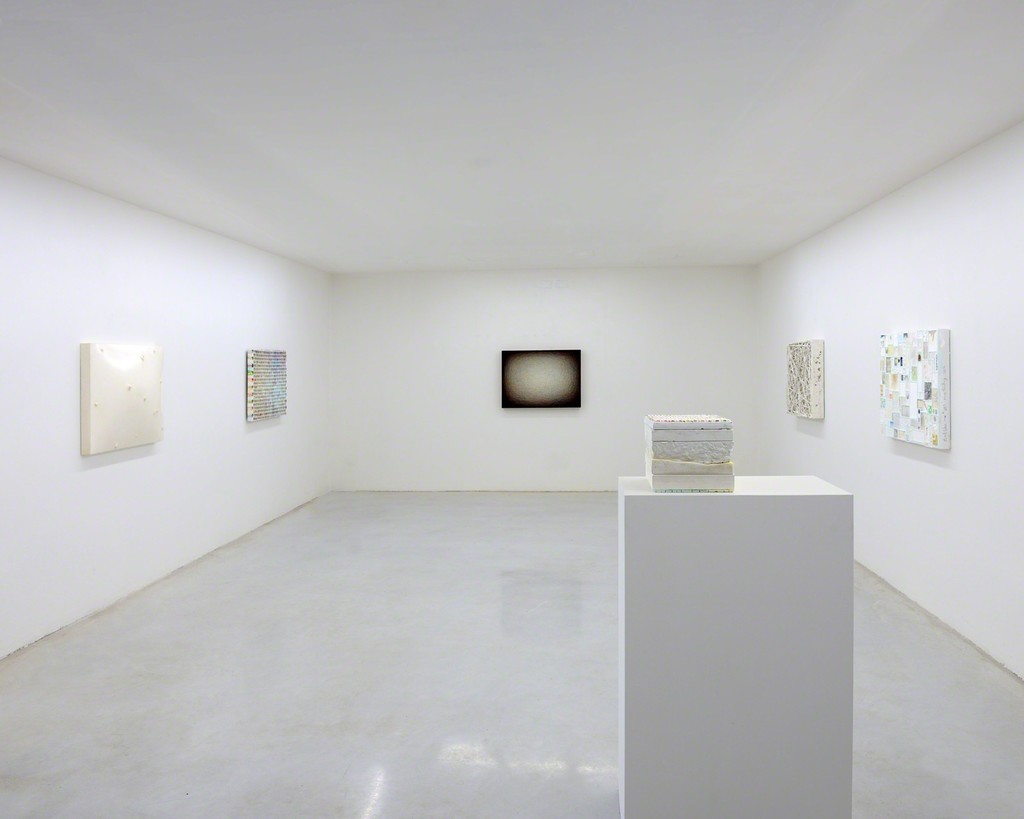 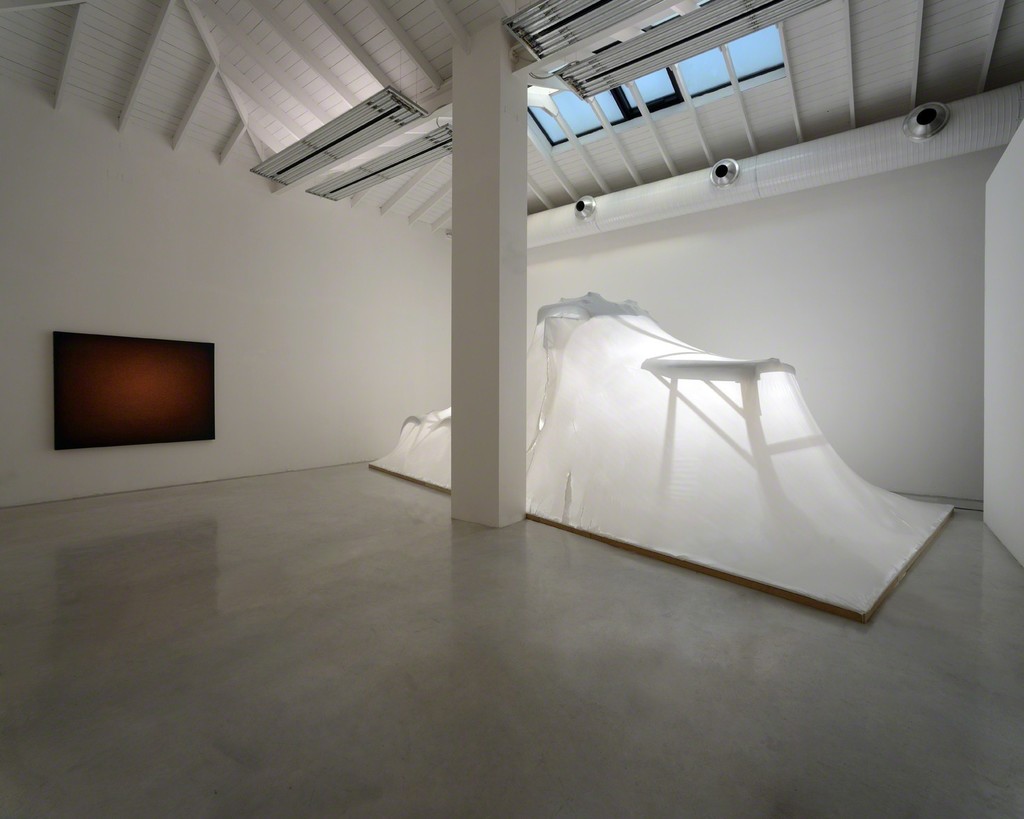 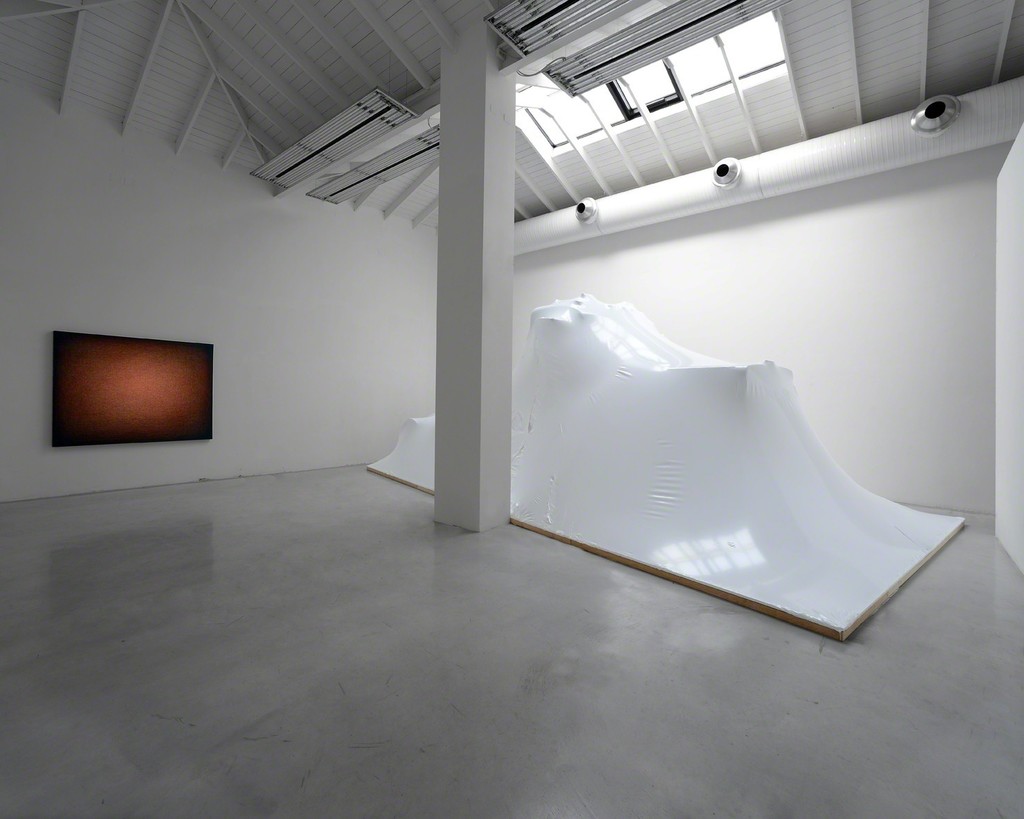 The work by the American artist Emil Lukas (1963) has always stood halfway between painting and sculpture. His versatile use of such materials as wood, plaster, fabric, glue, glass, canvas, paint, organic materials, iron and much more, place his work on the cusp between one art dimension and another. In the past Lukas’s work gave rise to forms that, though making use of media having a great rigidity, evoked sensations and conditions that were seemingly organic.

In his current solo show in Studio la Città, Verona, (in which there will be earlier and later works in a dialogue with each other) this slender boundary seems in part to collapse. The three-dimensionality of his works has gained greater force. The hanging elements in the wall-works break down any kind of residual containment and allow the material to expand to the highest degree. This process reaches its most imposing level in the large installation titled Curvature which has been specifically designed for the space in the gallery. Lukas has decided to content himself no longer with using glass to imprison insects, seeds, and other materials as he has done in the past. This time he is very serious: micro becomes macro and what is physically redrawn is the form of a large truck. The absence of the physical object, which is simply hinted at by a wooden structure and a plastic cover, is what allows the work to exist.

Today’s emptiness and fullness correspond to the negatives and positives which were to be found in his previous work. The illusory, at times kinetic, aspect of these works which, with their hundreds of coloured threads inevitably confuse the eye, is nothing other than the transposition onto a larger scale of the sense of wonder that we feel in front of such an imposing, mechanical-seeming, and delicately redesigned larva.