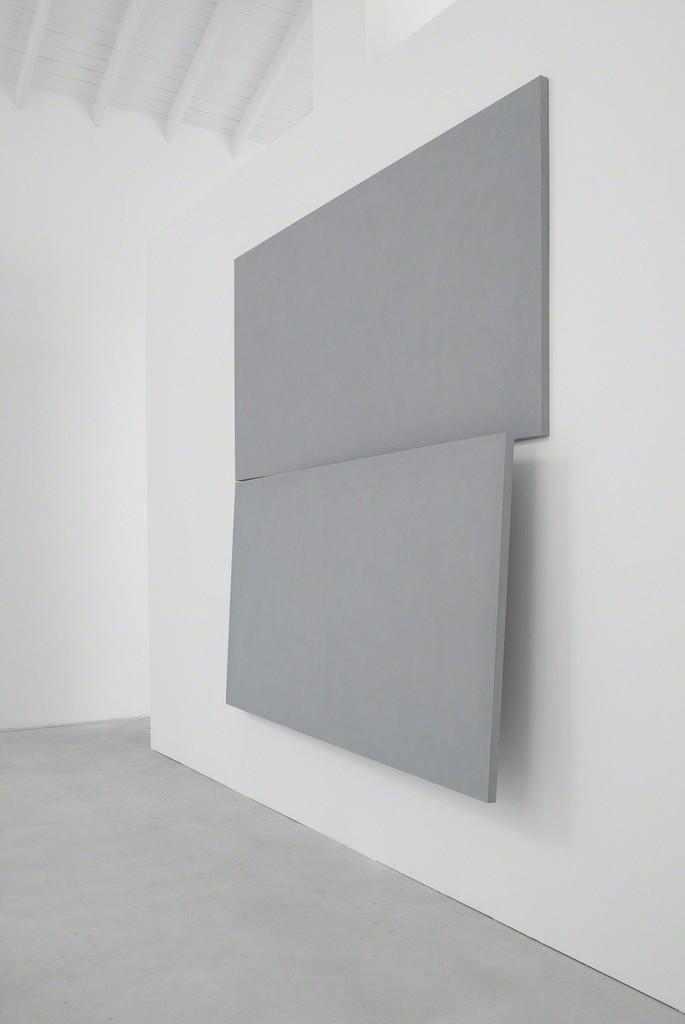 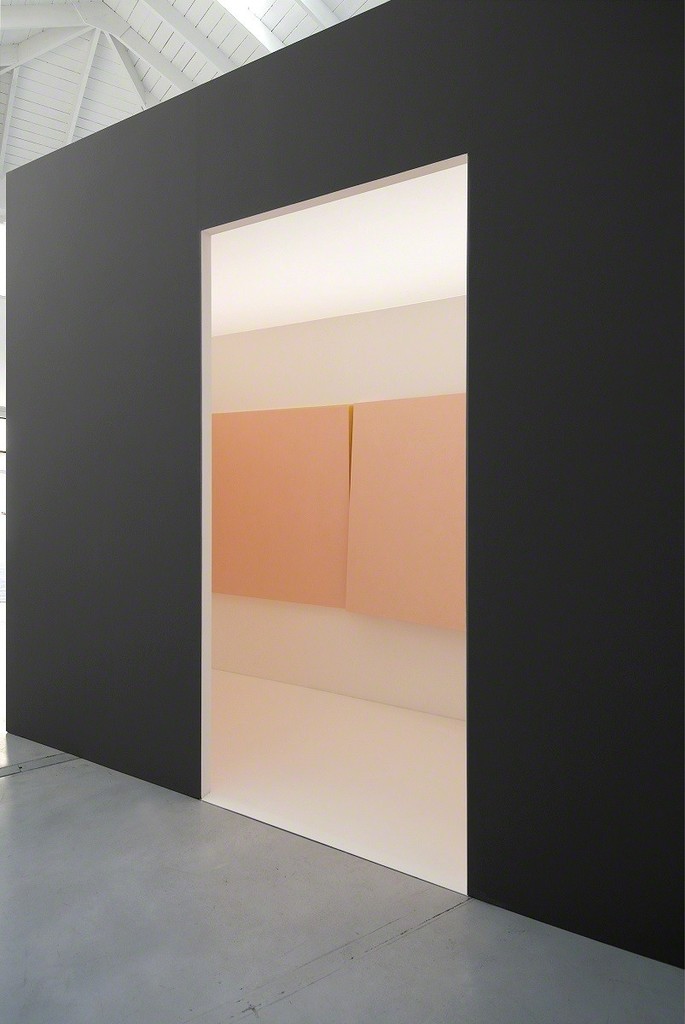 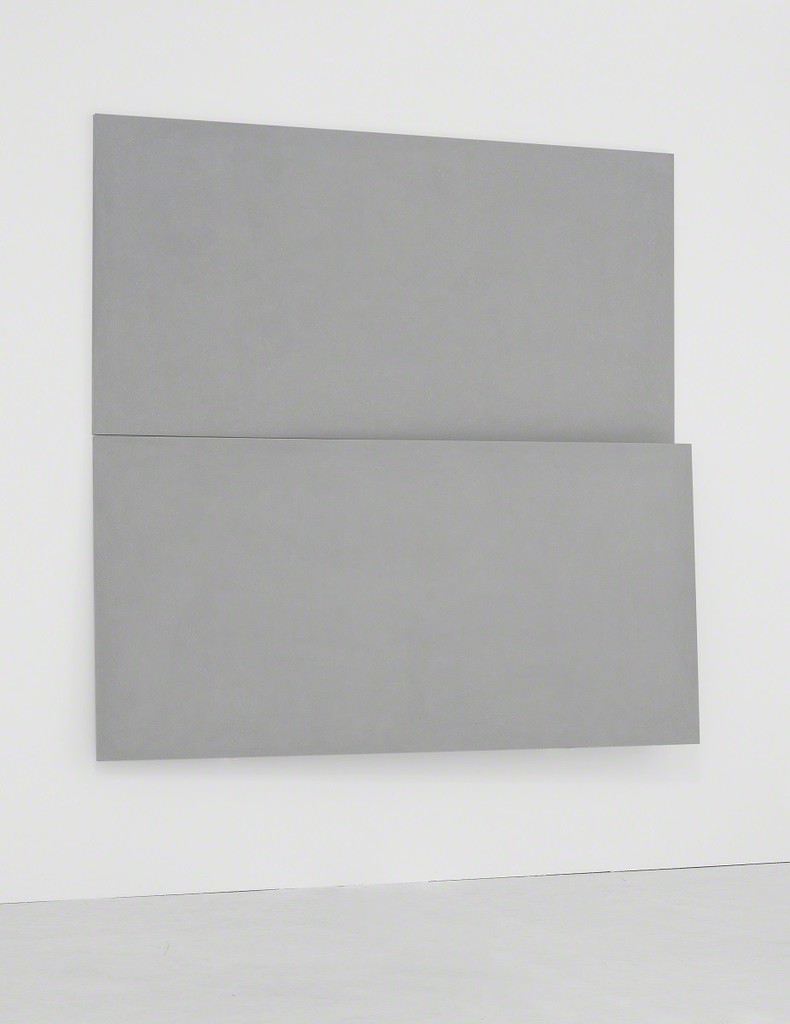 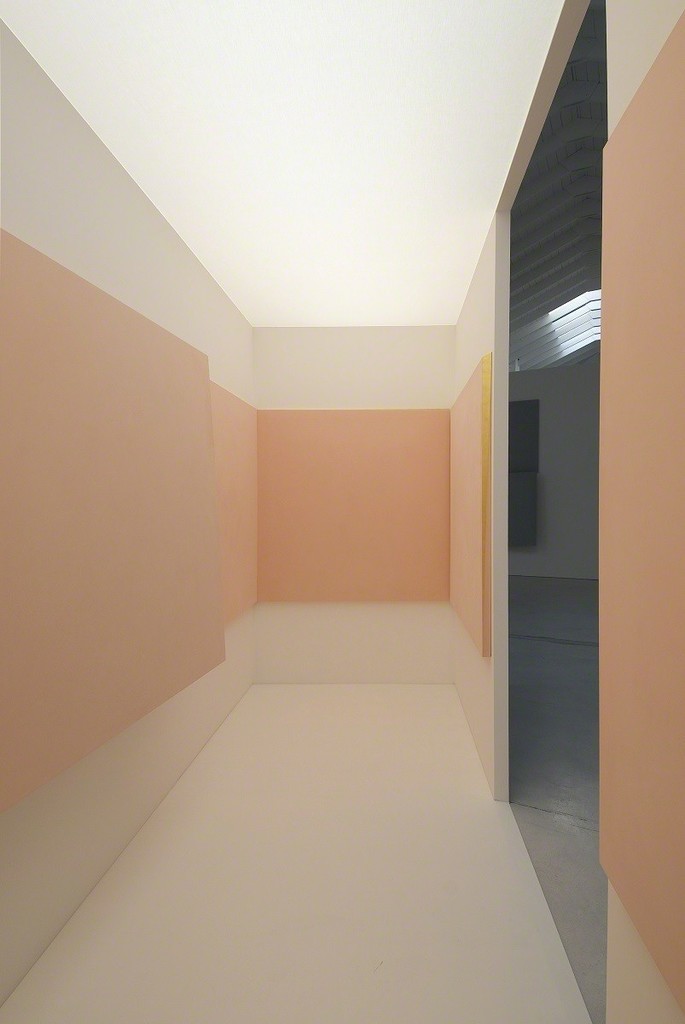 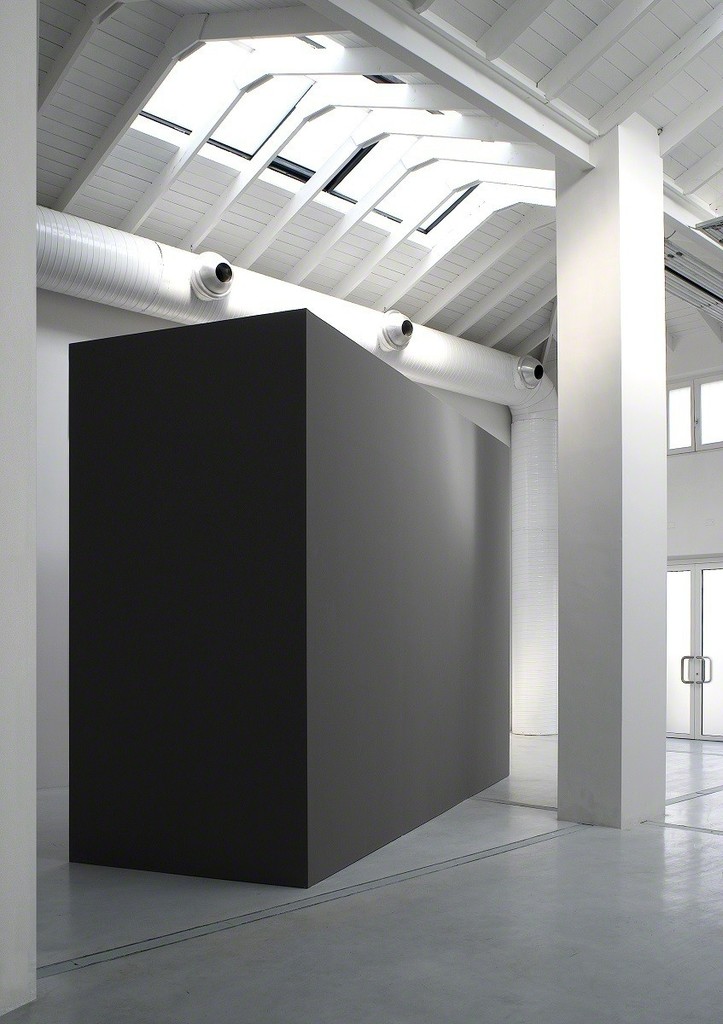 One of the constants in the work of Ettore Spalletti is that “atmospheric” yet, at the same time, chalky sensation that his colour his colours, pale blue, pink, green, grey – conveys to our eye. The technical artifice that produces this effect is probably to be found in his knowledge of how to cunningly amalgamate pure pigments with white (kaolin?) until he obtains that impalpable veil that lies like a coloured mist over the whole surface of his works. The conceptual or, rather, sensual and emotional reason that has led him to this rarefied sensibility should doubtless be searched for in his contemplative attitude towards the world. Contemplation of the world is the very reverse of contemplation of ideas. In fact it implies a movement and an action however imperceptible which from a “low point”, the point traditionally attributed to nature, tends upwards – which is nothing other than nature itself deprived of everything that is contingent and extraneous. This procedure is not very different from that of Cézanne in his paintings of Mont Sainte-Victoire: the repetition of the subject serves to uncover the structure of nature and not its immediate appearance. This is what happens with Spalletti too who takes colour from visible nature to use it as a means for inquiry. Colour and its support – which, in fact, emphases that impalpability I spoke about earlier, even when we are dealing with a block of marble or alabaster weighing hundreds of kilos – still have the delicacy of a butterfly wing. Everything becomes light or, rather, becomes an absolute surface even before becoming a form: the upturned trunks of cones or the cylinders with one flat side which are his characteristic solid forms, become, not so much a coloured mass as a slender sheet which defines its confines thanks to the colour. Furthermore, the surfaces that resemble but only resemble! pictures, where a ledge, a softening, a roundness, solidify the form, become at once a solidified surface too; and this is even more so for colour, that presence without which the surfaces would not exist, given they consist of colour. If there were not an element of speed, almost of violence, in the execution of a fresco, we might compare Spalletti’s work to the film of colour that is absorbed by the “a fresco” wall and that then actually becomes the wall…perhaps instead the mysterious technique of encaustic corresponds better to this sensation, with its slow, sedimented time and its sense of surface, whereas the colour of fresco becomes, yes, substance, but also mass, weight, and wall.