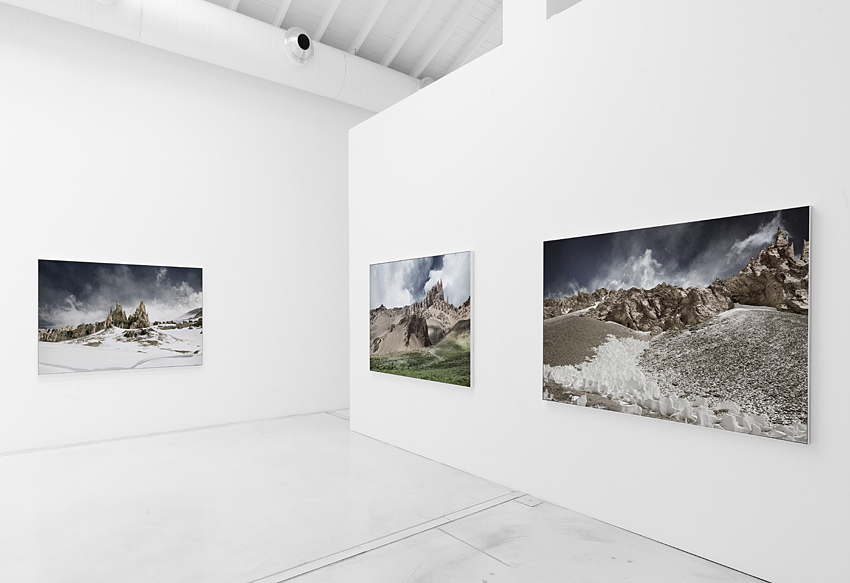 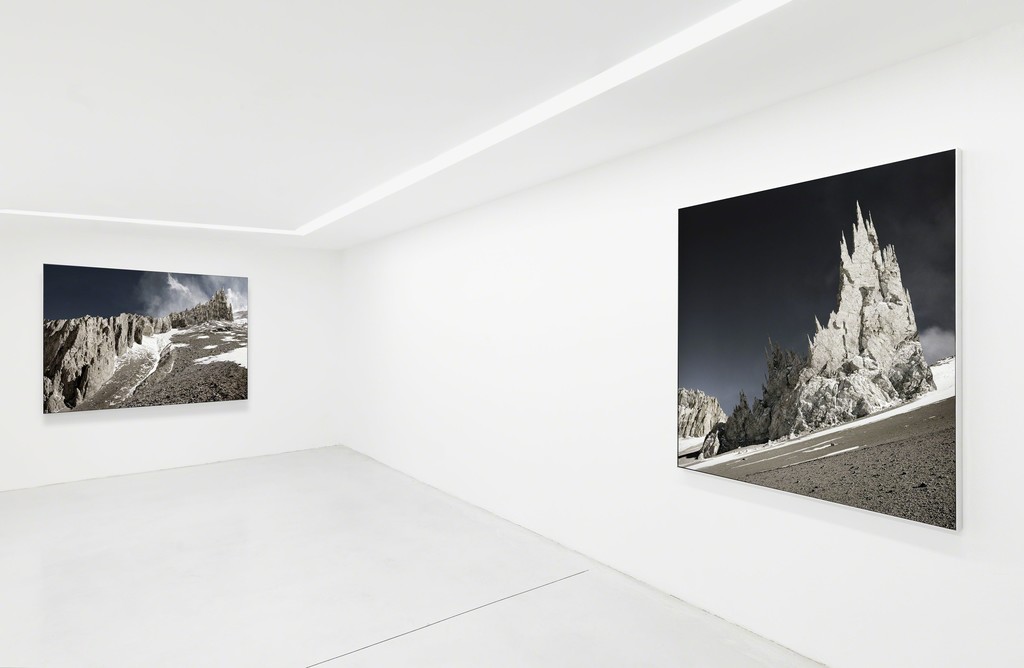 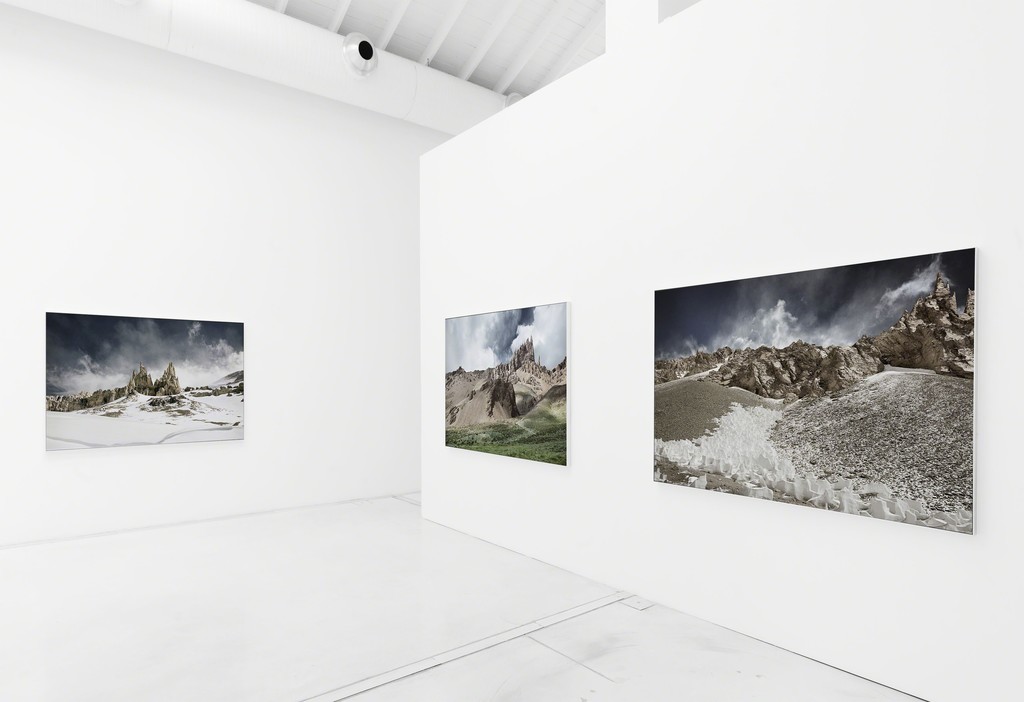 Studio la Città will present the new work by Michael Najjar, from the series “high altitude”. These photographs are based on Najjar’s shots during his three week expedition up Mount Aconcagua in the Argentinean Andes, whose summit he reached in January 2009.
At 6,962 meters, Aconcagua is the highest mountain in the world outside of the Himalayas. As Michael Najjar says “The reality of nature and the life rhythm of a mountain cannot be measured on any human scale and thus become a virtual experience. Such experience of virtuality can also be found on the international economic and financial markets where the staggeringly large sums of money circulating the globe in real time defy our powers of comprehension.” […].
In his latest work series “high altitude”, the German photographic artist Michael Najjar draws an astonishingly fresh visual comparison between the forces of nature and those of the human economy by fusing the world’s leading stock exchange indices with his sweeping mountain panoramas in a breathtaking parable about nature, risks and cataclysms[…].
The nine large-format photographs take impressive cliff and rock formations to exemplify the development of leading stock exchange indices over the past 20 – 30 years. Like blueprints, Najjar suspends the performance charts of such indices as the Dow Jones, Hang Seng, Nikkei and Dax over the mountain peaks, and changes the natural course of mountain borderlines, pairing pure natural beauty with the development of the global financial system.