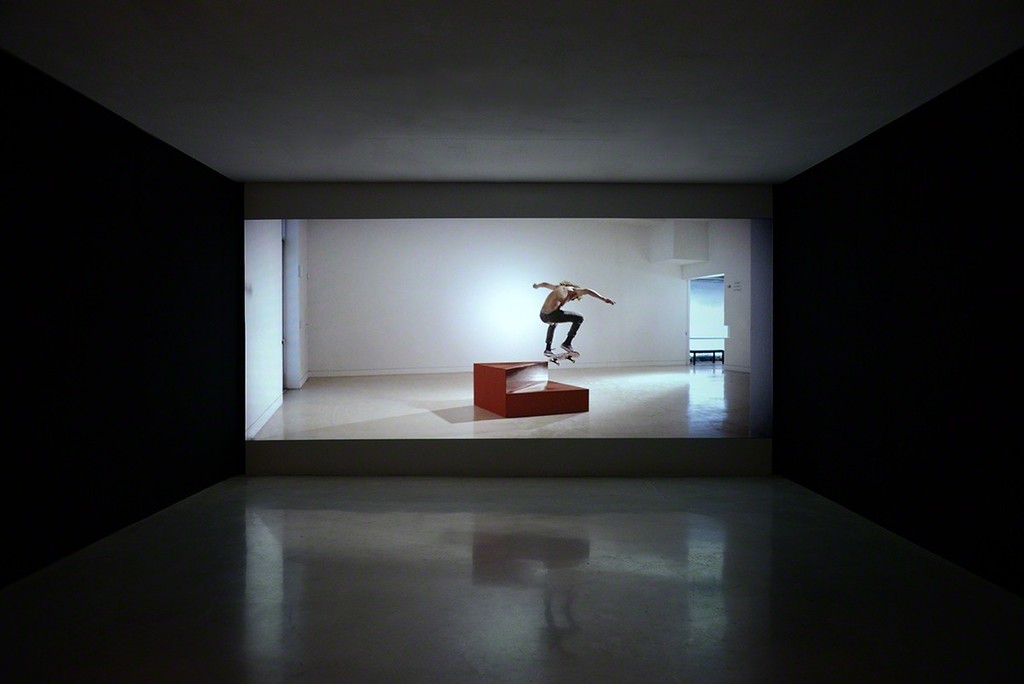 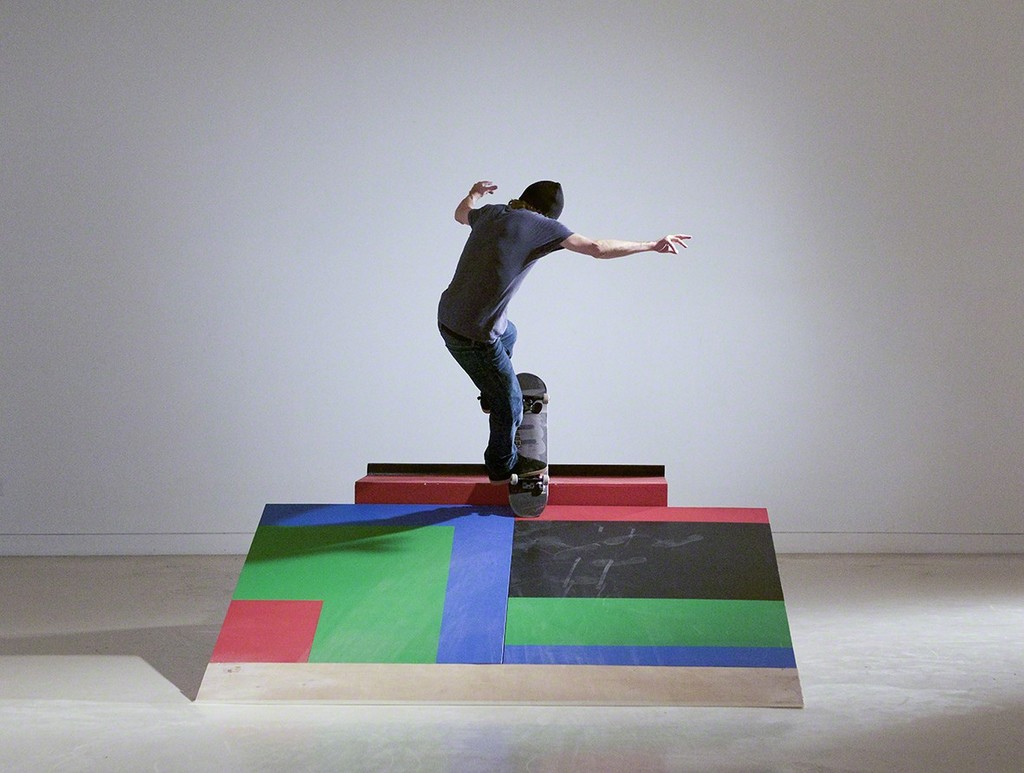 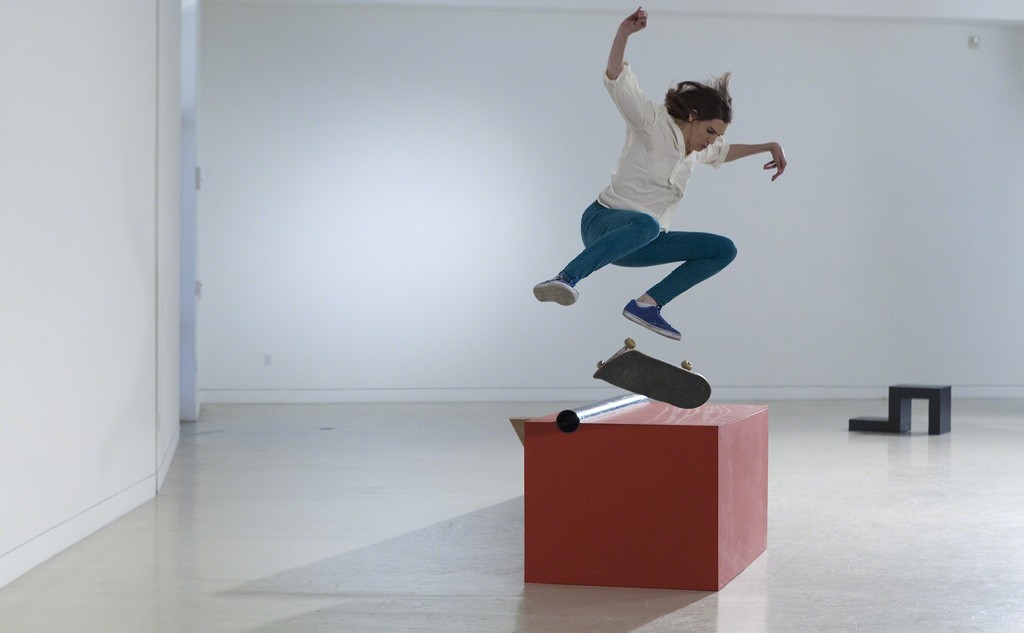 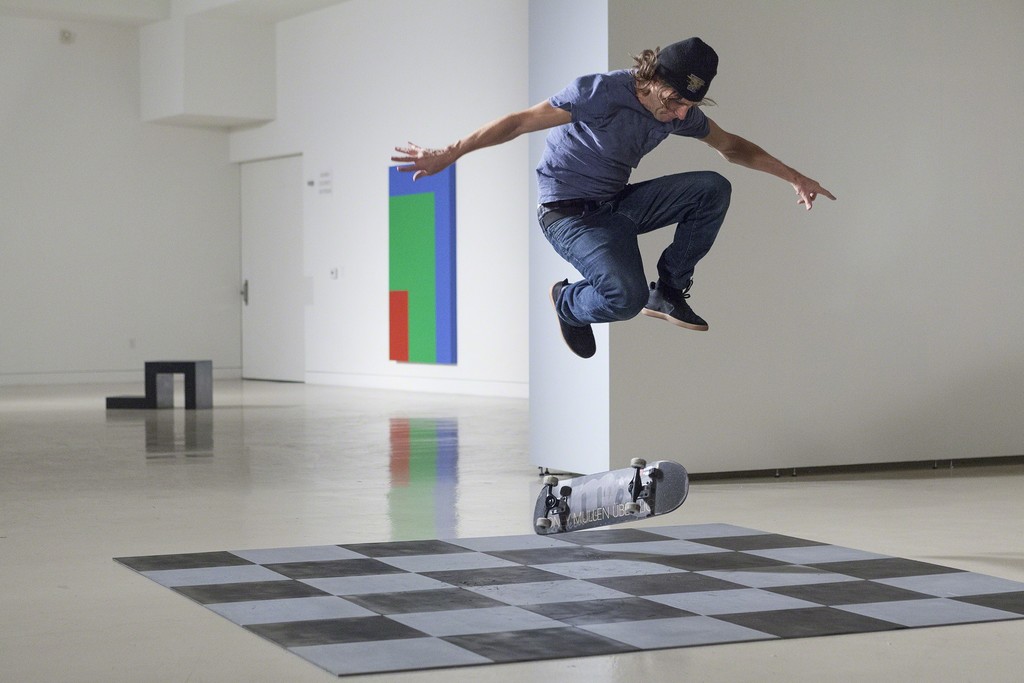 «What is the difference between a Minimalist sculpture and a skateboard? Or are they the same thing?» These are questions that come to mind when looking at Shaun Gladwell’s new work Skateboarders vs Minimalism. The video, made thanks to the collaboration of three of the world’s top skaters – Hillary Thompson, Jesus Esteban Correa, and Rodney Mullen – was shot in an exhibition area where the skaters ably jumped over copies of sculptures by Donald Judd, Dan Flavin, Carl Andre, and other artists who helped the spread of Minimal Art in the 1960s and 1970s.
Gladwell himself has said, «Minimalism offers such great forms for skateboarders to ride on. It is a formal issue. The forms are simple and clean – perfect for skateboarding». The video is backed by “Islands” by Philip Glass.

Shaun Gladwell (Sydney 1972) grew up in the western outskirts of Sydney. He is not a conventional artist, and nor are his works the typical wobbly and speedy videos made by skateboarder video makers. His work, in fact, evolves through an analysis of such forms of urban expression as skateboarding, hip-hop, graffiti, BMX bike riding, break-dancing, and extreme sports. It is mainly based on the study of the human body in space, and the plasticity of movement itself. All these elements are often set in particular contexts and are accompanied, as with this latest work, by music that is an integral part of the work itself.
In 2009 Shaun Gladwell represented Australia at the 53rd Venice Biennale with the show MADDESTMAXIMVS: Planet & Stars Sequence. His work has been widely exhibited at international biennales, among which the Cairo Biennale (2010); Sydney (2008); Taipei (2008); the 52nd Venice Biennale (2007); São Paulo (2006); Busan (2006); and at the Yokohama Triennial (2005). Gladwell’s work is to be found in important public and private collections in the UK, Australia, the U.S.A., The Netherlands, and Japan.