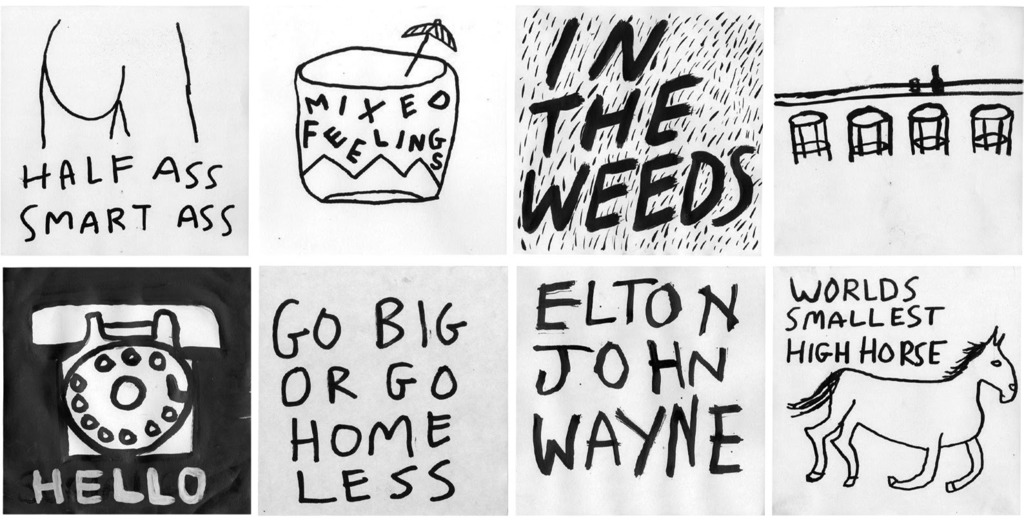 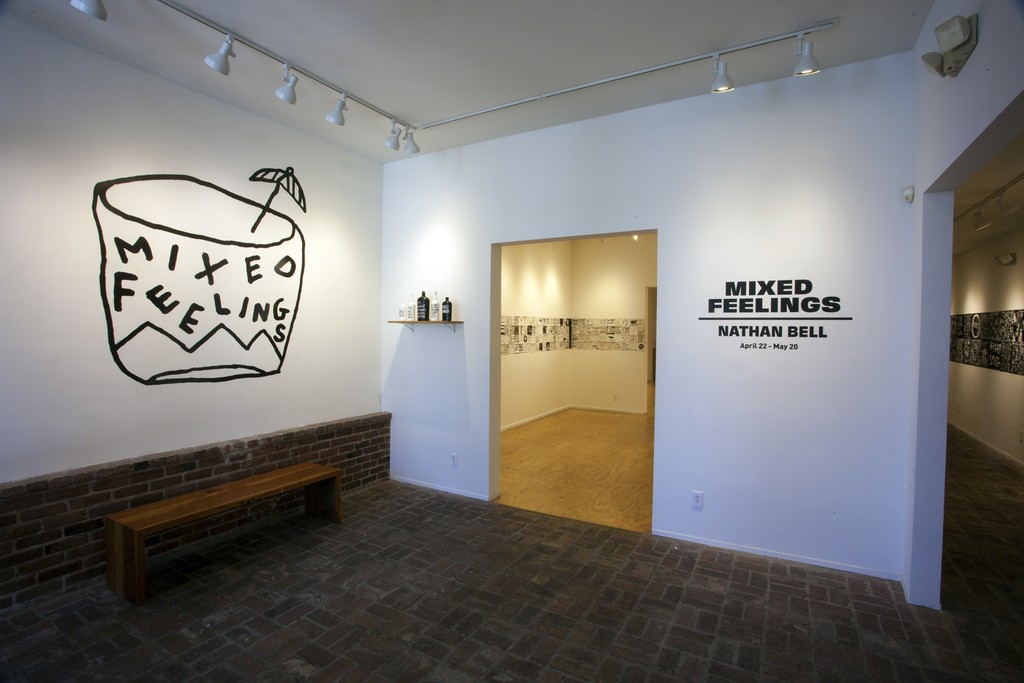 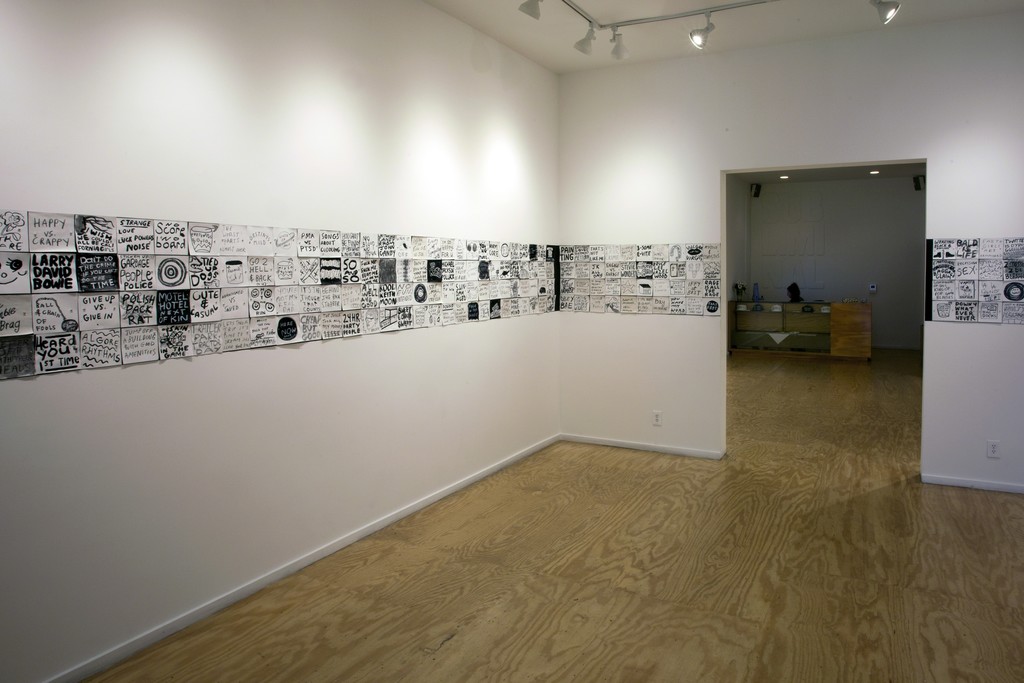 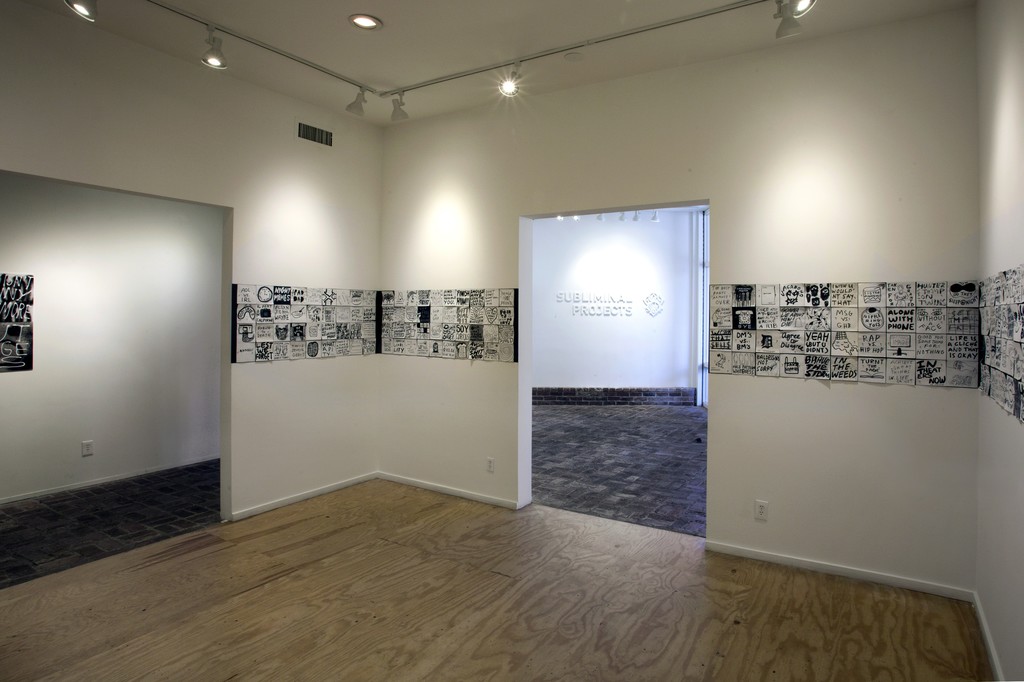 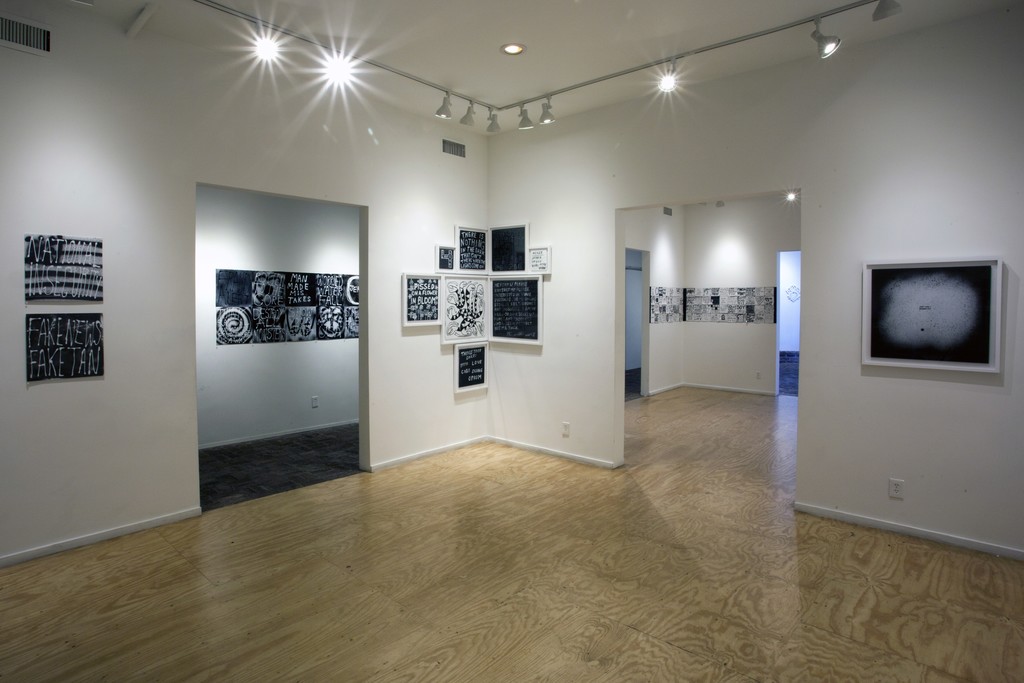 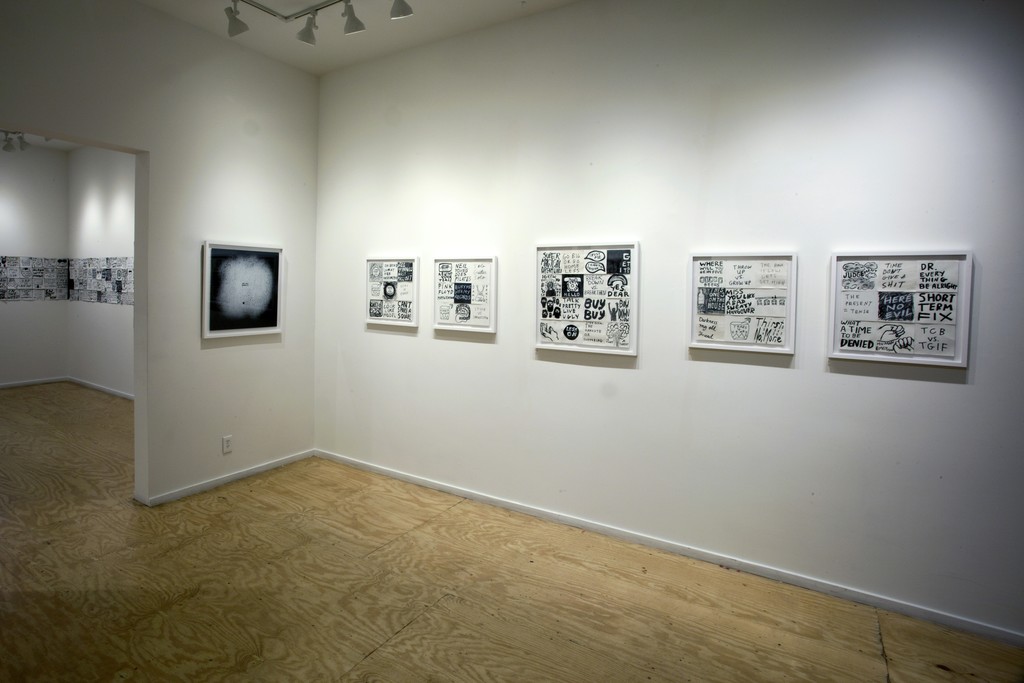 ECHO PARK - Subliminal Projects is pleased to present Mixed Feelings, the first solo exhibition by Los Angles-based
artist Nathan Bell. The exhibit will showcase a variety of Bell’s type based pieces on French paper, Coroplast, and mixed
media works.
Mixed Feelings is a collection of Bell’s work that has manifested from a series of small 6x6 inch square paintings that
began as sketches for larger works. Over the span of two years, these works evolved into a larger narrative installation,
covering a 10x10 foot wall in his Chinatown studio. Bell considers this body of work to be “an experiment in language,
typography and aesthetic.” Comprised of musings, wordplay, inside jokes, lyrics, overheard exchanges, political and
social commentary, pop culture anecdotes, and everyday idiosyncrasies, each piece engages the viewer in a playful
dialogue that calls for deeper reflection and creates a visual onslaught of themes that are intentional, unexpected,
hyper-personal and mysterious.
Bell’s “Protest Paintings” similarly evoke rumination on words, but this time as a form of social outcry. Using political
signage material typically erected on lawn placards or visible in home windows to express political affiliations, Bell
scrawls out gut reactions to unjust current affairs, adopting a darker take on 60s-esque protest sign aesthetic. A portion
of the proceeds from the sales of this series will be donated to the ACLU.
With over 400 works, Mixed Feelings provides viewers with an in-depth look into Bell’s personality, as he departs from
his quiet external persona and delivers bold social commentary, tossing aside cultural proprieties. Bell’s art propels a
bombardment of feelings around like darts at a bull’s eye. Who or what the target is the spectator’s guess.
This exhibition was made possible by the support of Vans.
ABOUT NATHAN BELL
Nathan Bell (b. 1981), Ann Arbor, Michigan is a Los Angeles based artist and designer. He is strongly influenced by
music, pop culture, and vintage graphics, blending his ideas with a hand done aesthetic. Bell cleverly crafts words in
his drawings and paintings to describe life scenarios, often combining his talents as artist and designer. His works have
shown at The Hole NYC, HVW8, ForYourArt, See Line Gallery, and LAMAG alongside artists including Dave Muller,
Johanna Jackson, Ed Fella, Sage Vaughn, Ron English, and Shepard Fairey. Bell’s work has been featured in Artslant’s
Collector’s Catalogue, Vogue Japan, i-D Magazine, as well as books, catalogues, and various music-related materials
For more information, please visit nathan-bell.com or follow him on Instagram (@nathanbell).