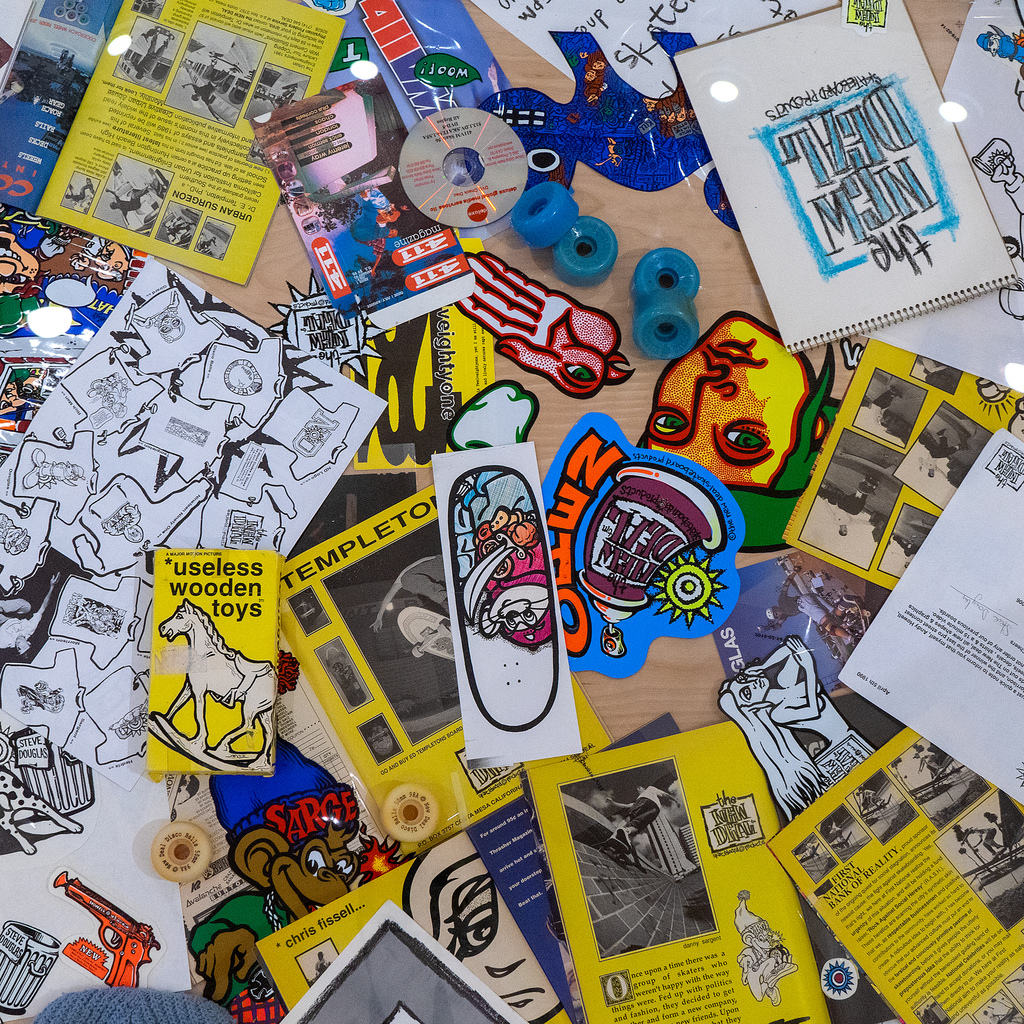 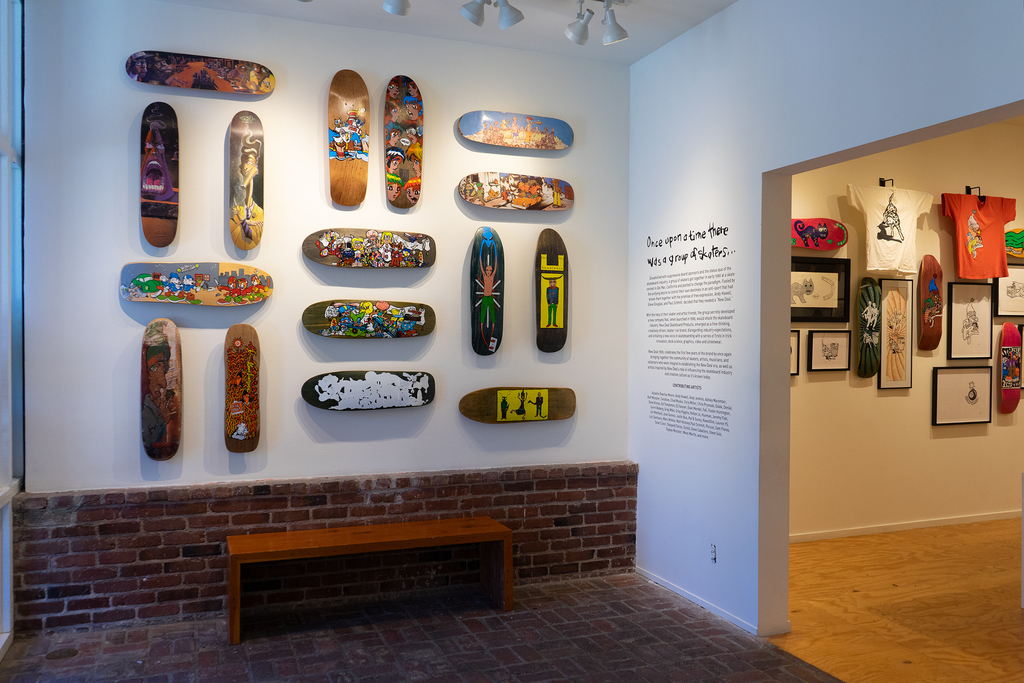 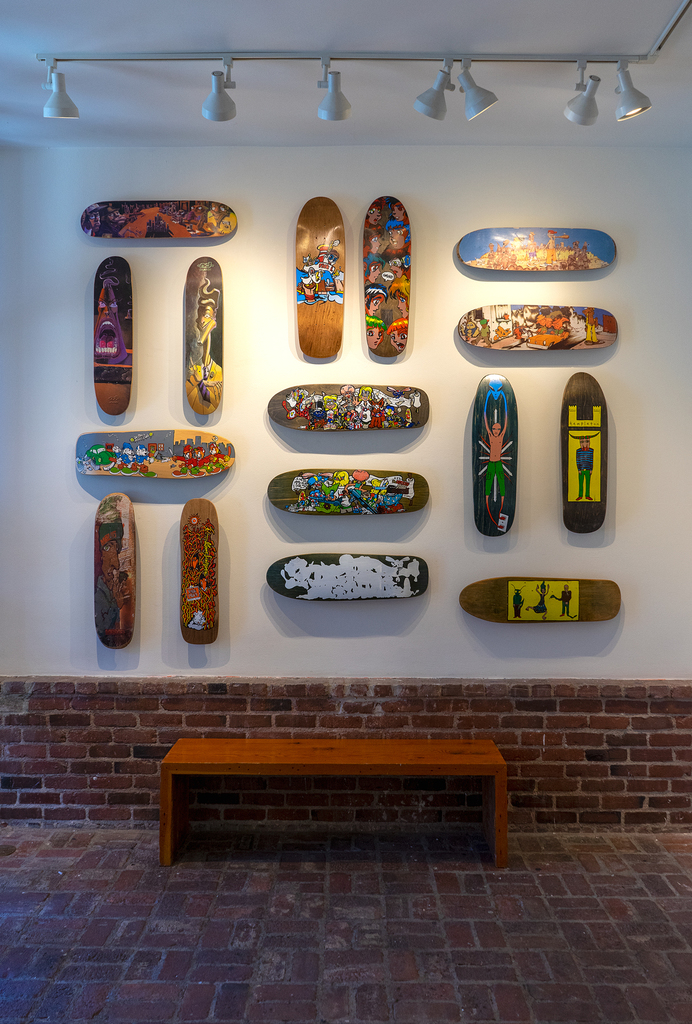 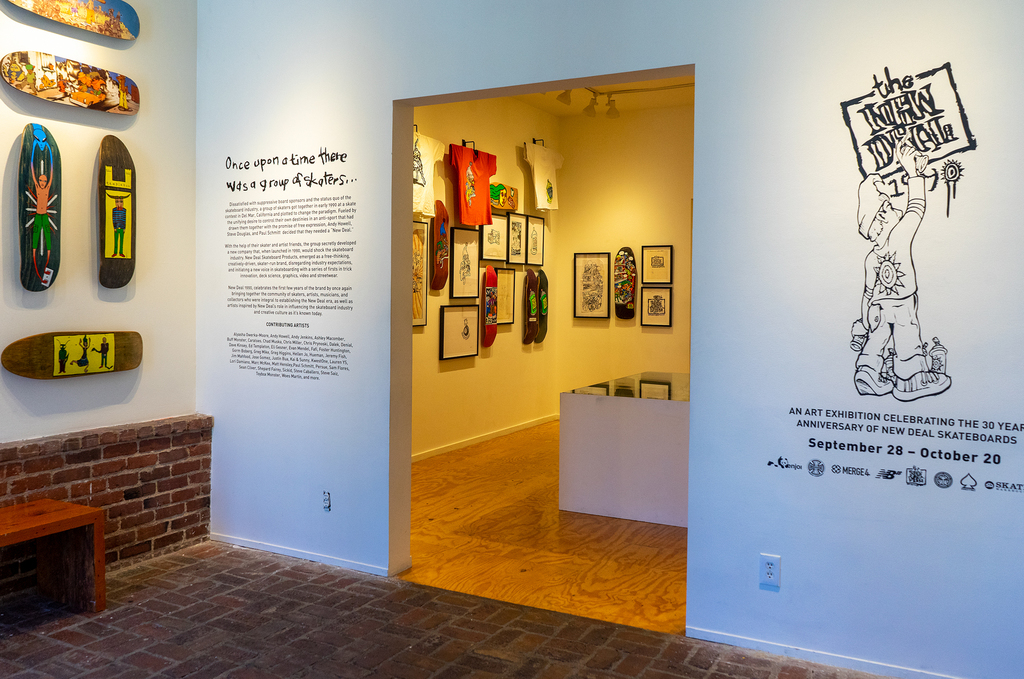 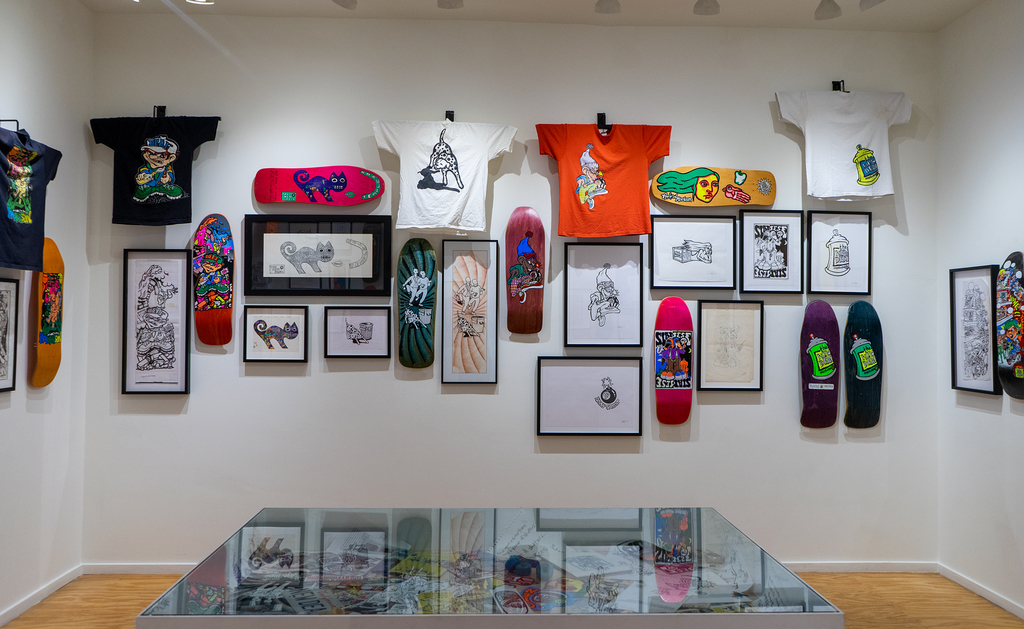 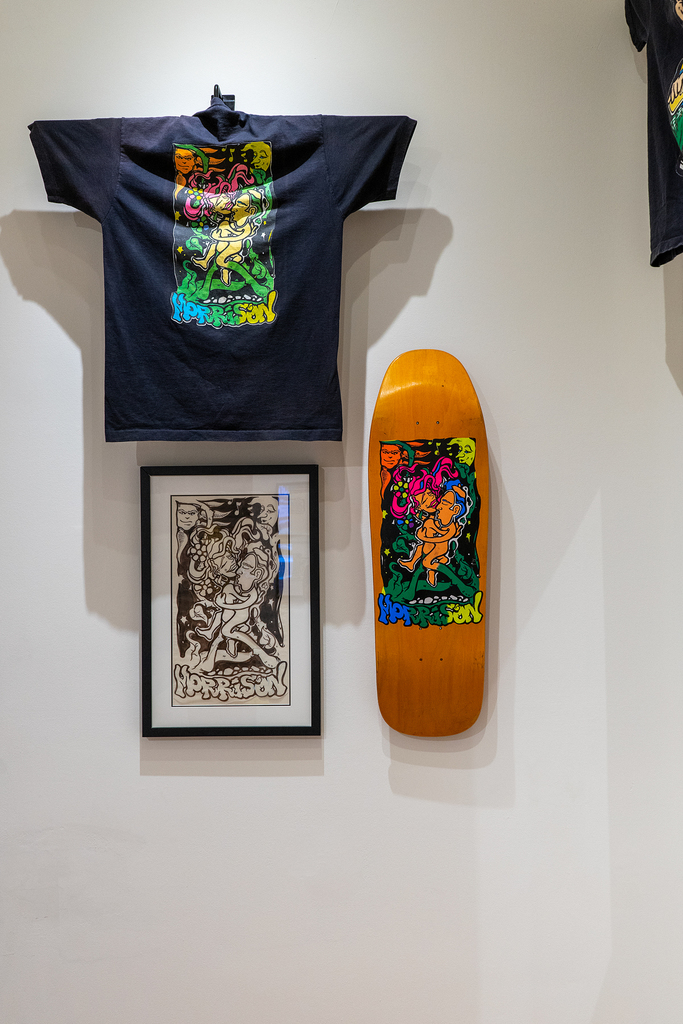 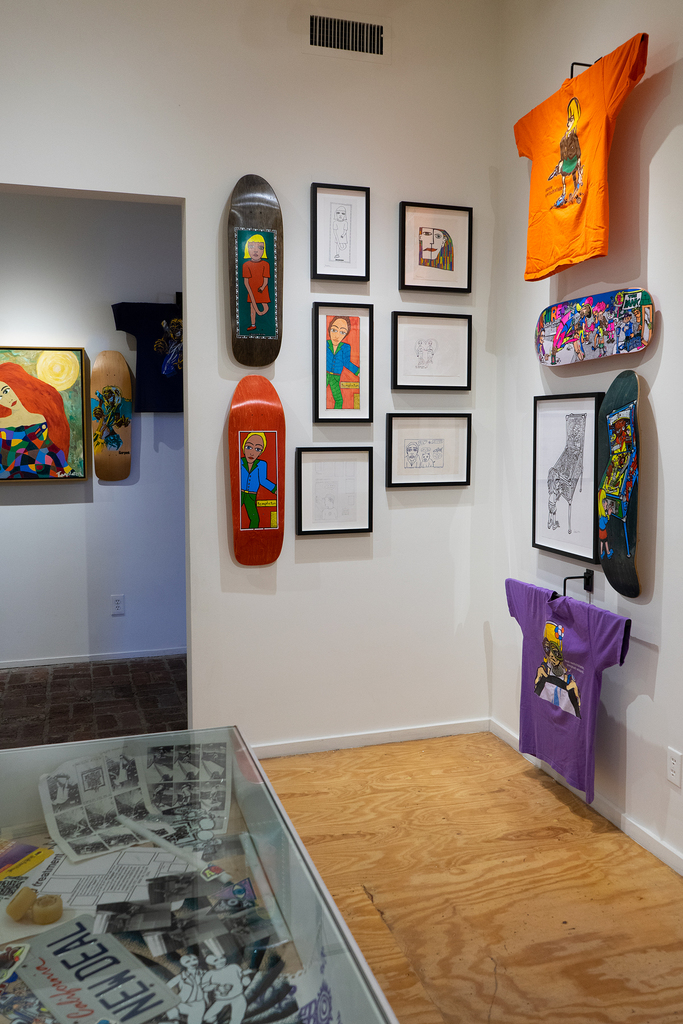 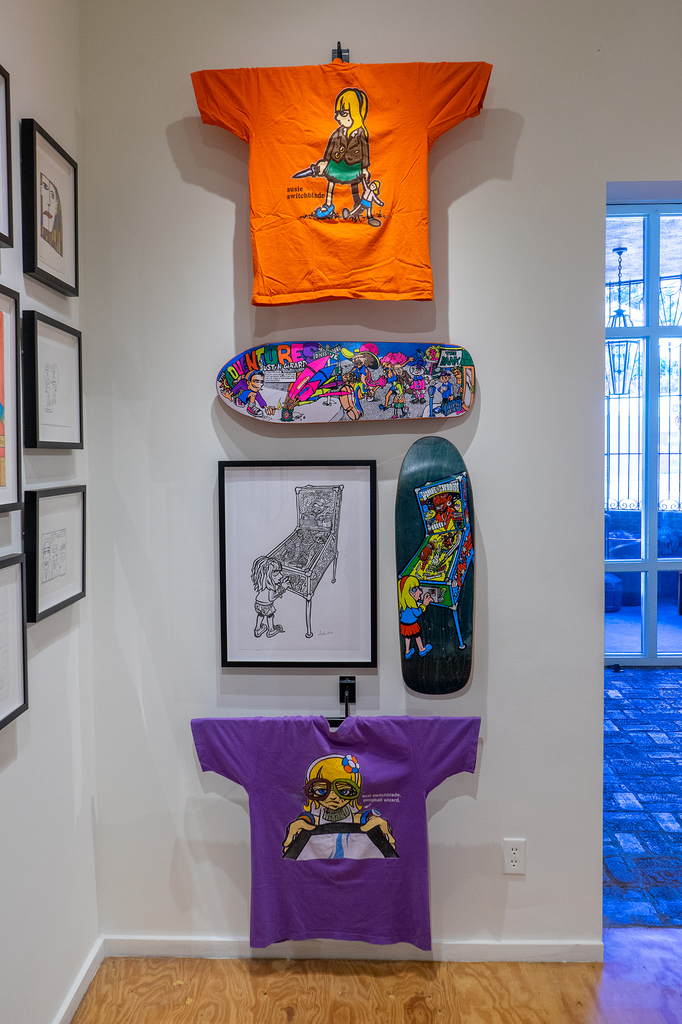 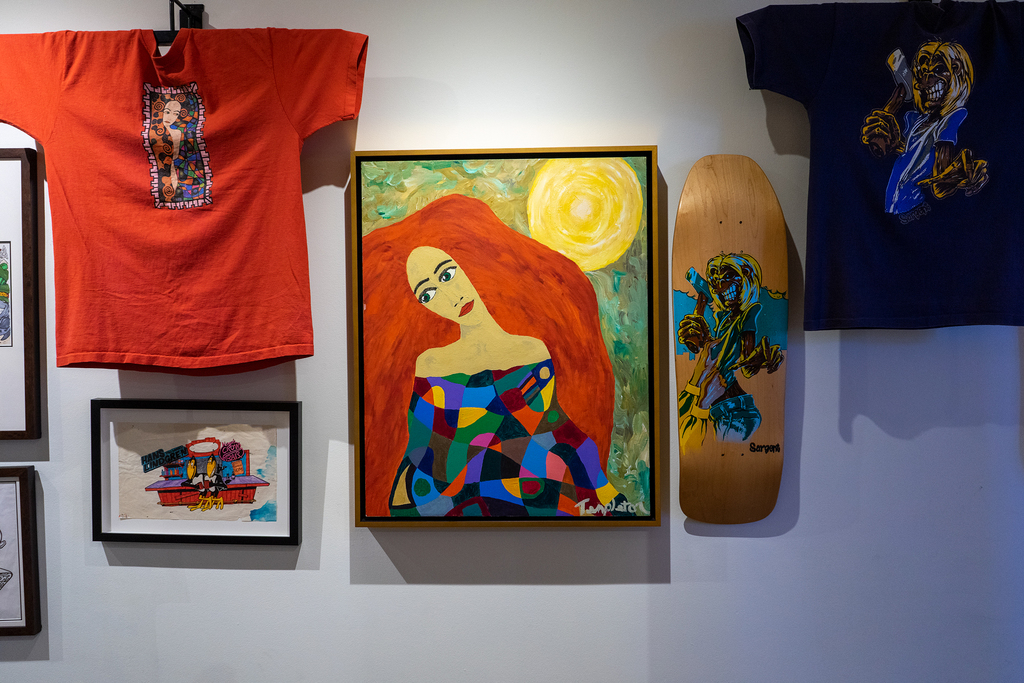 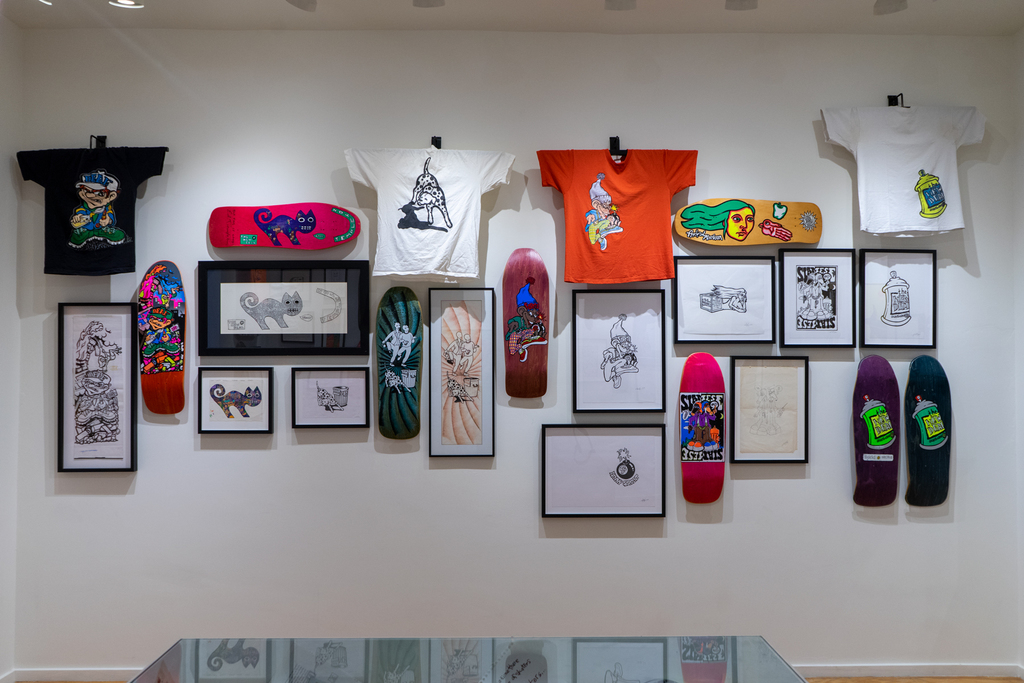 Subliminal Projects is pleased to present, New Deal 1990. Coinciding with the launch of the New Deal Heritage Collection 2020, which commemorates the 30th anniversary of the launch of New Deal Skateboard Products, longtime friends and collaborators Shepard Fairey and Andy Howell co-curate an exhibition to celebrate the brand and its impact on creative and popular culture. The exhibition features
original works by the team riders and artists of New Deal, a group show of artists inspired by the era, and various art and ephemera from collectors who have helped to preserve the New Deal legacy.

"I was already a big fan of Andy Howell’s art and skateboarding in the late ’80s, so I watched eagerly as he and his partners launched New Deal Skateboards in 1990. New Deal was groundbreaking not only because skaters creatively led it, but because Andy Howell’s art and design almost instantly shifted the aesthetics and style of skateboarding from skulls and dragons to graffiti and hip-hop. New Deal was the first company primarily focused on street skating and street culture, and their smart, funny, ads celebrated their role as the “power to the people,” “ear to the street” vanguard of skater-owned-and-run companies. Straight out of the gate New Deal set the tone for the ’90s." -Shepard Fairey

Dissatisfied with suppressive board sponsors and the status quo of the skateboard industry, a group of skaters got together in early 1990 at a skate contest in Del Mar, California and plotted to change the paradigm. Fueled by the unifying desire to control their own destinies in an anti-sport that had drawn them together with the promise of free expression, Andy Howell, Steve Douglas, and Paul Schmitt, decided
that they needed a “New Deal.” With the help of their skater and artist friends, the group secretly developed a new company that, when launched in 1990, would shock the skateboard industry. New Deal Skateboard Products, emerged as a free-thinking, creatively-driven, skater-run brand, disregarding industry expectations, and initiating a new voice in skateboarding with a series of firsts in trick innovation, deck science, graphics, and video. New Deal also set a new precedent for streetwear with the release of Big Deals, the first baggy jeans for skateboarding, designed by Howell, which became an iconic staple in action sports and transcended the industry as one of the first streetwear trends of the ‘90s. This unprecedented platform helped launch the careers of some of the most innovative and influential skaters of the day, including New Deal co-founder Andy Howell, Ed Templeton, Mike Vallely, Justin Girard, and Chris Hall, while also championing an era of artists who were essential in developing a new aesthetic in skateboard graphics such as, Barry McGee, Jose Gomez, and Gorm Boberg.

"As an artist, skater and co-founder of New Deal in 1990, I guided the brand’s aesthetic and voice, which helped influence an emerging street-focused youth culture. But it wasn’t until many years later that the true impact began to appear to me via experiences shared on social media. Many iconic skate, street, and contemporary artists were touched by the brand in their formative years, and they continue to pass on that influence through their work. I’m honored to work with Shepard to curate such a widely varied group of artists with New Deal as the common thread."- Andy Howell

New Deal Skateboard Products relaunches in 2020 as a reimagined heritage brand drawing on its authentic foundation as a skater-run company. Setting the tone for the relaunch, the New Deal 1990 exhibition, celebrates the first few years of the brand by once again bringing together the community of skaters, artists, musicians, and collectors who were integral to establishing the New Deal era, as well as artists inspired by New Deal’s role in influencing the skateboard industry and creative culture as its known today.