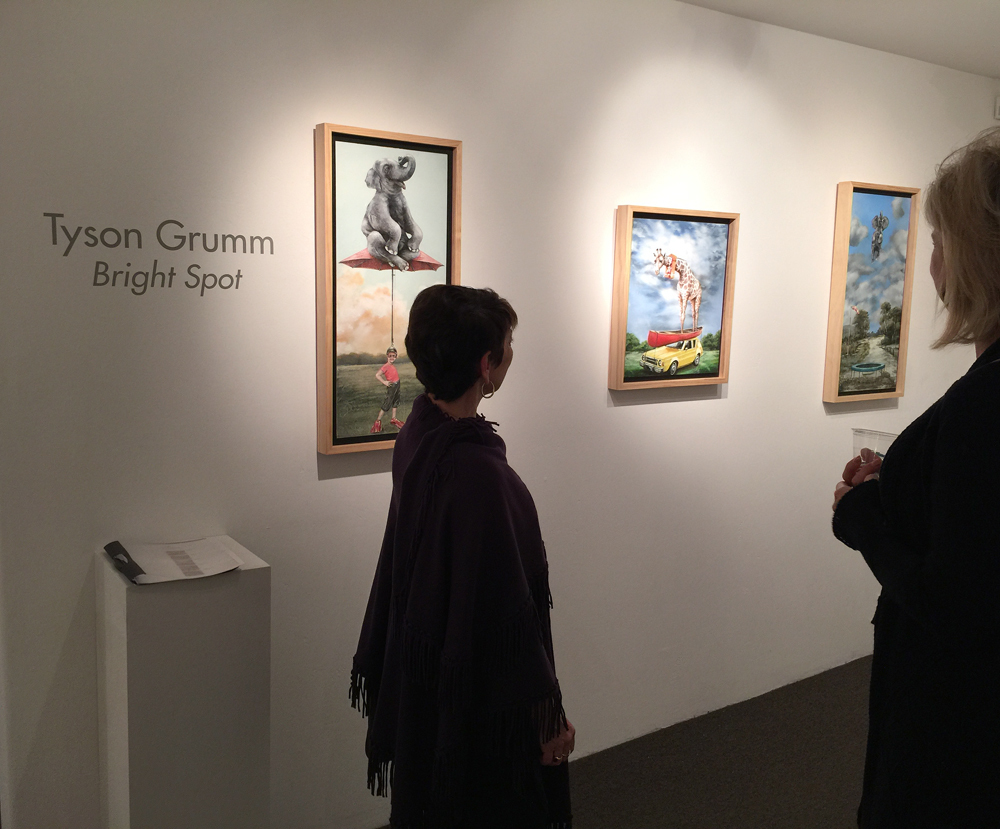 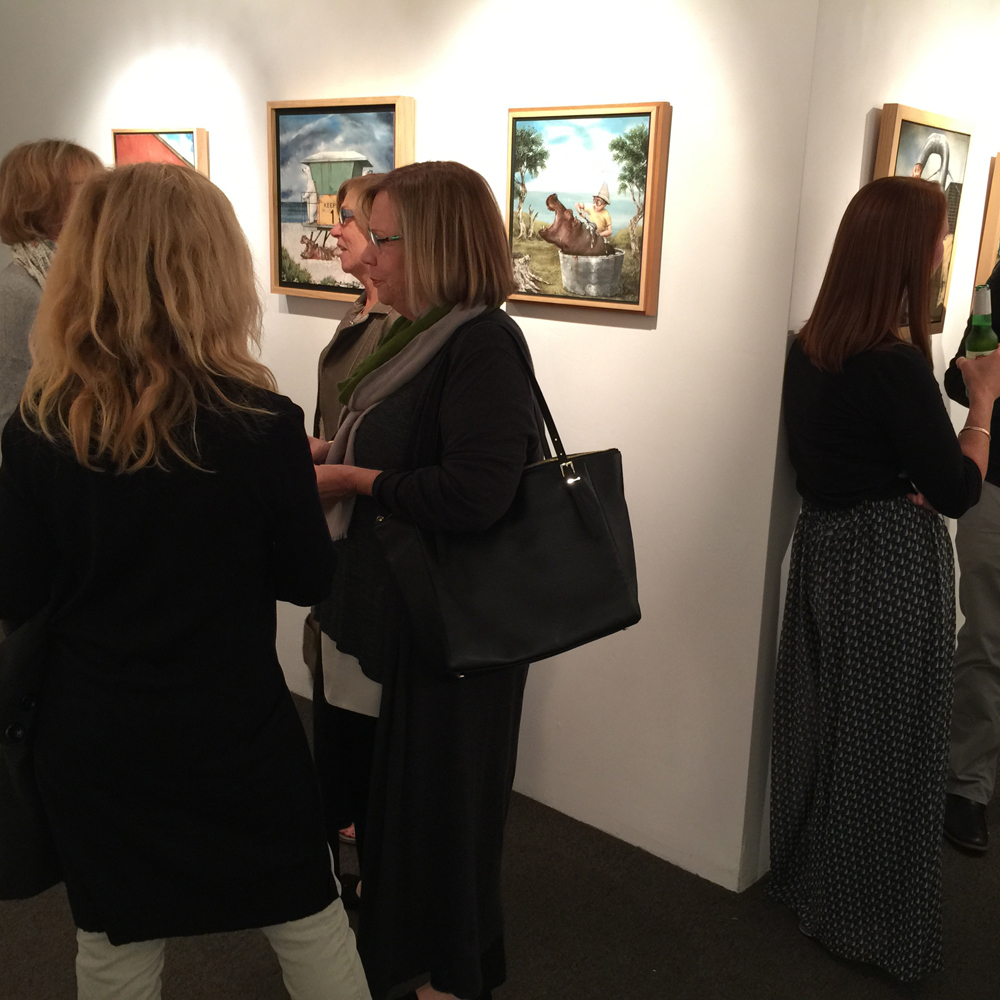 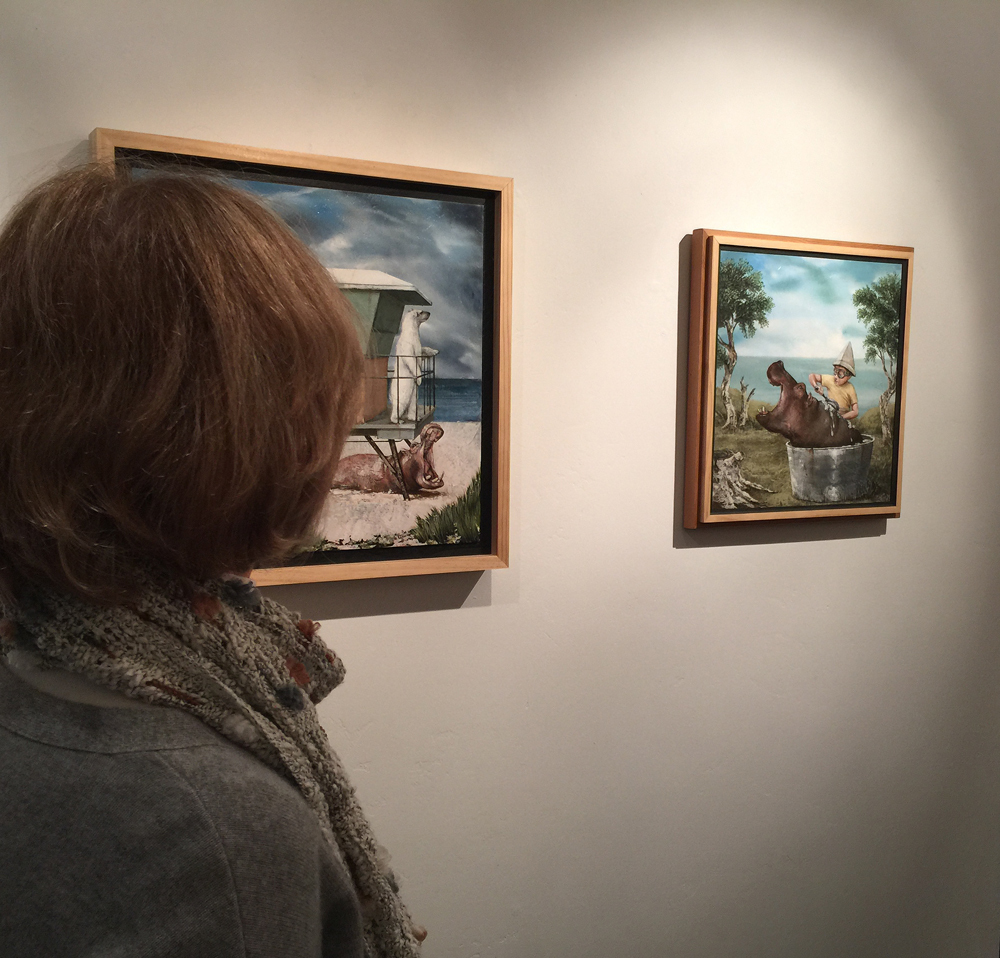 Tyson Grumm was born in Newcastle, Wyoming, in 1972. He studied at Southern Oregon University where he received his Bachelor of Fine Art in 1996.

Tyson Grumm's freeze-framed images capture a world where the only clues to the past and the future can be derived from the figures located within fantastical surroundings. Consequently, each work reveals a story that is only partially told, enabling each viewer to contribute their own unique story to complete each of Grumm's works. His paintings invite us into a unique and often nostalgic world of imaginative imagery. The artist relies on common objects from his surroundings to provide a certain degree of familiarity in his work. The motifs appear to him as he begins painting and then, begin to work themselves into his composition. His figures appear to be both characters and caricatures, distinctive and unusual, and often with historical significance. Created entirely in the mind of the artist,these colorful and imaginative works juxtapose seemingly incongruous elements, such as humans, wild animals, and whimsical back drops within each frame, resulting in a surreal topsy-turvy world.

Grumm has exhibited widely throughout the USA and internationally. His works can be found in a many private and public collections in Europe and the USA.