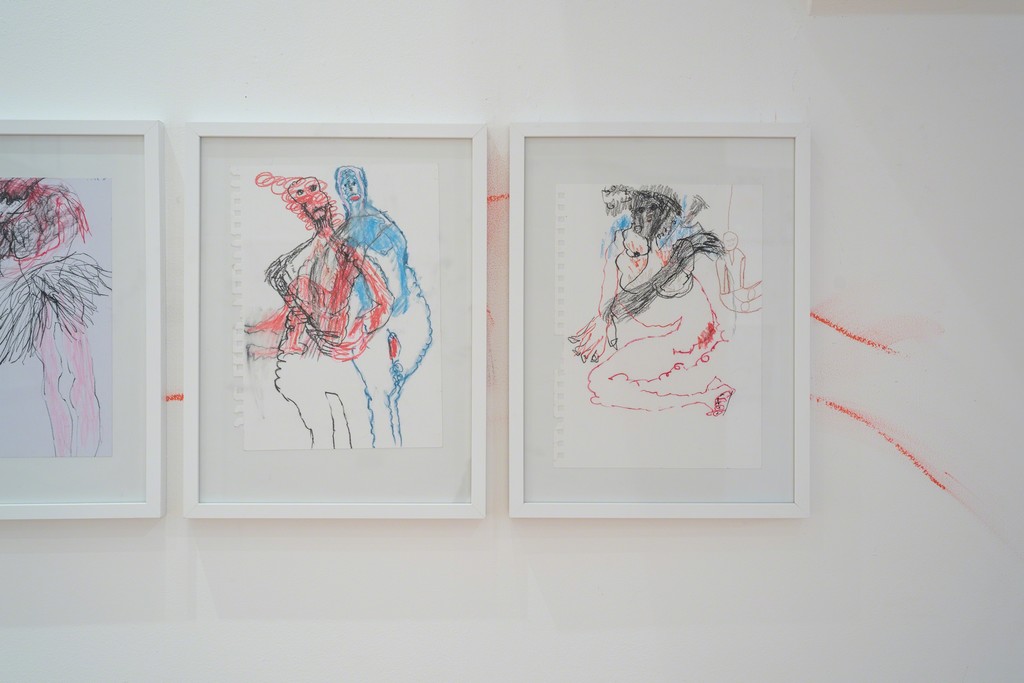 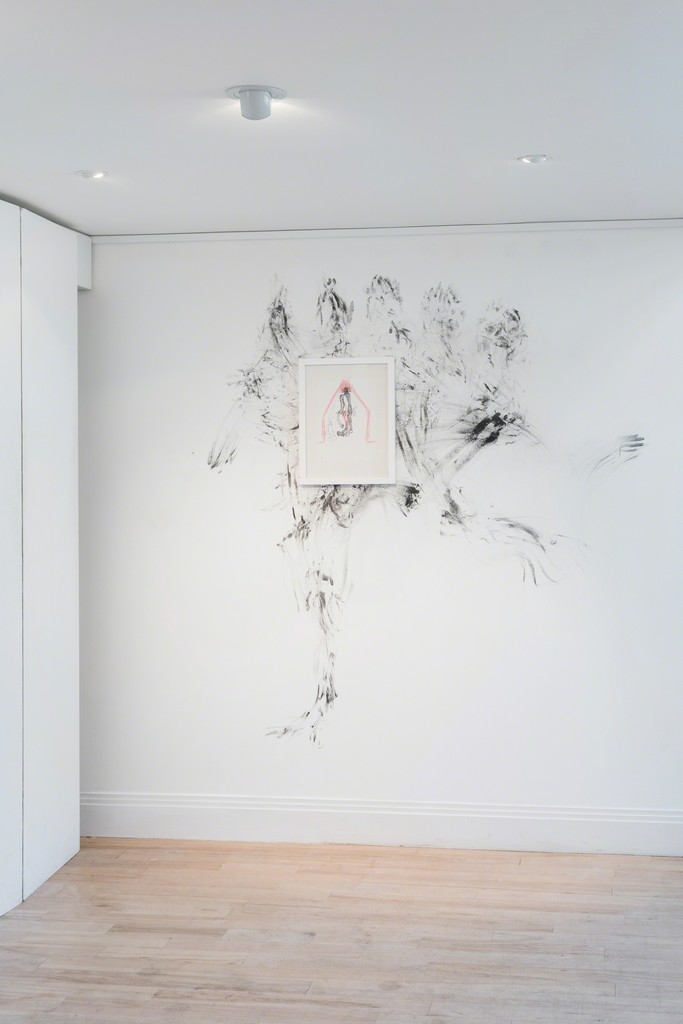 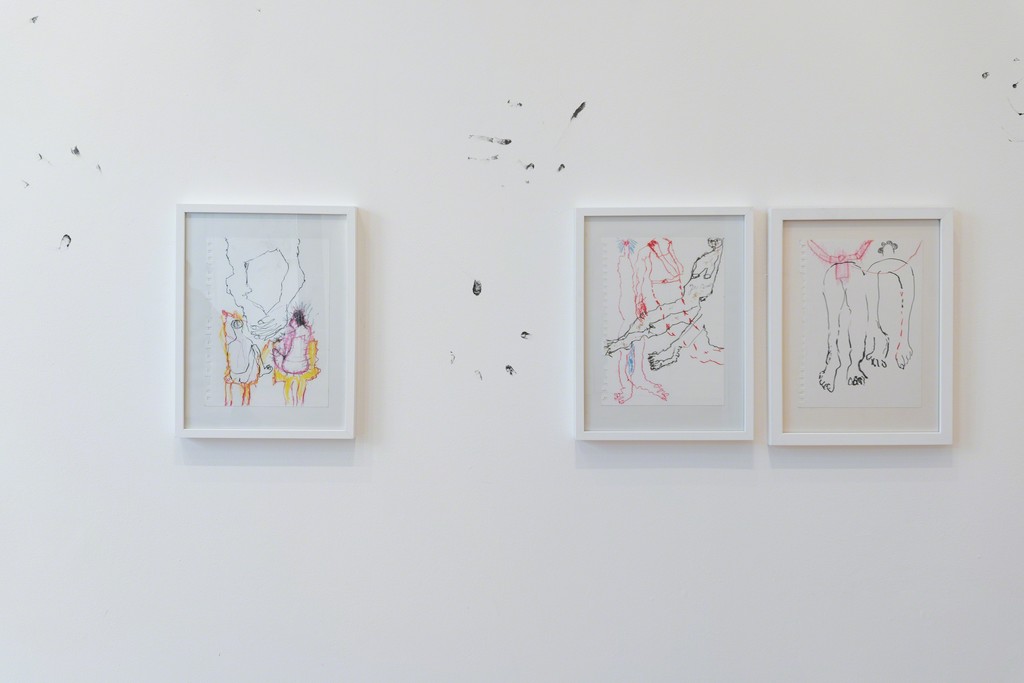 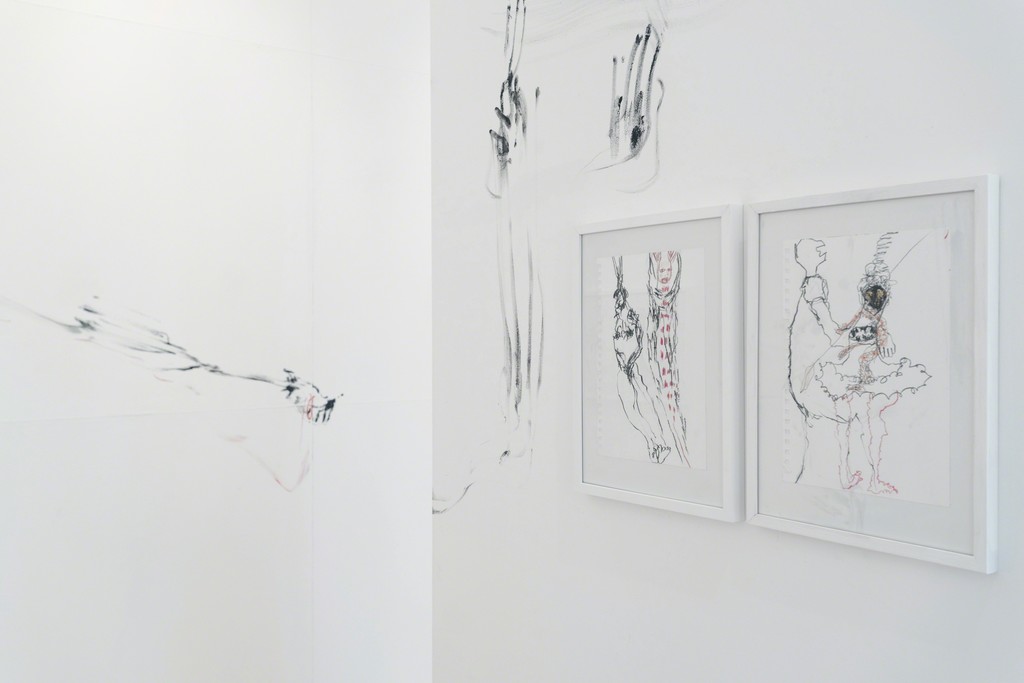 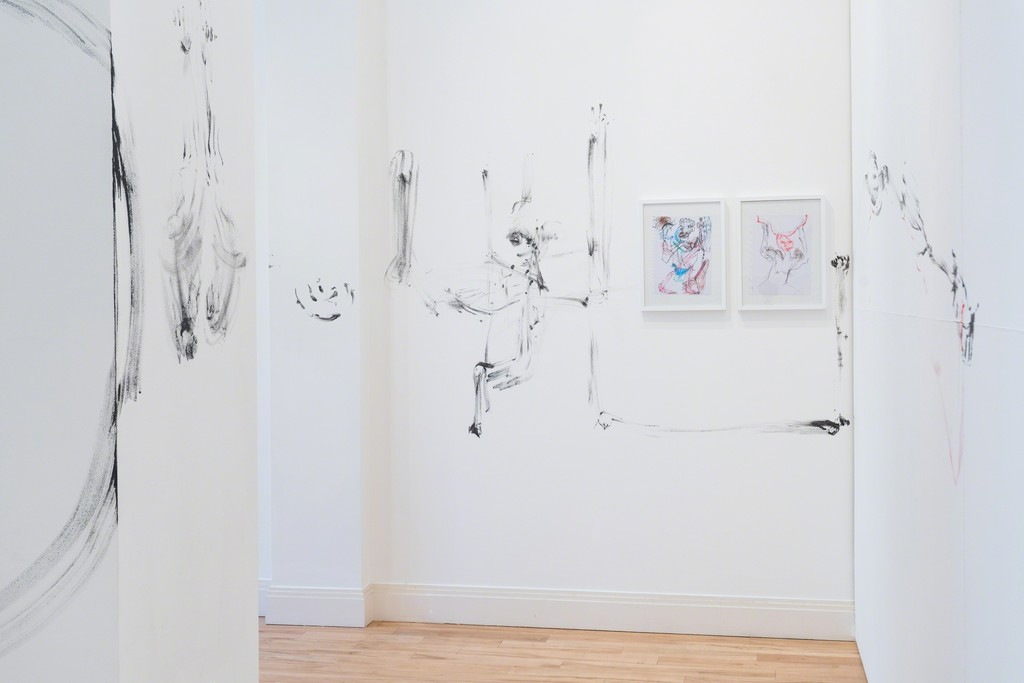 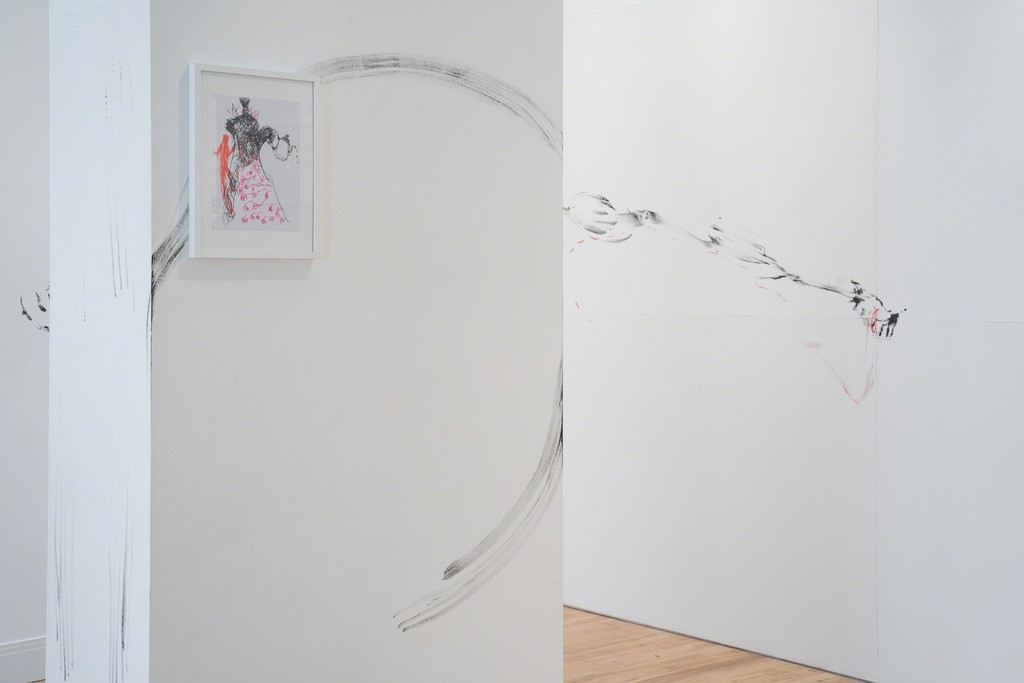 Sulger-Buel Lovell is proud to announce the opening of our next solo exhibition featuring Pélagie Gbaguidi, titled 'Disclosed Traces and Triadic Apparitions’, curated by Mika Hayashi Ebbesen. The exhibition will be attended by the artist and opened by the curator, on Friday 13 April 2018 at 18:00. The exhibition runs until 5 May 2018.

About the Artist:
Gbaguidi was born in Dakar and is from Benin by origin. She graduated from l'École des Beaux Arts, Belgium in 1995, and currently lives and practises in Brussels, Belgium. Her recent exhibitions include Asylstadt Museum at Stadt Museum Munich in 2013 and 2014, The Divine Comedy curated by Simon Njami at MMK Frankfurt and the National Museum of African Art in Washington DC in 2014, 1:54 London 2016, and Documenta 14 in Athens and Kassel.

About the Exhibition:
A figure turns back and stares at itself, dissociation captured in a moment composed of fine lines. A dotted thought escapes the lips, which themselves appear to be pulled down with the heaviness of knowing. This soul is peering over its shoulder as the rupture is established, evanescent partitioning of a tormented existence. The other mouth is full of emotions quivering in swirling red lines. Above the mouth are two eyes staring with detachment, wrapped under a filter of indescribable discomfort. Thick contorted hands dangle helplessly in poignant immobility. The feet contrast, fading through a scatter of delicate soft grey strokes that elevates the body into a fluttering stillness. Darting lines, ejected towards the viewer, seem to translate the emotions encased in this experience of losing ground, repetitive trauma which uproots and dislocates. These lines drawn on March 10th, 2016, proxy for the terror that went unheard one hundred years earlier.

Pélagie Gbaguidi has the ability to deconstruct the intangible and manifest the psychological remnants. Her creative undertaking encompasses a process of research and embodiment that extends towards a defiance of linear thinking. The algorithm of one soul crunching the binary imprint of another. Seemingly elusive confluences of understanding converge to evince a social history built with some of the most horrific crimes committed by mankind against fellow planetary citizens. Bodies denied of all rights were subjected to the consequences of patrimony’s most vile aspirations for grandeur, driven by destructive forces of greed. The contemporaneity of these achievements cannot be measured nor summarised as a mere long gone legacy. The continued prejudices and injustices form a solid pedigree of racial segregation and racism that can still be witnessed today. “Who are we in the midst of our collective stories?” she asks.

Denial is often the weapon of choice when walking through the pillaged geography of scarred temporal landscapes. However, what is presented to us is an invitation to reflect upon the evidence of ideological trajectories that were left for us to pick up like shed snake skins, while those very ideologies continue to morph and survive. Trauma inhabits a fluid cartography that is continuously threatened by epistemological eradication and scheduled forgetfulness. Gbaguidi moves in the other direction and taps into the subconscious of collective memory, summoning to the frame of an A4 paper stories that were relegated to obscurity in the time capsule of a museum.
By rendering herself into an amalgamation of forces that shatter temporal boundaries, Gbaguidi is capable of grafting presence onto previously dormant stories. The transmission enabled by this counter flow against oblivion gives birth to forms which she draws in uninterrupted spurts. Melding these forms is an act of acknowledgement of the mutated repercussions that are buried deep inside the somatic realms. Repetition of traces, a coming into being of triadic apparitions.

The fifty three drawings presented in this exhibition are rooted in an investigation of colonial archives found at the Royal Museum for Central Africa in Tervuren, leafy eastern outskirts of Brussels. Returning week after week, Gbaguidi sat across from photographs serving as witnesses to the unimaginable horror and pain endured by colonial servitude in Congo. What had been justified at first as a fight against slavery quickly turned into a covert opportunity for colonisation of the African continent. In the name of bringing Western civilisation to the savages, King Leopold II realised that he could extract resources, namely rubber, by putting into place a local operational mechanism that relied on monetary incentives for the middle men to boost efficacy and profits. This resulted in the perpetuation of unspeakable atrocities piled on top of the already extreme conditions of forced labour. Brutality, mutilation, abuse, murder, rape, torture, and outright genocide ensued.

The exploitation relied on an attitude based upon the total devaluation of the body. This was the late 19th century and slavery had officially ended for the Western powers. Although they were no longer traded as a commodity, these labourers were measured exclusively through profit margins. Across the Atlantic Ocean, a similar form of exploitation continued between the end of the American Civil War and WWII. Peonage, convict leasing, and laws criminalising the existence of African Americans set up a system of continued forced labour which some say was even worse than slavery. Much like the economically driven exploitation in Congo, brutalisation for profit meant the abject conditions of convict leasing led to high death rates. Legally sanctioned slavery was replaced by forced labour justified through the demonization of the black body.

Here, these uninhabitable bodies offer structures of transmission. The power in Gbaguidi’s work comes from her ability to insert the past into the now, not as a direct representation of the traumatic past, but transmission as recognition of what happened. Like memories for a blinded society, the drawings cannot serve as proof to a collective knowing. The bodies traced in these drawings seem to demand nothing of us except to slow down and pause. How do we understand what we claim to know? She does not attempt to create a narrative. Her transmission keeps the violence with the bodies.

The afterlife of trauma haunts like a ghost that cannot be punched in the face. The figures who appear through the temporal window of Gbaguidi’s drawings are here to agitate history. They were, they are, and they will be. The apparitions are disclosed on the continuum of the blank paper. There are no shortcuts for dealing with trauma. Luckily for us, there is also no shortage of paper.