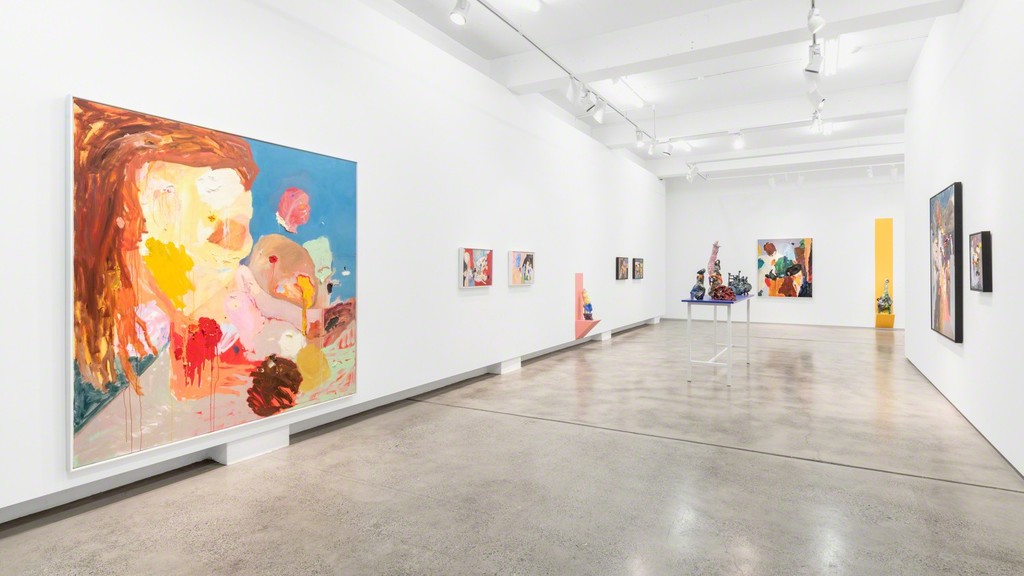 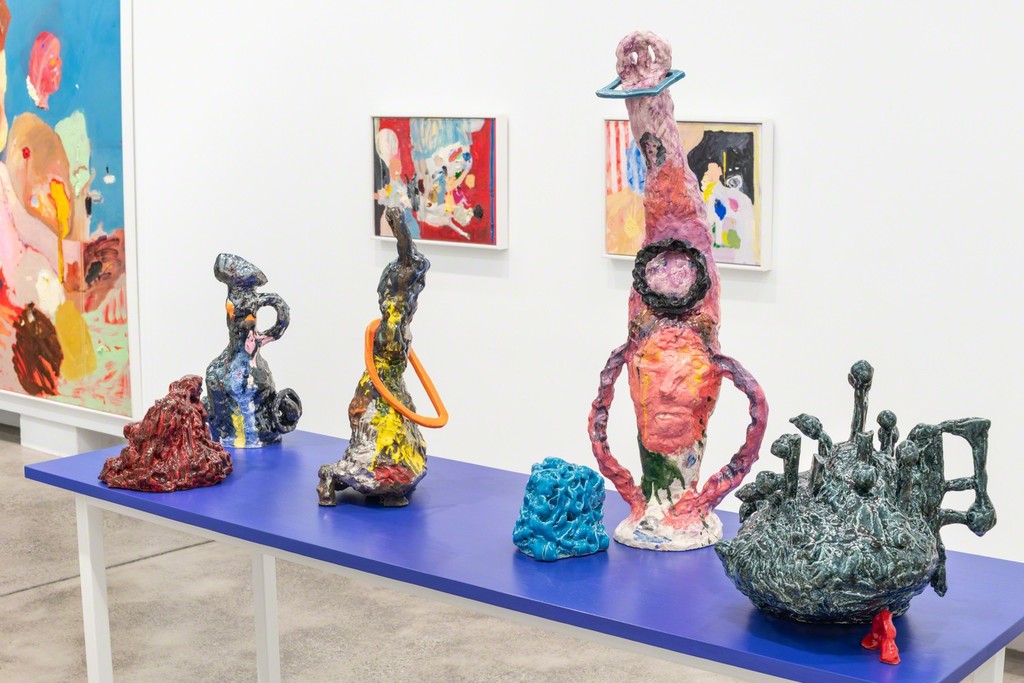 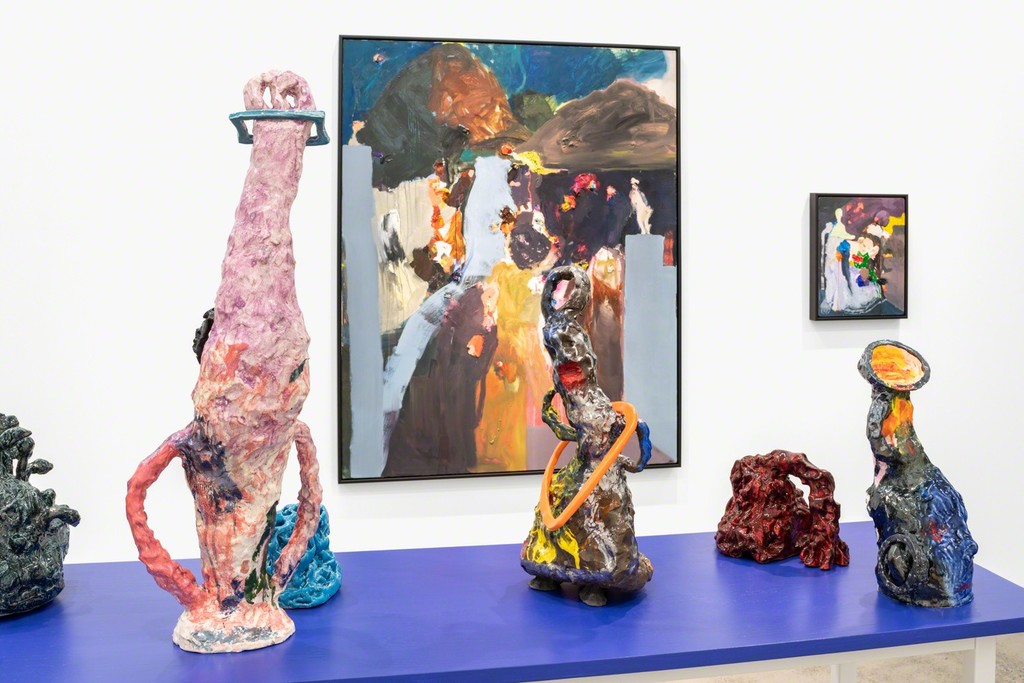 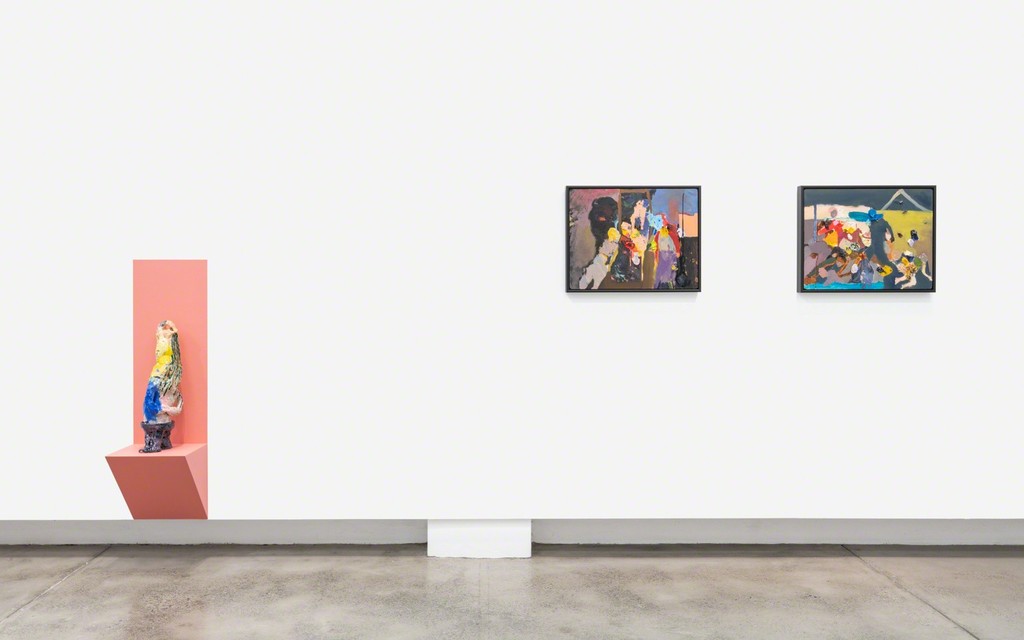 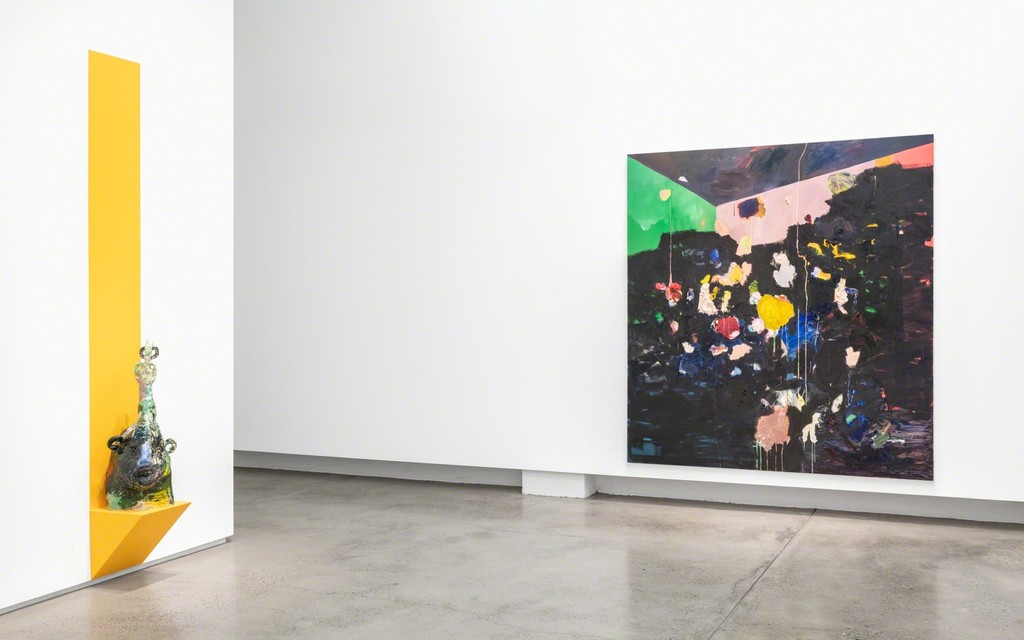 In Samuel Beckett's play Endgame the unspoken "pause" leads to an endless play of meanings and indeterminacies. Beckett uses the silent pause to subvert the idea of any singular, rigid meaning; providing a kind of glitch or fracture within which to represent the unfamiliar, unknown and unspoken. “I hesitate, I hesitate to ........ To end,” says Hamm.

A negative space full of possibility and mutability, Beckett referred to the pause as the "vast will of unmaking." Like a fracture or crack, the pause splits a moment in two, whilst simultaneously unifying it. Similarly, in Not hours minutes, Karen Black examines the inaudible marks and indeterminate moments within her existing work, revealing the potency of pauses glimpsed in conversation, on a walk, during a train trip, or in fleeting views from a window. Black reinterprets the ambiguities of these silent pauses and pregnant caesuras in expressive painterly gestures on canvas and ceramic vessels.

Black blends the historical with the mythical, traversing the complex interchange between the personal and the political. Referencing architecture, culture and history, her works give voice to human stories both beautiful and tragic. Extending across painting, ceramics and soft-sculpture, Not hours minutes explores personal and politically loaded themes around female-driven narratives of resilience and endurance in which the notion of the pause is used to consider not the moment of rest itself, but its constituent potentialities which imbue the pause with countless riches. In this sense Black references pauses both extended and brief; street noise heard from her flat during a quiet moment; and historical events such as the "The Long Pause", a period in the ancient history of the Pacific in which the initial movement into Western Polynesia by the people of the Solomon Islands was followed by a prolonged 1,800-year hiatus, or “pause” before further colonisation.

As with rhetorical techniques in which the pause is used to provide semantic focus (a pause following a statement) as well as to mark a word or phrase rhetorically (a pause before it), Not hours minutes reveals the significance and importance of pausing. Invented by the Romans and perfected in the present day by Barack Obama, pausing also allows the listener to absorb the spoken word whilst creating anticipatory images in their own mind. The same can be said of the speaker – a decision made to go to war can happen in a small pause.

Following a one-year studio residency at Artspace, Sydney, during which Black worked towards an exhibition for the Sidney Myer Fund Australian Ceramic Award, these works engage with the physical dynamics of painting, using architectural, historical and everyday references. The exhibition’s largest work, Table Manners (acrylic and oil on linen, 210 x 200 cm), mirrors the size of a set of louvred windows in the artist's bedroom; a proscenium space revealing the passing seasons, the weather and activities of the imagination – an aperture through which to pause for reflection; wherein time seems to stop.

Black has been the recipient of numerous awards, including the Belle Art Prize, 2014; Art & Australia/Credit Suisse Contemporary Art Prize, 2013; and Griffith University Art Gallery’s GAS Award, 2011. She was the recipient of an Artspace One Year Studio in Sydney in 2017. Black’s work is represented in many public collections, including: The National Gallery of Victoria, Melbourne; The Australian War Memorial, Canberra; Monash University Museum of Art, Melbourne; the Griffith University Art Gallery, Brisbane; Artbank, Sydney; the Macquarie Group Collection; QUT Art Museum, Brisbane; and the Salsali Private Museum, Dubai.