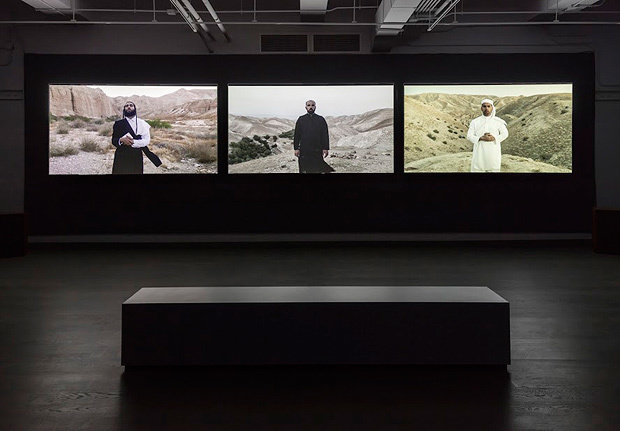 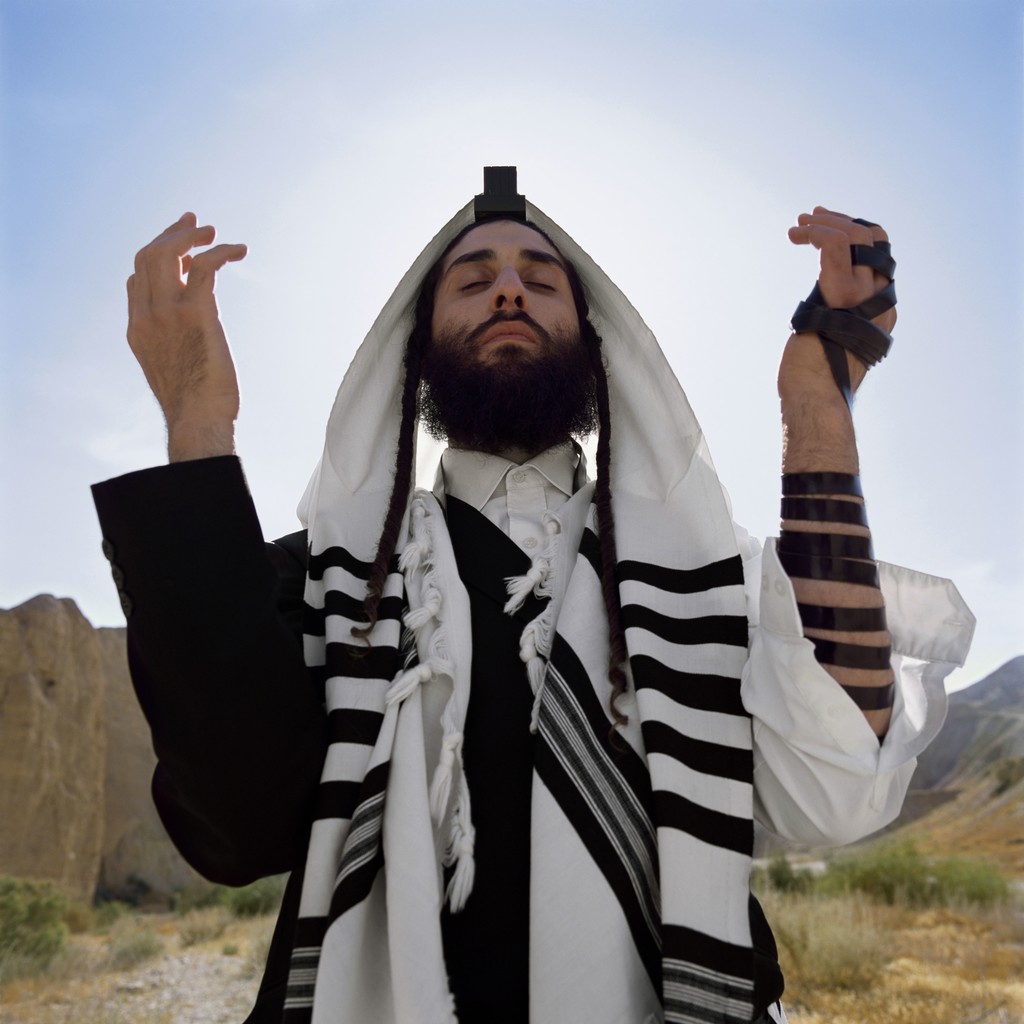 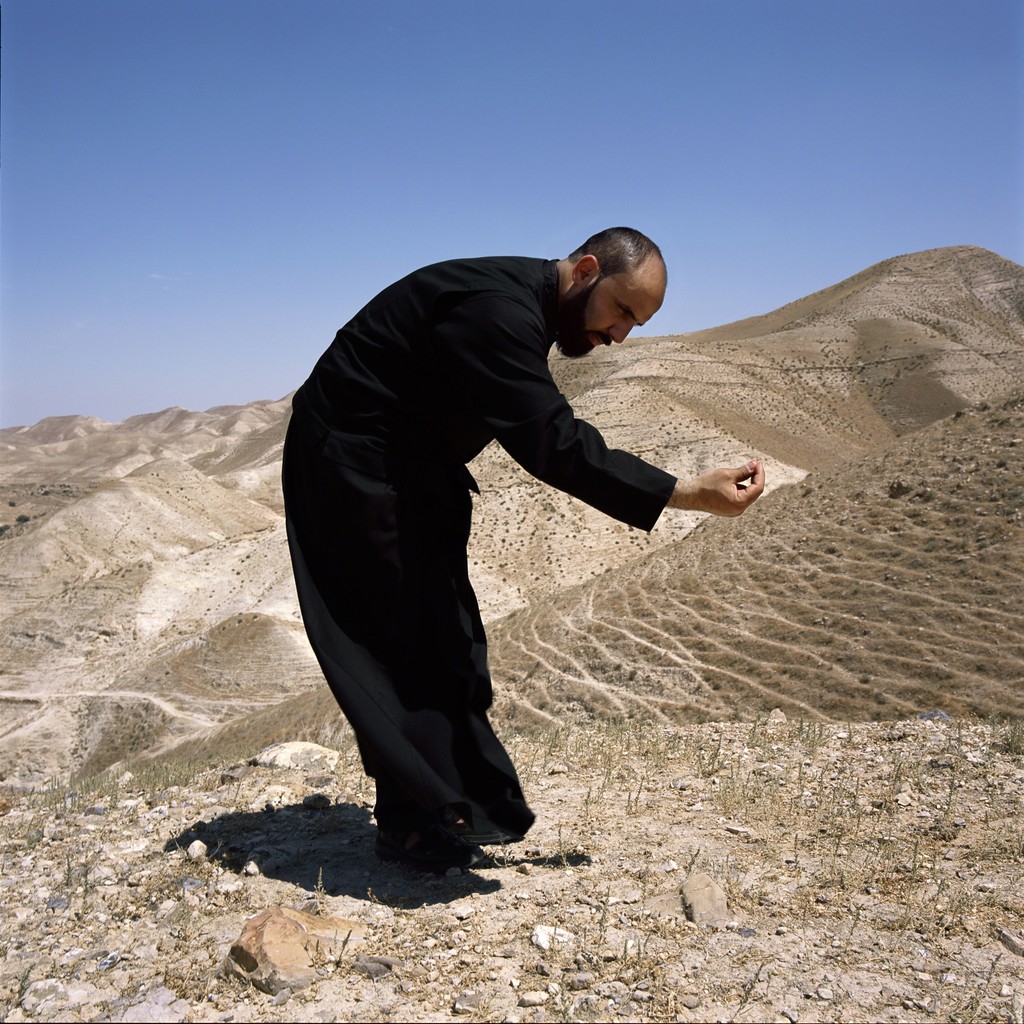 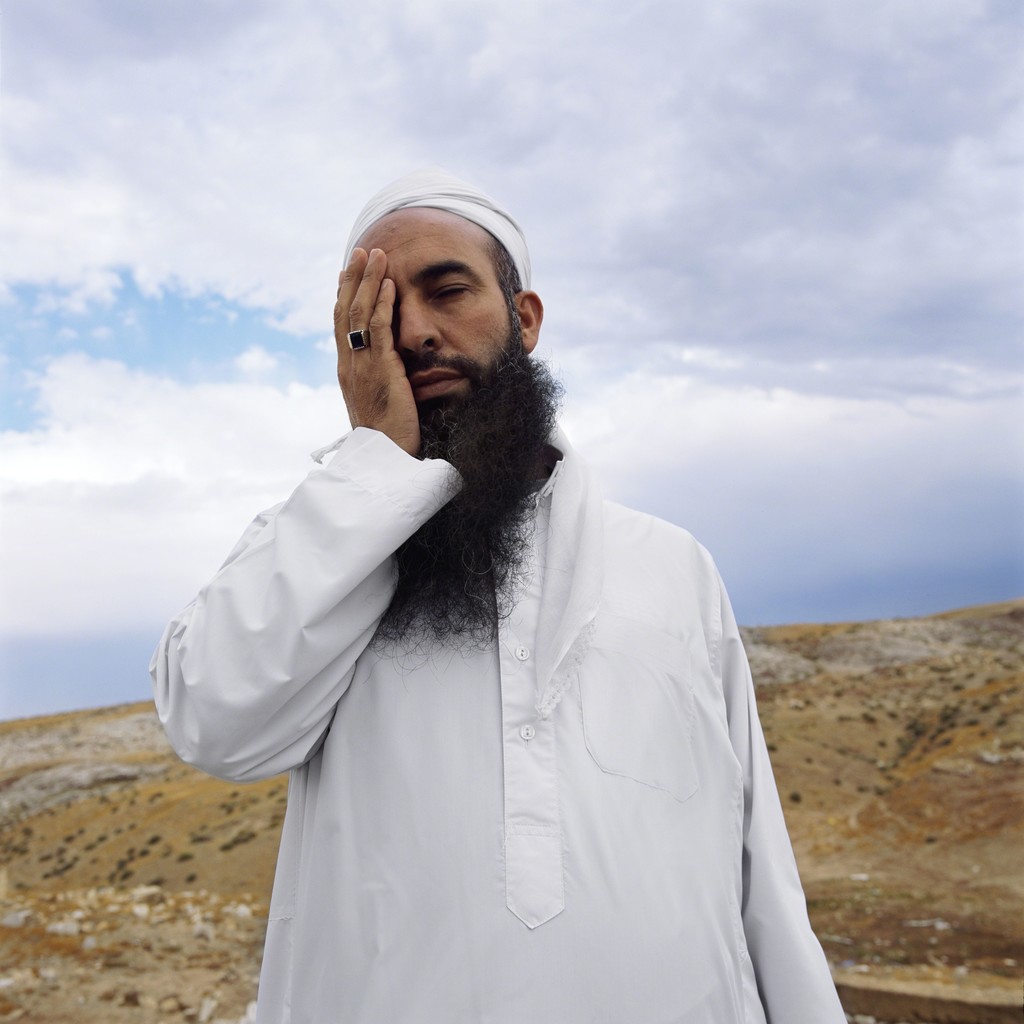 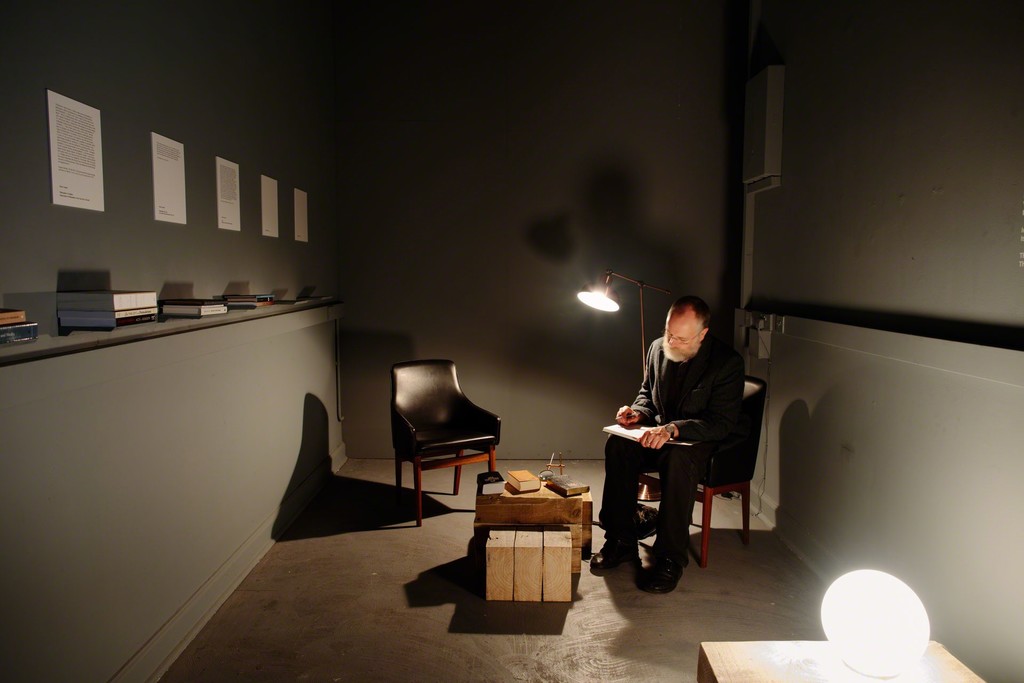 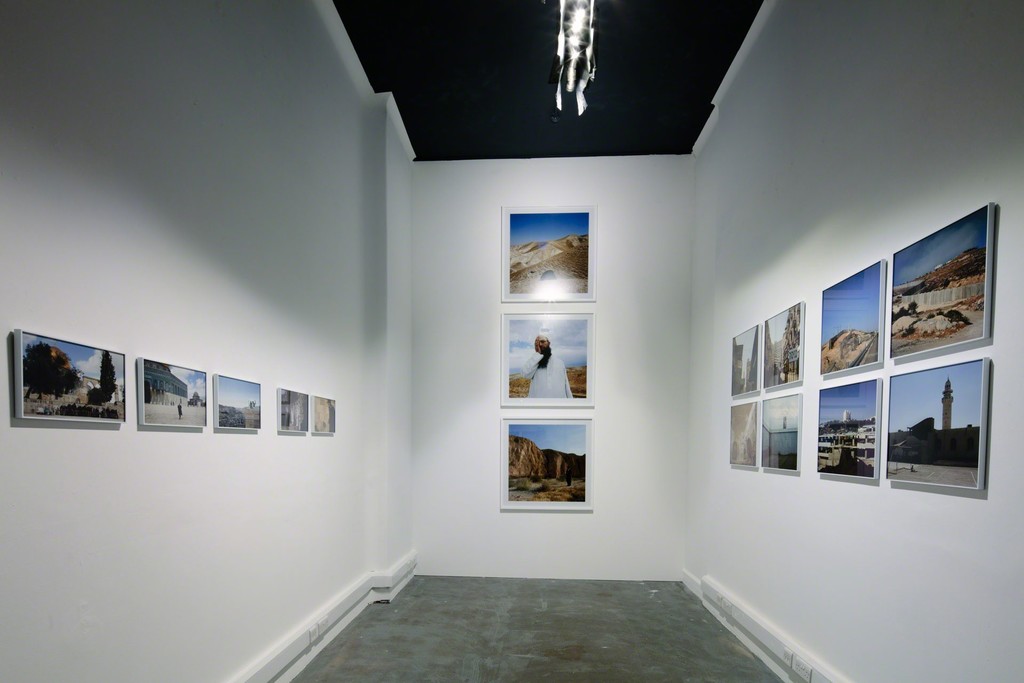 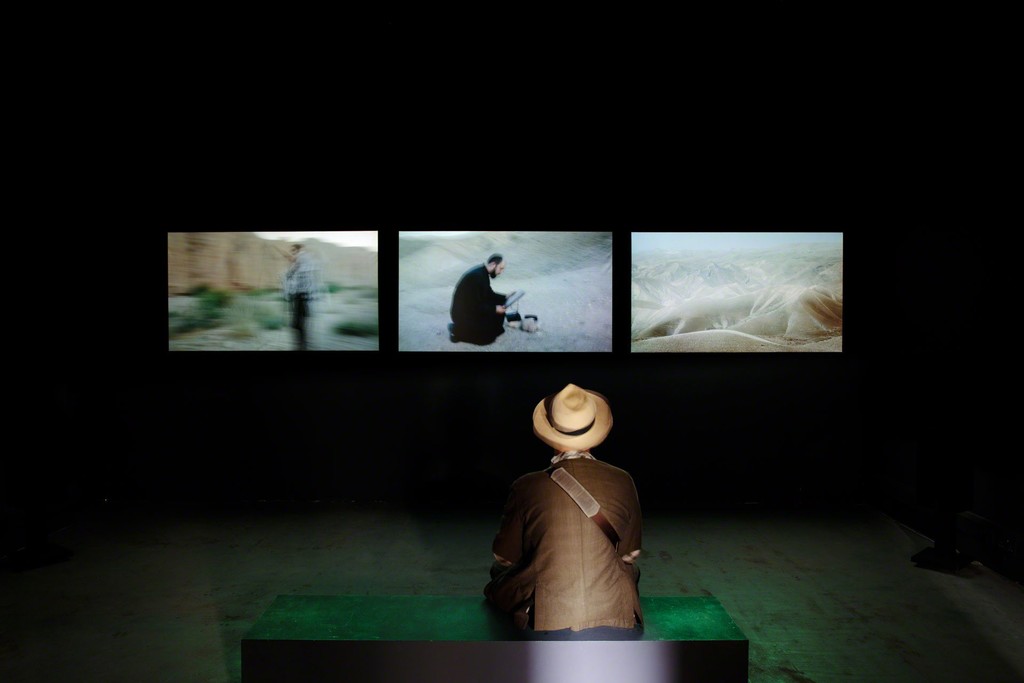 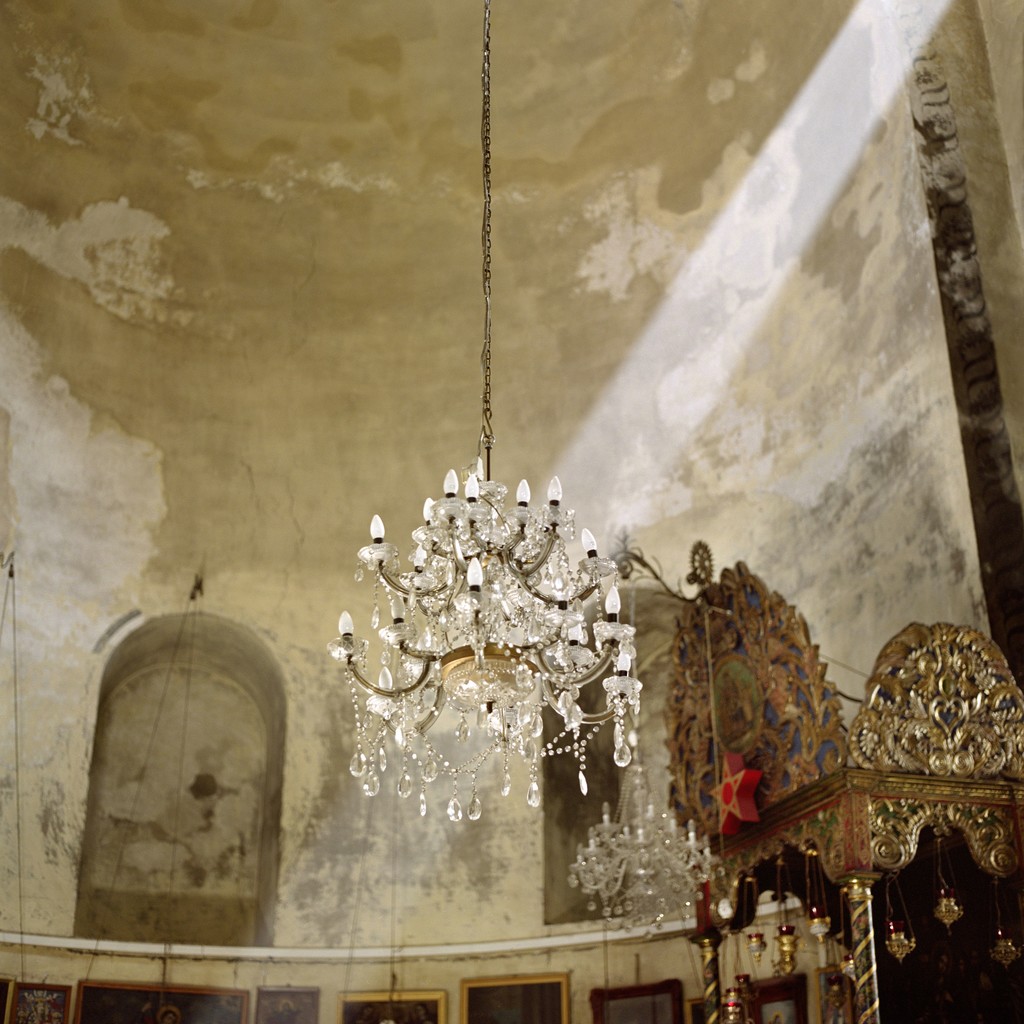 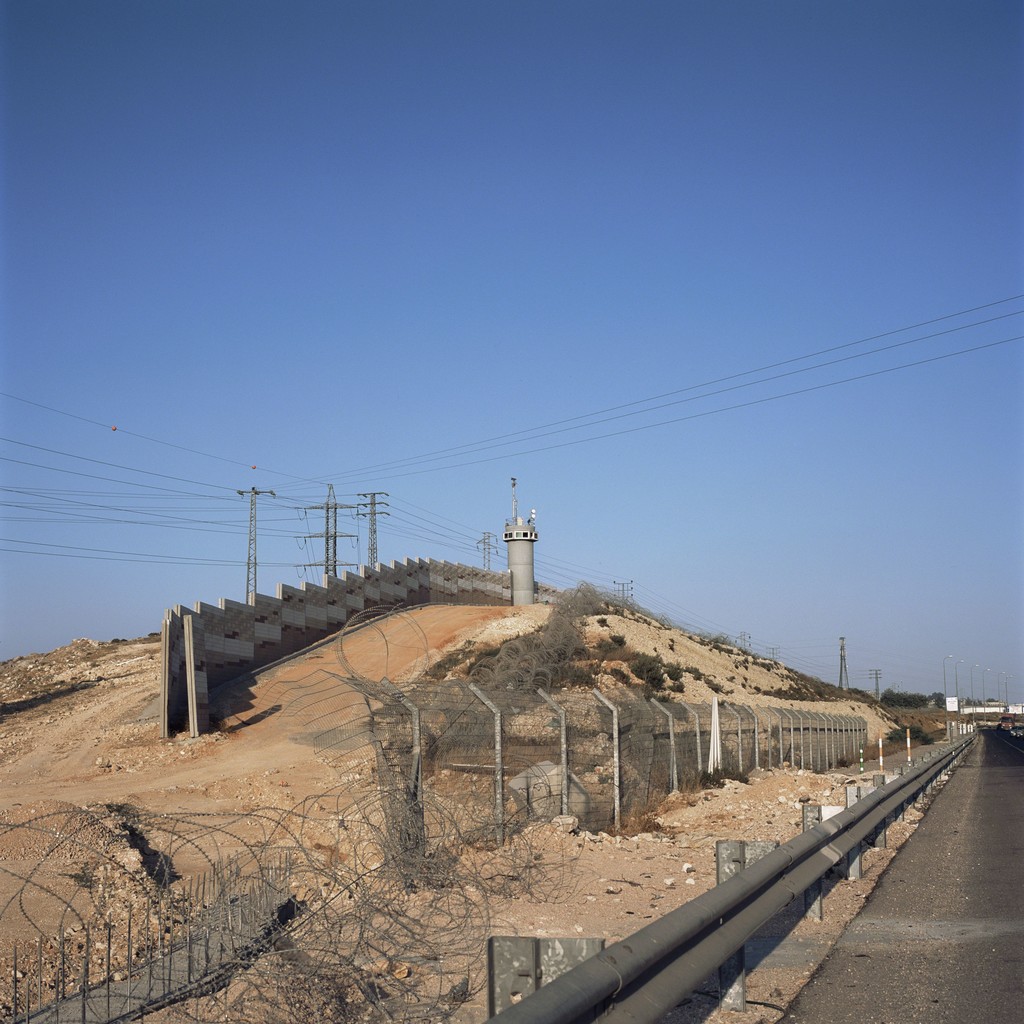 Isabel Rocamora’s Imaging Faith centres on her 22 minute film triptych Faith: an intimate observation of the act of worship of the three monotheistic religions in Jerusalem. The film is set in the historically significant landscapes of the Judean desert, providing an Abrahamic reference from which all three traditions feed. In the wilderness of the Holy Land, far from the built and contested territories, an Orthodox Jew, a Greek Orthodox Christian and a Sunni Muslim perform their morning prayers. In time, their synchronous action reveals an uncanny similarity of inner state and gestural intention. Questioning segregation while celebrating difference, Faith contemplates issues of human belief, inviting reflection on one of the most tragic, world resonating conflicts that persist in this new century.
The immersive quietness of this film epic is complemented by a series of still images that reveal its cultural and political context. The peaceful prayer atmospheres of Mea She’arim (Haredi Jewish neighbourhood situated in East Jerusalem), of Greek Orthodox chapels and the Al Aqsa compound with its iconic golden Dome of the Rock mosque (site of the destroyed Jewish second temple), co-habit with units of watchful Israeli soldiers, in a land of separation walls that divide Israeli and Palestinian Territories, where the towering buildings of the first stand in contrast to the construction struggles of the second. An intimate reading room provides a third space for reflection. Here, six contemporary thinkers (historians, theologians and philosophers) have been invited to curate passages from seminal texts in response to the thematic concerns of the exhibition; these include Mark Cauchi (philosopher of religion, Professor at York University, Toronto) and Simon Critchley (philosopher, Professor at The New School, New York).
In order to capture the authenticity of local ritual, the artist has chosen three religious personalities who each, in turn, are representative of an originary Jewish, Christian and Muslim lineage rooted in the old city of Jerusalem. Michael Cohen is a Breslav Jew of Cohen descent, Father Issa Taljieh is a Palestinian Greek Orthodox priest at the Church of Nativity and Feras Kazaz is the Koran reader (Sunni Islam) at Al Aqsa Mosque. The three morning prayers are respectively set in the Qumran Canyon (archaeological Jewish site), Wadi Qelt (setting of early Christian retreat caves) and Nebi Musa (pilgrim route to Mecca).
Imaging Faith presents the UK premiere of this new body of work by Isabel Rocamora as well as the first exhibition of her work in Scotland.