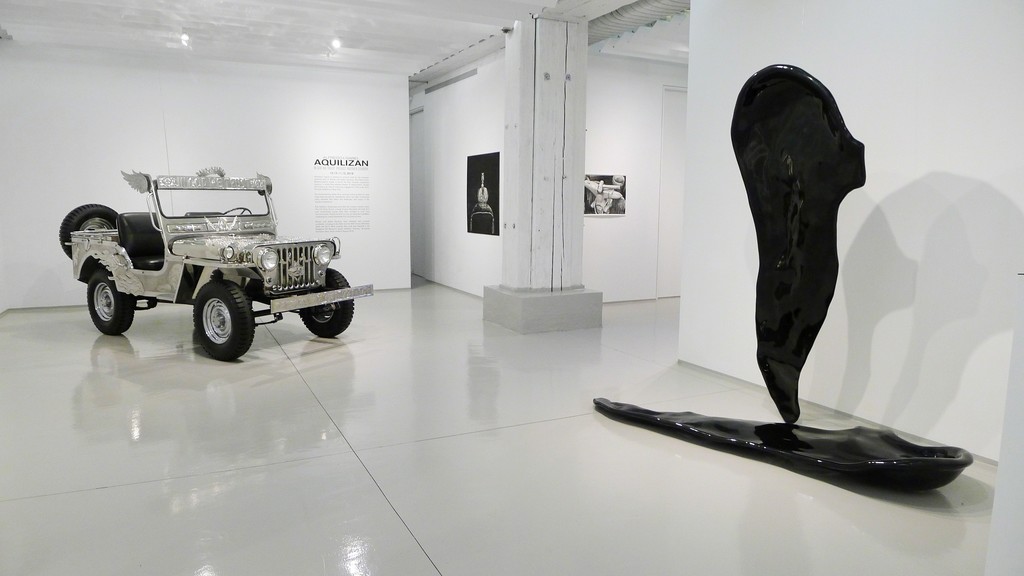 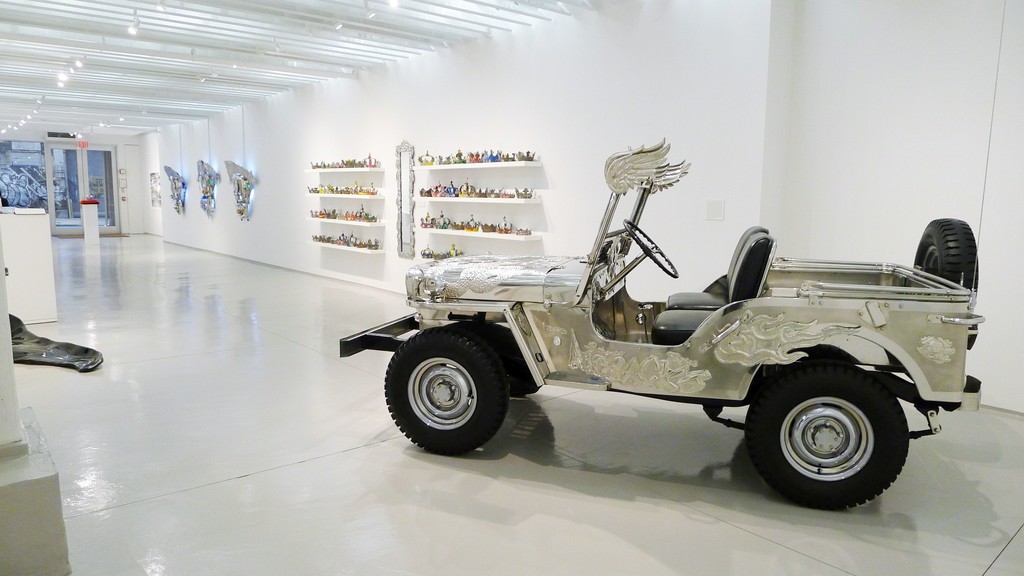 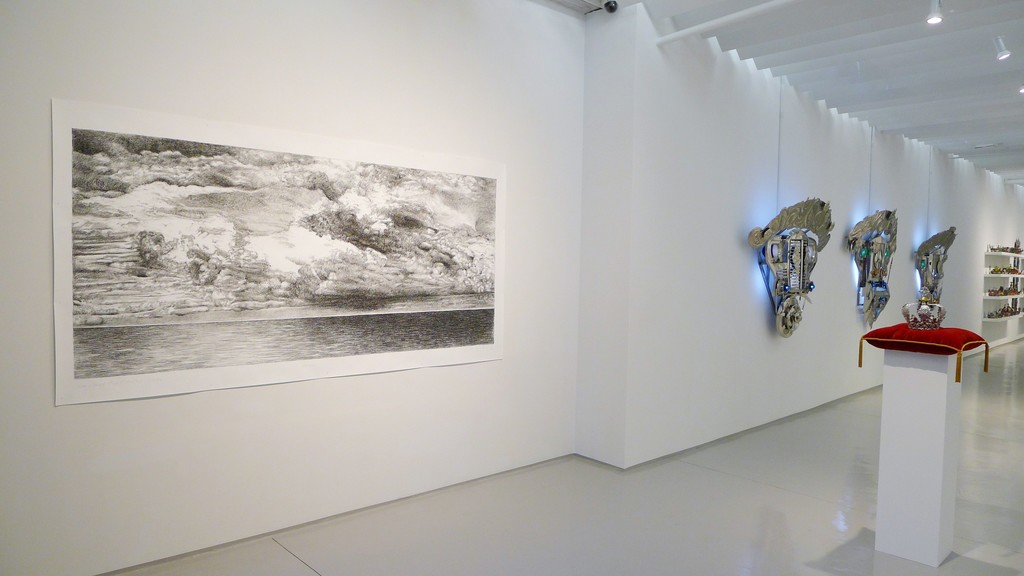 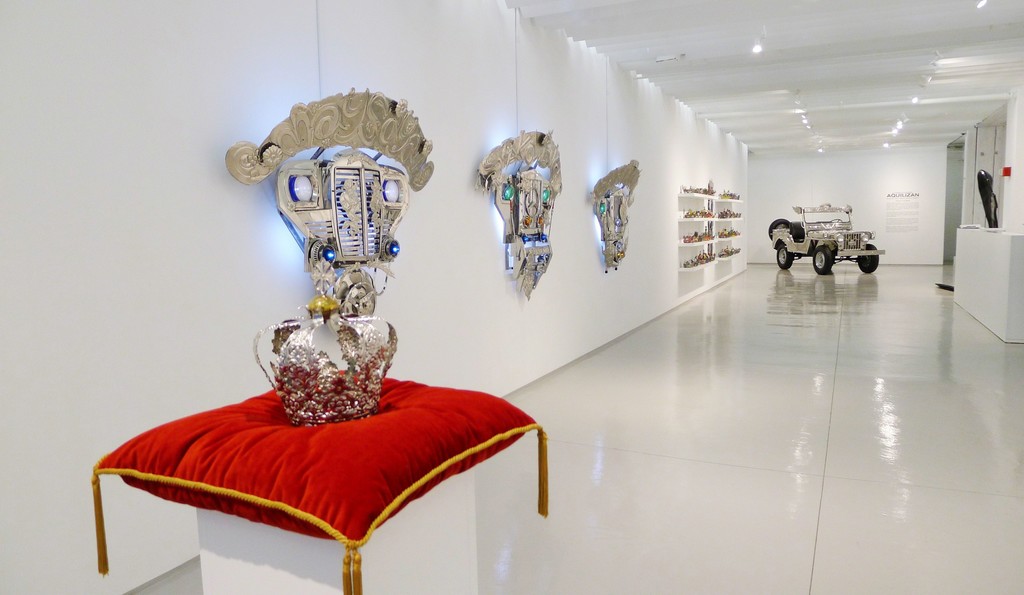 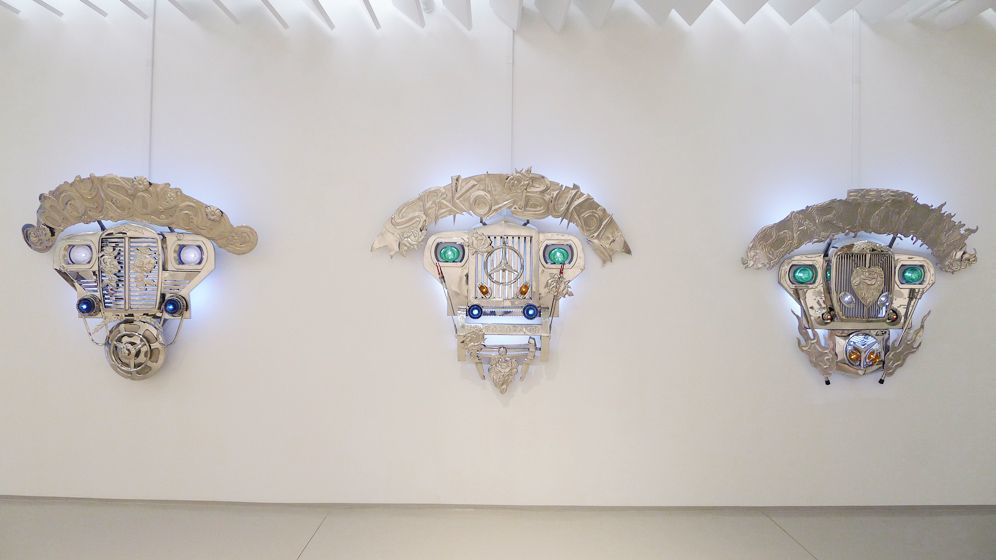 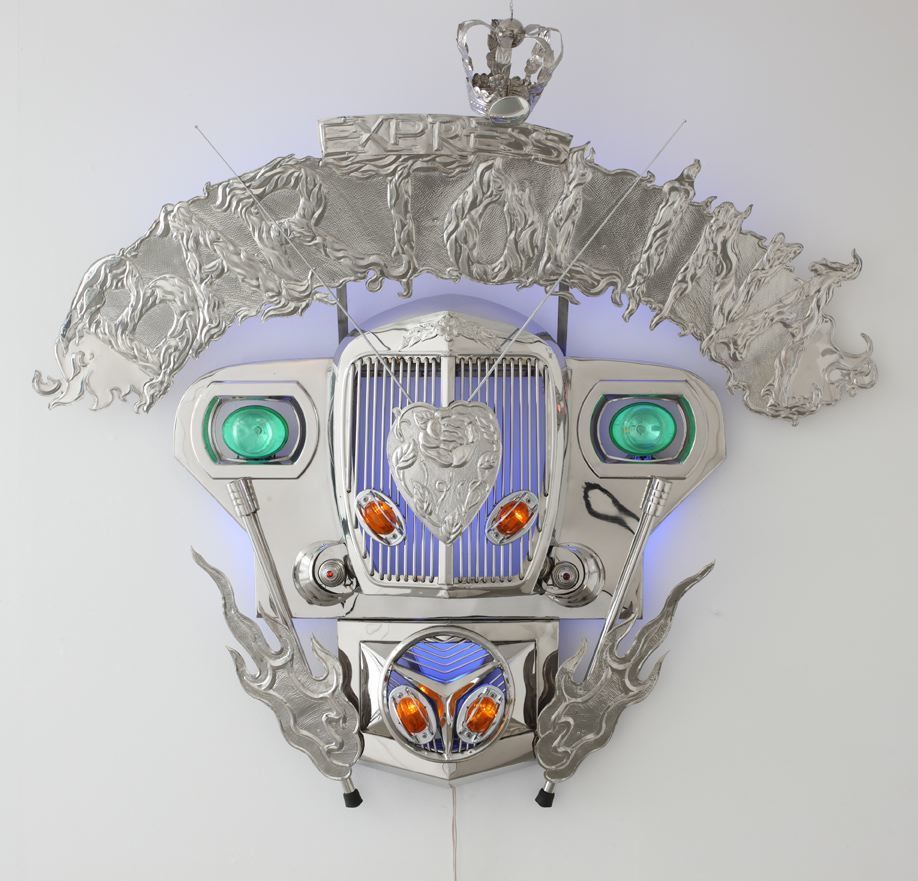 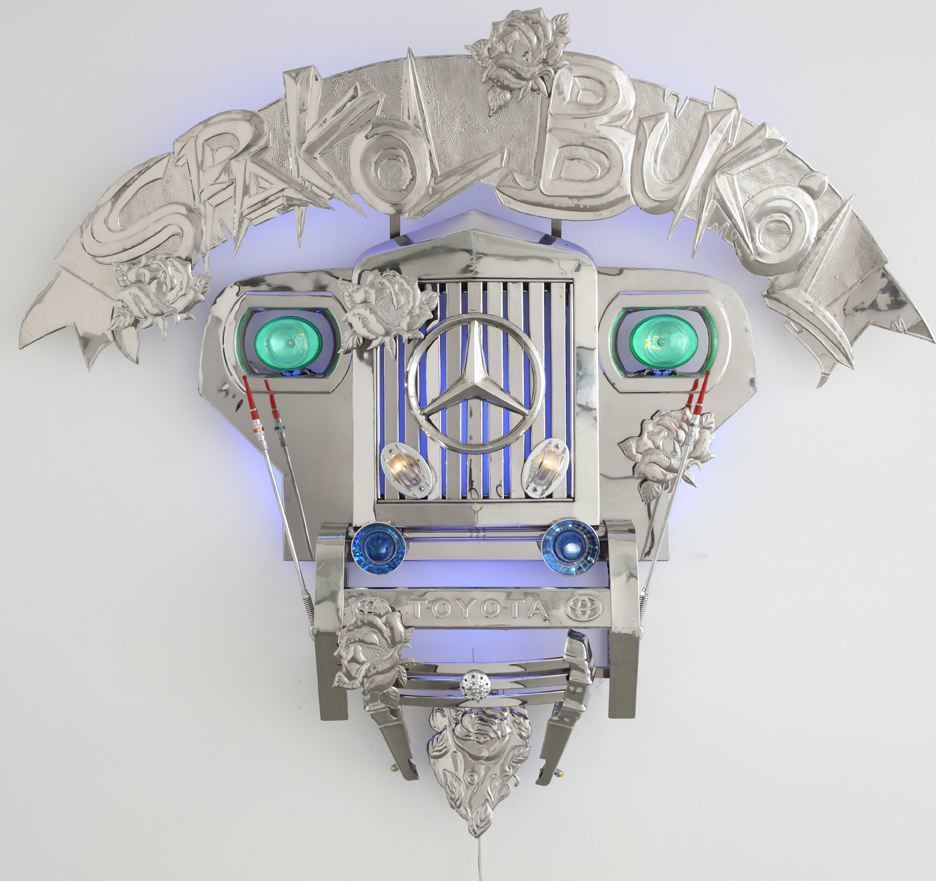 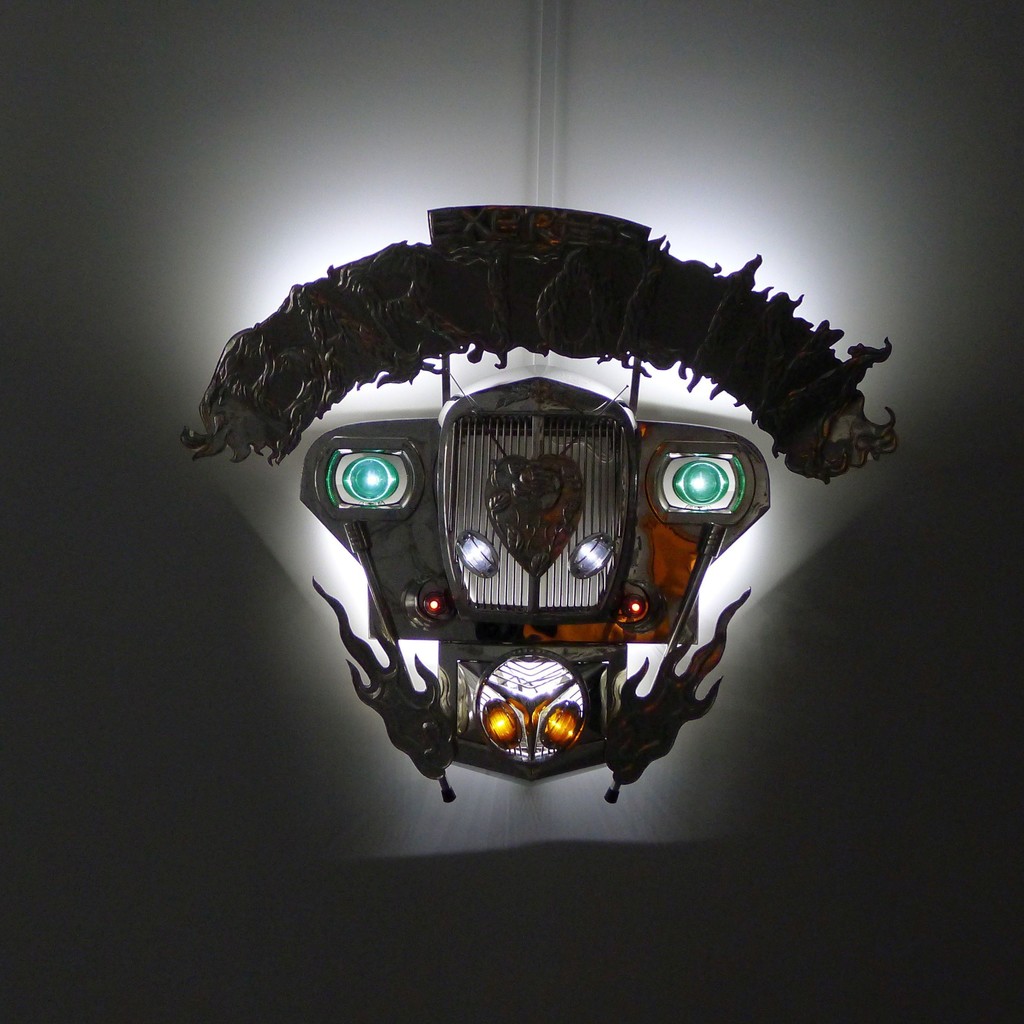 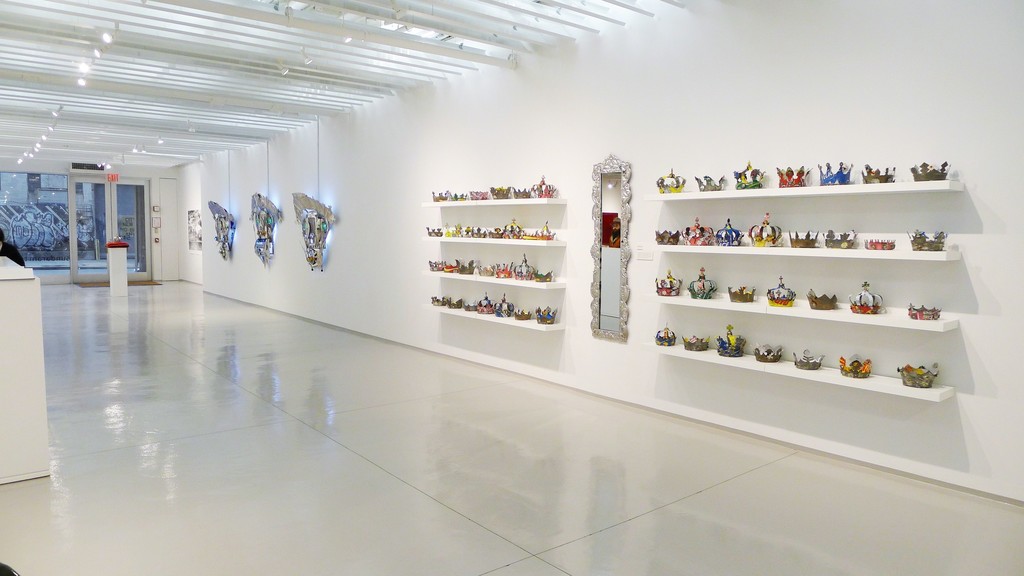 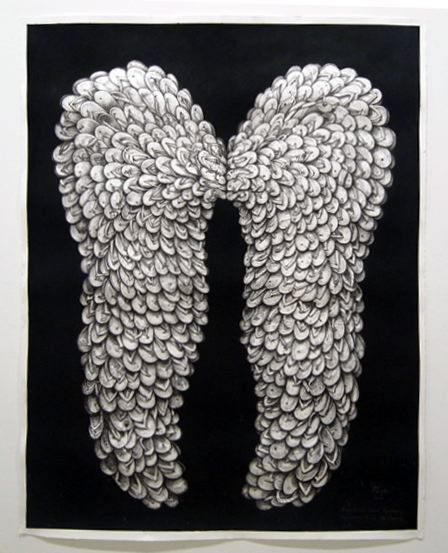 Sundaram Tagore is pleased to present an exhibition of work by the husband-and-wife team of Alfredo and Isabel Aquilizan. The Brisbane-based couple, who emigrated from the Philippines to Australia in 2006, is known for their uniquely cooperative practice, in which they address themes of displacement, change and memory by way of community engagement. This is the duo’s first solo exhibition in New York.

Collaboration has always been an integral part of the Aquilizans’ practice, not just as partners in marriage and art making, but as a tool to give voice to underrepresented populations. Many of their projects include workshops with groups directly affected by the subject matter explored in the work. The award-winning artists have received critical acclaim for their large-scale site-specific installations, which are often constructed using materials both abstract and referential, such as cardboard boxes, packing tape and personal belongings—items that reflect the challenges and hopes characteristic of the migratory experience.

This exhibition showcases work from the couple’s newest series, The Left Wing Project, a body of work fabricated with help from rural communities across Asia. The first of the site-specific installations was created in 2015 in Yogyakarta, Indonesia, with a group of artists, blacksmiths and farmers. Symbolizing the complex social and political realities facing contemporary agrarian communities in Asia, immense, wing-like sculptures made from hand-forged sickles are hung and counter-balanced by sacks of rice, alongside photographs of farmers with video, sound and drawings. This project is now in the permanent collection of the Singapore Art Museum. A second version of the series was created in 2016 in Tabaco City, Philippines, a small village known for its knife-making industry and its profusion of leftist groups. This is an ongoing project with more wings slated for production in Cambodia, Vietnam and Taiwan.

Also included in the exhibition is Commonwealth: Project Another Country (2013), an interactive installation comprising tin crowns handmade from recycled oil cans. Viewers are encouraged to try on a crown and pose for a selfie in front of a mirror etched with the hashtag #everybodywantsacrown. This installation, along with others in the show, is indicative of the artists’ core concept, which is to encourage collective and individual dialogues that ultimately become the driving force behind their work.

Alfredo and Isabel Aquilizan have exhibited their projects worldwide, including at the 50th and the 56th Venice Biennale, 2003 and 2015; the 5th Gwangju Biennale, 2004; the 15th Biennale of Sydney, 2006; the Singapore Biennale 2008; the 3rd and the 6th Asia Pacific Triennial of Contemporary Art, Brisbane, 1999 and 2010; the Liverpool Biennial 2010, held at Tate Liverpool; and the Moscow Biennale of Contemporary Art and the Sharjah Biennial 11, both in 2013. Most recently, their work was featured in the Singapore Art Museum’s group exhibition Odyssey: Navigating Nameless Seas, which closed in August 2016.