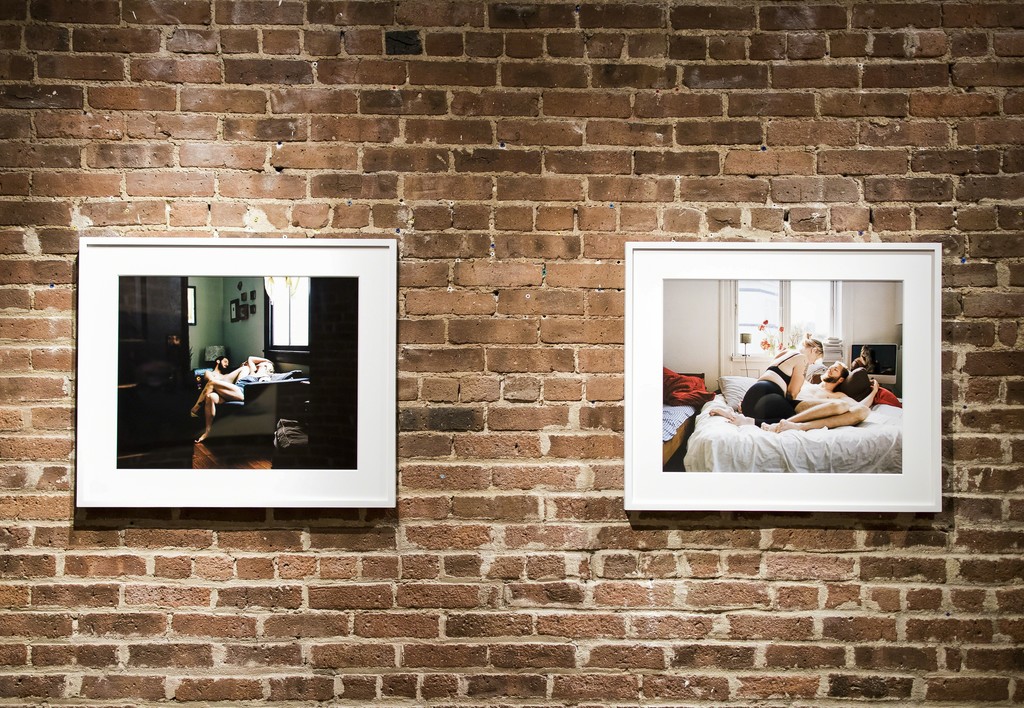 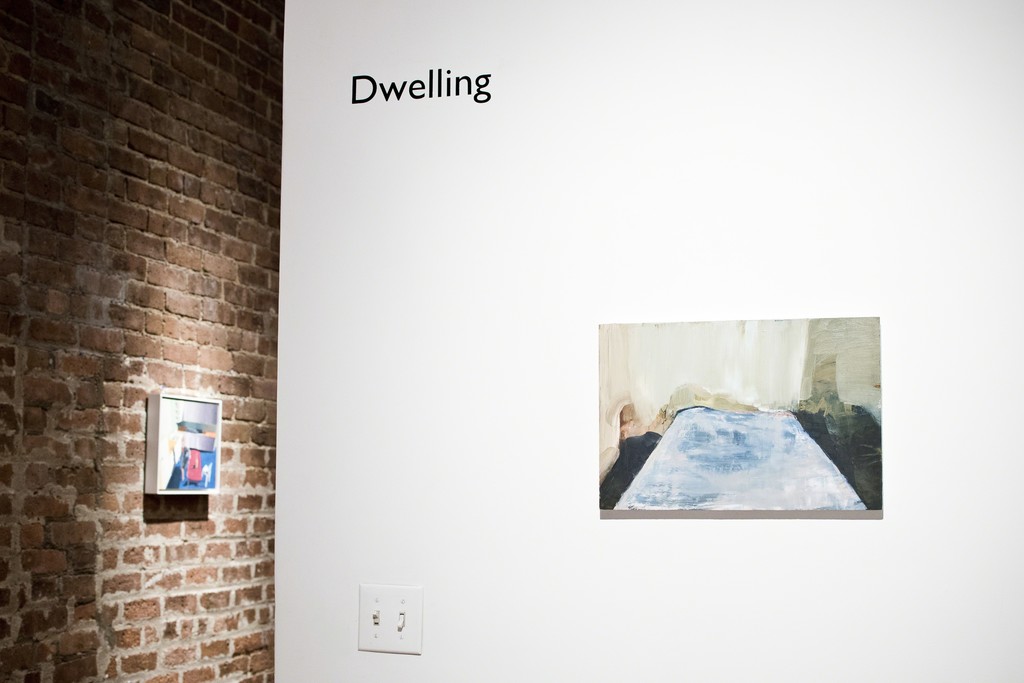 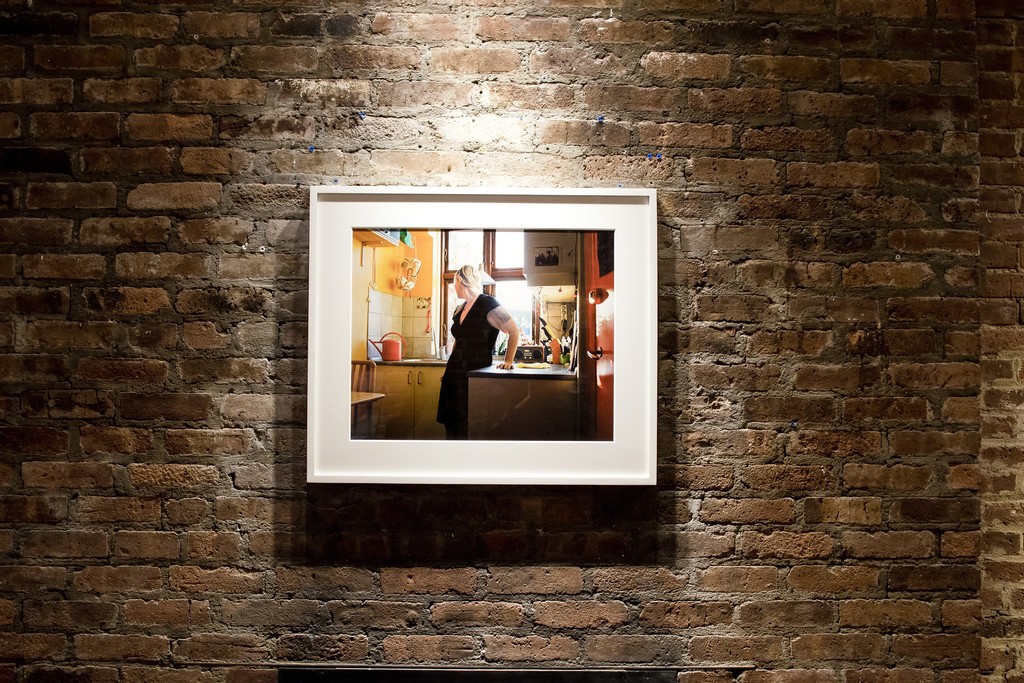 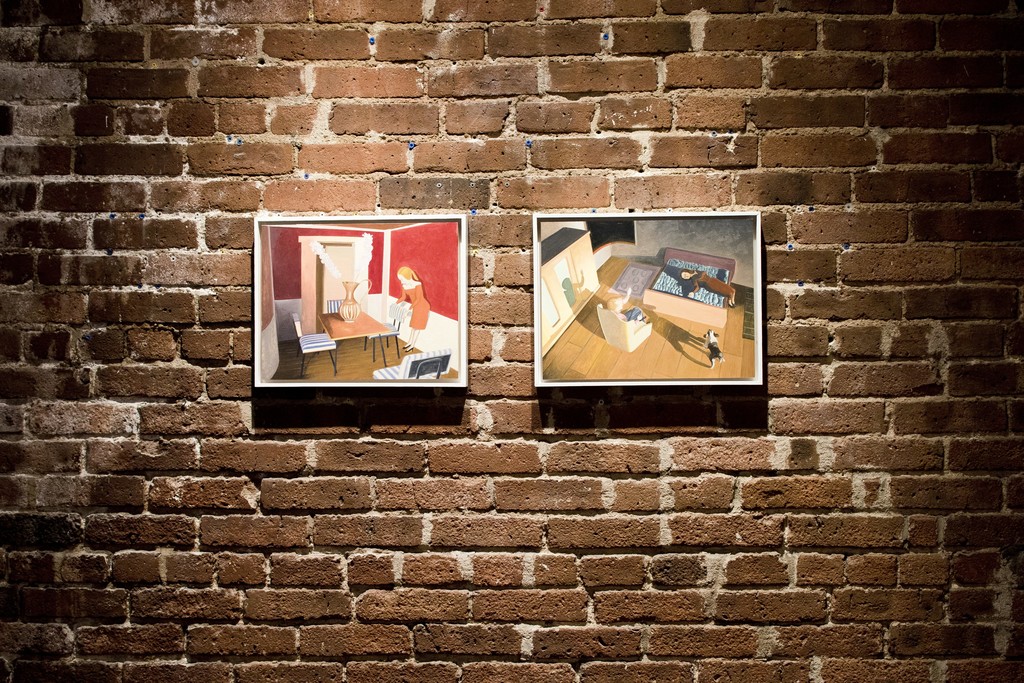 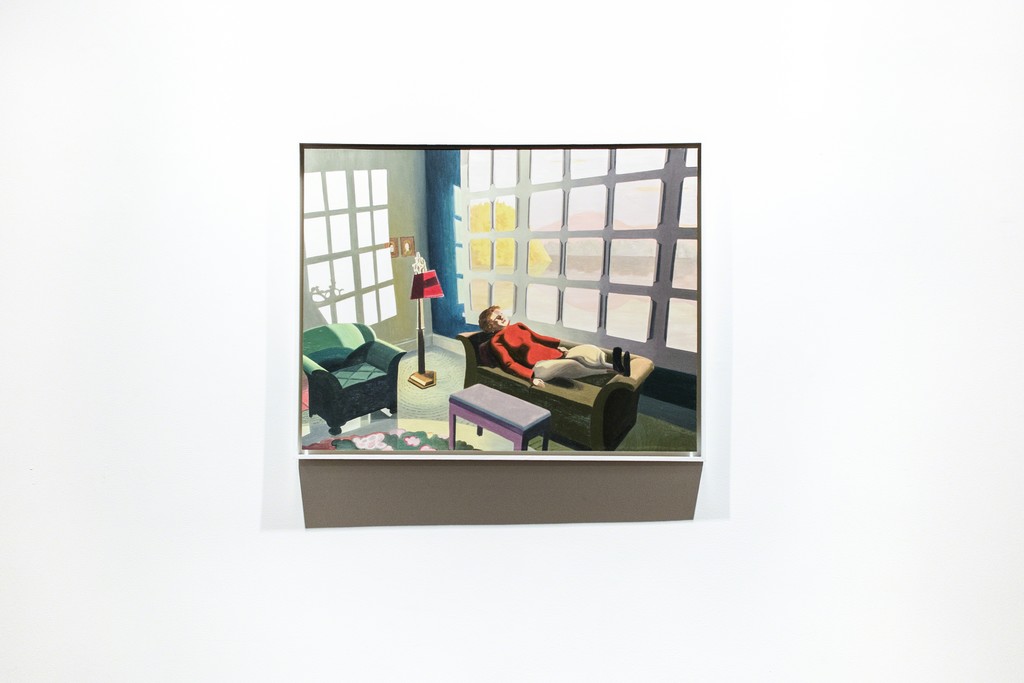 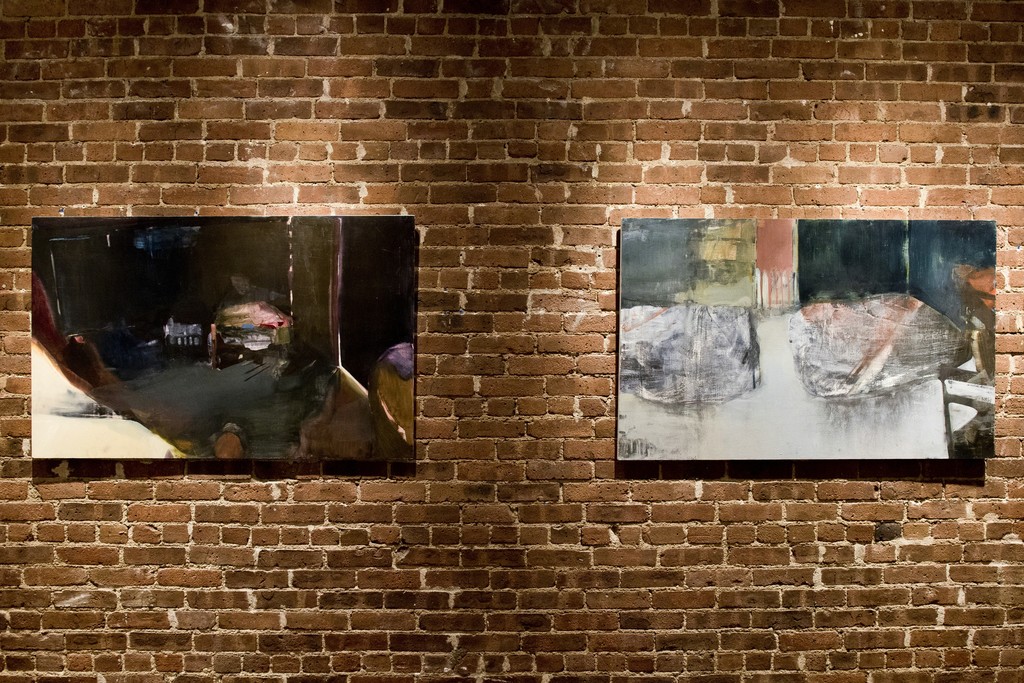 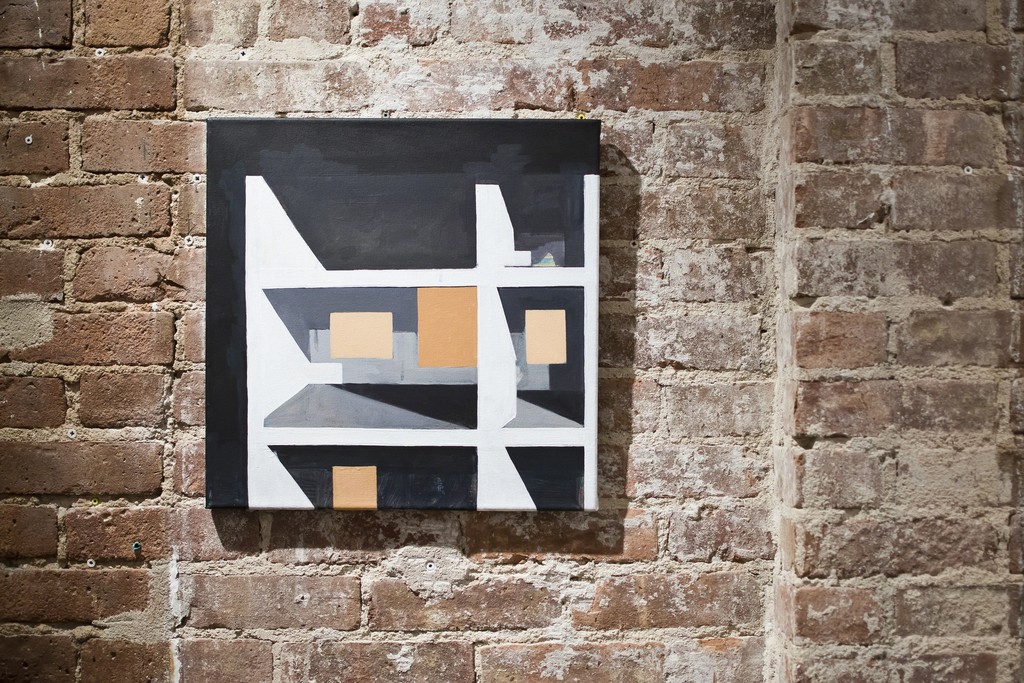 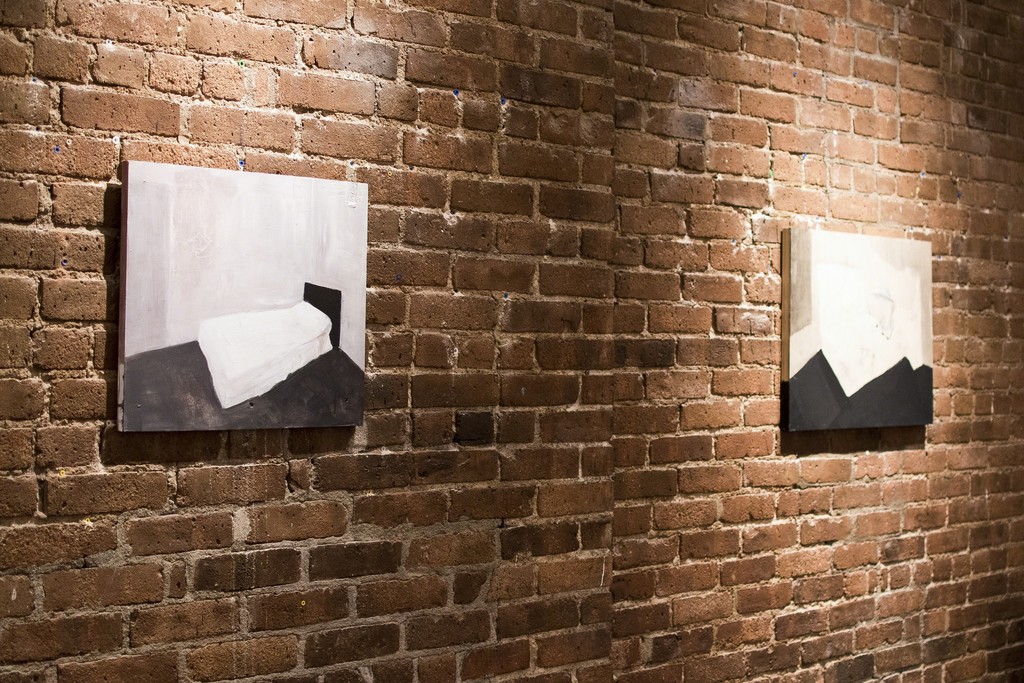 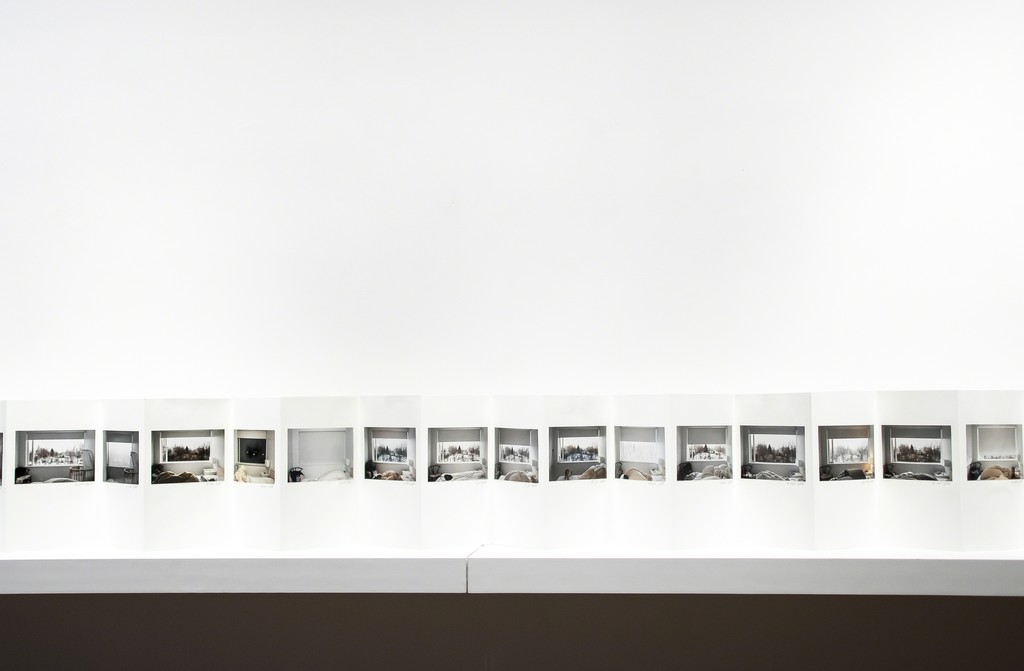 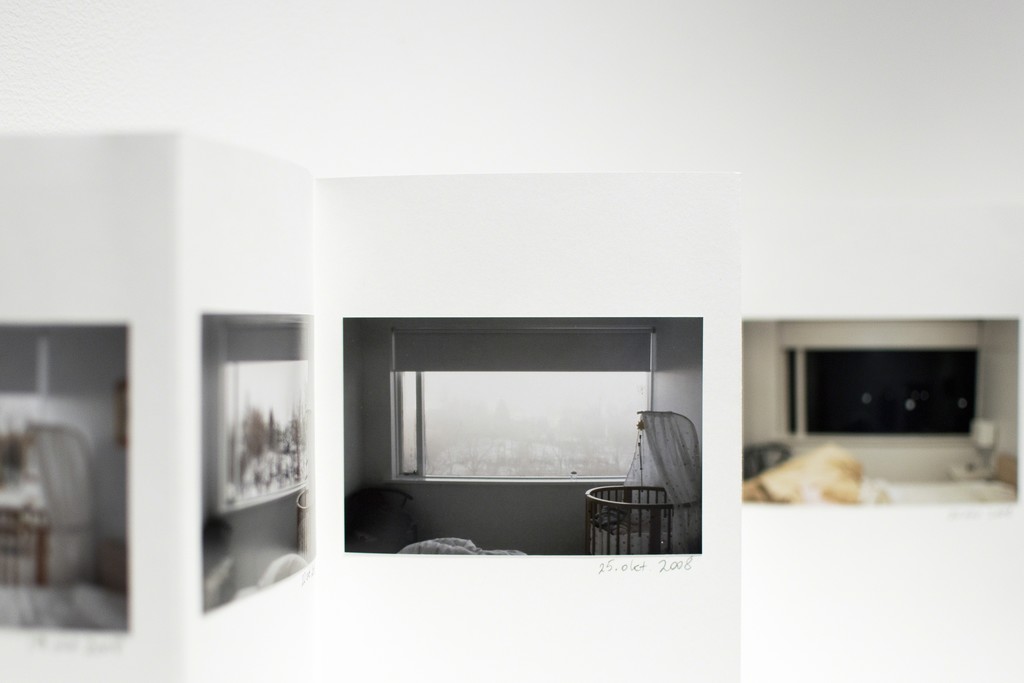 Dwelling opens Thursday, April 7 with a reception for the artists from 6-8pm and remains on view through May 26.

The relationship between women and the interior is a precarious one that walks the line between comfort and confinement, primal drives and historical influences.
Intimate spaces provide one with feelings of safety, triggering the desire to be housed and sheltered. A place for the dreamer to dwell and contemplate, to access hidden truths and memories. But these spaces also absorb the traumas and sufferings that one endures both as an individual, and as a woman who has historically been confined to the home. Because of this dichotomy, an intimate space becomes a weighted concept. It is the job of the artist to navigate polarities; to open them up, spill them out, and swim in the discordant waters to create something that provokes a challenging conversation with the viewer
The seven women in Dwelling investigate the precarity of the interior. Their artistic expressions serve as a sampling of the myriad of ways in which women experience and relate to intimate spaces. Some find empowerment and security in a space that they can own and control, while others delve into the historical and personal traumas that the interior can evoke.

Jen Davis’ self-portraits are a series of portholes into moments of intimate exchange and solitude. Lying in bed with her partner in the afternoon light, standing alone in her kitchen or reclining on the couch, she finds power in allowing the viewer to see her most private moments, in choosing to share vulnerability. Davis uses the interior as a tool to direct and construct an image. Her strategic use of light and color further her control over a space that historically was not made for her to own. The resulting photographs are at once vulnerable and honest while maintaining the artist’s agency.

This notion of radical vulnerability is also present in the photographs of Jeanette Spicer. In her series sea(see), Spicer chronicles her relationship with a former partner, where the interior sheltered them and allowed the artist to explore her sexuality and vulnerability. Through the photographic lens, housed in a small apartment or secluded cabin, Spicer gains a unique access to her subject that allows her to blur the line between “subject” and “director”. Spicer does not impose her intentions upon each image, but rather her thoughts are expressed through patches of light upon flesh, rumpled sheets or blue reflections in a window.

Charlotta María Hauksdóttir examines the security offered by intimate spaces in Hofur (Outlook). The book includes a series of photographs of the bedroom in her home in Iceland, taken during the one year period when the artist lived there with her family. The book, with its clear beginning and end, is a relic from a period of time in which the artist sought refuge within her home from Iceland’s unstable economic climate in 2008. The changing leaves outside the window and the children coming in and out of view mark the passing of time, while the unchanging walls and furniture symbolize the stability that Hauksdottir sought to maintain. The book format furthers the intimacy of the piece, beckoning you to come closer and physically interact with the work, to read into this period of the artist’s life. The installation is a room unto itself, in which the viewer enters and exists.

Kathy Osborn’s cinematic paintings hark back to the 1950s and 60s, when a boom in wealth in the post-war era glorified consumption and the practice of traditional domestic roles. This time period has been depicted in art and culture in countless ways, often with a strong sense of longing for “simpler times”. Osborn’s work, however, lacks this nostalgia. She addresses the darkness of the nuclear age that was buried beneath layers of cultural repression. Osborn captures women’s domestic isolation through stark shadows and voyeuristic angles, implying that one is not meant to see these scenes of women sitting in darkness, confined to their homes, absent from the public sphere. Osborn composes her works from miniatures that she meticulously arranges and photographs, producing starkly photographic yet strangely physical paintings that haunt and disorient the viewer.

Amy Greenan’s geometric interiors reference how the passage of time leaves its mark on domestic spaces. The only occupants in her rooms are the geometric shapes of light and dark, referencing forms no longer present, like a chalk outline at a crime scene. Greenan initially constructs her paintings very simply, with empty, minimal structures and cells confronting the viewer. However, the more one tries to make sense of the space, the more unclear it becomes. Walls begin at the ceiling and plummet beyond the floor’s threshold, reflections of light bounce off of invisible structures and opposing colors shimmer next to each other making shapes float and move on the canvas. Greenan's paintings depict both the stability of the interior as a symbol, and the formlessness of personal histories.

Alie Smith began studying interiors as a way to better understand the dynamics of abuse and traumatic memory. Her paintings, which border on abstraction and representation, are based off of photographs from her childhood and found images from crime scenes. Smith depicts how memories imprint themselves upon the architecture of intimate spaces and everyday objects. Her paintings are characterized by moments of airiness and light, interrupted by voids of matte black that confront the viewer. These patterns mimic the structure of traumatic memory, where one has access only to bits and pieces of the past. Smith’s interiors investigate how intimate spaces, which once offered security can come to represent confinement.

Emily LaCour explores the human qualities of the interior and its relationship to collective memory. She films the staged interiors in various Antebellum period museums, as well as her bed in her own bedroom, then paints from the stills of the videos. Her process of capturing and recapturing is reflected in the ghostly physicality of her paintings. The rooms LaCour depicts are haunted by personal and inherited memory, where the past mixes and sometimes clashes with present life. Absence is also a common theme in LaCour’s work. There is no obvious sign of human presence, no figures or personal objects. Instead, she focuses on the emotional traces people leave behind; smears of darkness like overlapping shadows left on the wall, or swaths of bright light, as if the architecture itself were being erased.