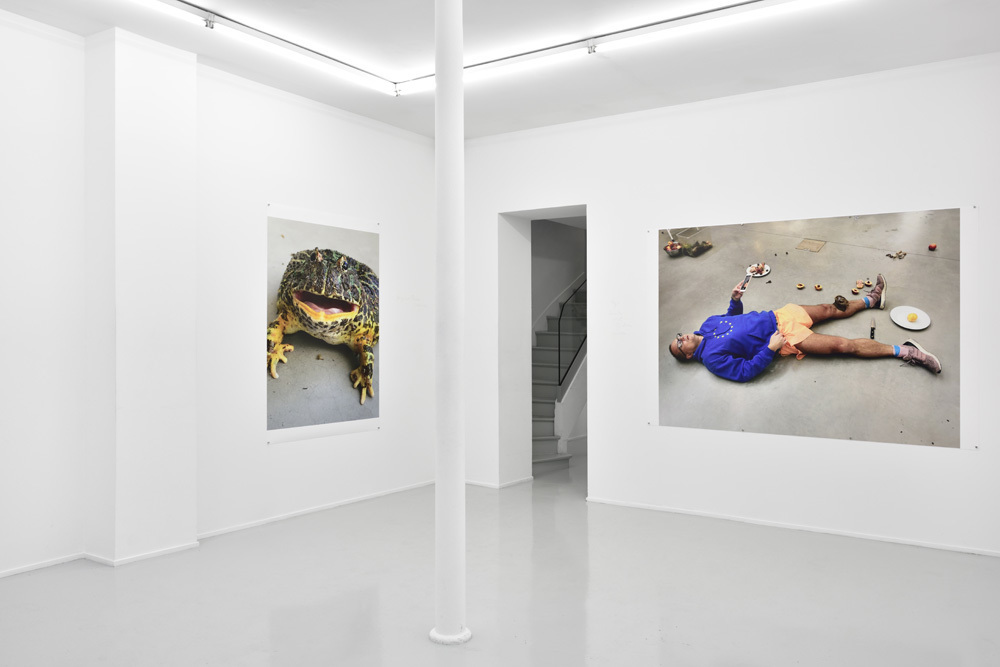 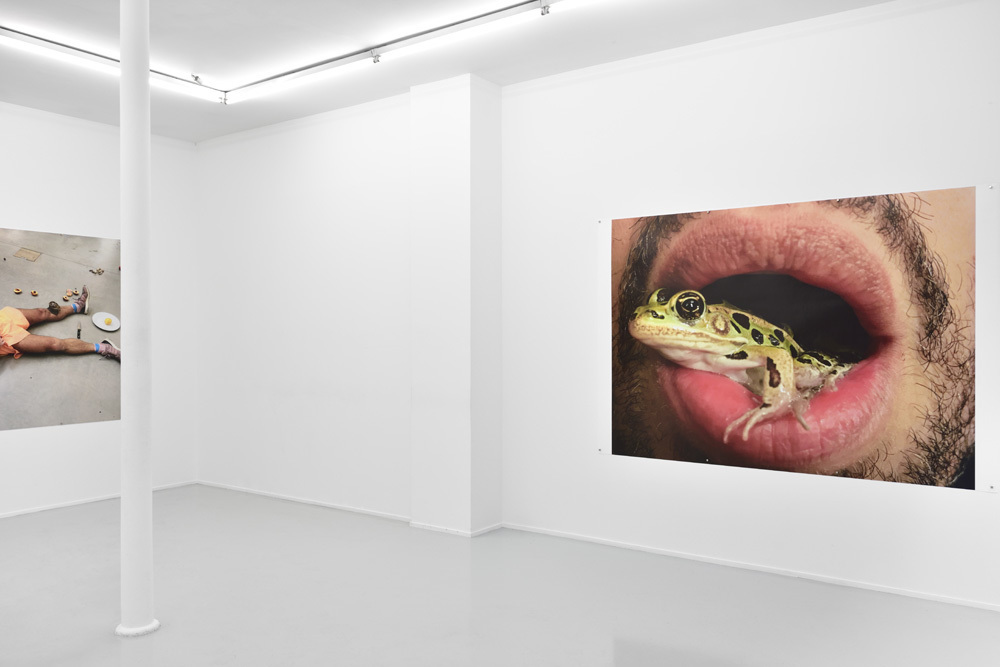 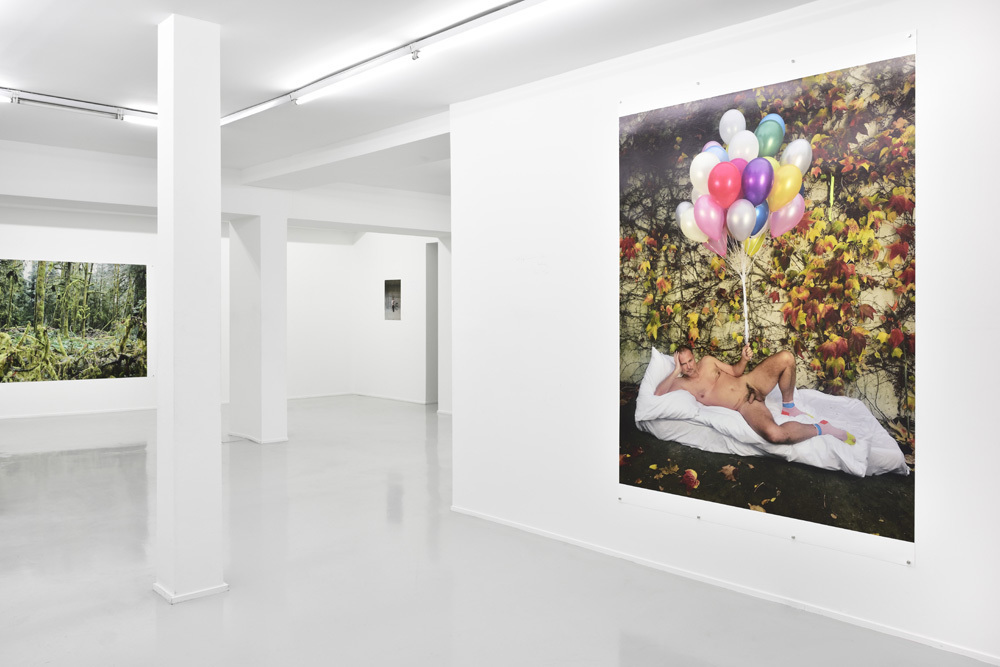 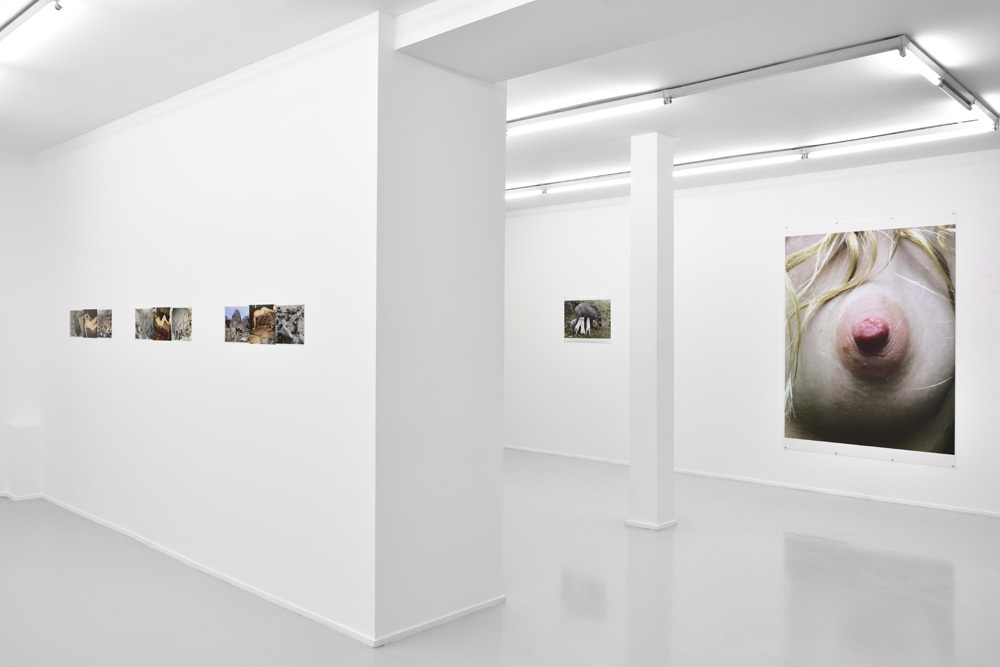 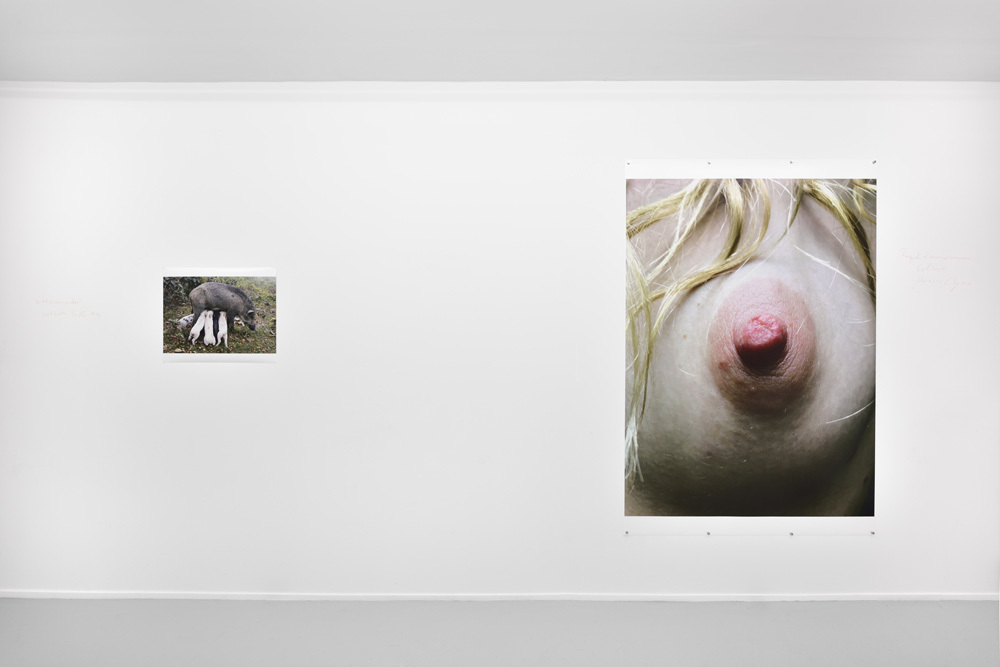 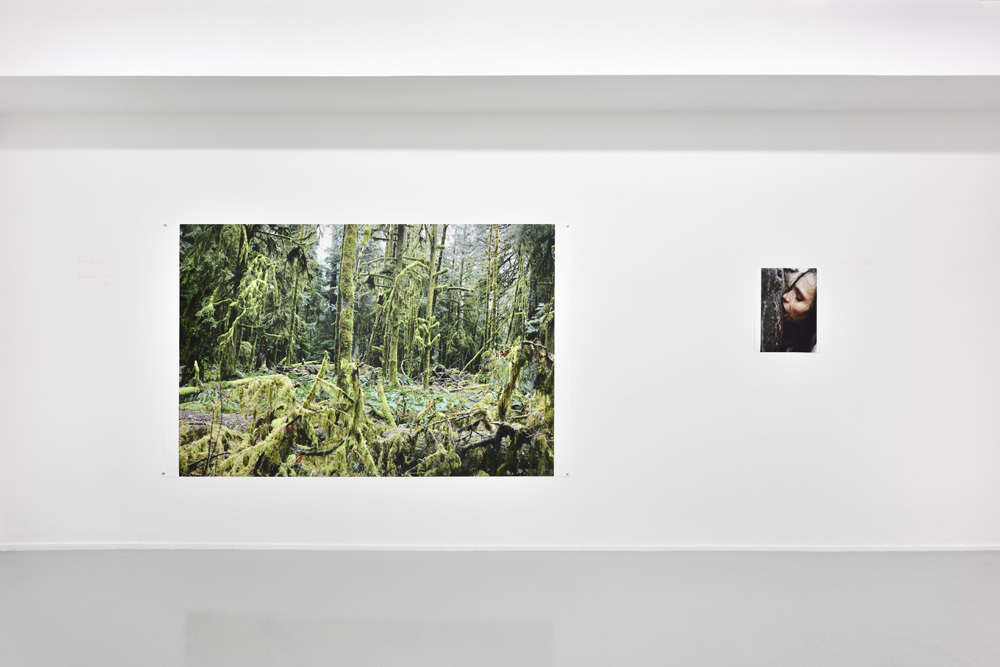 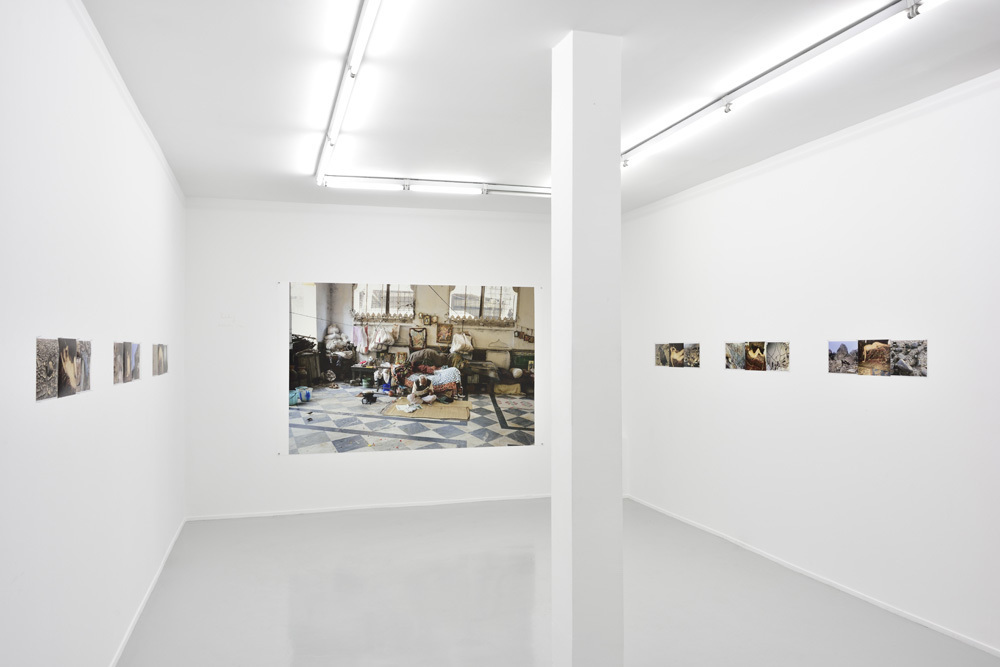 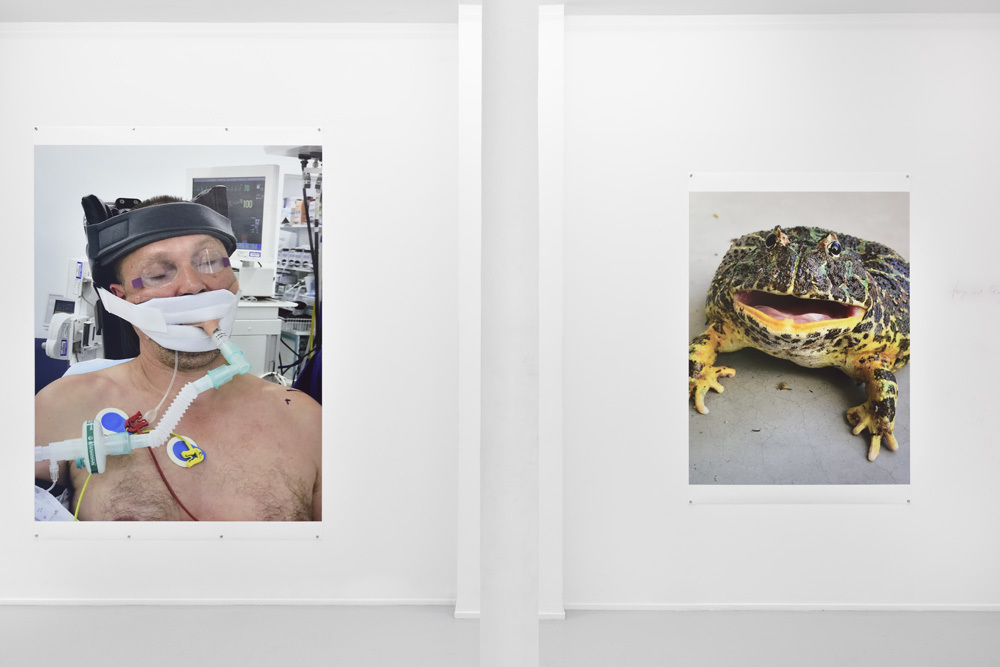 In 2014, shortly after he had started teaching photography at the Akademie der Bildenden Künste in Nuremberg, Juergen Teller recalled a piece of general advice he had given his students: “From the beginning, I told them their work should be about loving life. It shouldn’t be so much about the photography. To take photos, you have to love life – then you can photograph anything.”

In his own case – he is probably one of the most in-demand photographers working today, with commissions from all kinds of industries, including music, fashion, advertising and art – we soon find ourselves asking what it is that connects the things he photographs, and how the spectacular heterogeneity of the subjects imposed by the diverse industries he works for, or simply by himself, add up to an “oeuvre.” For while there can be no doubt that he has invented a “style” and that his photography has a distinctive aesthetic, one that has made its mark on the history of the discipline, we must also acknowledge that he has now pushed its limits far enough for this never to hamper his practice or degenerate into academicism. What links the things he photographs lies more in the gaze than in the forms, the subjects or the techniques. When he told his students that their work “should be about loving life,” we can be sure that he was speaking from experience.

This exhibition takes its title from one of his recent series, “Leg, snails and peaches, London 2017.”
At the gallery entrance, “Leg, snails and peaches No.25, London 2017” shows Teller lying on the ground wearing shorts and a hoodie in the blue of the European flag, on which the twelve stars symbolising the countries of the EU have been reduced to eleven, following the withdrawal of the United Kingdom. On the floor with him are peaches, some of them cut in two, and he is holding a mobile phone in camera mode. However, the phone is not documenting what might be seen as the main action of the scene, and nor is Teller looking at it; he seems totally wrapped up in the sensations produced by the presence on his naked left leg of a Giant African Snail – a creature feared because of its prolific capacity for reproduction, and therefore its invasive potential. In short, we have our work cut out assembling the elements of this complex story in which we can find political, ecological and – most of all – erotic echoes. In fact, these seem to run through the whole of this exhibition in its celebration of sensations: here, the feel of the snail’s gelatinous body on the skin of the leg, elsewhere the velvety feel of peach skin or the sensation produced in a man’s wet mouth by the presence of a frog. Elsewhere, a young woman (Béatrice Dalle) is seen putting her mouth to the bark of a tree in a photograph taken for the magazine Man out of Town, while another pic shows a breast (belonging to Raquel Zimmermann, from an advertising campaign done for Céline in 2017). This show, in which series both recent (Frogs and Plates, 2016) and never before exhibited (Leg, snails and peaches, London 2017) are mixed in with work done for other industries (although in Teller’s case such a distinction is meaningless), articulates an obvious celebration of life by putting before us the simple pleasures of nature. These include the dryness of the desert landscapes photographed in the Sultanate of Oman, which stand in literal counterpoint to the landscapes captured – not shown here – in Suffolk in 2010, or to the luxurious forests of Canada shot last year for the magazine System (“Paradise II, At Moments I Felt like Being in a Strange Dream in a Medieval Forest with 2 Naked Canadian Girls Doing Hula Hoops, Covered all over in Sweet Maple Syrup, No. 70, System Magazine Supplement, Canada 2017”).

The thirty-odd works in “Leg, snails and peaches” certainly constitute an ensemble “about loving life.” Teller’s photography is characterised by its benevolence and humility, two feelings that always come across in the way he deals with his subjects. His manner depicts a period structured by power and trials of strength by making radical use of strategies based on the exact opposite. Teller is never ironic with the objects, landscapes and persons he photographs – he usually keeps that treatment for himself alone. The extraordinary “Self Portrait with Balloons, Paris, 2017” shows him naked on a mattress covered with a white quilt in front of a wall covered with creeper yellowed by autumn. The composition, reminiscent of Lucien Freud’s 1992 work “Nude with Leg Up (Leigh Bowery),” is completed by the balloons on a stick that Teller is holding in his hand (these recall the portrait he made of Cerith Wyn Evans in 2011) and that, parenthetically, confirm his tremendous talent as a colourist. His nudity echoes the sleep imposed on plant life by the autumn: we can distinctly observe the contrast between the triumphant plastic of the balloons swollen with air and the leaves drooping with decrepitude, deploying exactly the same palette of colours as the Freud painting. The situation is no less “surreal” than the one which puts a frog on a pile of plates (inspired by a Robert Mapplethorpe photograph that he saw when studying the latter’s archives for an exhibition). It contrasts with the absolute naturalness of another photograph (“Wildschweinmutter, Kolkata, India 2014”) showing a litter of piglets being suckled by a sow. What could be more natural? Like the man said, “To take photos, you have to love life – then you can photograph anything.”
Eric Troncy