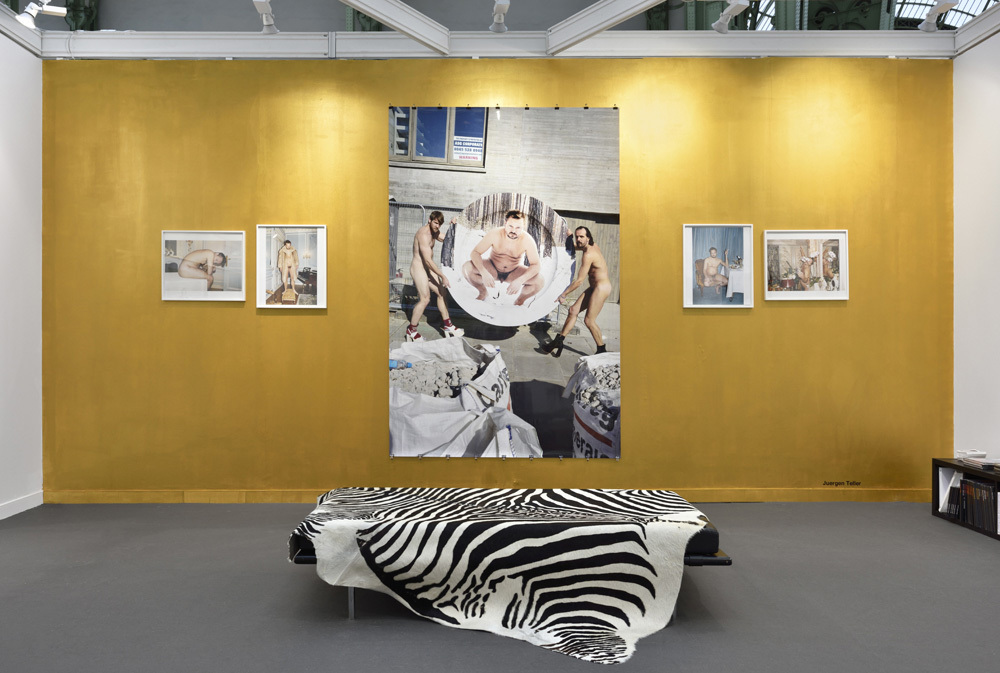 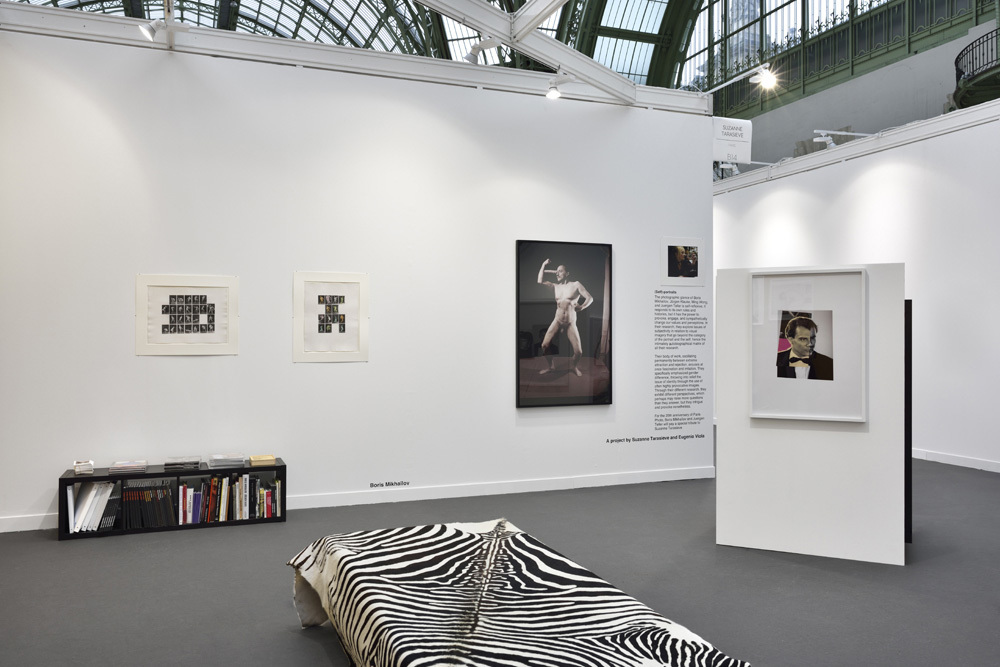 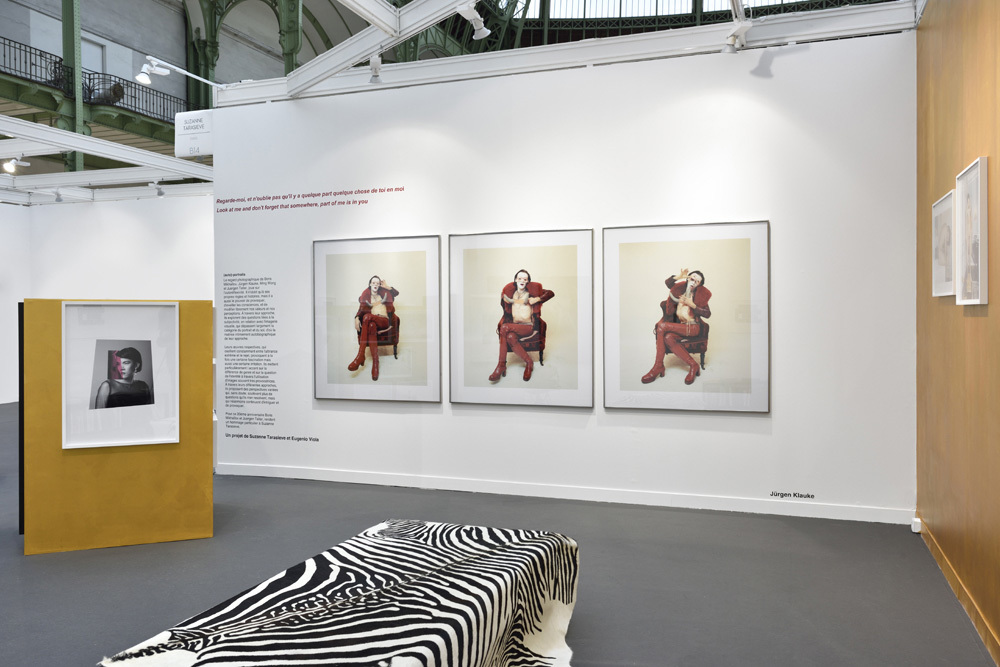 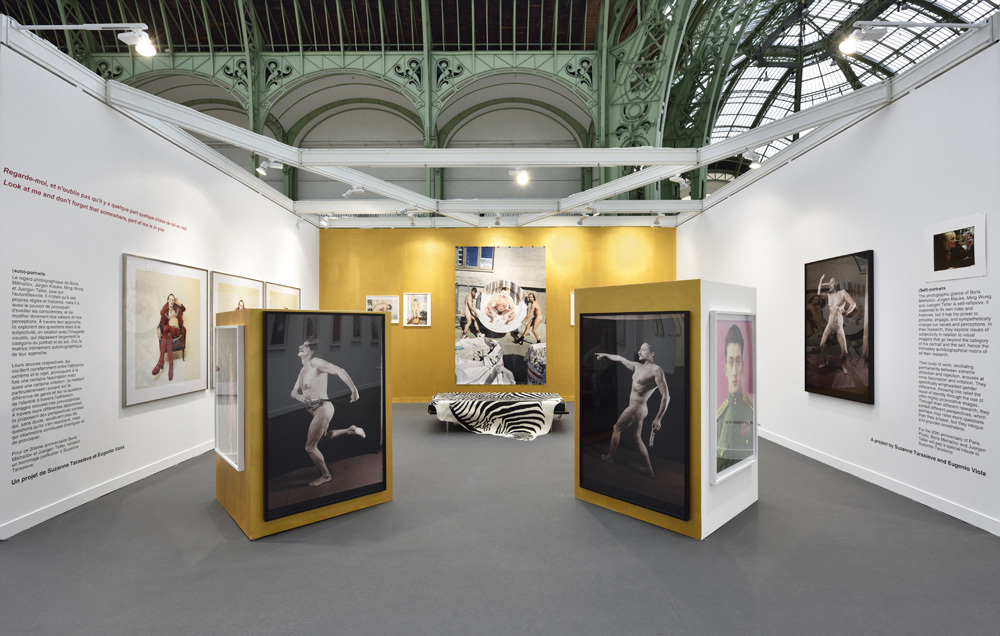 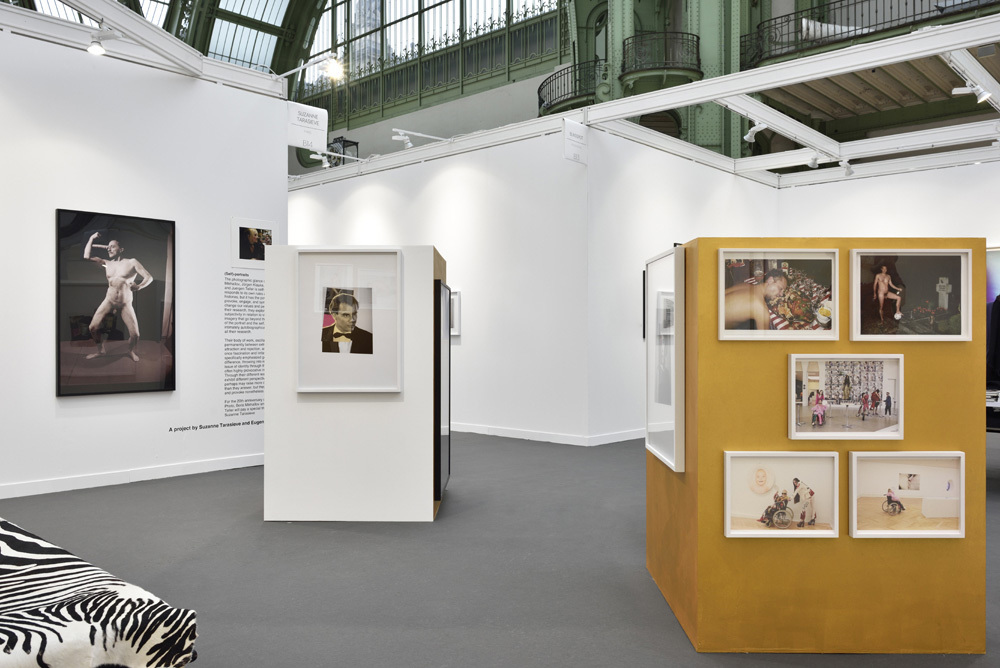 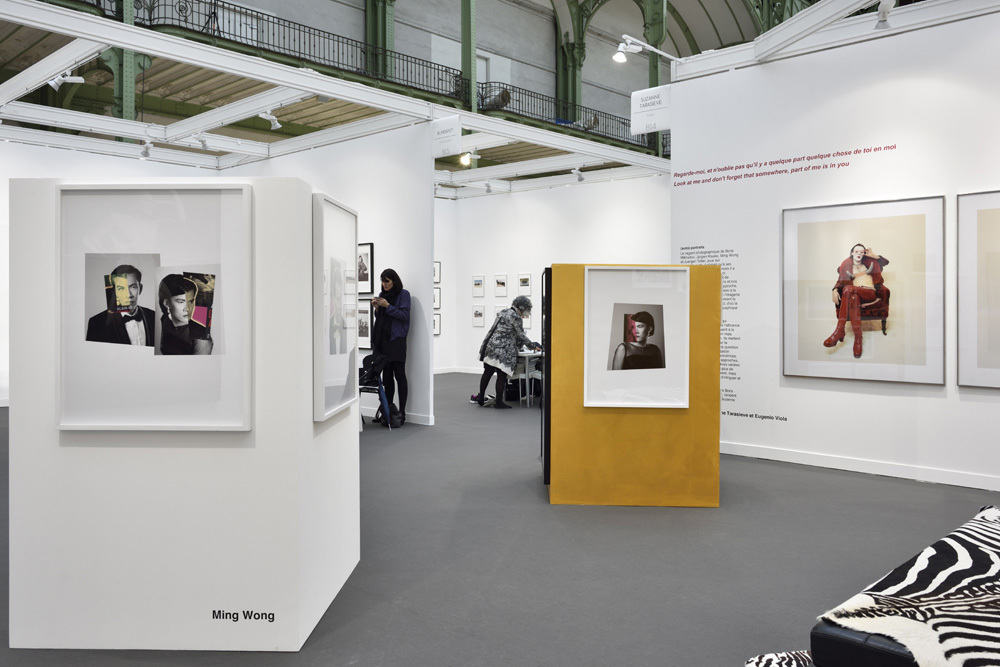 (Self)-portraits.
Look at me and don’t forget that somewhere, part of me is in you.
A project by Suzanne Tarasieve and Eugenio Viola.
Artists: Jürgen Klauke, Boris Mikhaïlov , Juergen Teller , Ming Wong

The photographic glance of Boris Mikhaïlov, Jürgen Klauke, Ming Wong, and Juergen Teller, is self-reflexive, it responds to its own rules and histories, but it has the power to provoke, engage, and sympathetically change our values and perceptions. In their research, they explore issues of subjectivity in relation to visual imagery that go beyond the category of the portrait and the self, hence the intimately autobiographical matrix of all their research.
The photographic (self)-portrait is as old as photography itself. Likewise, the urge to camouflage or self-dramatize oneself in front of the camera. In fact, among all the genres of photography, the most charismatic, and therefore the most difficult to successfully resolve, is probably the (self)-portrait.

A photographic (self)-portrait immediately grabs the viewer's attention and triggers profoundly personal responses - emotional, paradoxical and not always rational. The issues raised are complex, challenging, even treacherous, revolving around the self and its representation, identity and immortality. This attitude is particularly evident, for example, in the flamboyant portraits that Boris Mikhaïlov and Juergen Teller did of Suzanne Tarasieve, who had a long term relationship with both of them.

The body of work of Mikhaïlov, Klauke, Wong, and Teller, oscillating permanently between extreme attraction and rejection, arouses at once fascination and irritation. They specifically emphasized gender difference, throwing into relief the issue of identity through the use of often highly provocative images. Through their different research, they exhibit different perspectives, which perhaps may raise more questions than they answer, but they intrigue and provoke nonetheless.

Boris Mikhaïlov (Kharkov, 1938), is one of the most influential contemporary photographers. He has explored the position of the individual within the historical mechanisms of public ideology in Ukraine under Soviet rule, and then the living conditions in post-communist Eastern Europe. Although deeply rooted in an historical context, his work also incorporates personal narratives of humor, lust, vulnerability, aging, and death.

Jürgen Klauke (Kidling, 1943), was one of the first artists to use the photographic support as a tool of artistic research. He has specifically emphasized gender difference, throwing into relief the issue of identity, and using his body as an integral means of expression. His portraits are not “simply” self-portraits but representations of the “other,” as artist and beholder suddenly experience a sense of self-understanding and self-awareness.

Juergen Teller (Erlangen, 1964), is considered one of the most important photographers of his generation. He moves between genres with breathtaking ease. His images deal with raw emotion. They advertise a sense of authenticity characteristic of pictures taken on the spur of the moment. Known for never touching up his work, he shows his numerous muses each captured within an uncompromising light.

Ming Wong (1971, Singapore), is internationally known for his practice, which portrays multiple primary characters, irrespective of language, gender or ethnicity. He builds layers of social structure, introspection and cinematic language into his re-takes on classic film scenes, questioning how identity is both constructed and disseminated. Through his disjointed and at times humorous reinterpretations, he plays with notions of time and history.