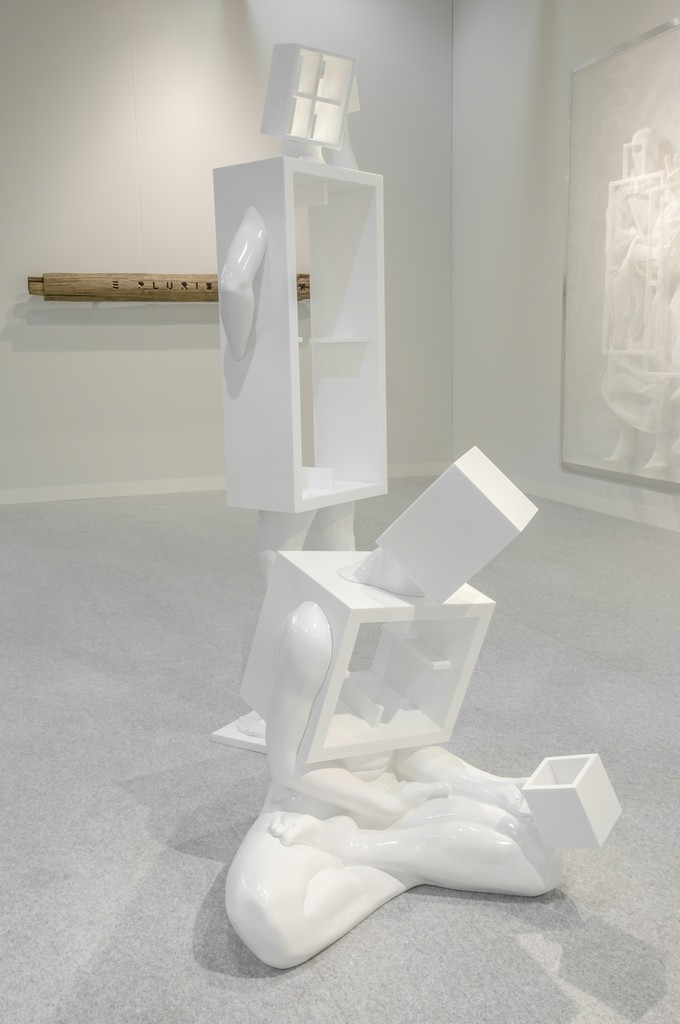 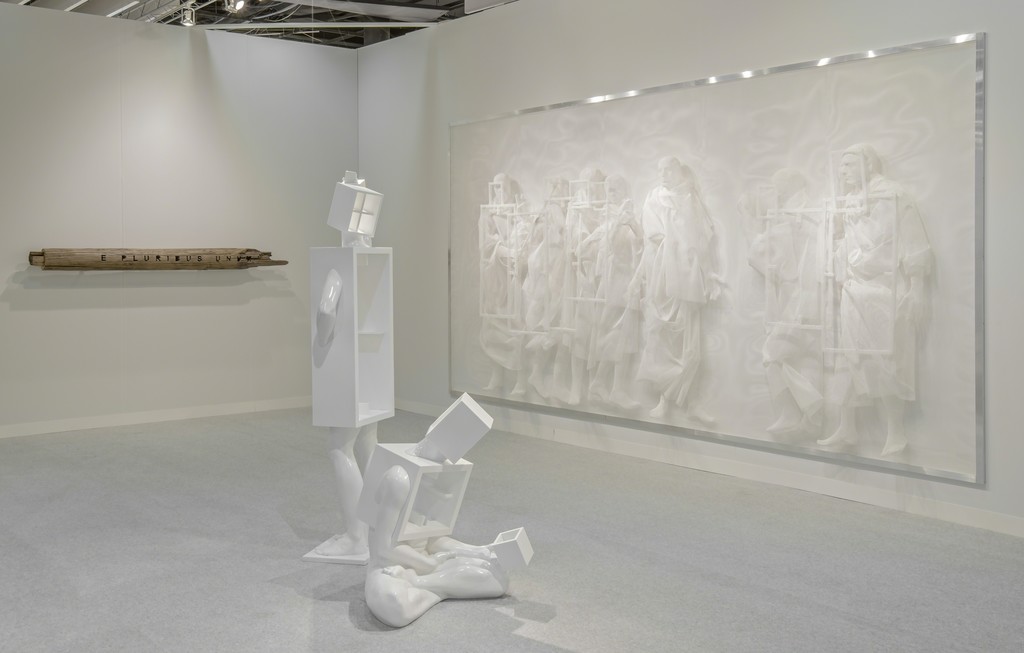 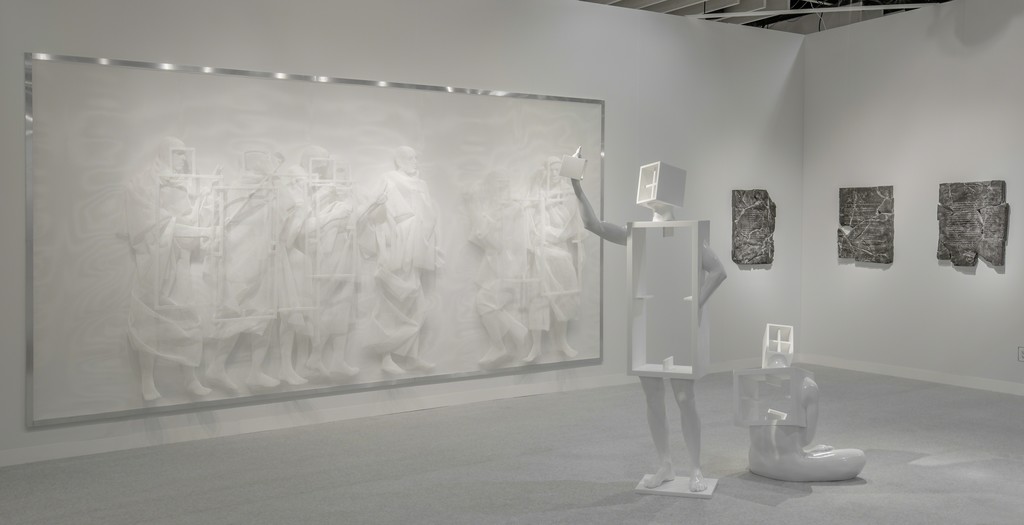 Suzanne Tarasieve will present for the first time this year a solo show by RECYCLE GROUP, at The Armory Show.

Formed in Krasnodar (Russia) in 2008 by Andrey Blokhin (b.1987) and Georgy Kuznetsov (b.1985), Recycle Group questions contemporary culture by using materials from the industrial era to explore the future of contemporary culture. Consumerism and the tensions between temporal and spiritual powers are driving themes in their work.

After their first solo exhibition at the M’ARS Center for Contemporary Art in Moscow (2008), Recycle Group won the prestigious Russian Kandinsky art prize for young artists in 2010.
In 2012, the Multimedia Art Museum in Moscow hosted a personal exhibition of their work entitled Paradise Network.
Belonging to the young Russian art scene, the artist duo also participated in the Venice Biennale program in 2011 and 2013 with “Glasstress” and in 2015 with a personal exhibition organized as a collateral event, in the church of Saint Antonin.

Recycle Group’s work will be presented in the Russian Pavilion for the 57th Venice Biennale; the National Pushkin Museum (Moscow) will exhibit a personal exhibition of their works in June 2017.

We welcome you on our stand to discover a new body of their work, specially produced for The Armory Show.