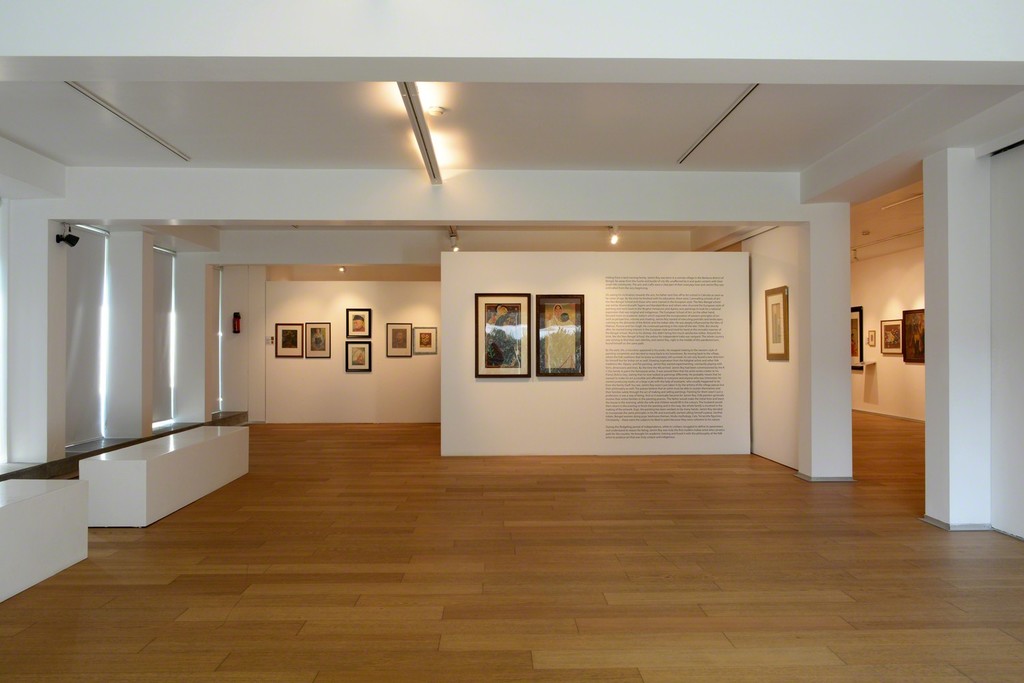 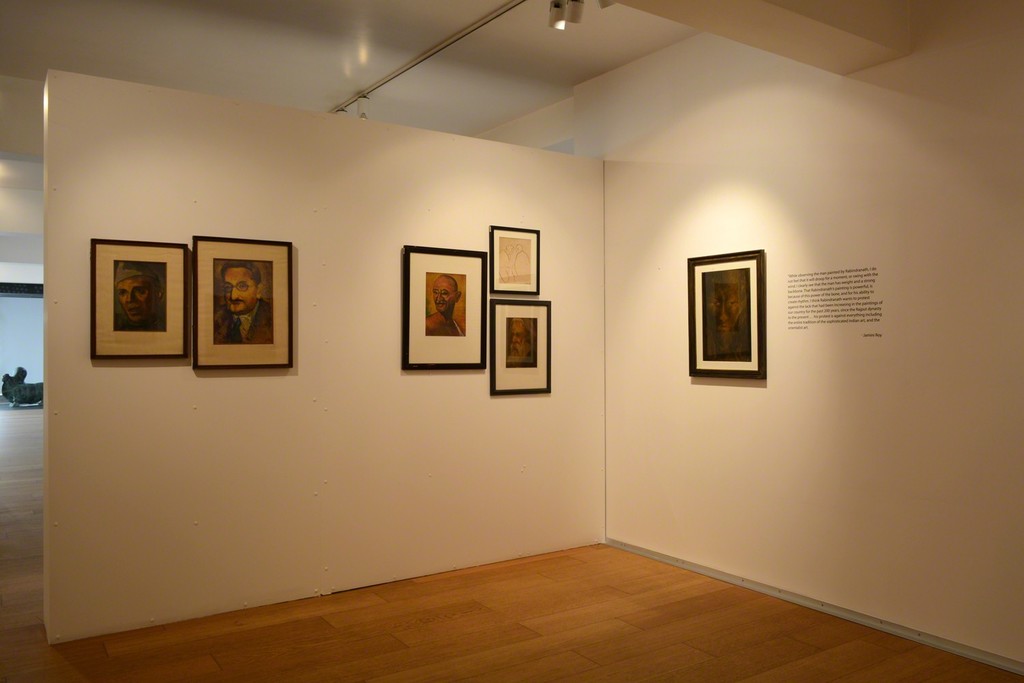 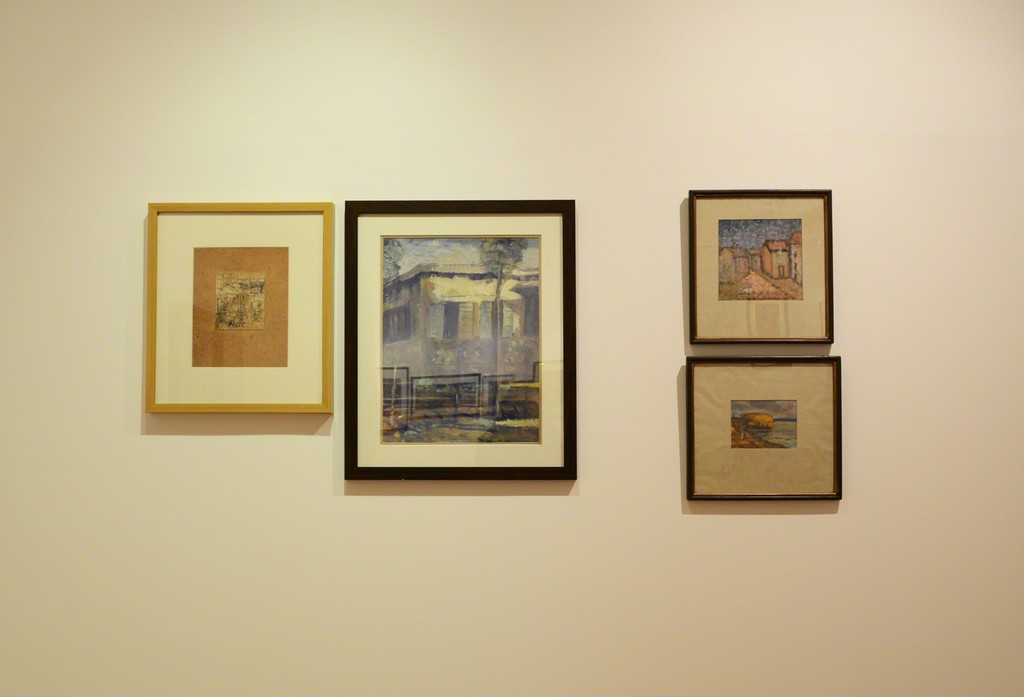 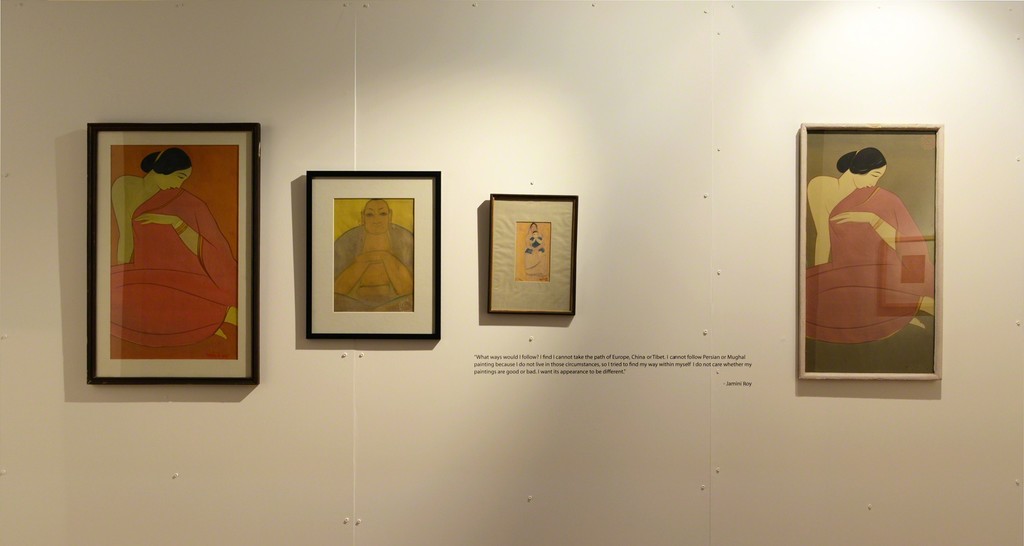 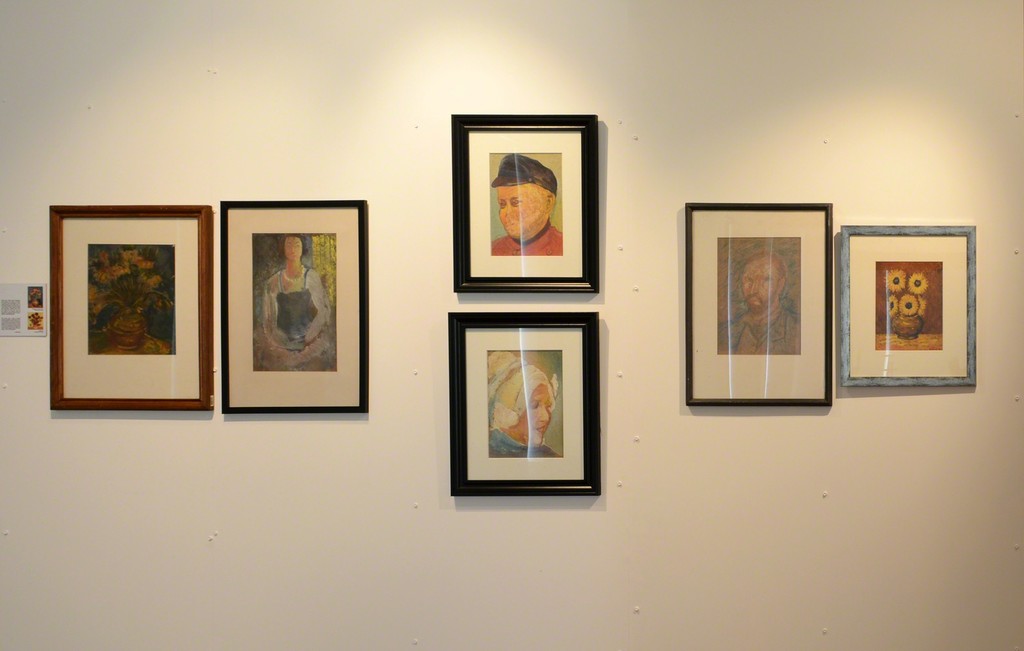 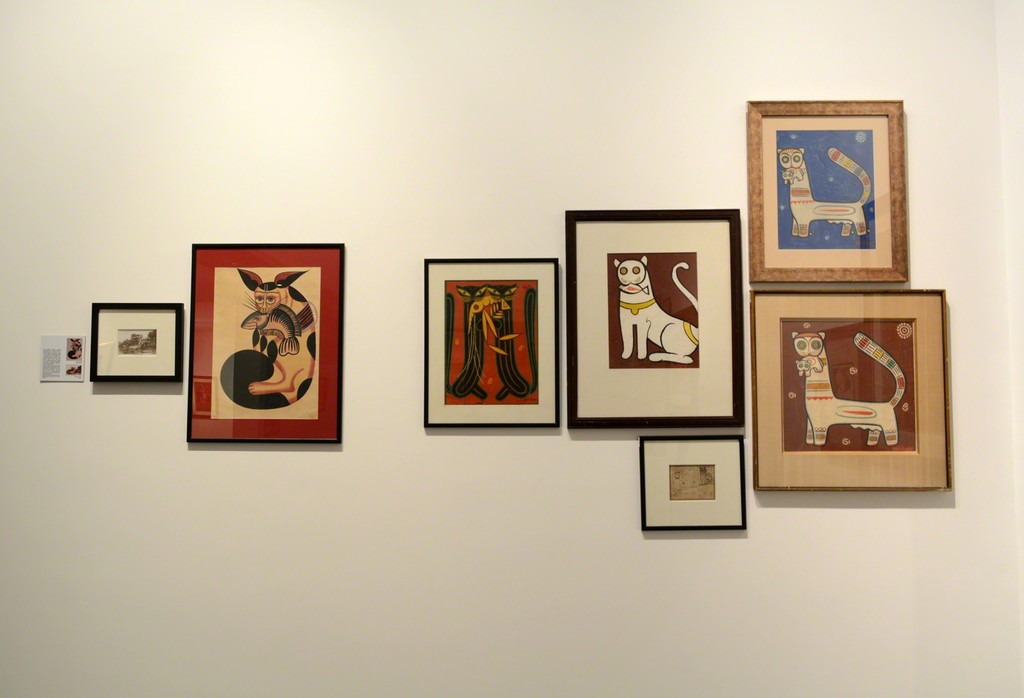 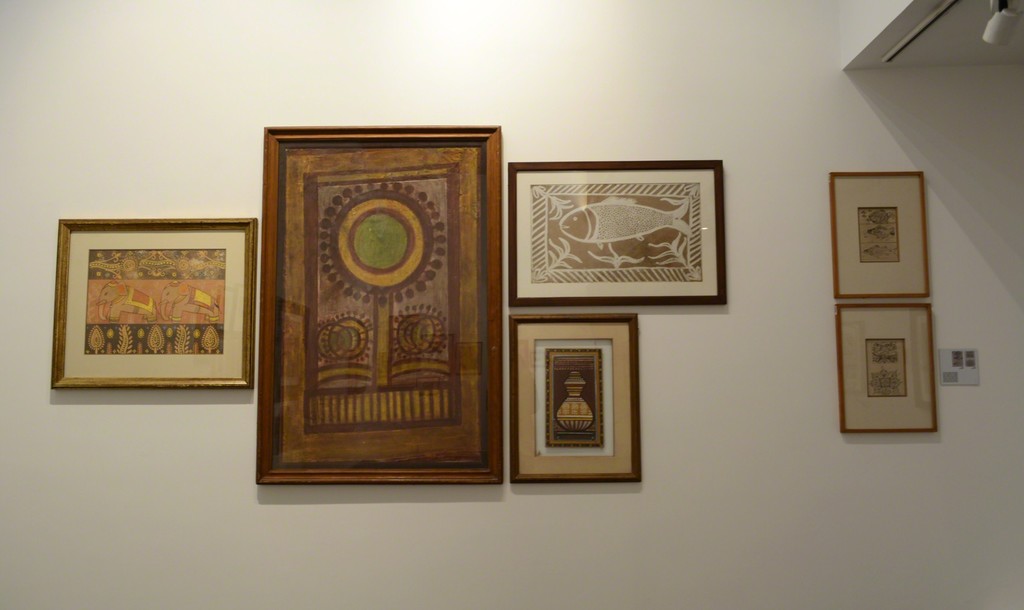 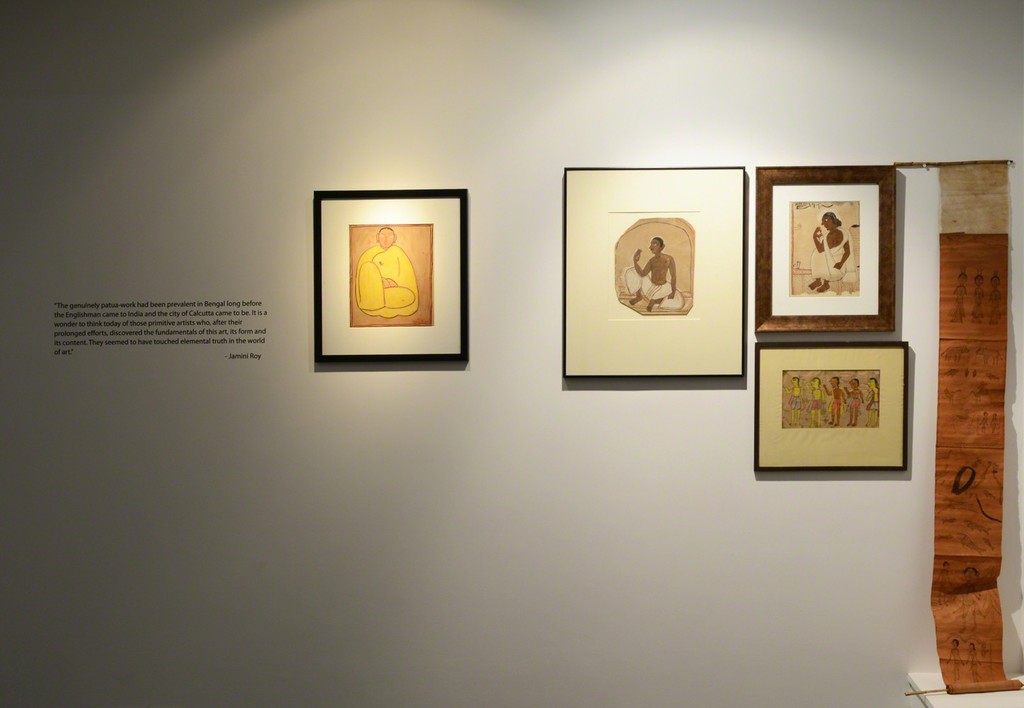 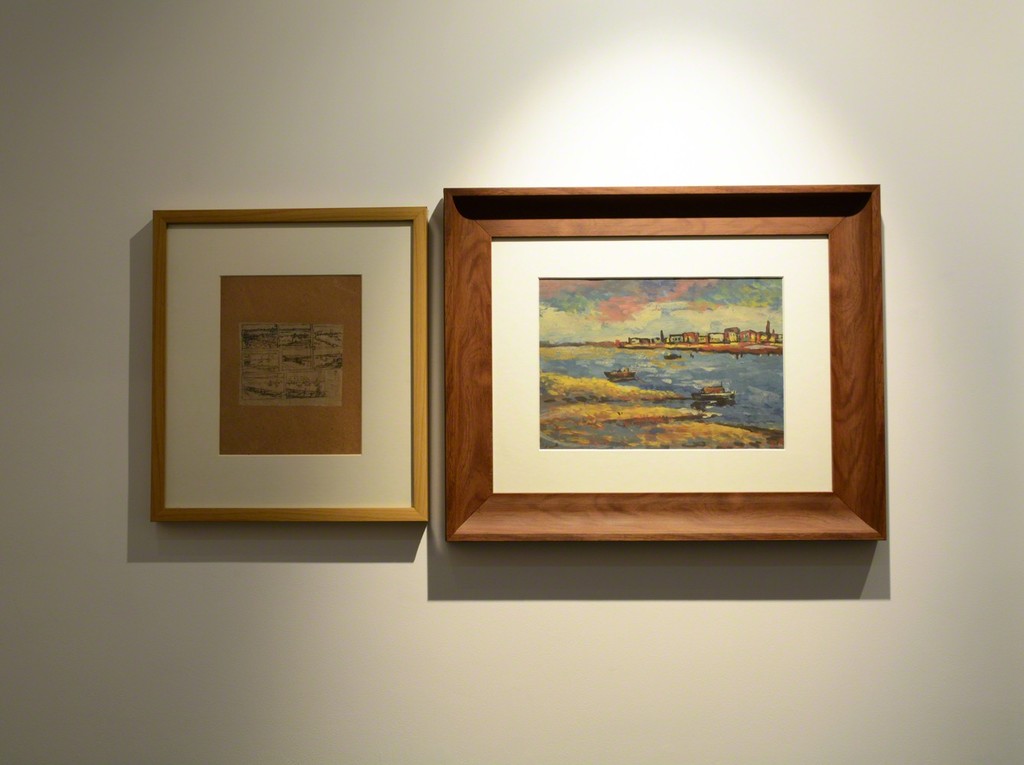 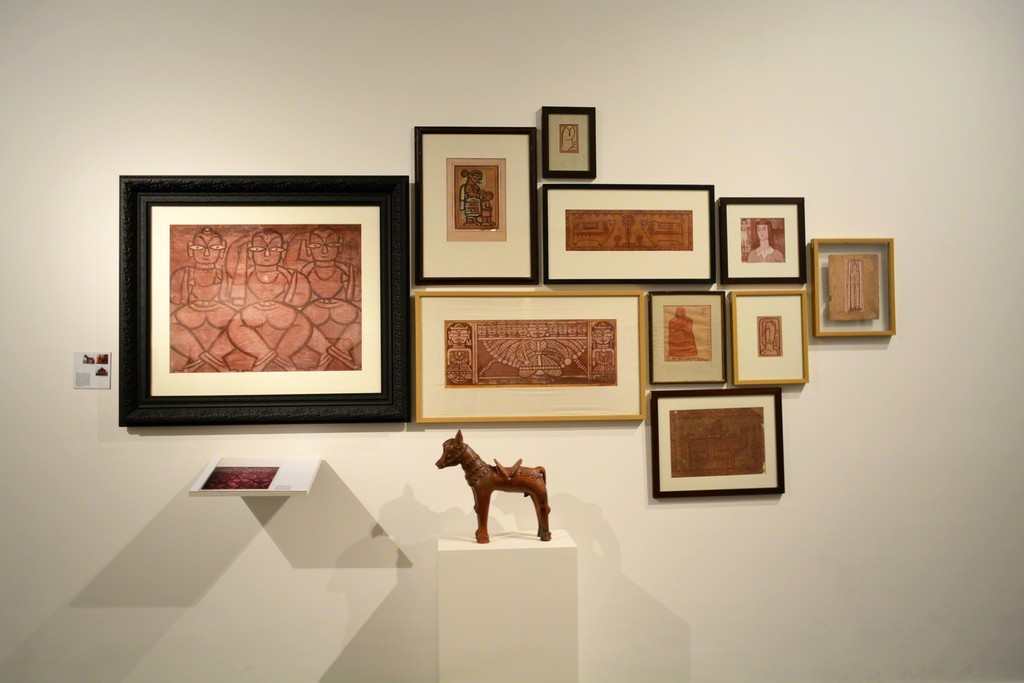 Hailing from a landowning family, Jamini Roy was born in a remote village in the Bankura district of Bengal, far away from the hustle and bustle of city life, unaffected by it and quite content with their small folk community. The arts and crafts were a vital part of their everyday lives and Jamini Roy was enthralled from the very beginning.
On seeing his inclination towards the arts, his father sent him off to Art school in Calcutta as soon as he came of age. By the time he finished with his education, there were 2 prevailing schools of art – the Neo-Bengal School and those who were trained in the European style. The Neo-Bengal school was led by Abanindranath Tagore and Nandalal Bose and others who shunned the European style of painting and went back to the Mughal miniatures and Ajanta cave paintings to look for a national expression that was original and indigenous. The European School of Art, on the other hand, focused more on academic realism which required the incorporation of western principles of art such as perspective, volume and shading. Jamini Roy started off executing portraits and landscapes, catering to the demands of the British and the Indian elite. He was deeply influenced by the likes of Matisse, Picasso and Van Gogh. He continued painting in this style till the late 1920s. But shortly after, he started losing interest in the European style and tried his hand at the revivalist manner of the Bengal School. Much to his dismay, this didn’t bring him much satisfaction either. Around this time, like the Neo-Bengal School, the ardor for independent India was rampant. The whole country was striving to find their own identity, and Jamini Roy, right in the middle of this pandemonium, found himself on the same path.
By the early 30s, a transition appeared in his works. He stopped relating to the western style of painting completely and decided to move back to his hometown. By moving back to the village, where the folk traditions that he knew so intimately still survived, he not only found a new direction for himself but for Indian art as well. Drawing inspiration from the Kalighat artists and other folk traditions like ‘Alpana’ and Pat painting, Jamini Roy started experimenting, constantly playing with form, dimensions and lines.
By the time the 40s arrived, Jamini Roy had been commissioned by the K C Das family to paint the Ramayana series. It was around then that the artist wrote a letter to his friend, Bishnu Dey, stating that he now looked at paintings differently. He probably meant that he wanted to make his art accessible and affordable to everyone and anyone who was interested. He started producing works on a large scale with the help of assistants, who usually happened to be from the family itself. You see, Jamini Roy wasn’t just taken in by the artistry of the village patuas but their philosophy as well. The patuas believe that an artist must be able to sustain themselves and their families solely through the act of making and selling paintings. Painting for them wasn’t just a profession; it was a way of being. And so it eventually became for Jamini Roy. Folk painters generally involve their entire families in the painting process. The father would make the initial lines and leave the house in the morning, while the wife and children would fill in the colours. The husband would then return in the evening to finish the painting and in this way, the whole family is involved in the making of the artwork. Ergo, the painting has been worked on by many hands. Jamini Roy decided to incorporate the same principles in his life and eventually started calling himself a patua. Santhal tribals, Bengali women doing puja, Vaishnava themes, Hindu mythology, Cats, Terracotta figurines, Christianity – these were the subjects he liked to paint because they were coherent to his nature.
During this fledgling period of independence, while its civilians struggled to define its parameters and understand its reason for being, Jamini Roy was truly the first modern Indian artist who carved a path for the country. He brought his academic training and fused it with the philosophy of the folk artist to produce art that was truly unique and indigenous.