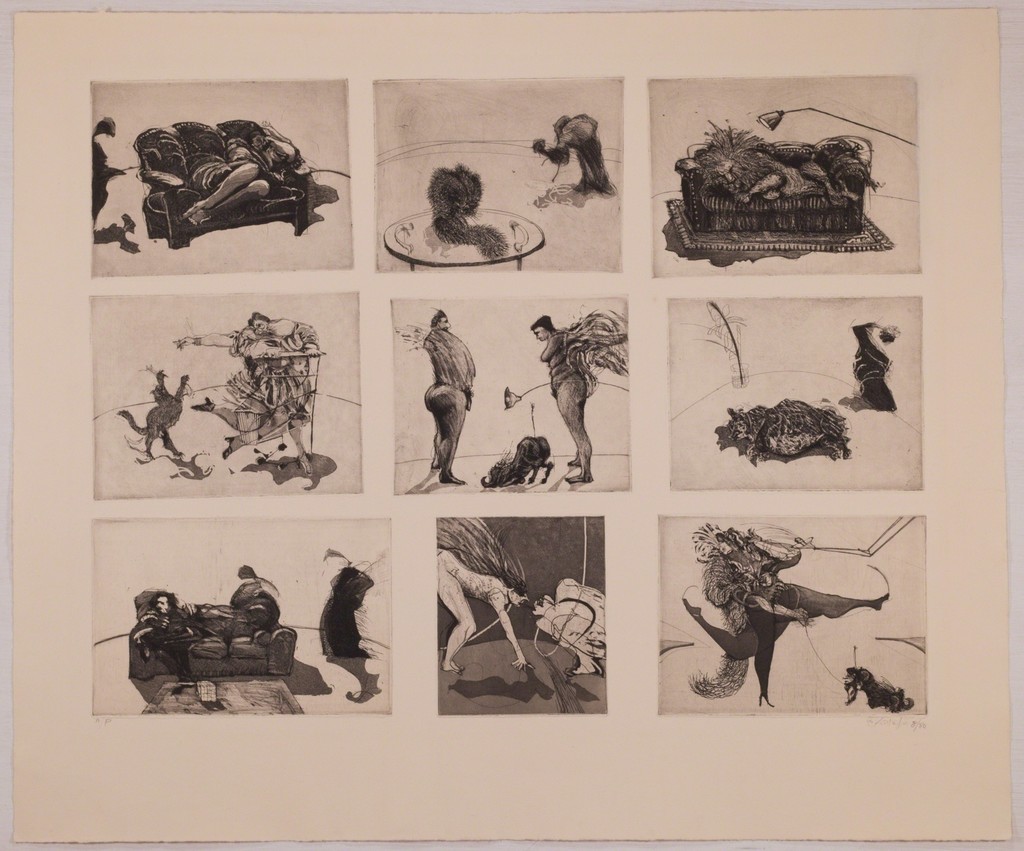 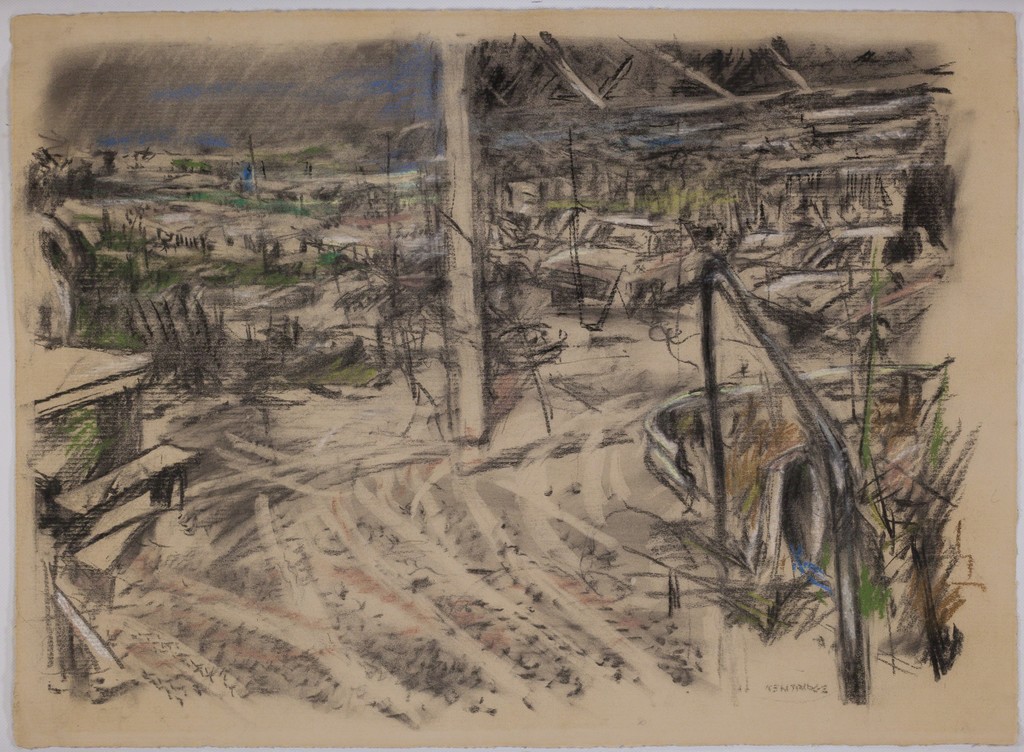 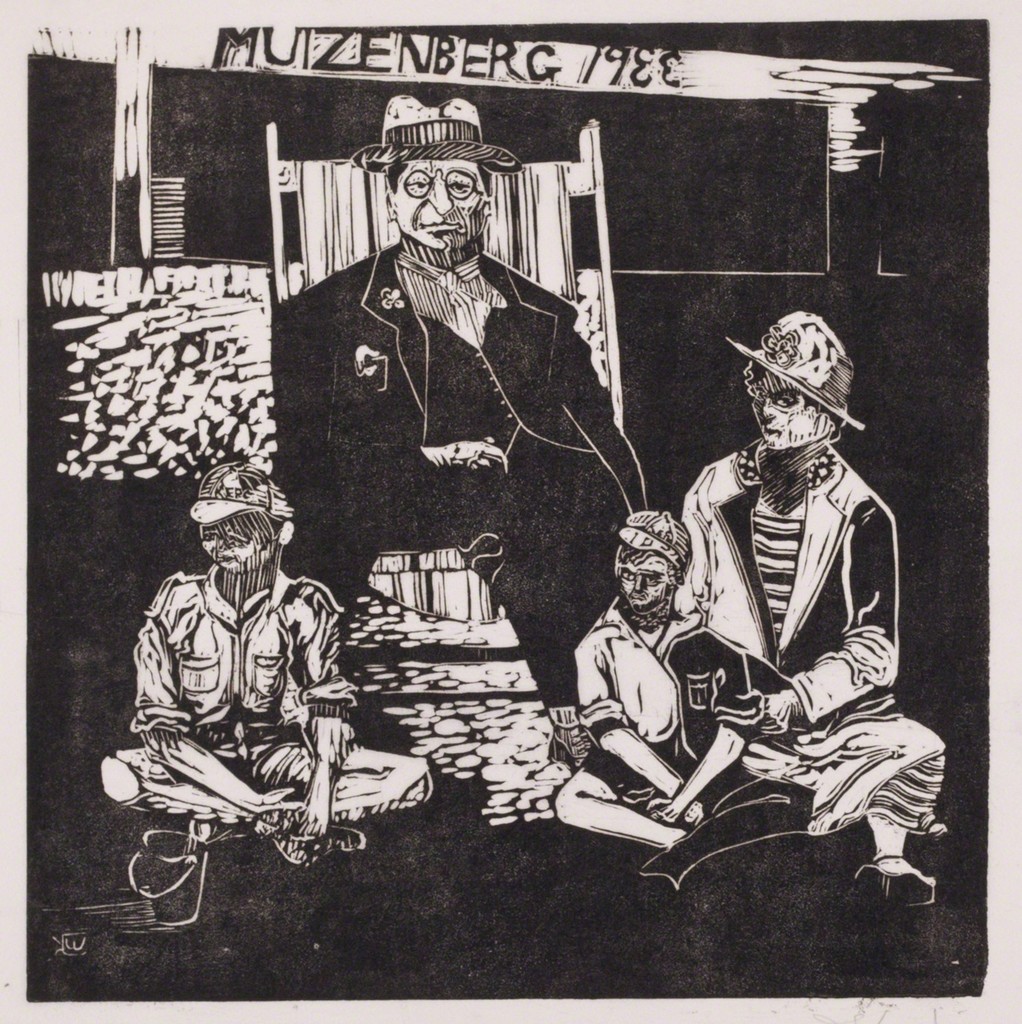 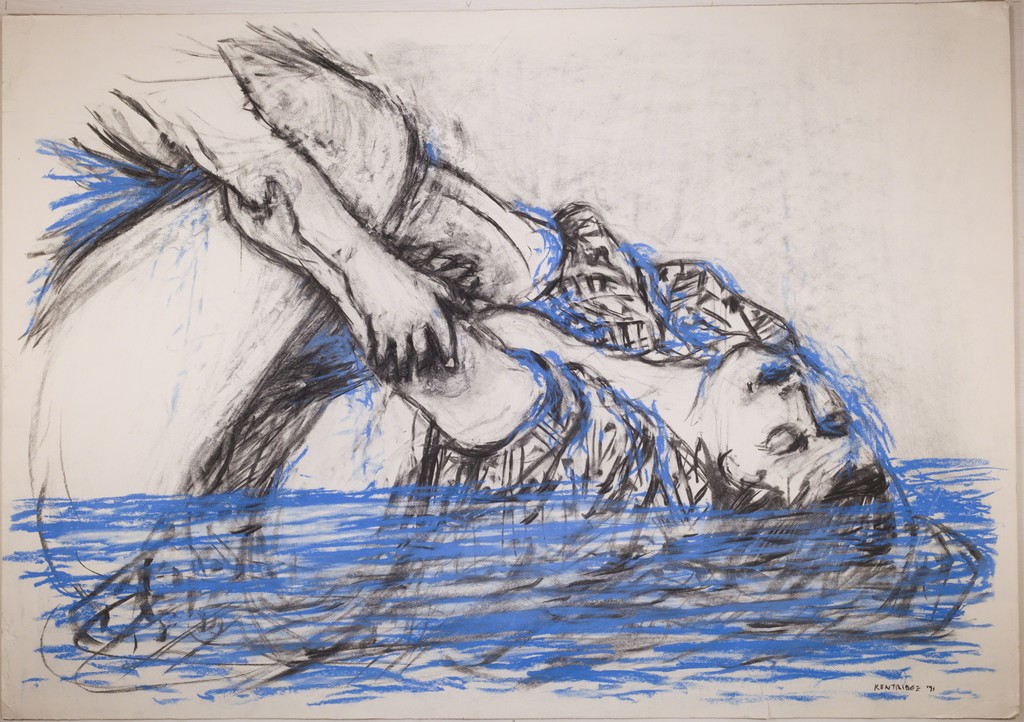 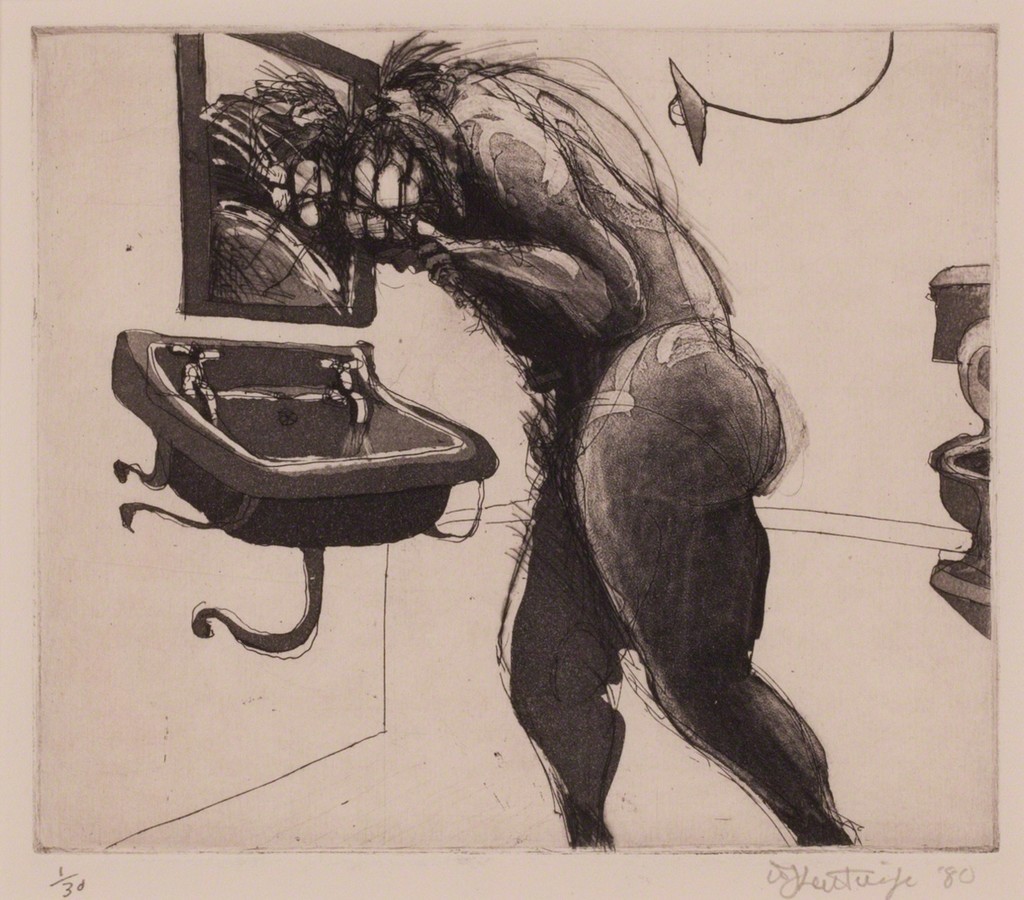 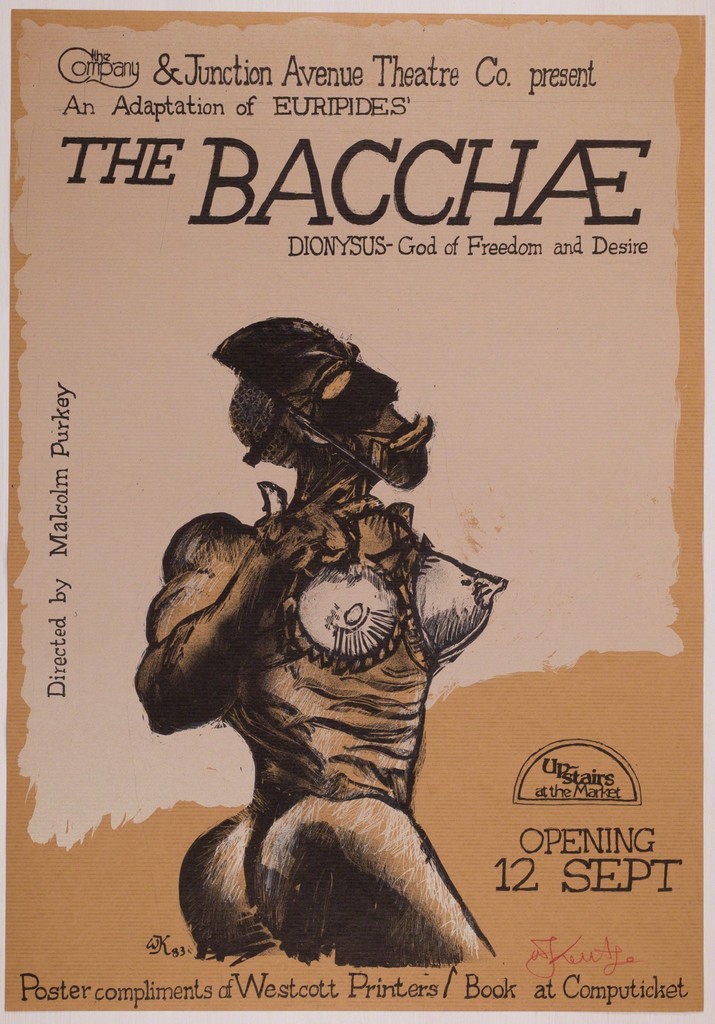 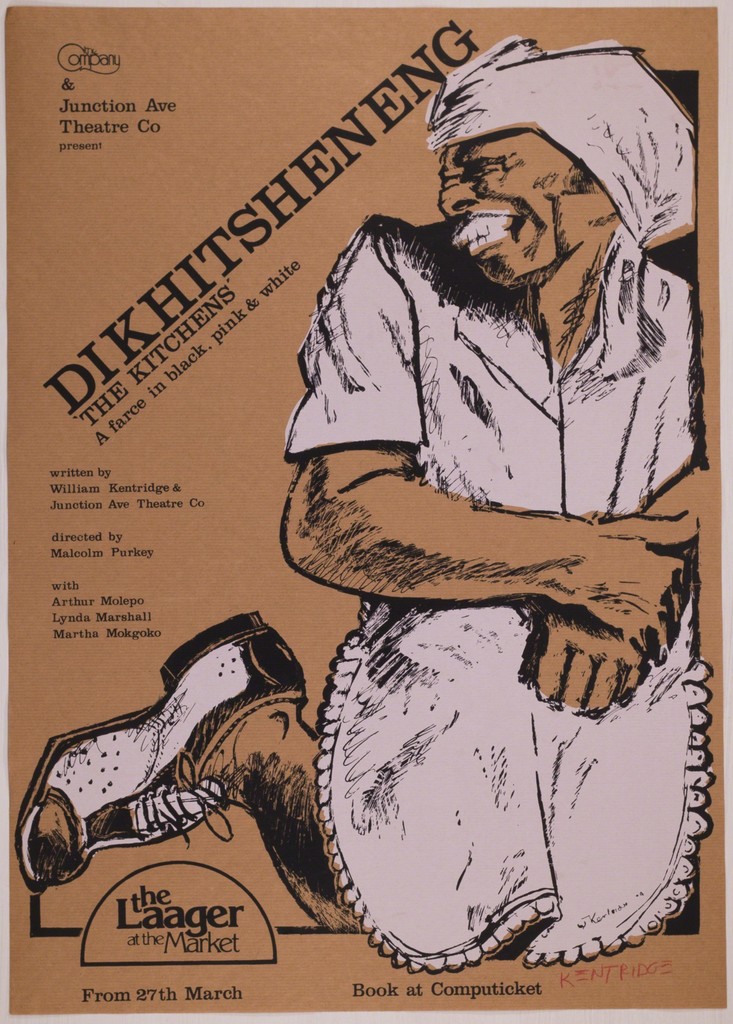 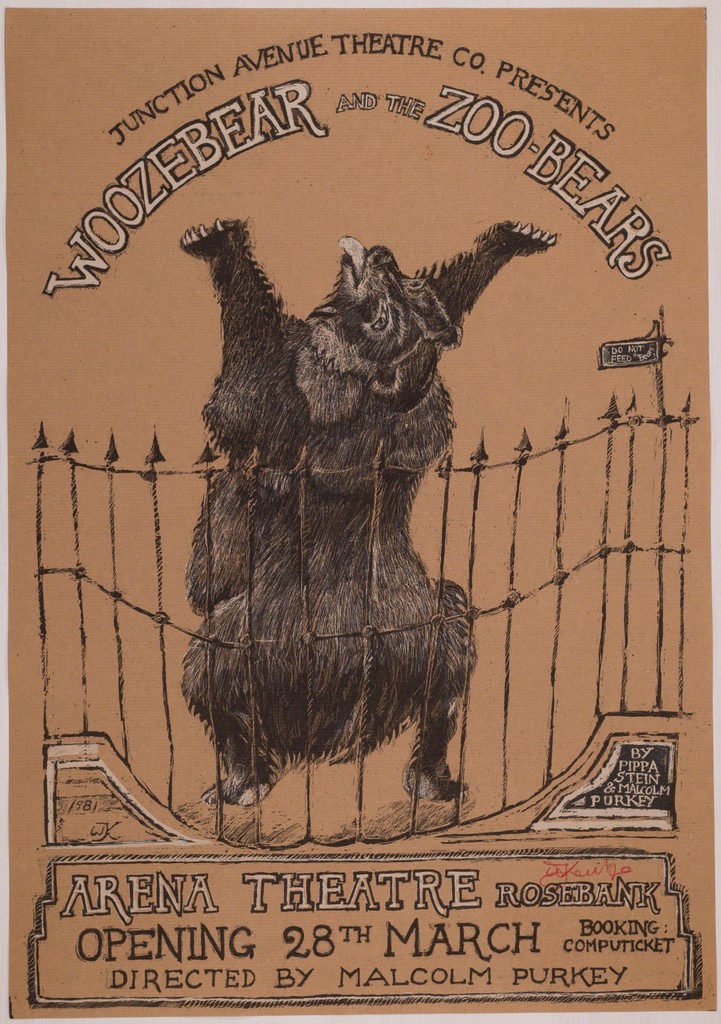 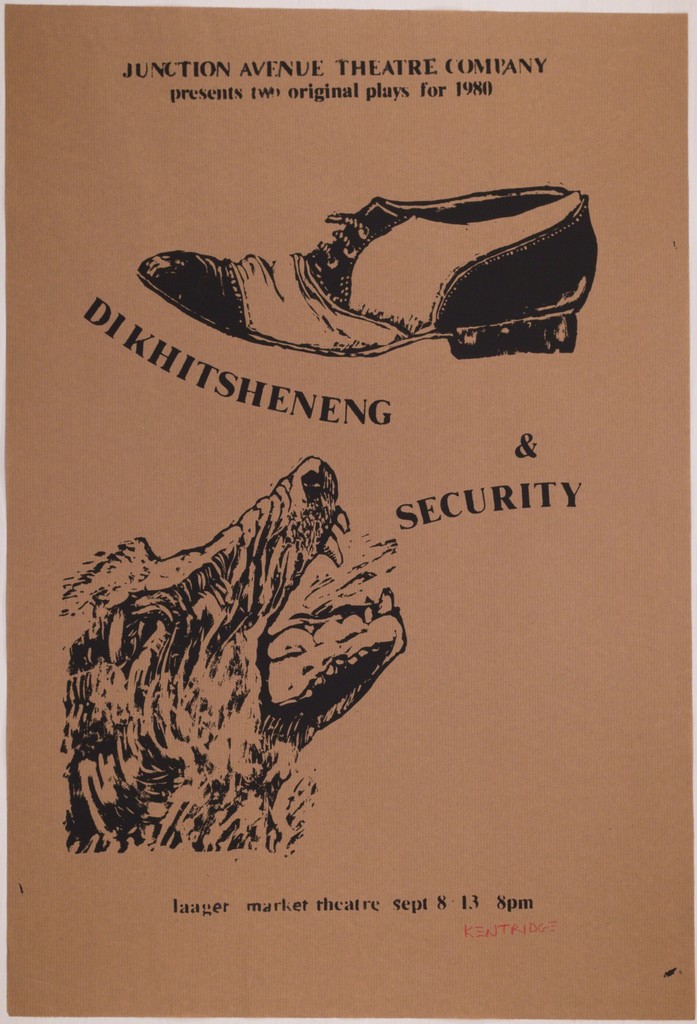 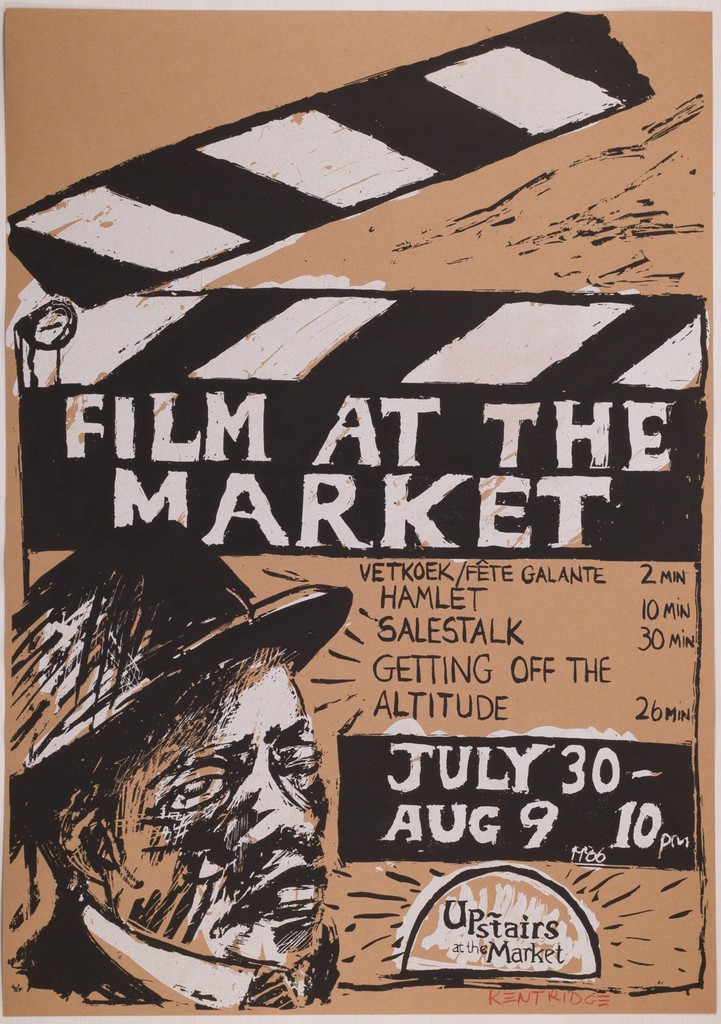 In 1979 and 1980 William Kentridge created the Pit monotypes and the Domestic Scenes mixed etchings. These two series marked the beginning of his trajectory as a professional artist.

During the 1980s William experimented with drawing and printmaking, and also participated actively with the Junction Avenue Theatre Company, a troupe that produced politically-charged plays during the waning years of the apartheid régime.

In 1989 William began creating his "Soho Eckstein Films", also known as the "Drawings for Projection". By the end of 1991 he had created four of these shorts, and was widely recognized as one of the world's great artists.

Sylvan Cole Gallery is proud to offer the best collection ever assembled of work created by Kentridge during this crisis period from 1979 to 1991 (plus his very first multiple print, a linocut from 1975), from a connoisseur who recognized Kentridge's talent long before he became famous and took great pains to purchase the very best and rarest works that came to the market over the course of many decades. We offer two Pit monotypes (not in show; please inquire); several important prints from the Domestic Scenes, unique in one sense or another; an unparalleled collection of his excruciatingly rare early theater and exhibition posters; the very first "Embarkation" drawing; and two actual working drawings from his films (one of them, his most important drawing, is not in the exhibition, so please inquire.)

This is the best collection of important works from Kentridge's formative years that has ever existed.