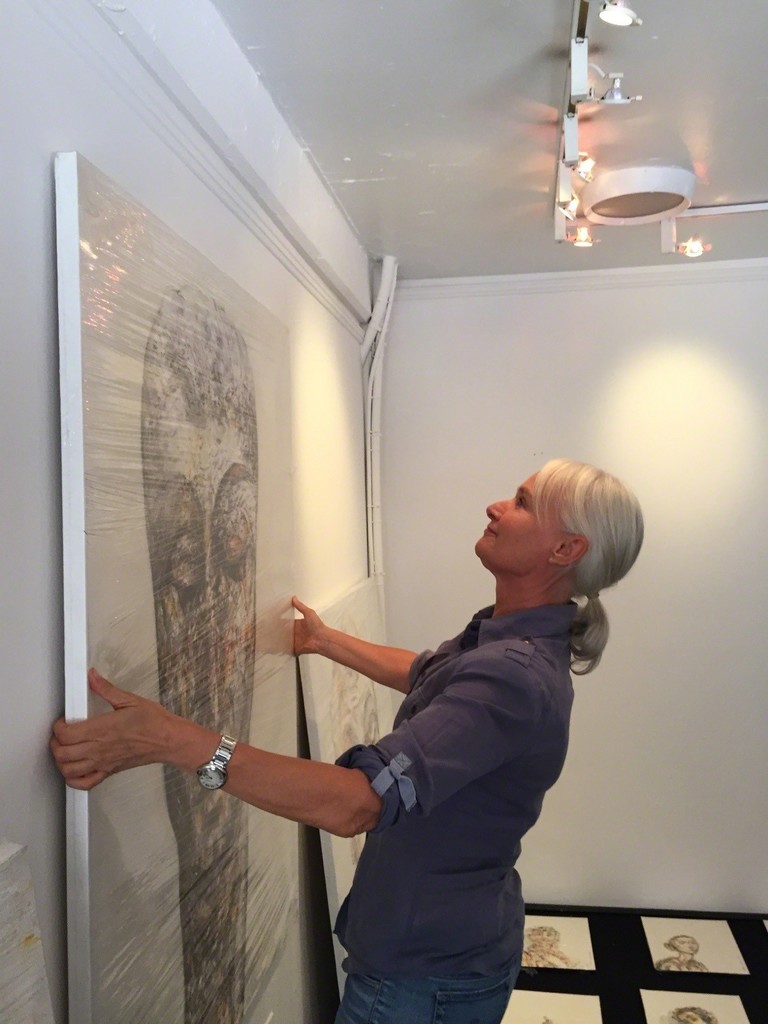 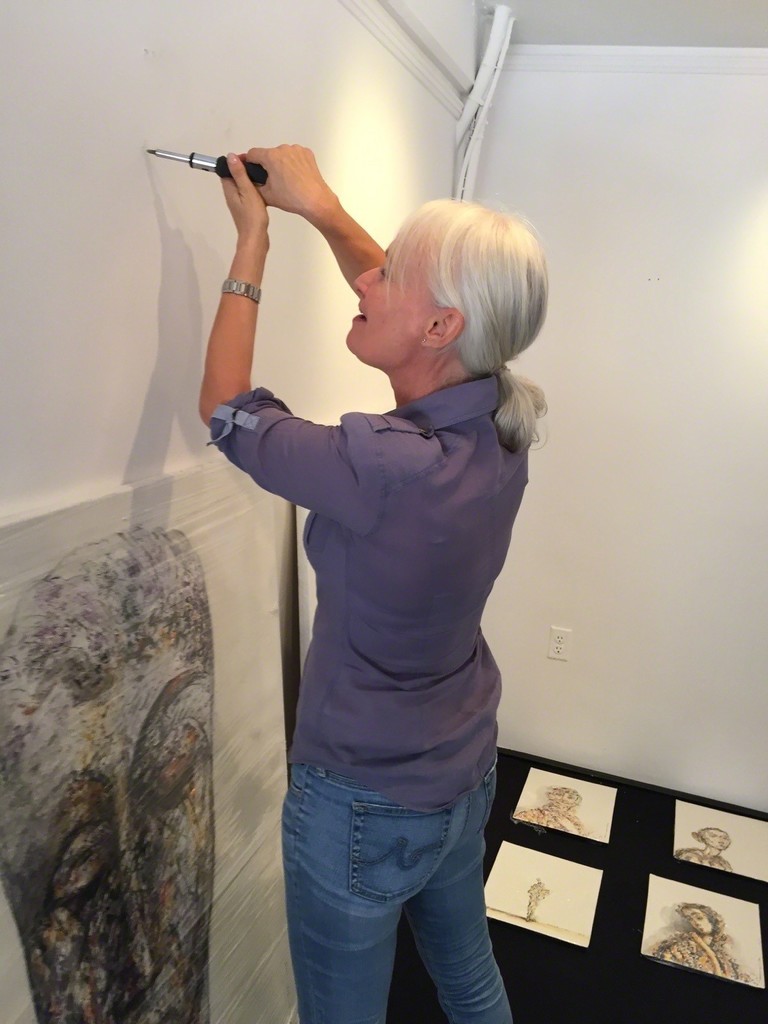 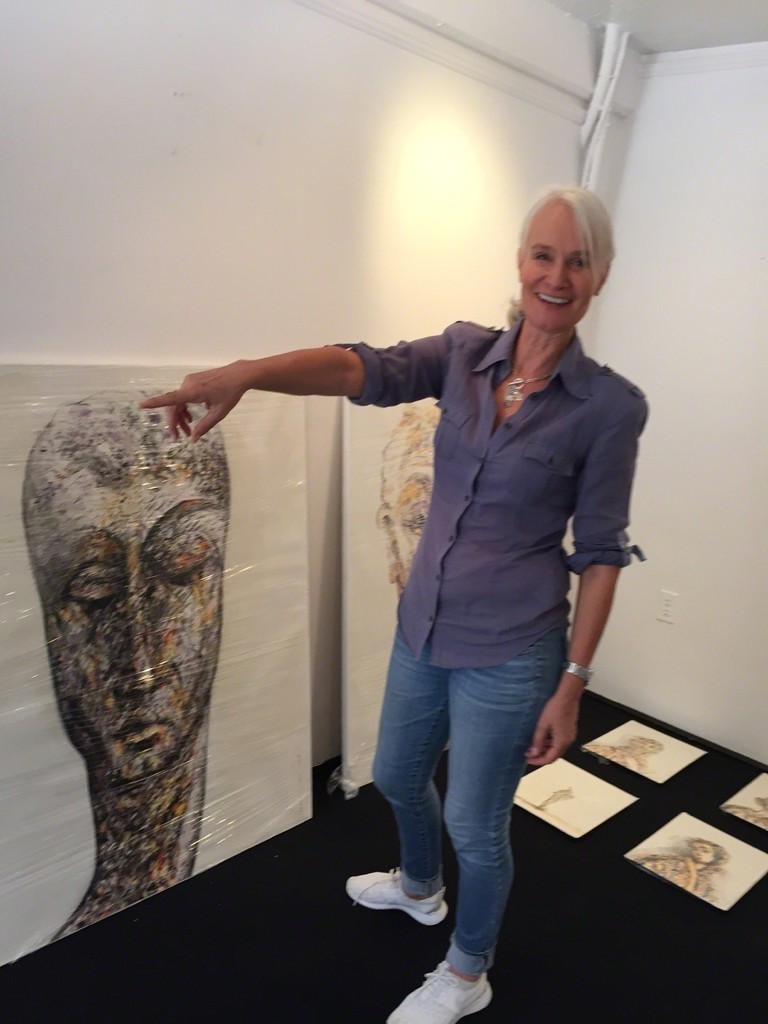 Syra Arts is pleased to present, a solo exhibition for renowned Syrian artist Hammoud Chantout.
Artist Statement: While I was a small child I was bedridden for a long time in our muddy house... in front of me there was a wall covered with white lime... I used to stare at the wall to see pictures for battles, horses, trees and faces; and every day the scene on the wall changes and this was my sole amusement when I was young...
In my paintings, the mural concept is always
present, not only through techniques and
materials, but also in size and subject. The
works in this exhibition depict lonely figures
and faces in empty spaces. They portray a
sense of sadness, of solitude and desolation, and also of purity, sincerity and Sufism. The human figures and faces are depicted either gigantic or abbreviated in mixed layers of echoing colors. They tend to be cosmopolitan, with no specific environment, On one hand they’re open towards humanity and considered as products of an international art, outside of any classification, and on the other hand, they have emerged from ancient traditions and spread their roots into different civilizations They are trans-cultural works, going beyond time and place addressing the senses of all human being regardless of the culture they belong to.
These works, rich in color and artistic elements are neither random nor overcrowded, and aim to give a space for reflection in a world that is familiar yet also imaginary with a vast depth of dimension. My art is not about beautifying the world, but about showing the depth of its dimensions.

Hammoud Chantout was born January 1956 in a tiny village east of Aleppo in Syria. Chantout is the fourth child of a travelling upholsterer, and often as a child held several jobs to help his family financially. He joined the Faculty of Fine Arts in Syria from which he graduated with honors in 1980. He then travelled to Paris where he joined the Beaux Arts National School first as a free studies student then as a regular one till he graduated in 1984.
Painting on all kinds of different surfaces, he transforms realistic subjects into ones of imagination, full of color and light. Throughout the years, the atmosphere in his work has changed from dark scenes embroidered with thin beams of light to legendary scenes full of light scattered with figures. During different stages, his paintings have shown fast movement from one subject to another, as well as from one technique to
another. Chantout has held several solo exhibitions in Syria, the Middle East, Canada and Europe. He currently resides in Lebanon as recent instability has forced him and his family to leave his beloved war torn Syria.
Syra Arts has been promoting contemporary Middle Eastern art and artists in the United States since 2011. The gallery, which represents some of the Middle East’s leading contemporary painters, sculptors, and jewelry designers, strives to give a glimpse of the depth and diversity of contemporary art the region by showcasing work by artists of different generations in a range of artistic mediums.
If you need more information or a pdf version of this press release, please contact Sylvia Ragheb at (703) 9443824, [email protected]