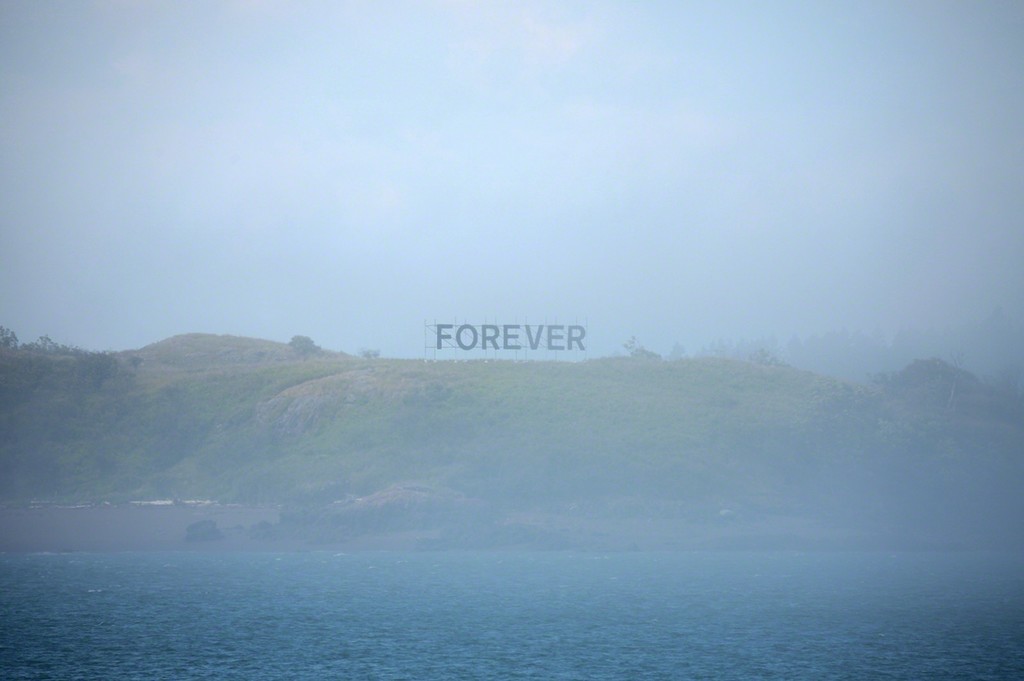 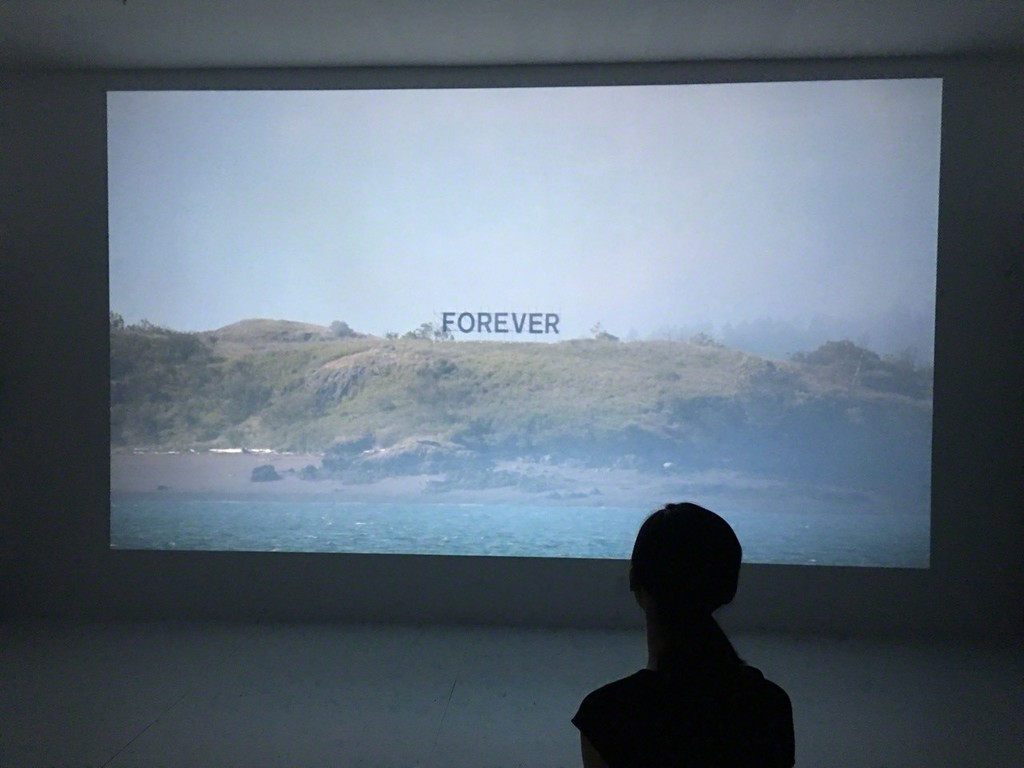 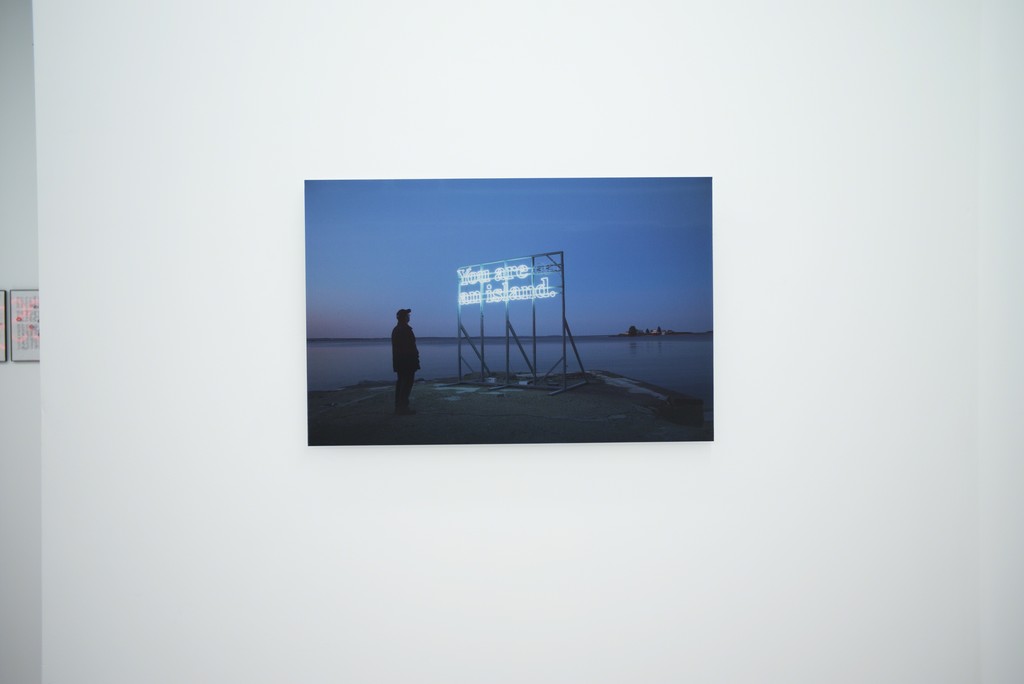 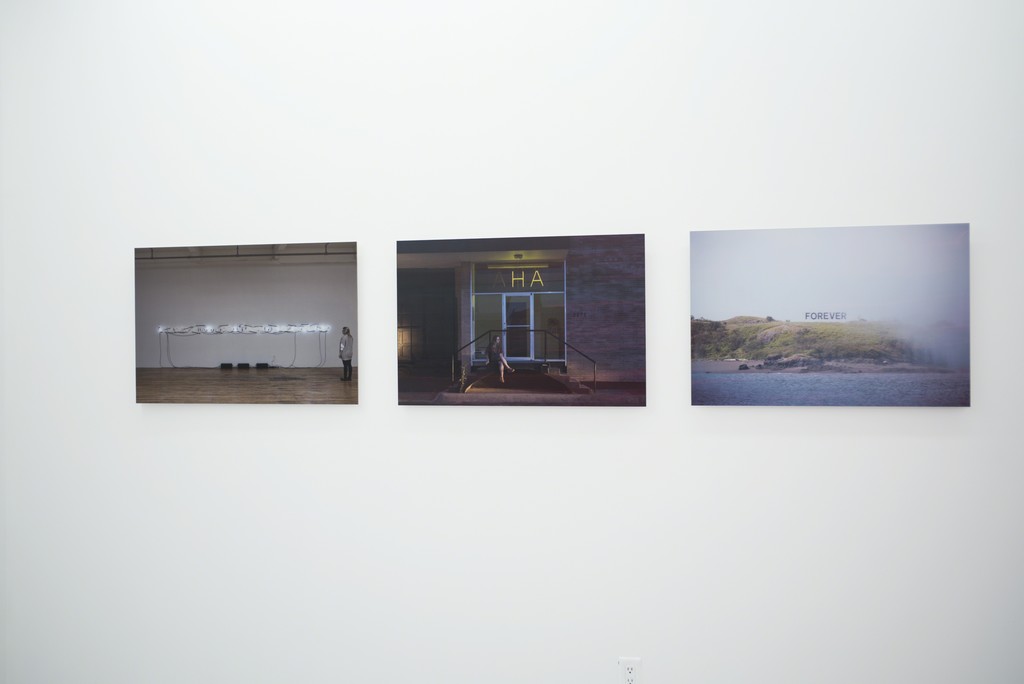 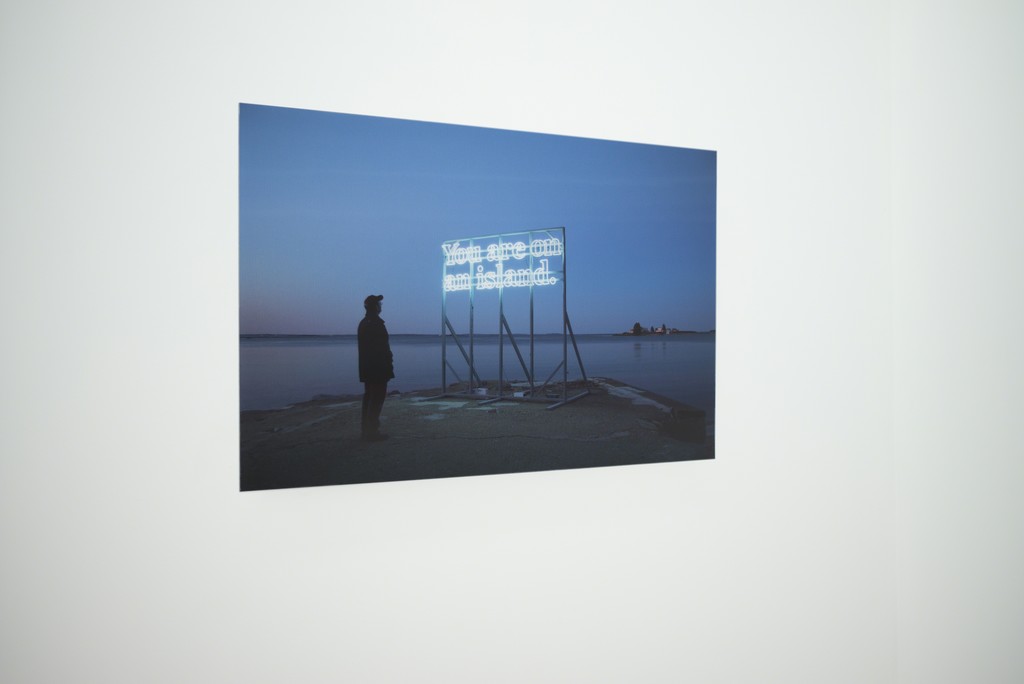 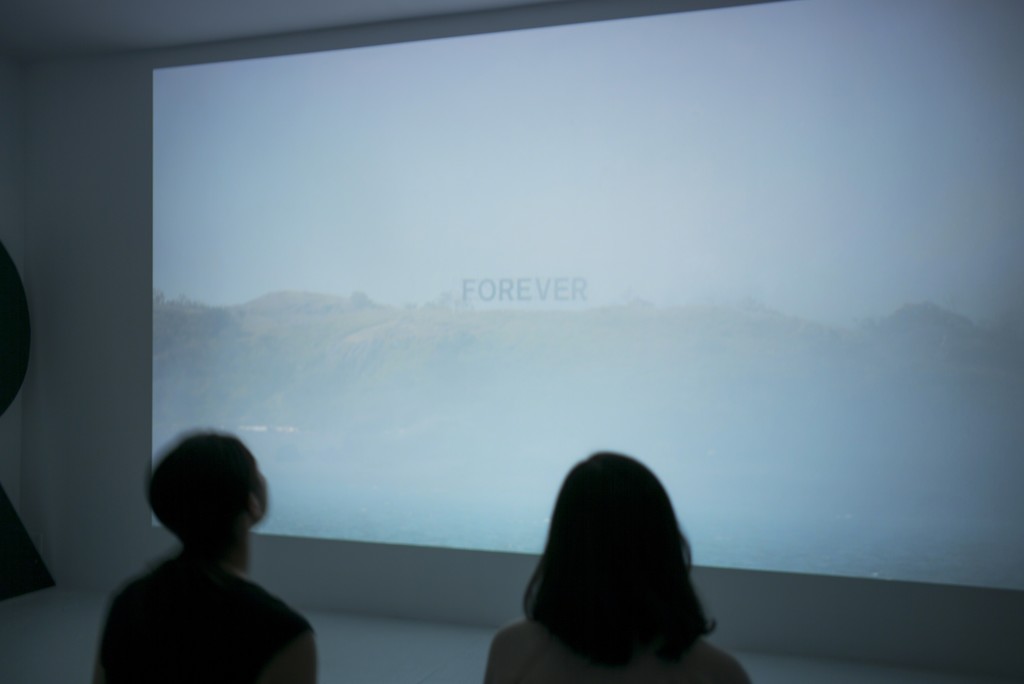 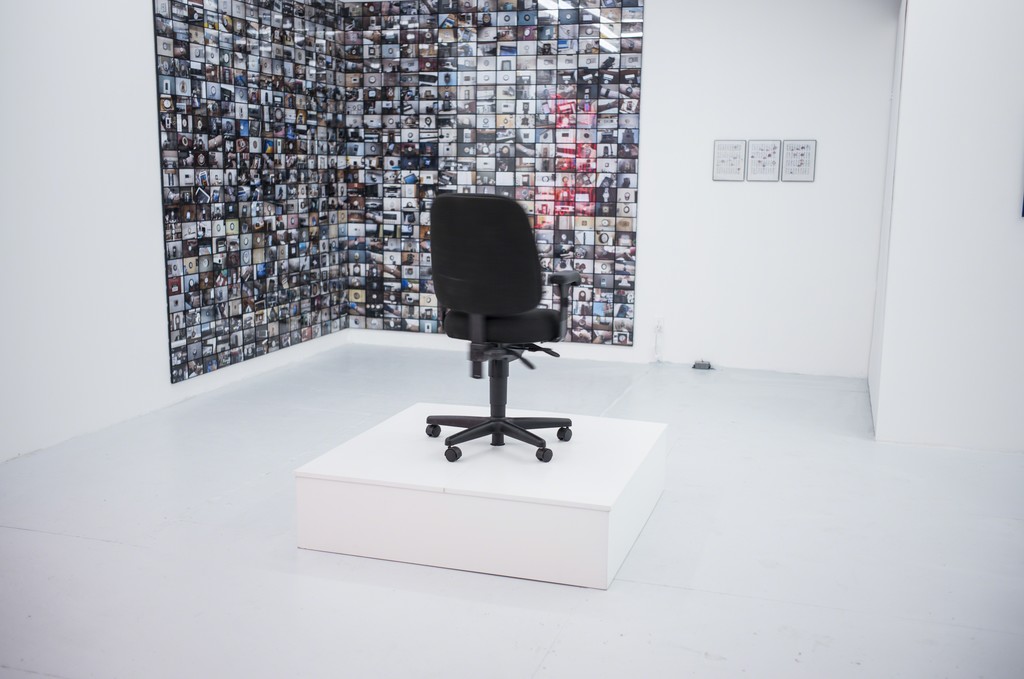 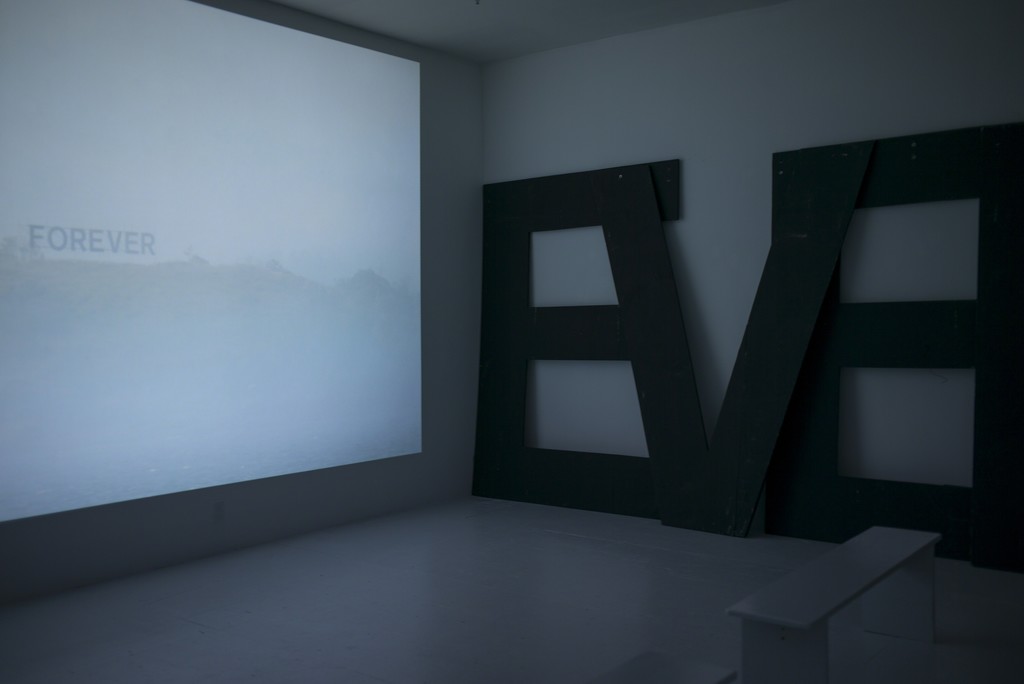 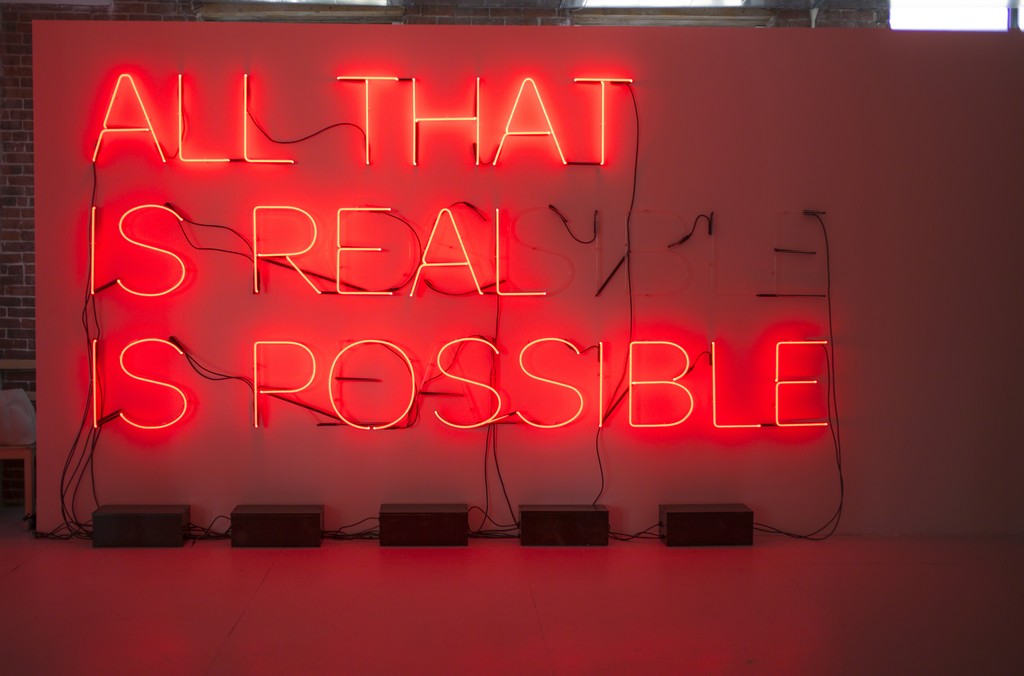 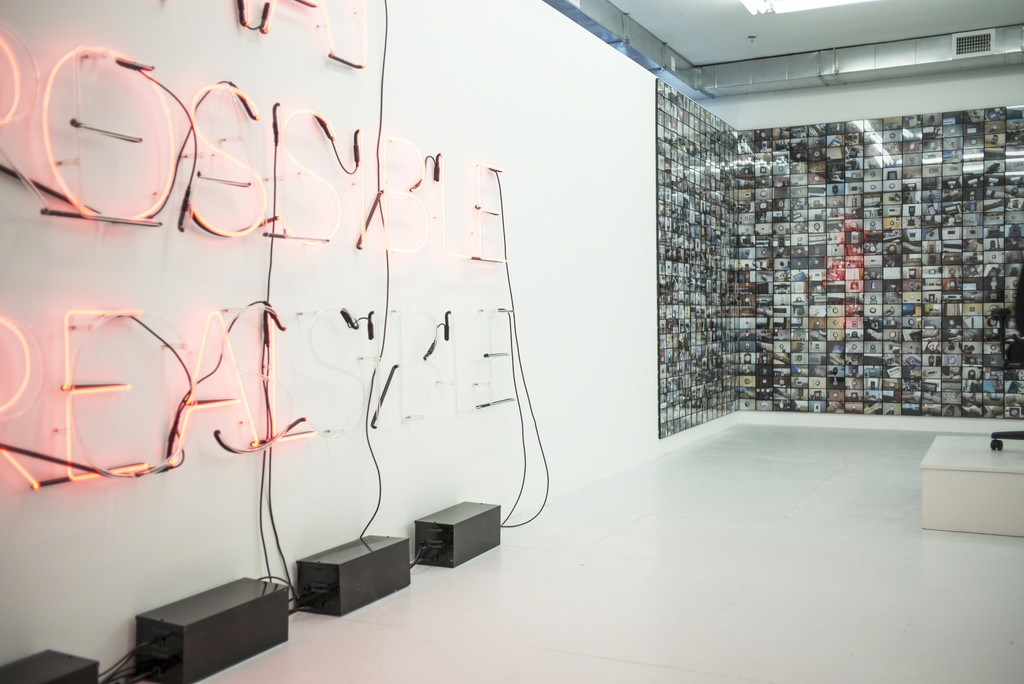 T+H Gallery is pleased to presentPartialVisibility, a solo exhibition of new and recent work by interdisciplinary artist Alicia Eggert. This show includes a range of media: lenticular prints, video, neon and illuminated signs, neon sculpture and projection; her work focuses on the relationship between language, image and time. Eggert’s artwork often moves, changes, deteriorates, and in some cases, even dies. This is her second show in Boston, on view at 460 Harrison Ave, C19 & 20.

Eggert’s art practice and her show, Partial Visibility, are founded on her sense of wonder. Her goal is to create works of art that inspire a sense of wonder in others. Art, religion and science, which are often thought of as opposing, have this really important concept in common. Wonder is both cognitive and spiritual; it’s the curiosity that drives us to learn new things about ourselves and the world around us. Moreover, it’s also the feeling we get when we encounter things that are beyond our understanding.

Eggert’s work is often a personal struggle to reconcile oppositional concepts of time - the linear and finite nature of her own life within the context of a cyclical and seemingly infinite universe. She considers time and language her primary sculptural materials. In Partial Visibility, these immaterial concepts are given tangible forms that can be manipulated both physically and conceptually.

Eggert also coopts and employs strategies and mediums associated with commercial signage and advertising to encourage thoughtful introspection and reflection. Signs serve as indicators or evidence of what is happening or going to happen, that something is not present when it should be. The exhibition’s title, Partial Visibility, suggests the presence of something that we cannot see, the possible occurrence of something we cannot predict.

Alicia Eggert has exhibited nationally and internationally, at venues such as the CAFA Art Museum in Beijing and the Triennale Design Museum in Milan. Her work has been featured in publications such as Typoholic: Material Types in Design and Elements and Principles of 4D Art & Design. Alicia is a TED2013 Fellow and has an MFA in Sculpture/Dimensional Studies from Alfred University. She was an Assistant Professor of Art at Bowdoin College in Maine from 2010-2014, and is now an Assistant Professor of Studio Art at the University of North Texas in Denton. She lives in Denton with her husband, Mike Fleming, and their son, Zephyr.