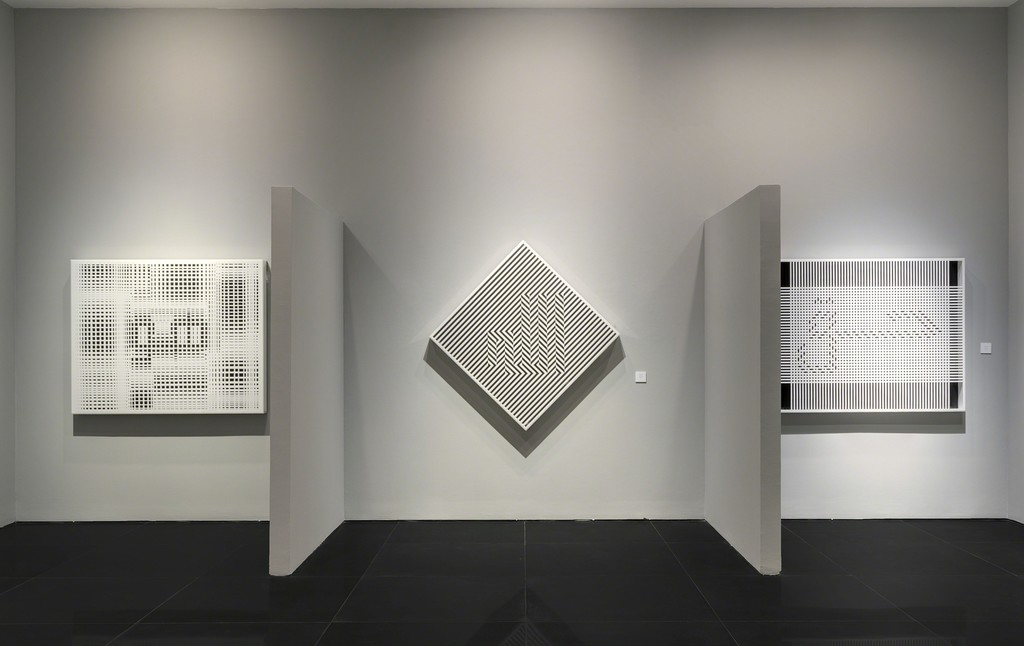 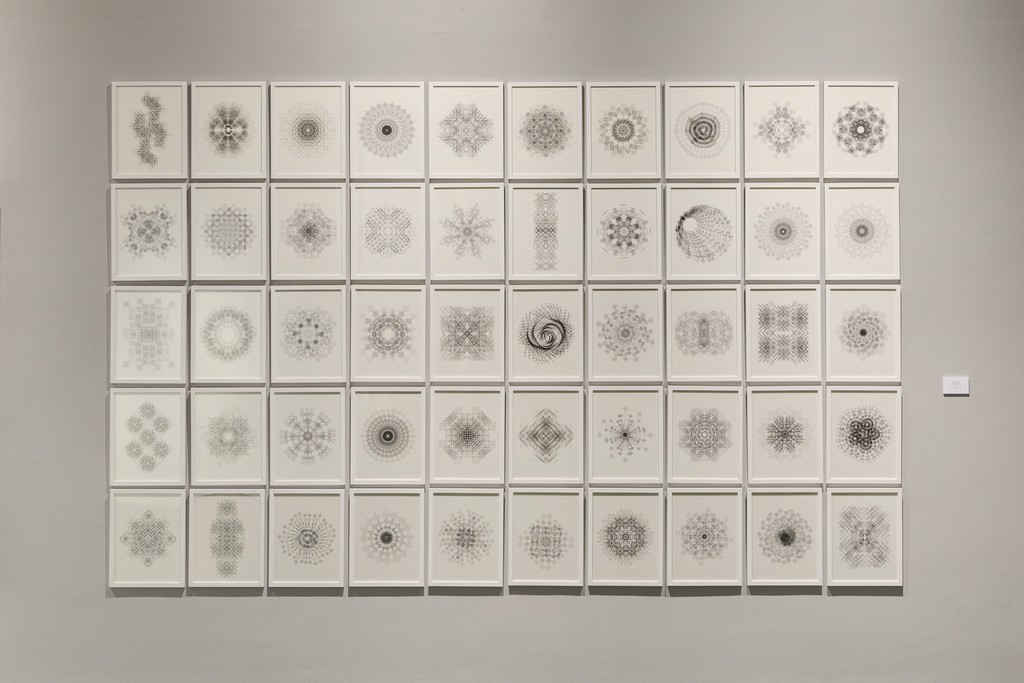 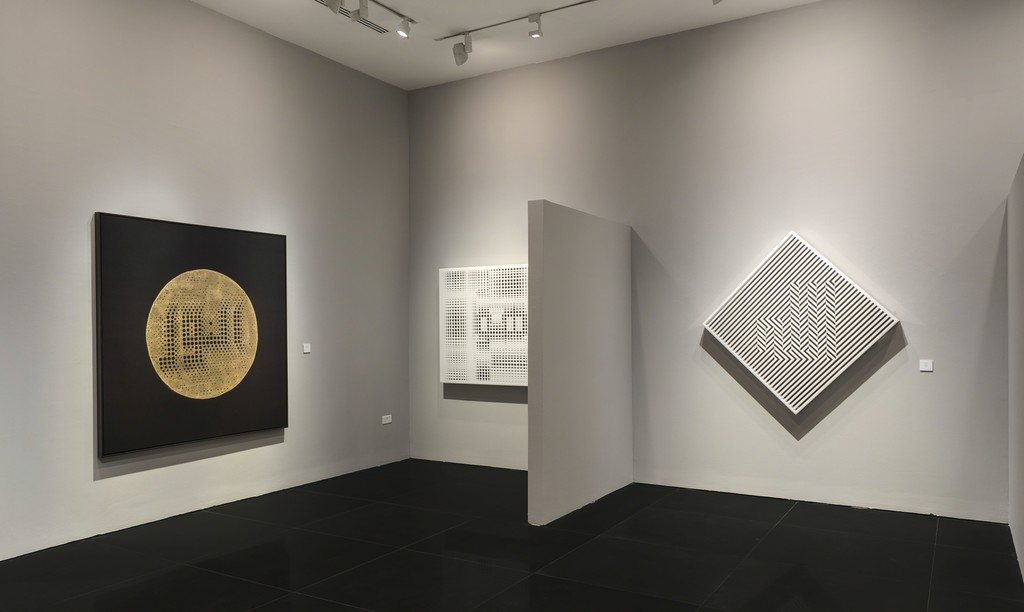 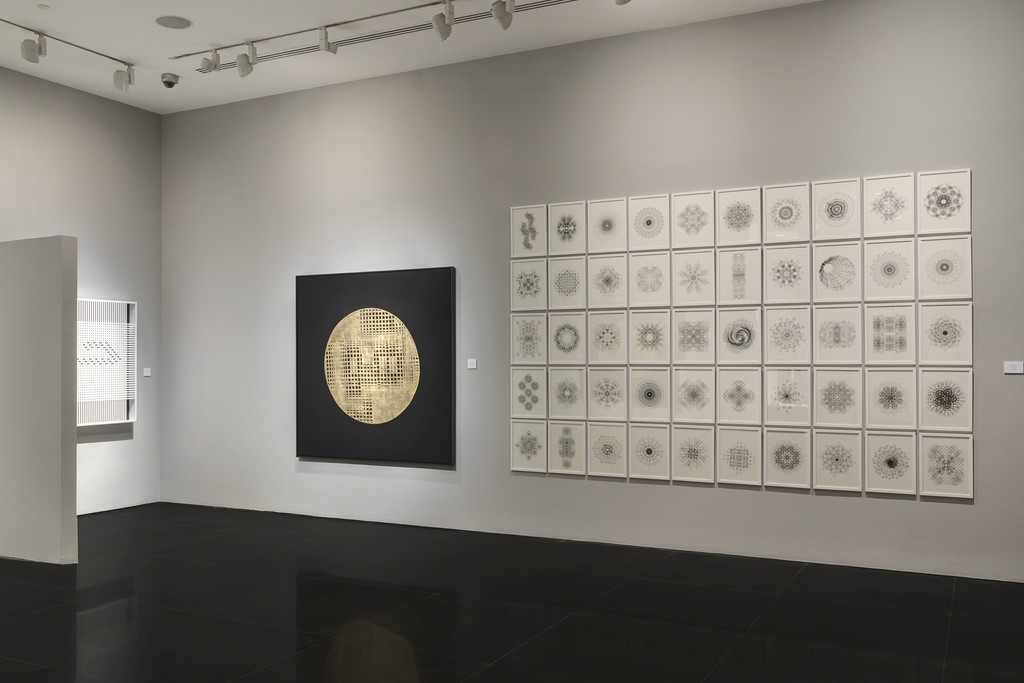 Tabari Artspace is pleased to announce a solo exhibition of new and existing works by the London-based Saudi Arabian artist Lulwah Al Homoud. Beyond The Grid is composed of a selection of abstract artworks which draw influence from traditional Islamic art, synthesising its characteristic motifs with the regular rhythms of calligraphy and geometry, and ultimately deconstructing them to create a new visual vocabulary.
Amongst the works in the exhibition will be several large-scale minimalist pieces that emulate the geometric forms of Optical Art in bold, singular colouring. Alongside these larger works, Tabari Artspace will show 50 silkscreens from Al Homoud‘s series 99 names of God, displayed as limited-edition bound books.
The works, which originated from the artist’s fascination with written language and Arabic calligraphy, demonstrate a drive to break the rules of traditional Islamic geometric designs in order to create new codes where pattern and word become one.
Al Homoud’s work departs from the idea of numbers representing letters, and the Vedic square, a multiplication system based on a 9x9 grid first developed in North India. In her 9x9 works, Al Homoud incorporates this into her artwork but, instead of the traditional numeric use of 1-9, Homoud has used the first nine stages of the creation of man.
By joining the repeating numbers in the grid, a series of patterns begin to form from which Al Homoud creates her designs, going from multiplicity to unity by using the laws of proportion practiced in traditional Arabic calligraphy. Al Homoud employs a mixture of Islamic and Western mathematics to deconstruct arabic letters and create new codes to compose the 99 names of God, and create a series of new and visually exciting patterns.