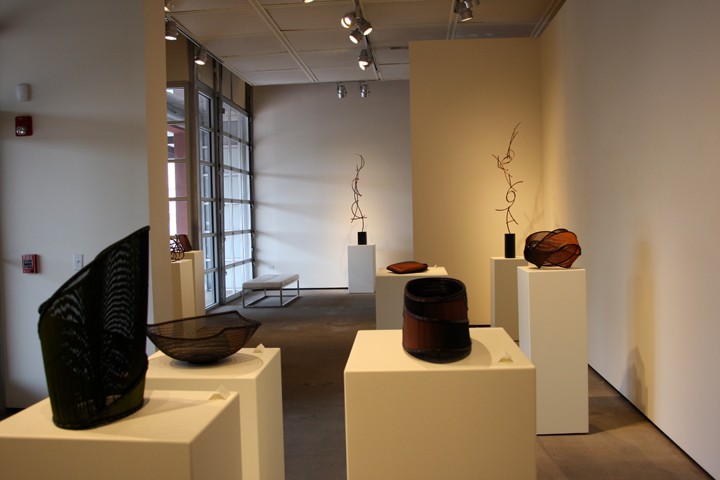 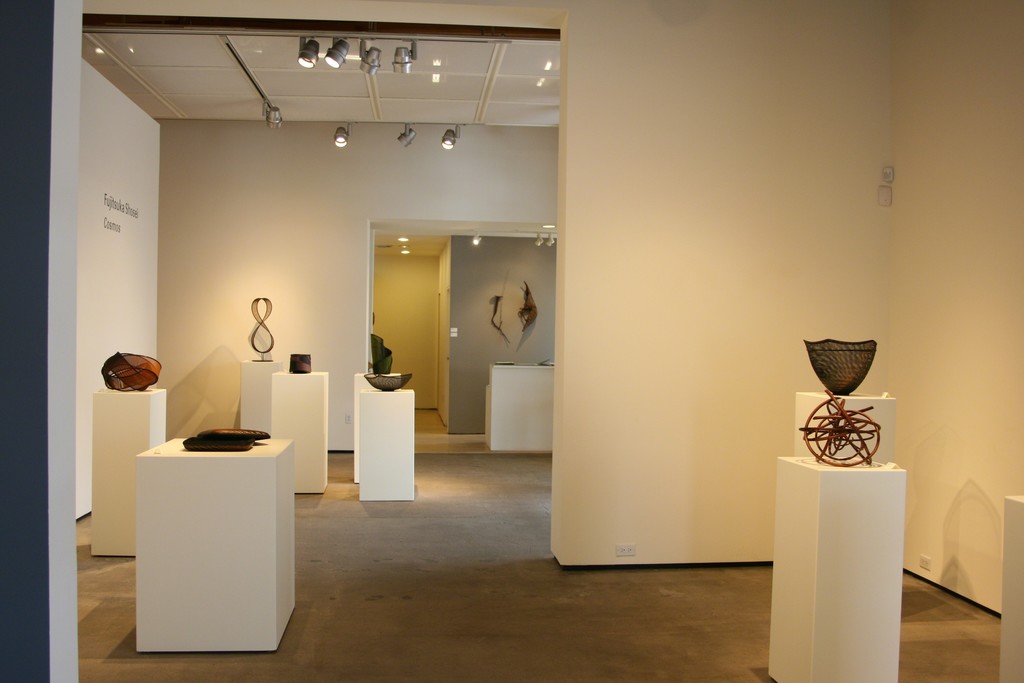 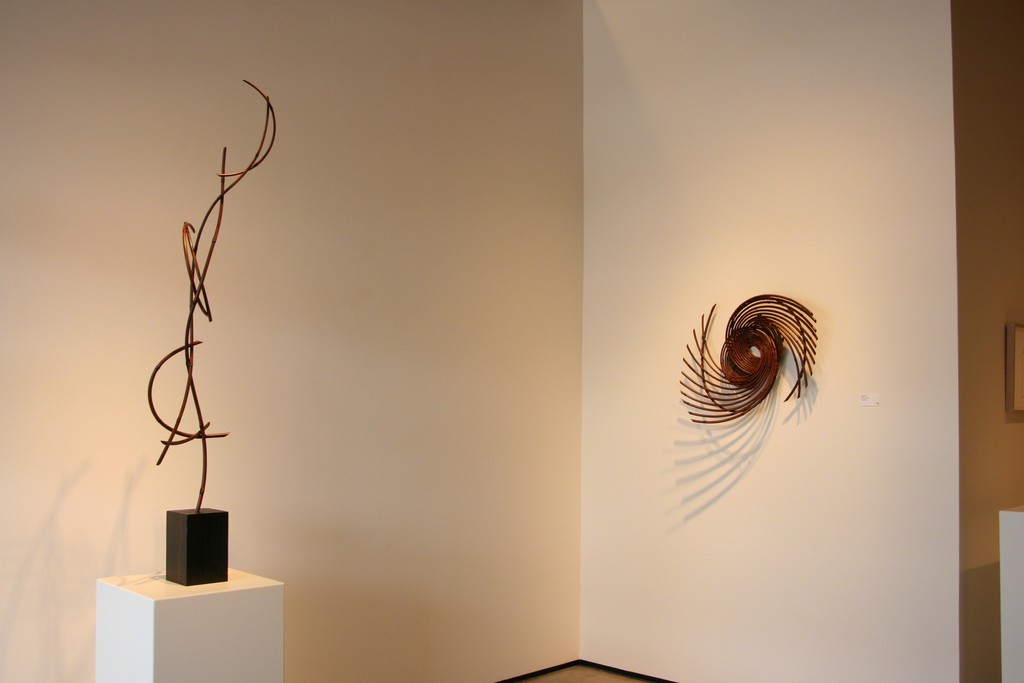 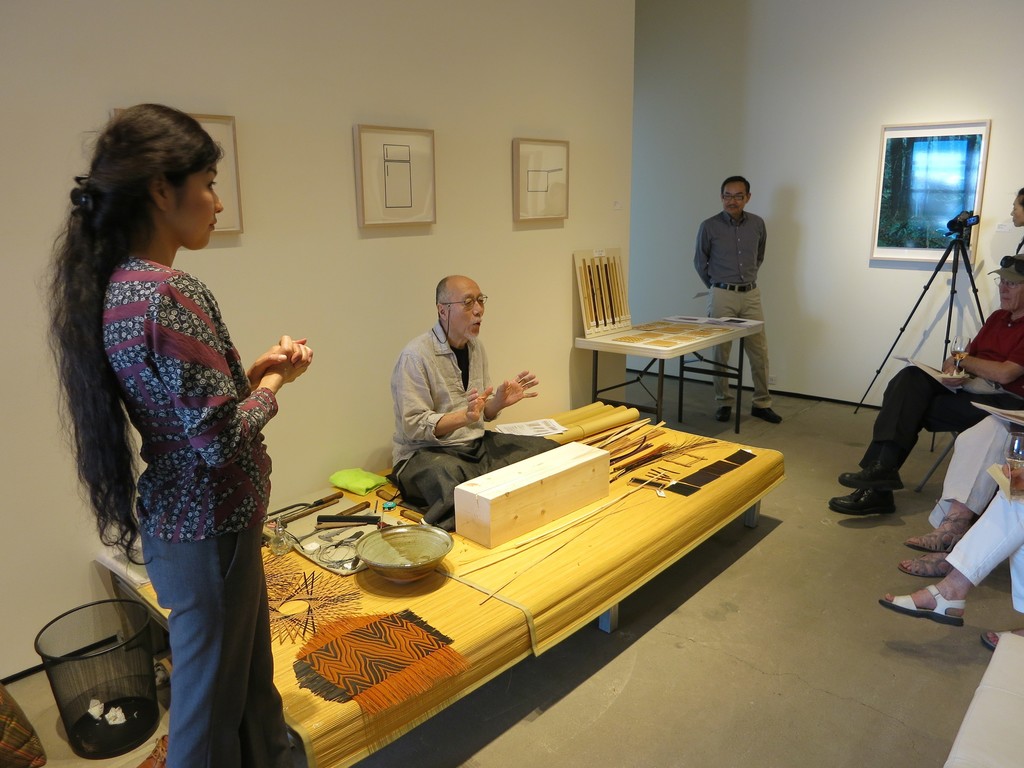 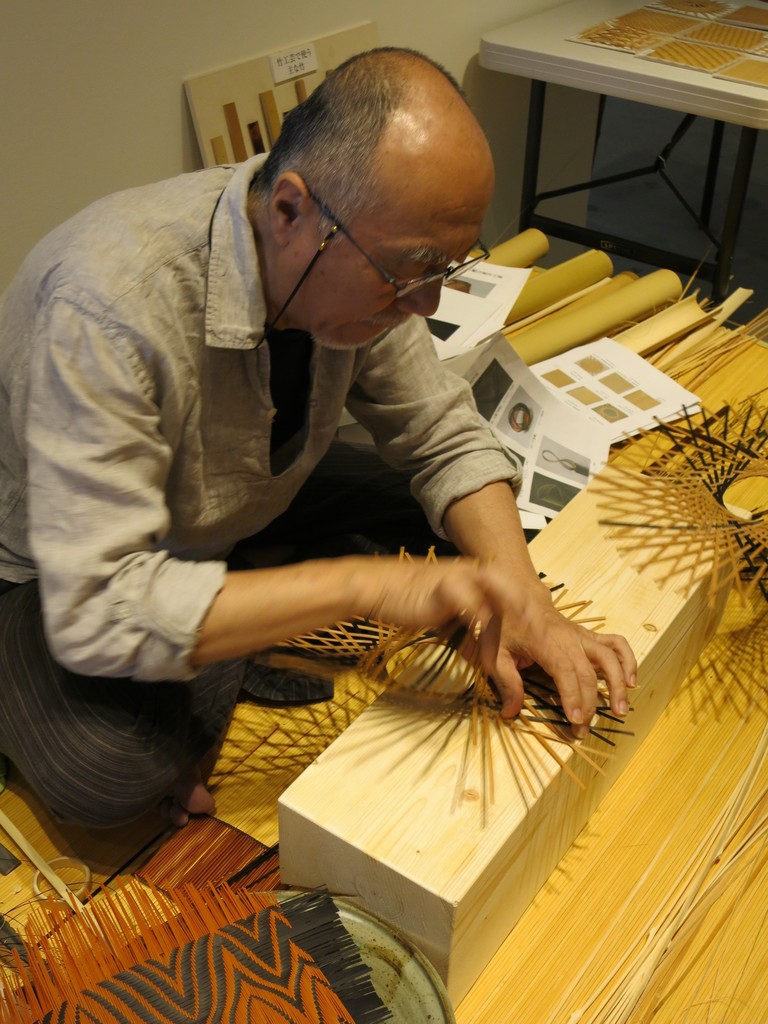 SANTA FE, NEW MEXICO — Eight Modern is pleased to announce its upcoming exhibition, Fujitsuka Shosei: Cosmos.
A visitor to the home and studio of the renowned bamboo artist Fujitsuka Shosei in Oiso, Japan, might be surprised to discover a high-powered telescope installed on the roof. An avid amateur astronomer, the artist’s own photographs of the stellar landscape share space in his home studio with stores of susutake (aged, smoked bamboo) and bundles of bamboo in various states of preparation.

It is therefore not surprising that Fujitsuka should choose to make and exhibit bamboo baskets and sculptures that were inspired by the cosmos. What is astonishing and deeply impressive, is how well he pairs theme and medium – a pairing that could so easily have felt awkward or unbalanced. Only an artist of Fujitsuka’s technical mastery and nuanced creative vision could have married the intangible allure of deep space to the sensual, terrestrial beauty of bamboo.

Many of the works in Cosmos utilize Fujitsuka’s original technique of cutting bamboo strips into triangular shapes, dyeing each face a different color, and arranging them closely in parallel. As the viewer orbits the resulting piece, colors transform and the moiré effect generates a vibrating energy. Anyone familiar with the fugitive, shifting glow of the Northern Lights will recognize the inspiration for Aurora’s cascade of angled green rays. In the open plaiting of Comet and Cosmos, streaks of purple and orange spiral out from the hearts of the vessels like the tails of comets against the night sky. Fujitsuka achieves the expressive lines of sculptures like Galaxy and Stephan’s Quintet by heating hobichiku (smoked dwarf bamboo) over an open flame and painstakingly bending the bamboo stalk into shapes that reference distant galaxies.

Born in Hokkaido in 1949, Fujitsuka moved at the age of seven with his family to the seaside town of Oiso, where he still lives today. After high school, he worked for a record producer and a company that serviced optical equipment. Unhappy with the restrictive corporate environment, the artist longed for a more fulfilling career. In 1972, he quit his job to begin an apprenticeship with Baba Shodo, a pioneer of sculptural bamboo art. For the next 21 years, as he honed his craft, Fujitsuka supported himself and his family by making bamboo lampshades. Winning the Superior Prize at the Traditional Craft Arts Exhibition allowed him to devote himself fulltime to making art. Fujitsuka has been honored with television appearances, prizes, and solo and group exhibitions in Asia, Europe, and the United States. His work is in the collections of the Asian Art Museum in San Francisco, Boston Museum of Fine Arts, Philadelphia Museum of Art, Japanese Agency of Cultural Affairs and the Japan Foundation.