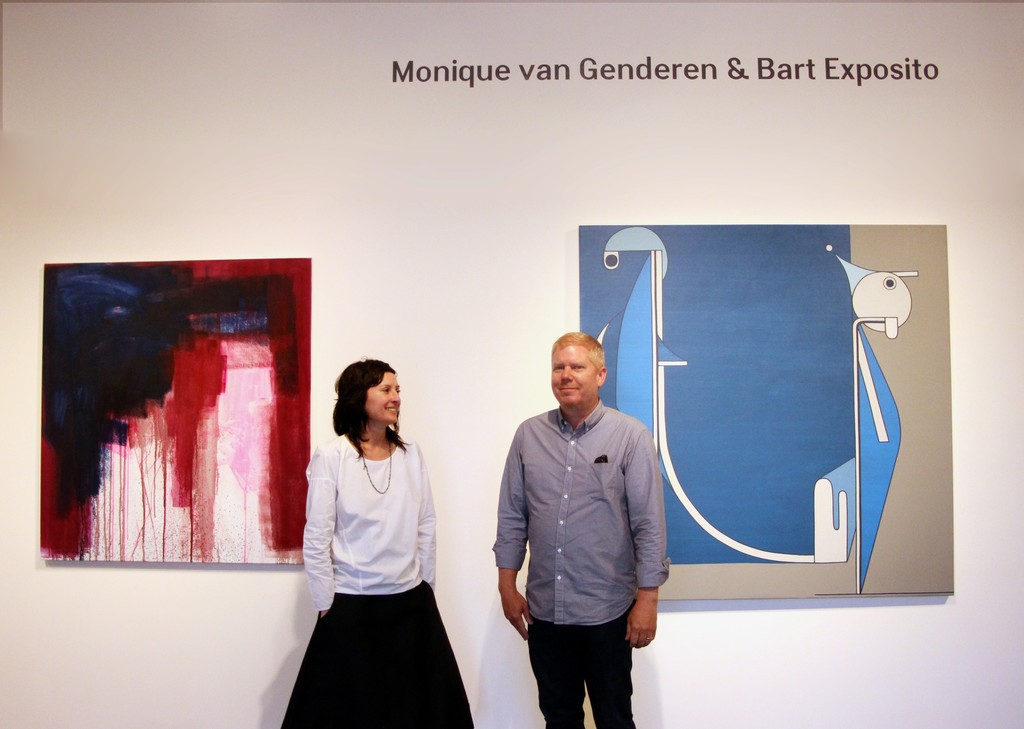 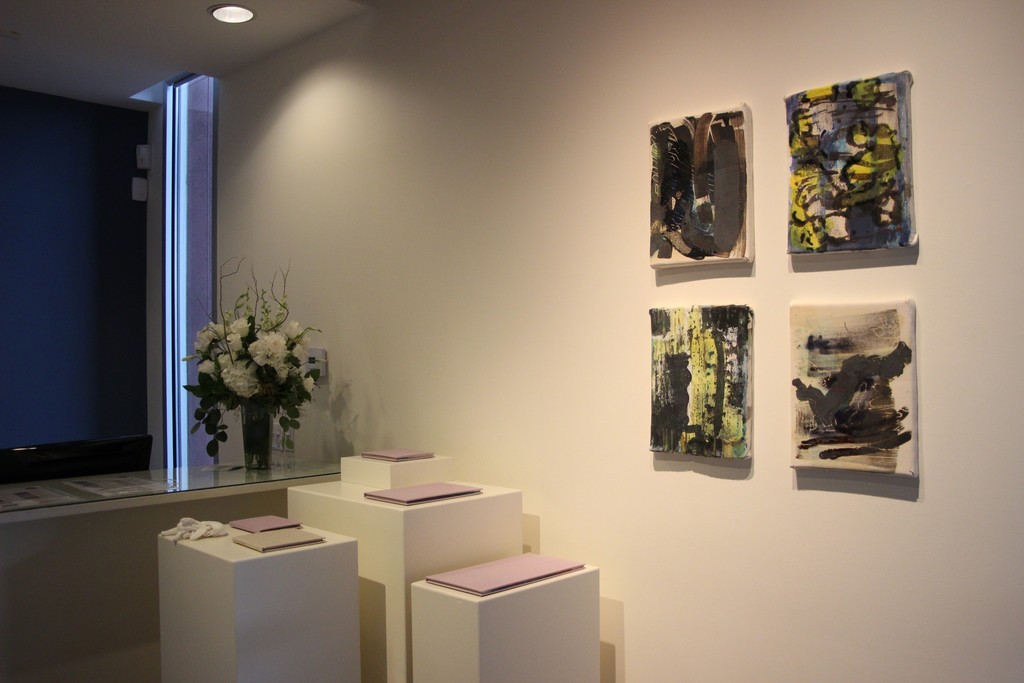 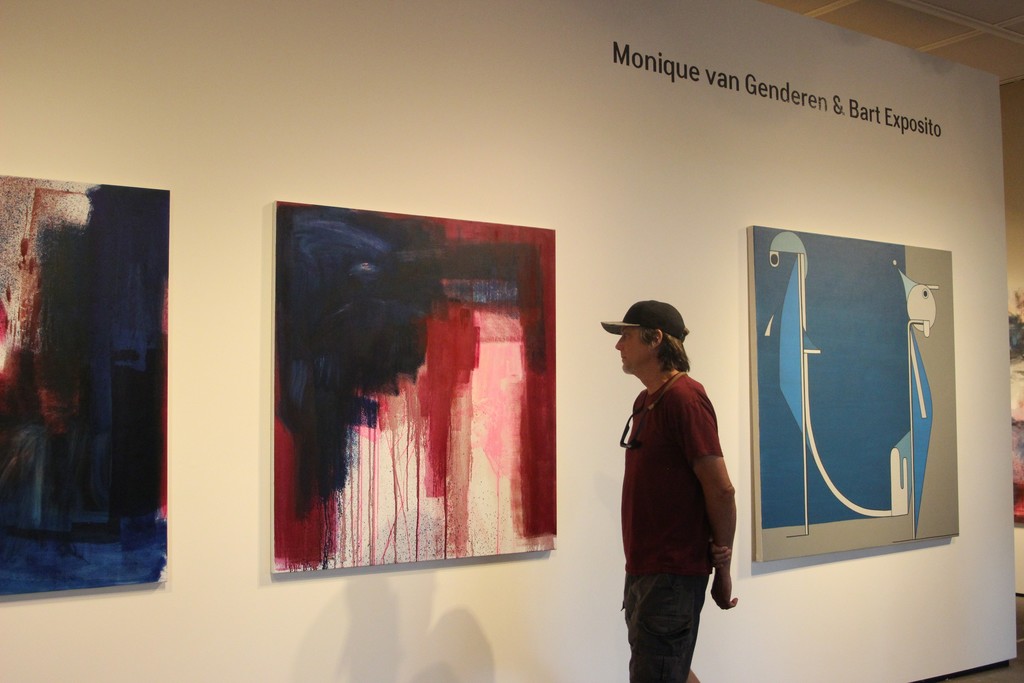 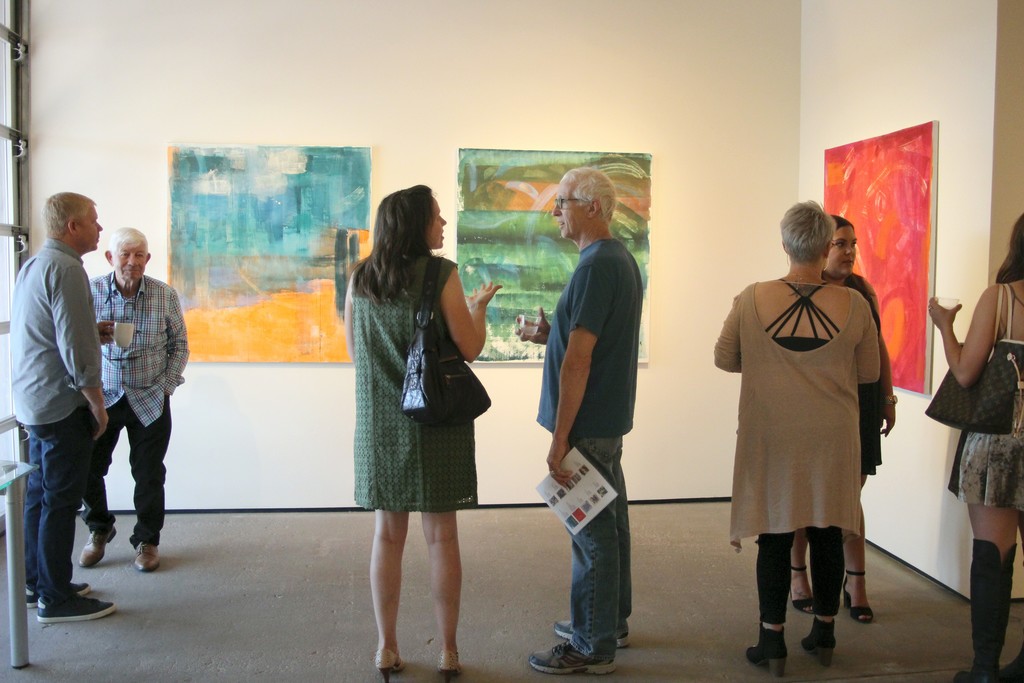 TAI Modern welcomes back LA’s Monique van Genderen and introduces current New Mexico resident, Bart Exposito, for a two-person show of contrasting but complementary bodies of work. In this exhibition, the artists, former colleagues from the art department at UCLA, probe the possibilities and boundaries of contemporary abstract painting.

Since her last solo exhibition at TAI Modern in 2014, van Genderen has continued to experiment with techniques and materials, such as wax resist, egg tempera, watercolor and ceramic glazes. The artist explains “I have been trying to undo structure in order to get at the underpinnings of the conceptual mode of painting. I have experimented with materials in order to unravel ‘ideas’… I have seen myself as an artist very concerned with breaking away from traditional approaches to painting.”

In sharp contrast to van Genderen’s bold brush strokes and unpredictable compositions, Bart Exposito’s works are characterized by refined lines and a restrained palette. The artist flirts with the boundaries of abstraction by using forms, reminiscent of hieroglyphics, that tease the viewer’s eye with suggestions of figures or faces.

Exposito’s recent work has become less flat and graphic and embraced a range of warm brown tones and shades of blue – changes he attributes to his relocation to New Mexico from LA. “Painting and the language of painting can occupy a space inherent to its own surroundings… creat[ing] a personal, idiosyncratic, and nuanced body of work that could not have been produced in any other environment than New Mexico itself.”