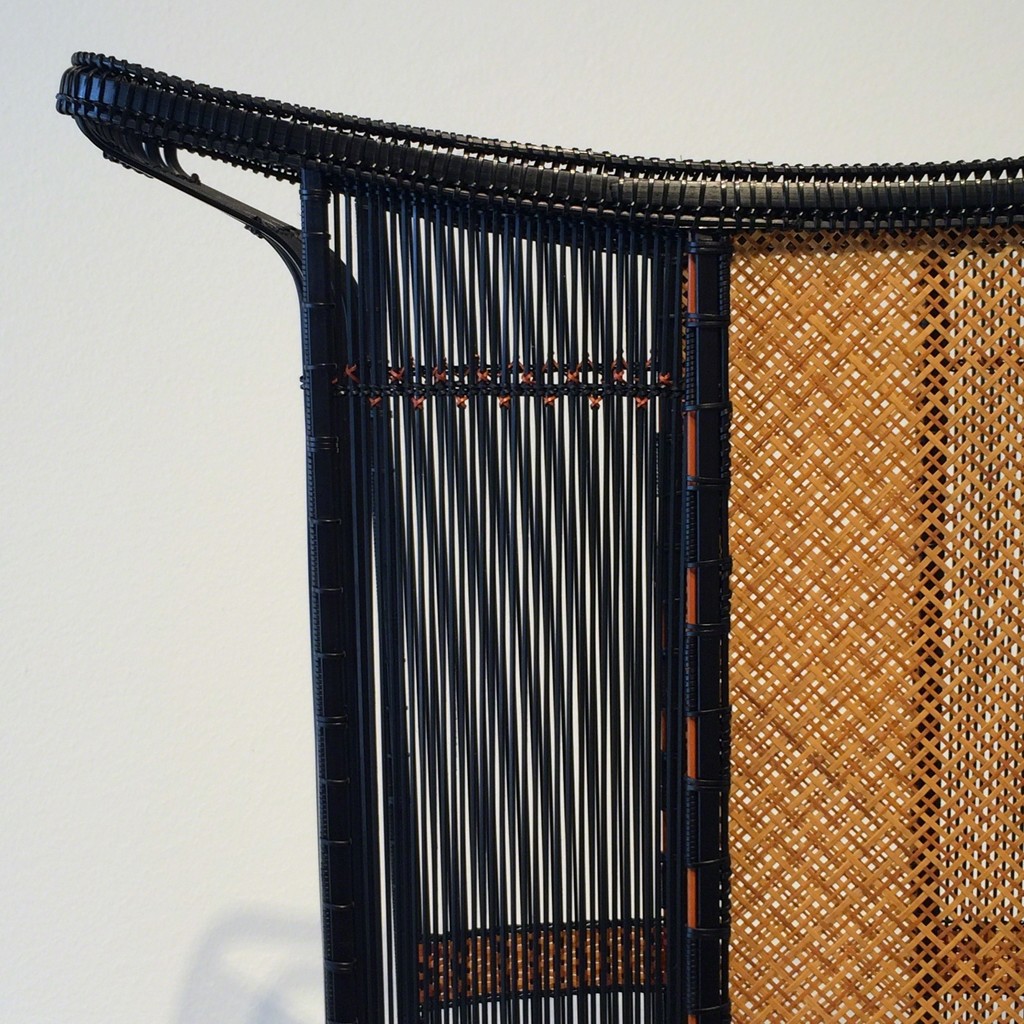 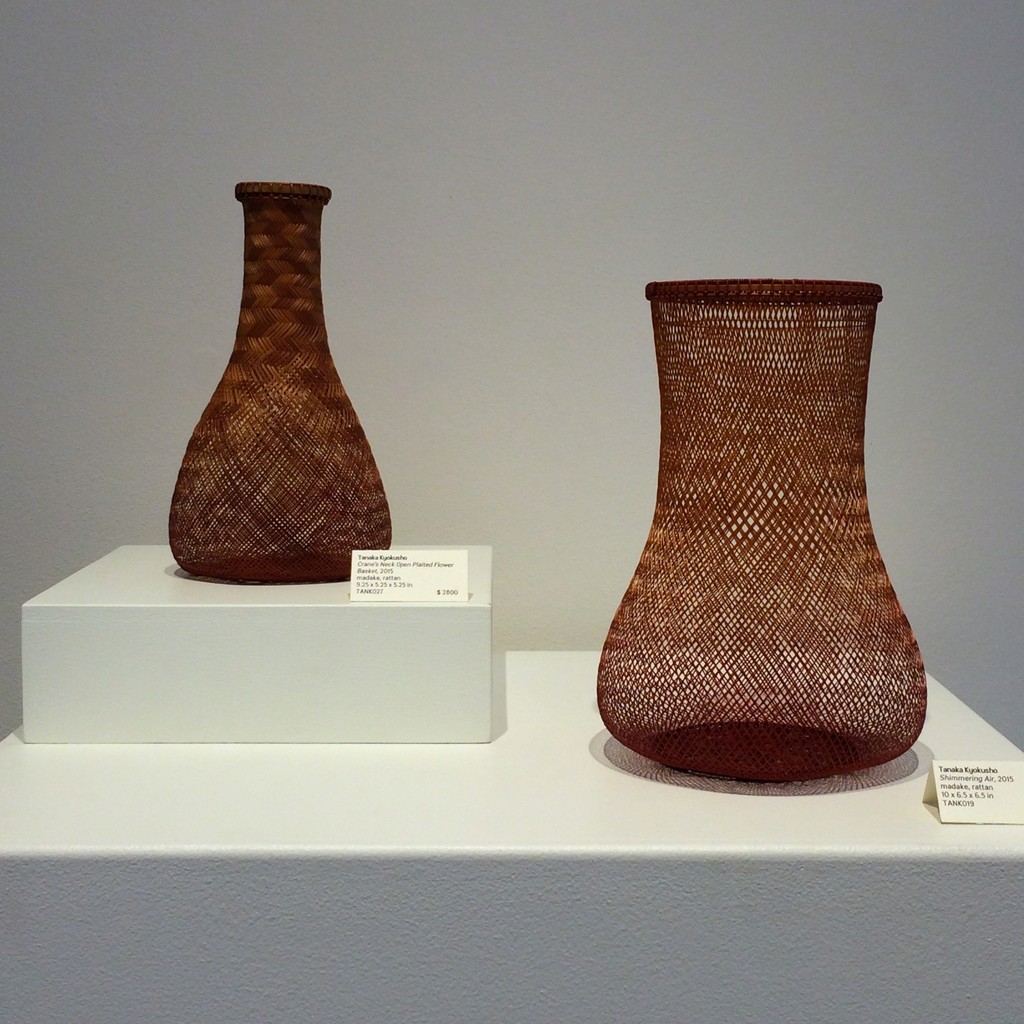 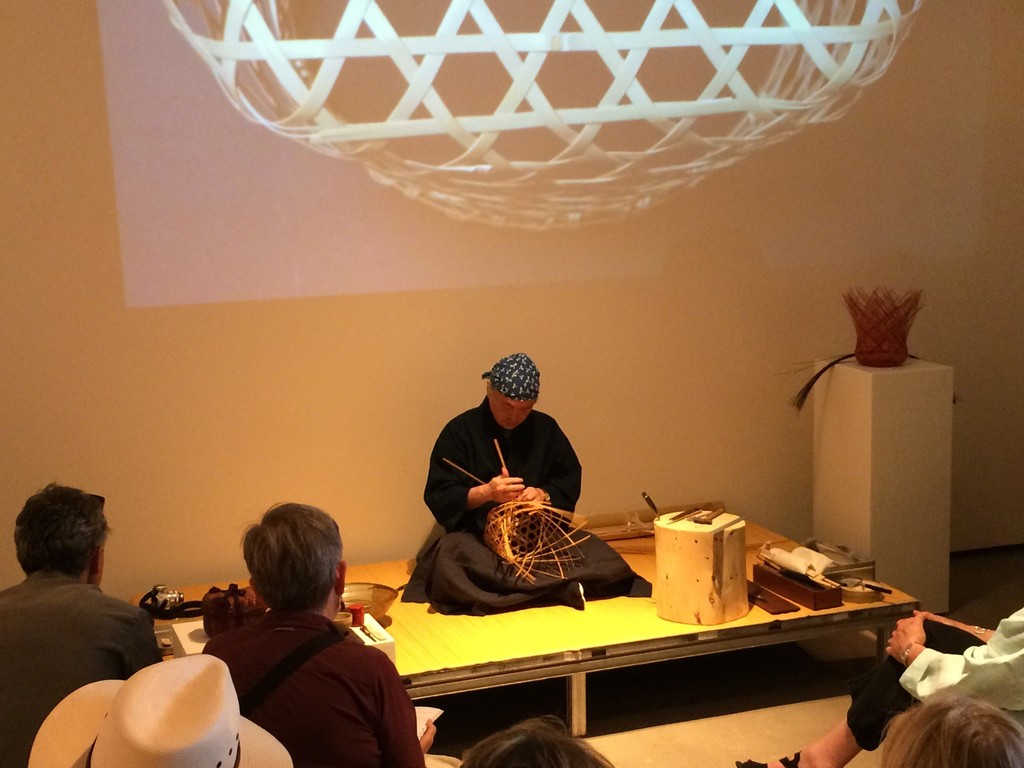 SANTA FE, NEW MEXICO—TAI Modern is pleased to announce its upcoming exhibition, Tanaka Kyokusho. This will be the artist’s second solo exhibition with the gallery.

A variety of minimal forms, including trays and vessels, reflect a subtle geometric impulse that is softened by supple curves and accents of dexterous plaiting. Throughout this body of work, aesthetic tension—between light and dark colors, between elegant forms and ornamental patterns—echoes the structural tension of the bamboo architecture.

The artist uses black as a foundation color throughout his work to serve as a point of contrast with amber accents. These colors are derived from natural sources, including turmeric, alder, safflower, gardenia and sappanwood. The striking contrast between gold and black creates a play of positive and negative space, which Tanaka likens to the cadence of musical compositions:

“I like to use the metaphor of sound that is created by the Japanese guitar called shamisen. The deep sounds of the shamisen gradually disappear and create a pause in the music, but this pause, without any sounds, is also part of the composition.” Tanaka’s poetic use of color, combined with his airy open weaves, emphasizes balance, proportion, and the beauty of open space.

Tanaka is one of the most well respected creators of bamboo art alive today, and has received a multitude of awards and accolades. In 2008, he was awarded the Purple Ribbon for Lifetime Achievement in the Arts by the Japanese Congress, presented by the Emperor of Japan. Returning to Santa Fe for the first time since his solo exhibition in 2005, the artist will also offer a special gallery demonstration of his refined process and masterful technique.
TAI Modern is open Monday through Saturday from 10:00 a.m. to 5:00 p.m. For further information and image requests, contact Lauren Tresp at (505) 984-1387 or [email protected]. Interviews with the artist can be arranged via translator.