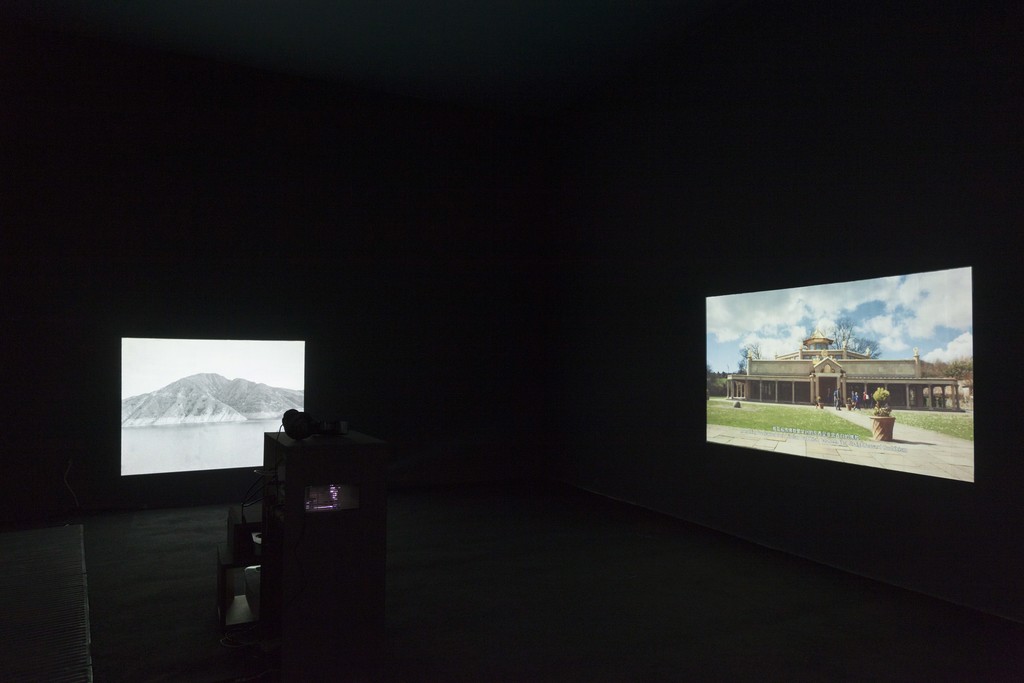 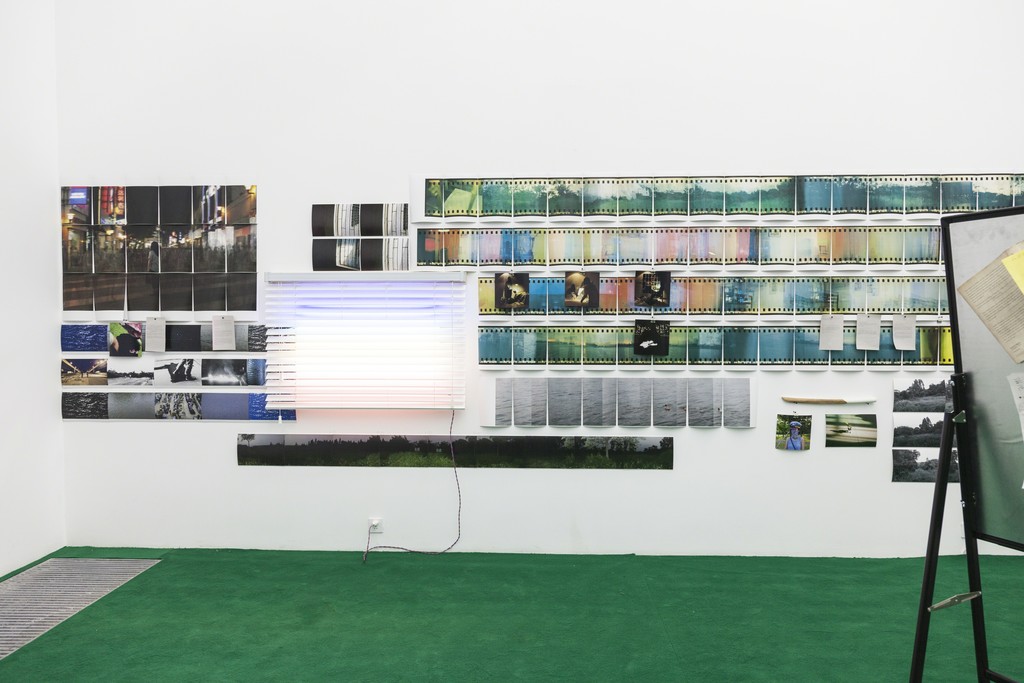 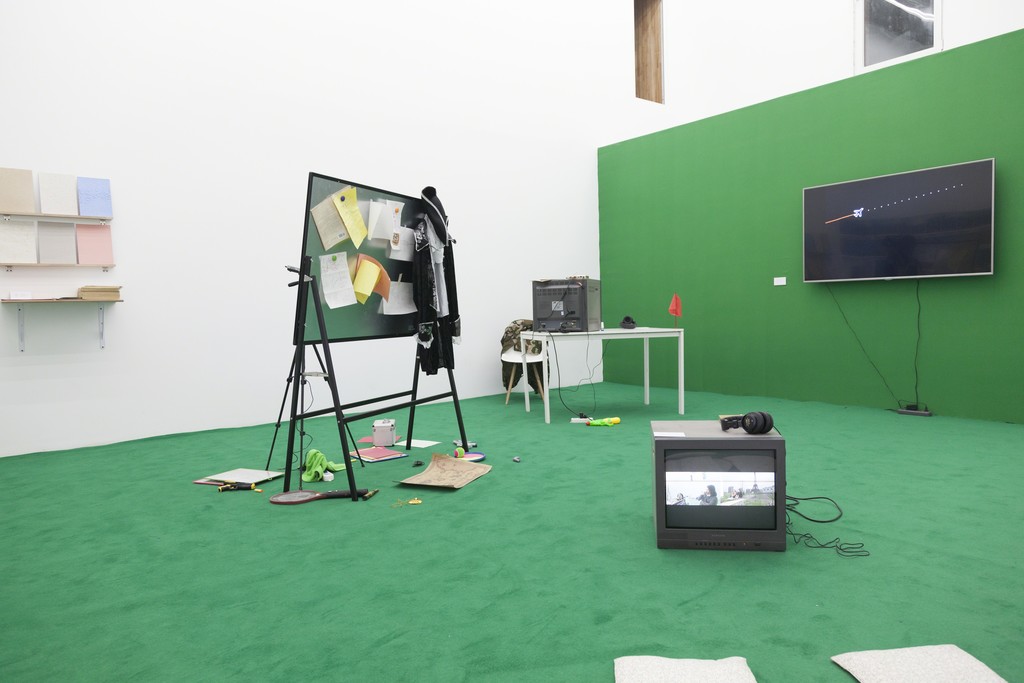 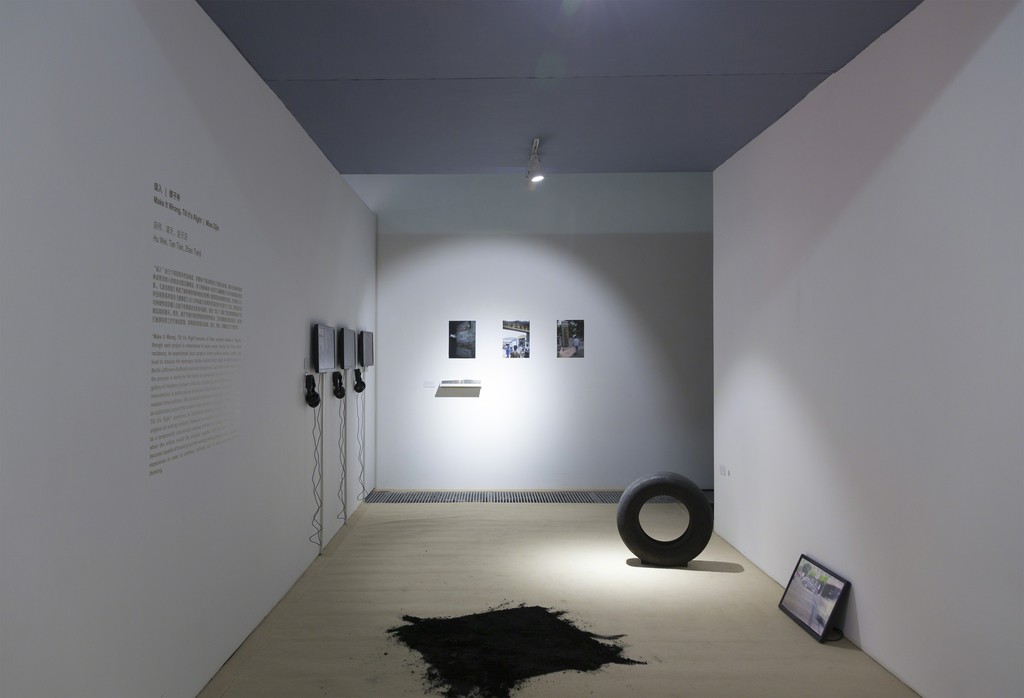 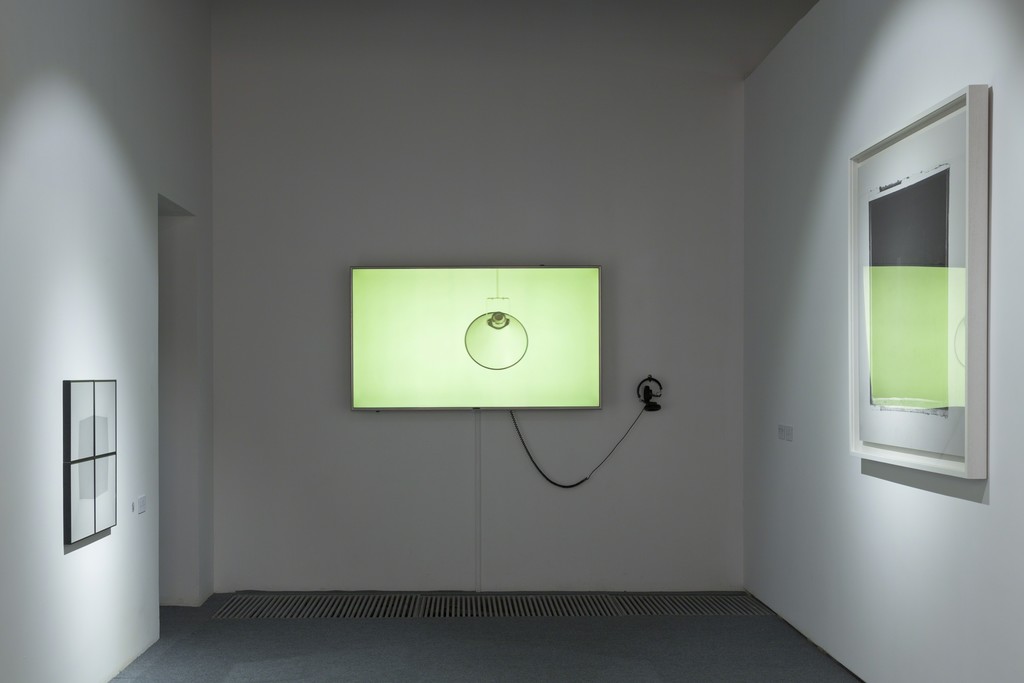 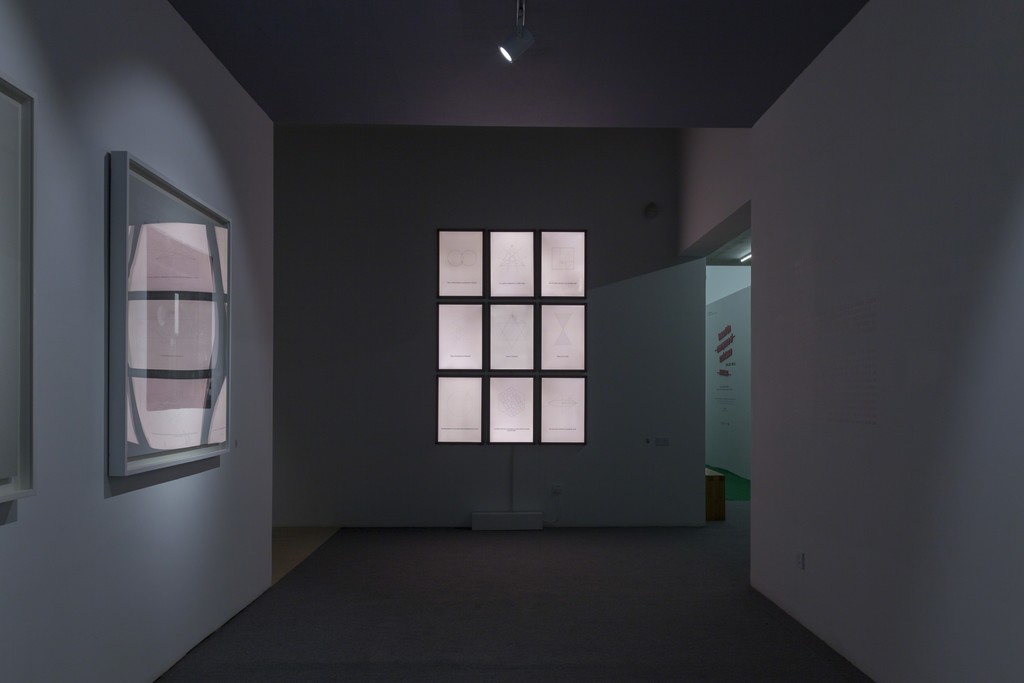 “Toward the Emergence of Resistance” is a group exhibition co-curated by four young curators Yuan Fuca, Miao Zijin, Jo Wei and Yao Mengxi, who are all currently dedicating their careers to independent curating and art criticism. In this exhibition, each curator is in charge of a singular unit, while through the negotiation and discussion among the curators, the four different yet related units are activated and displayed under a common framework. Different from the traditional thematic exhibitions with clear clues and ordered contents, “Towards the Emergence of Resistance” has less limitations for both the curators and the invited artists, aiming to absorb more various layers, stronger and subtler expressions, more focused yet more flexible strategies, and merge them with the passion and curiosity as well as a reflective attitude towards curating. Compared with individual curated projects, the four curators working as a team have a common faith and bear the mutual understanding, communication and collaboration with one another. There is no necessity for them to show an absolute consensus, what they need is the encouragement from one another. They are aware of what the other ones are doing while without intervening in the work of the others. In the process of their own work being put forward through rounds of discussions, the outline of the whole exhibition is gradually emerged as well. “Towards the Emergence of Resistance” is actually a resistance shown through the practice of the young generation, a resistance against the repression of individuality caused by collectivism and the consuming of life resulted from outmoded conventions.

In the unit ‘Disarming Charm” curated by Yuan Fuca, she invites three video artists – Lin Jiayue, Shen Xin and Yang Luzi – to reveal the performativity of knowledge (aesthetics, body and affect) from the dimensions of geo-psychological and time-space dichotomy as well as paradigms beyond language. The title, “Disarming Charm”, implies a possibility to repairable reading and the potential of art to share and renovate the world. Miao Zijin constructs her unit “Make It Wrong, Till It’s Right”with three project-based artworks created by Hu Wei, Tan Tian and Zhao Tianji respectively. The three artists explore the similar theme with high reflexivity via disparate language and media: what effects will interventional individual behaviours have on the original context of production? Will there be intensified queries and criticism, or more experiments, tests and even divorce from one’s original thinking? Focusing on the trans-boundary crossover between art and science and embracing a future-oriented research path, Jo Wei named her unit as “The Eye of Representation”. Jo Wei is familiar with the scientific epistemology, philosophy of science and biological art, which enable her to work fluently among complex media and multidisciplinary fields of art. The three artists that she has chosen – Wu Ding, Ren Ri and Liu Guoqiang, all enrich the ways to construct representations through different language forms and perceptual logics. Yao Mengxi considers her “Emergency Action” as an urgent calling, gathering Ce Zhenhao (Guangzhou), Tang Chao (Shanghai) and Zheng Yuan (Chicago) to conduct a series of wandering and prospecting in Caochangdi, where Taikang Space locates, within one week. The artists aim to physically experience and explore an unfimiliar region, to collide and measure the gap between action and reality, and to discover new means of production and connection among subjects by a kind of collaboration which is active and respects the independence of the individual.

Taikang Space has been concerning about the young art generation for a long period, continuously encouraging and supporting the new power of art creation and research. In 2009, Taikang Space launched its “51 m²” project which is the pioneer of its kind. Most of the young artists who participated in this project have insisted and continued to explore the field they are adept at, and have gained visible recognition ever since. In 2016, Taikang Space kept holding its commission naming ‘Retrospection and Encouragement”. The “Light Pavilion Project” initiated two years ago was restarted under the idea of combining the past with the future, embracing younger generation of art professionals into the vision of the institution. Most of the young people supported by this project have completed their first solo exhibition and attracted growing attention from the public. Now with the launching of a new starting point, “Taikang New Generation Curator Program”, Taikang Space targets its aim to young curators. This time, with independent research methods, brand new curating perspectives and comprehensive multidisciplinary backgrounds, the four selected curators will show the features of art curating and research of a rising generation.

Yuan Fuca, writer and curator, born in 1988 in Changchun, graduated from Renmin University in 2010 with the degree of Bachelor of Art and then received the degree of Master of Fine Arts from the School of Visual Arts in New York. While in New York, she participated in curating the exhibitions called “Coming Together: One Year After Study” and “Soft Haze”. In Beijing, she curated “Perched in the Eye of a Tornado” and “I Blink, I Wink, I Close My Eyes”, and established Salt Projects, the research space that regularly conducts performances, exhibitions and publications, as the co-founder in 2016. Yuan Fuca’s research interest lies in modern and contemporary art, and she specialises in issues concerning performance, identity and language. Her research essays and criticism articles are published on various media platforms including Art News, Artforum.com, Artforum.com.cn, Asia Art Pacific, Flash Art, Modern Painters, Leap, Ran Dian and Art World.

Miao Zijin, born in 1990 in Jiangsu, now lives and works in Beijing. Miao Zijin was awarded a First Class Honours degree by London College of Communication (LCC), University of the Arts London in 2013, then graduated from Goldsmiths, University of London with a master degree of curating. As an independent curator, Miao Zijin co-curated the LCC graduation exhibition “Cops and Robbers” in 2013. In 2016, she curated the solo exhibition of Tan Tian, “Welcome”, in White Space in Beijing. Her research interests expand from institutional critique and independent art space, to art production and display after the emergence of software and the Internet. Meanwhile, she also writes for Artforum.com, Artforum.com.cn, Ran Dian and The Art Newspaper China (TANC).

Jo Wei, born in 1985 in Zhejiang, graduated from Fudan University with the degree of Master of Molecular Biology, now lives and works in Beijing. She participated in the preparational work of Yuz Museum Shanghai and assisted to curate its opening exhibition. Then she worked as the programme researcher for Guggenheim Museum in New York and took part in the preliminary investigation of the projects related to China. Recently, she curated the first exhibition “When Forms Are Not Attitude: The Encounter of Biology and Contemporary Art” for the Young Curator Laboratory project of CAFAM; she also worked as the unit curator for Beijing Media Art Biennale. Jo Wei is the founder of Pan-Bioart Studio (PBS), her research interests include biological art, history of science, philosophy of science and their relationship with art, as well as the collaboration between scientific institutions and artists. In the meantime, she continues to conduct case studies and interviews with artists at home and abroad. She also writes for Art World and The Art Newspaper in recent years.

Yao Mengxi, born in 1985 in Shanghai. Her work is mainly focused on curating, art criticism and practical projects. In 2014, she established Radical Space as a co-founder. In 2015, she was selected to join the Young Curator Plan of Power Station of Art (PSA) and curated the exhibition “The Nightmare of the Exhibition (Part II): The Two-Way Theatre”. She is the winner of the 3rd International Awards for Art Criticism (IAAC) in 2016. Other programmes curated by Yao Mengxi include “All New Relationships Will Fade Away Before Settling Down” and “Stolen Power”. She also writes for Artforum.com.cn, Art World, Leap, Ran Dian.