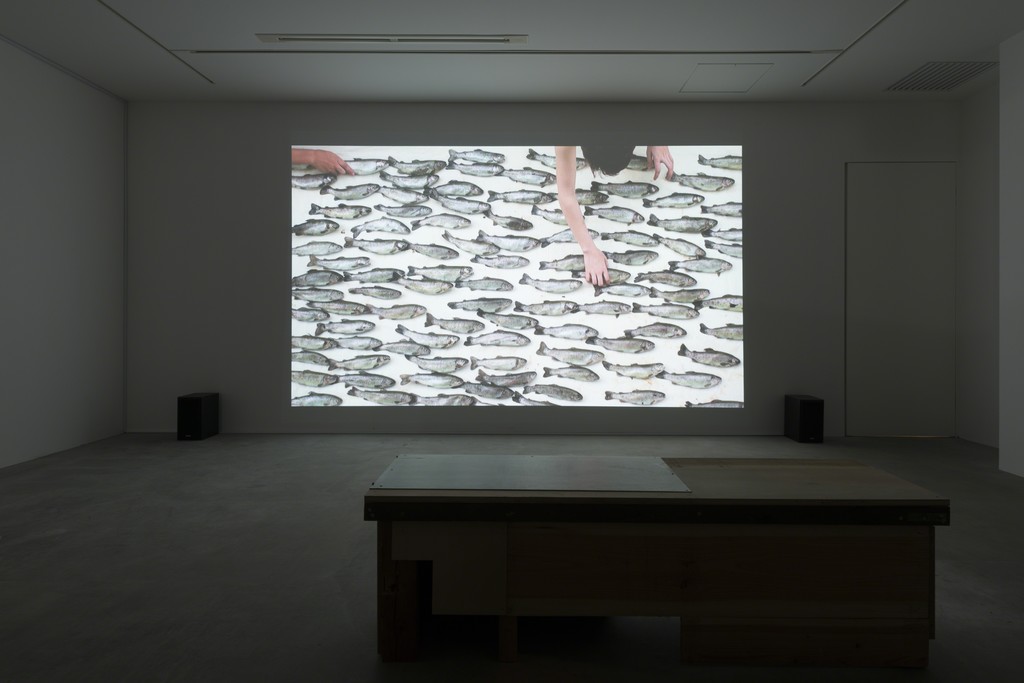 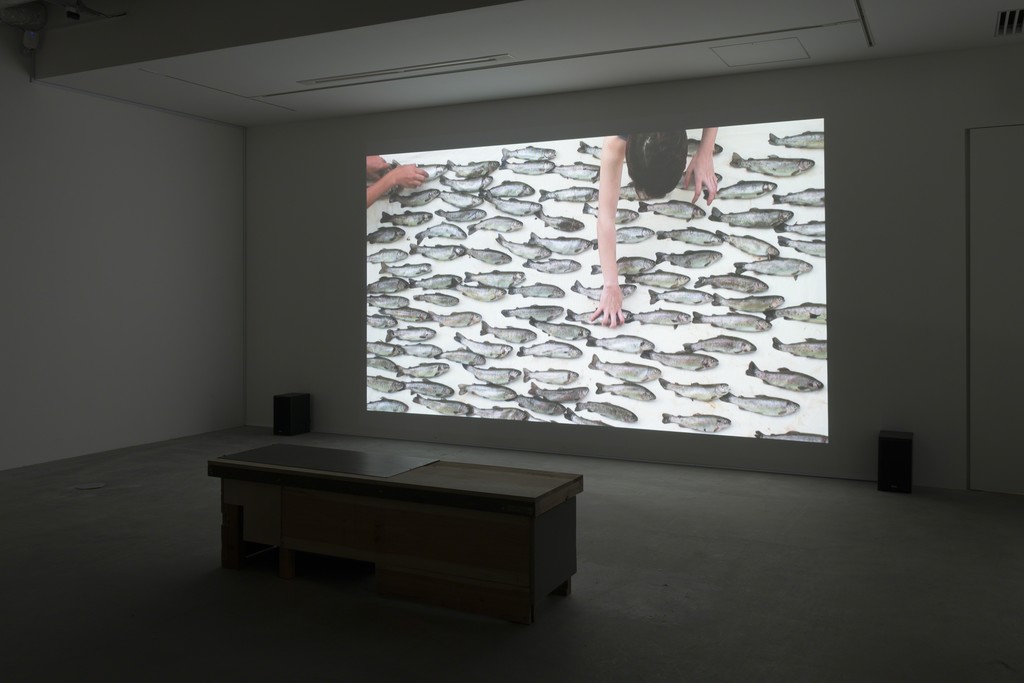 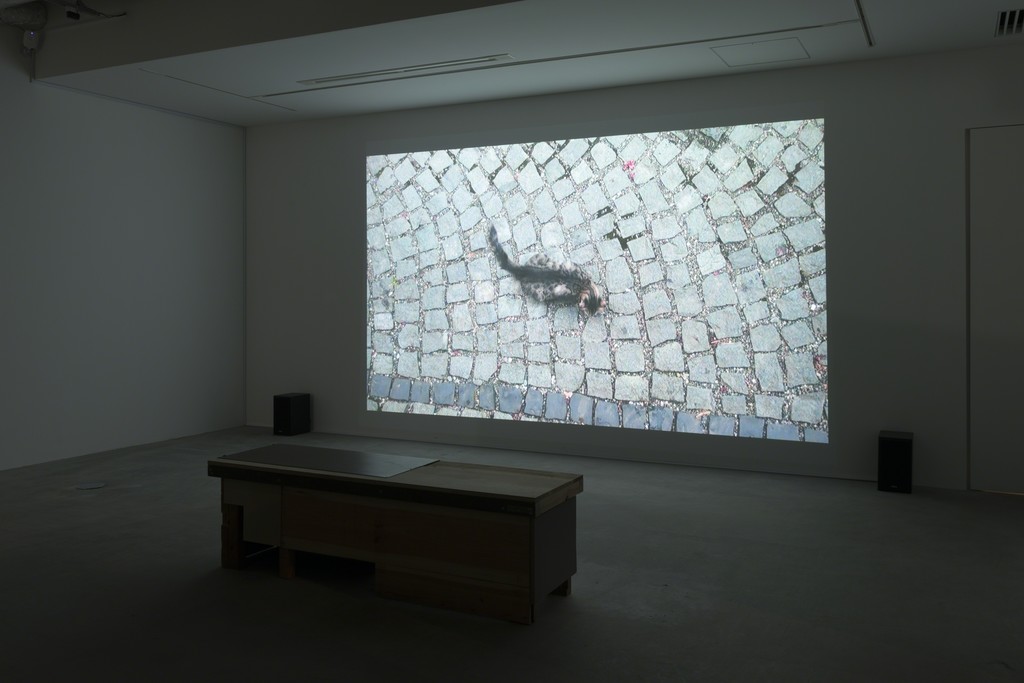 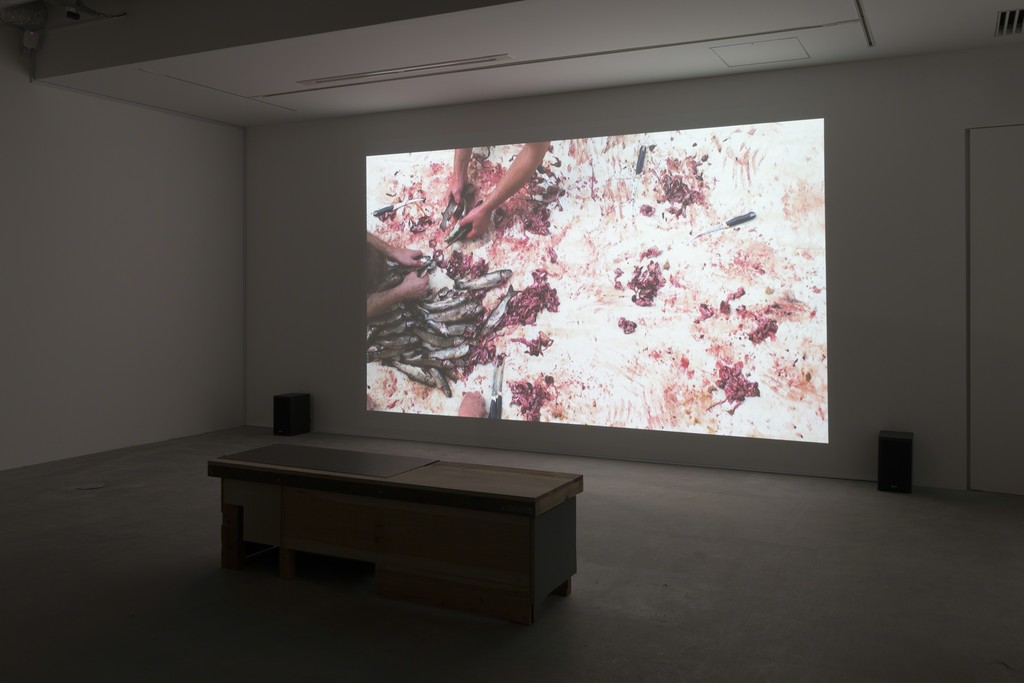 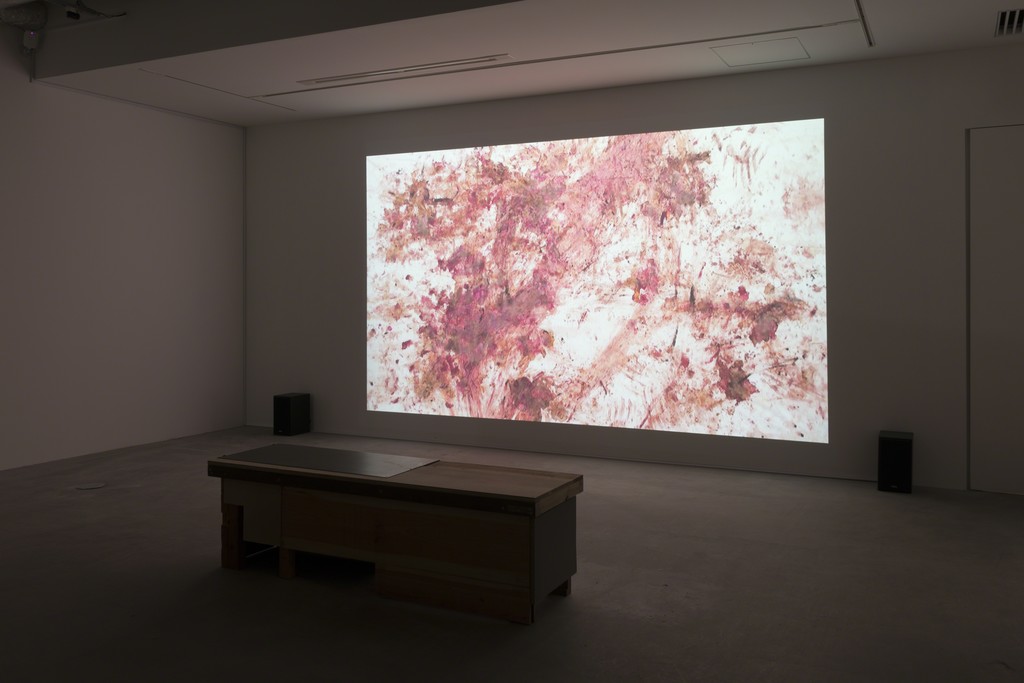 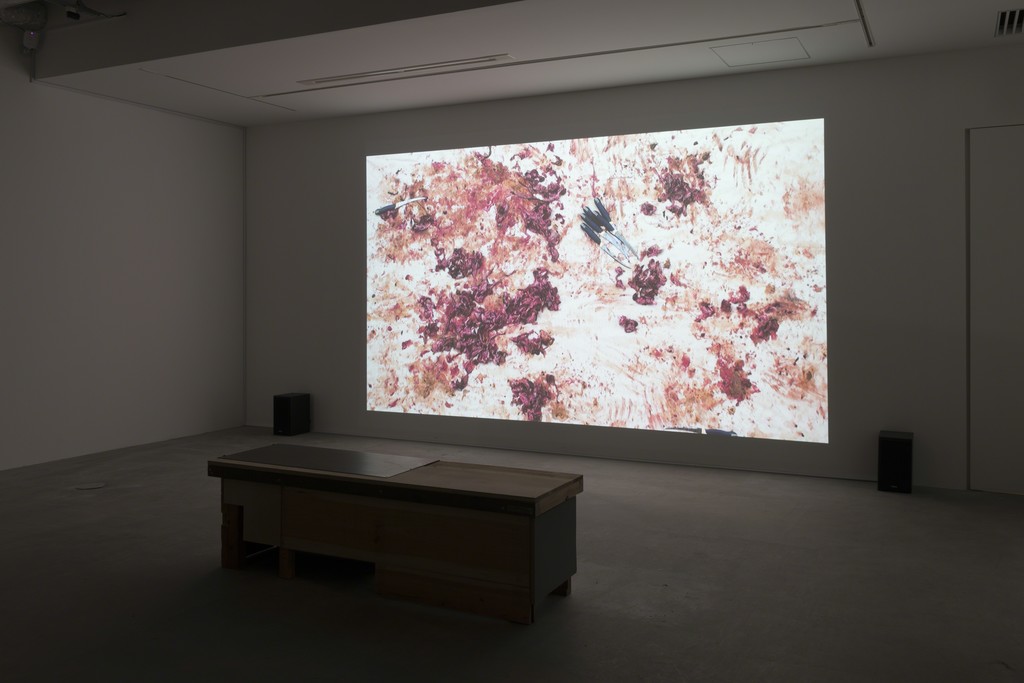 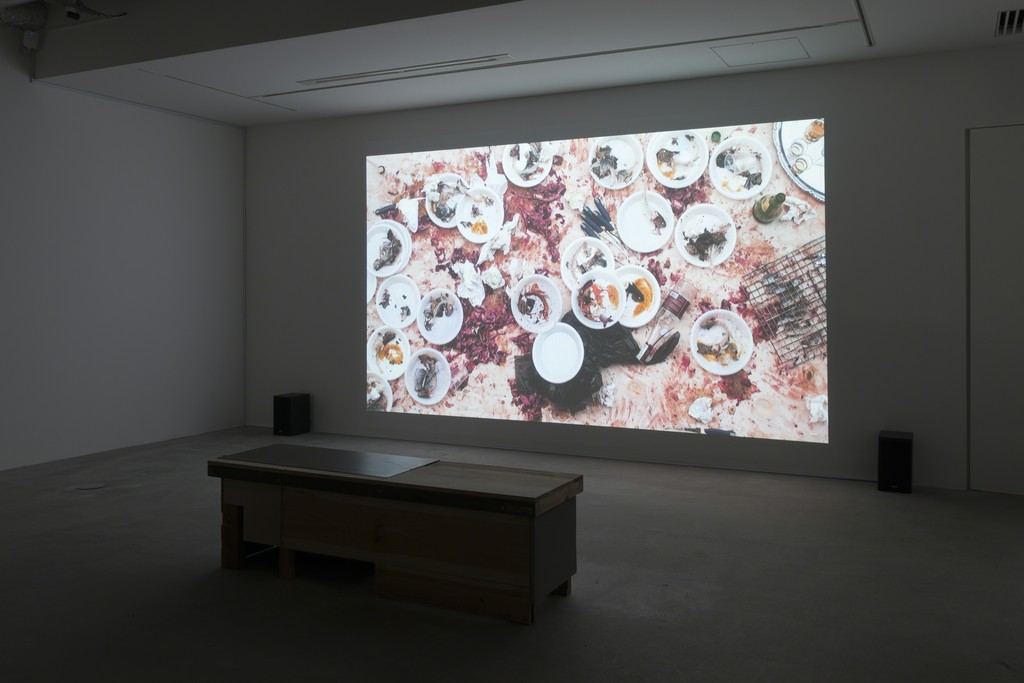 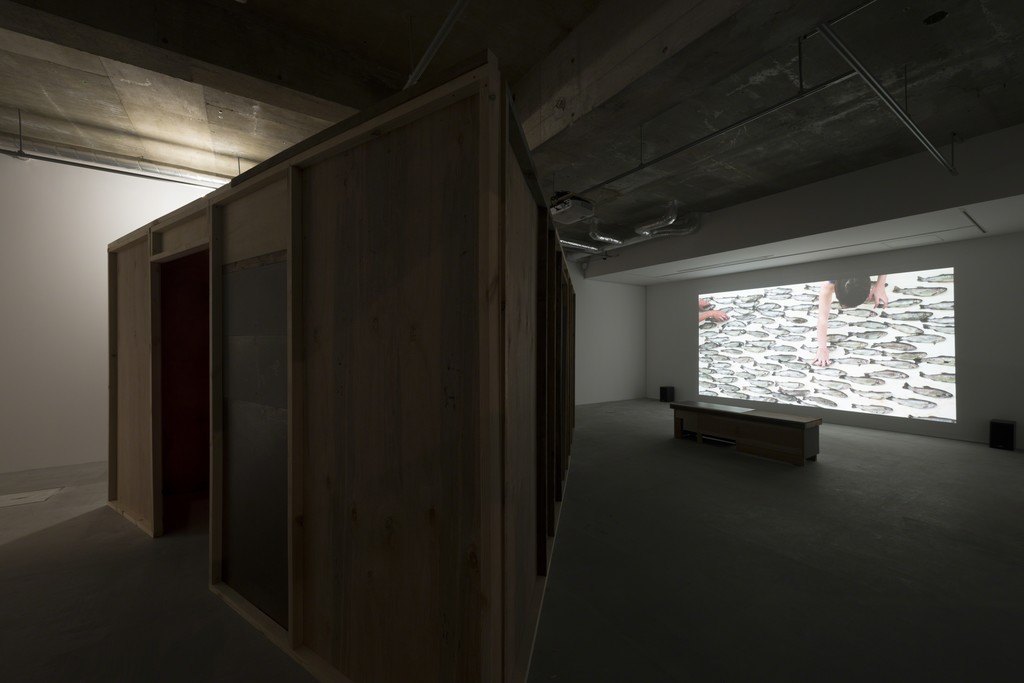 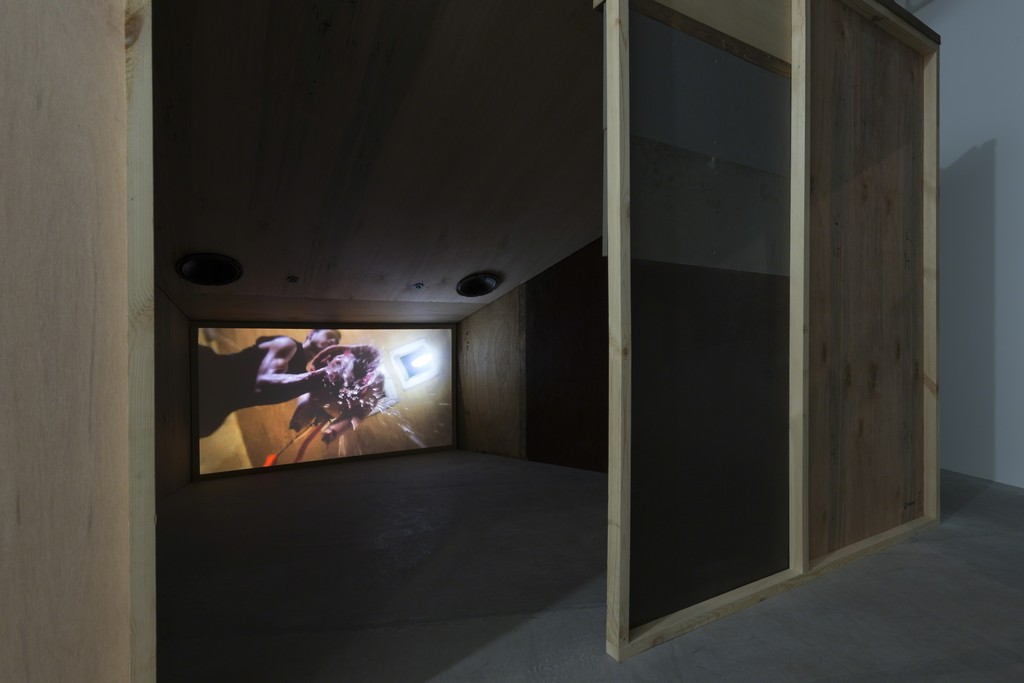 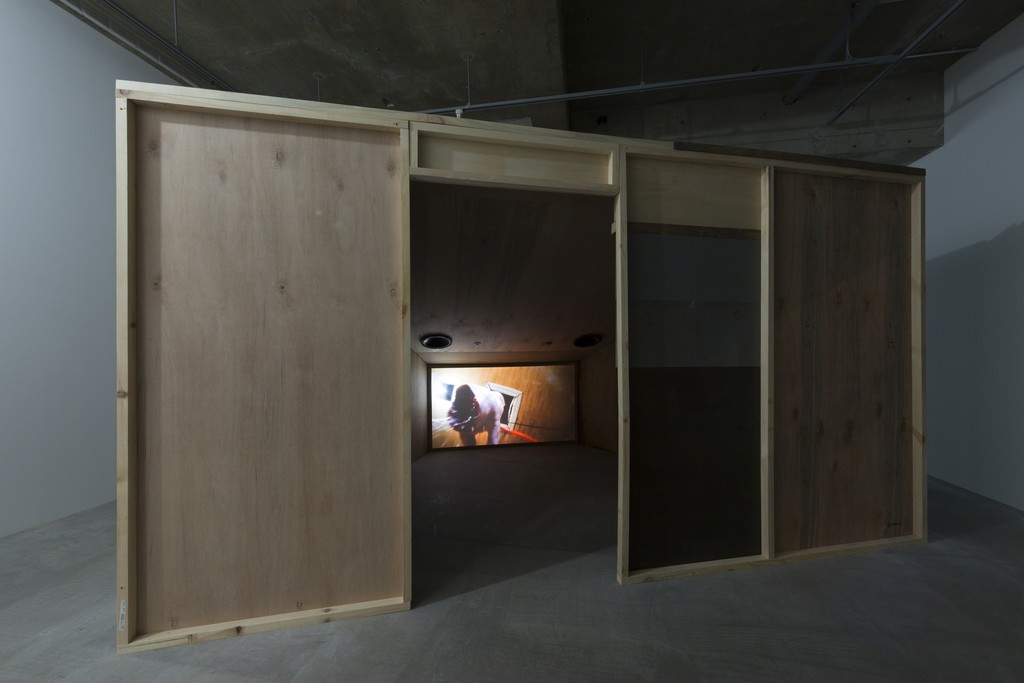 On Saturday, February 21, 2015, Takuro Someya Contemporary Art will celebrate the opening of its new space in Minami-Azabu. The first exhibition will present a fresh expanse of works by Masaru Iwai.

Cleansing, both in the sense of washing and of purification have been central to Masaru Iwai’s videos, performances and installations. Iwai’s works are developed through a process of “participatory creation” as he takes part in the tasks of people’s everyday lives. The videos presented in this solo exhibition reflect his detailed observations of people and regions over several years of immersion. Here he expands from his traditional motifs to explore the new theme of circulation between the environment and the interior of the body.

Looking back at Iwai’s previous works, in his masterful Galaxy Wash (2008), he washed such things as food, fish and his own hair in the same space and time axis, revealing the distortion brought about by soap and purification. In spite of the violence of the cleansing, the video also reveals a certain sense of serenity. To produce White Building Washing (2012), Iwai stayed in a Cambodian slum for two months, where he encouraged the cleaning of a building and captured the process on video. It begins with the figure of a single boy cleaning alone, with the image expanding as more and more people appear, until dirty water finally pours from the building’s upper floor like a waterfall. As the cleaning is completed, a spectacle is presented on a background flooded with light, revealing the beautiful silhouette of the residents and their building.

In recent years, Iwai has been involved in production and numerous exhibitions overseas. These include “Now Japan,” an exhibition introducing Japanese authors at Kunsthal KAdE modern art museum in the Netherlands; the Tbilisi International Contemporary Art Exhibition “Artisterium” in the republic of Georgia; “Maintenance Required” at New York’s The Kitchen as part of the Whitney Museum of American Art’s ISP Curatorial Program; and “Needless Cleanup” at MeetFactory in Prague, among others. Iwai has touched countless people in many parts of the world through the common language of washing and purification̶ or the act of cleansing̶ and the visual language of his works.
His ongoing pursuit is to expand the resonance of duality that is embodied in any single action. The resonance the viewer feels upon witnessing such acts and works, which might be looked upon critically at first glance, may be considered a further extension of Iwai’s aforementioned process of “participatory creation.” Just as a perfume melds with body to form a scent that is inseparable from the wearer, it might be said that every region Iwai connects with becomes a part of his personal expression.

Three New Works and Cities Featured in the Current Exhibition

In this exhibition, Iwai focuses on the connection between two areas in which he has developed an interest in recent years̶ the environment and the interior of the body̶ and presents three new works in the form of videos captured in three cities: Batumi, the capital of the Autonomous Republic of Adjara on the Black Sea; Tbilisi, the capital of the republic of Georgia; and Berlin, capital of the Federal Republic of Germany. “100 Fish, or Before and After Epicure”, filmed in Batumi, focuses on the city residents and a table before and after they eat 100 fish. From the evaluation of the fish to the collection of waste displayed onscreen, there is a suggestion of a meal of absence. “Slaughter House”, shot in Tbilisi, connects a slaughterhouse to a home through the red state of the water used for cleaning, drawing attention to the relationship between the meat we consume and the inside of the body. The red coloring of the images is implicative of the region’s religion, culture and politics, while the violent sound of running water hints at its dormant, latent potential for unrest. Finally, “Roadway Cosmetology”, an ongoing field work being recorded in Berlin since 2012, comprises close-up images of feces deposited on roadways. Through the careful, hygienic and aesthetic application of cosmetics, the droppings are transformed to generate a series of reactions, the projection forming a world of coexisting emphasis and concealment. It may be that taking a fresh look at something that transits both the roadway and the interior of the body will lead us to spend time looking into ourselves.