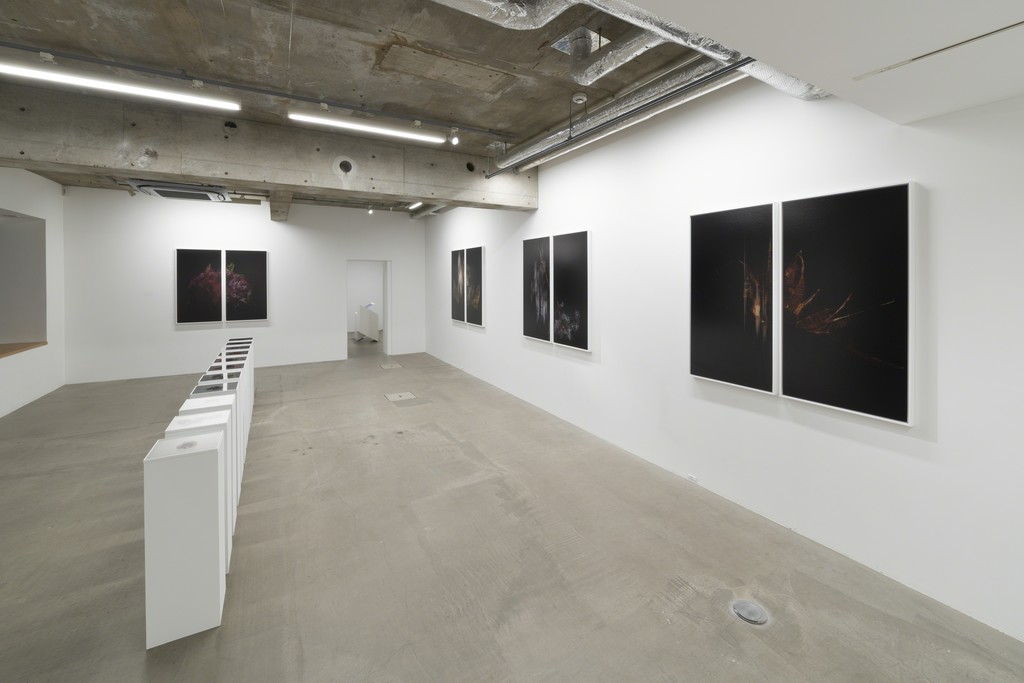 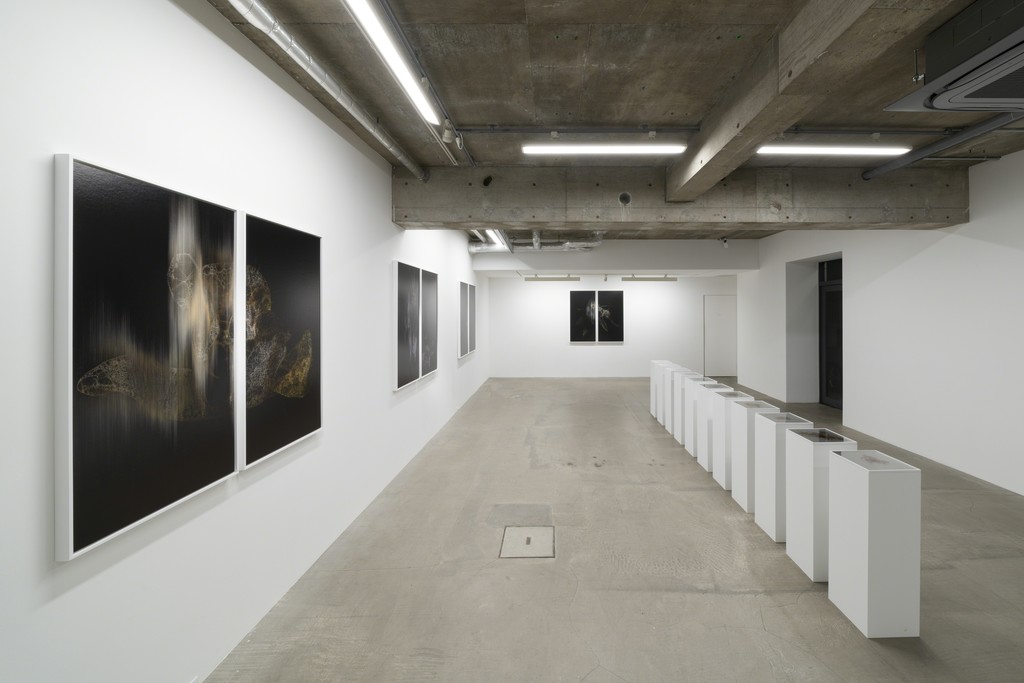 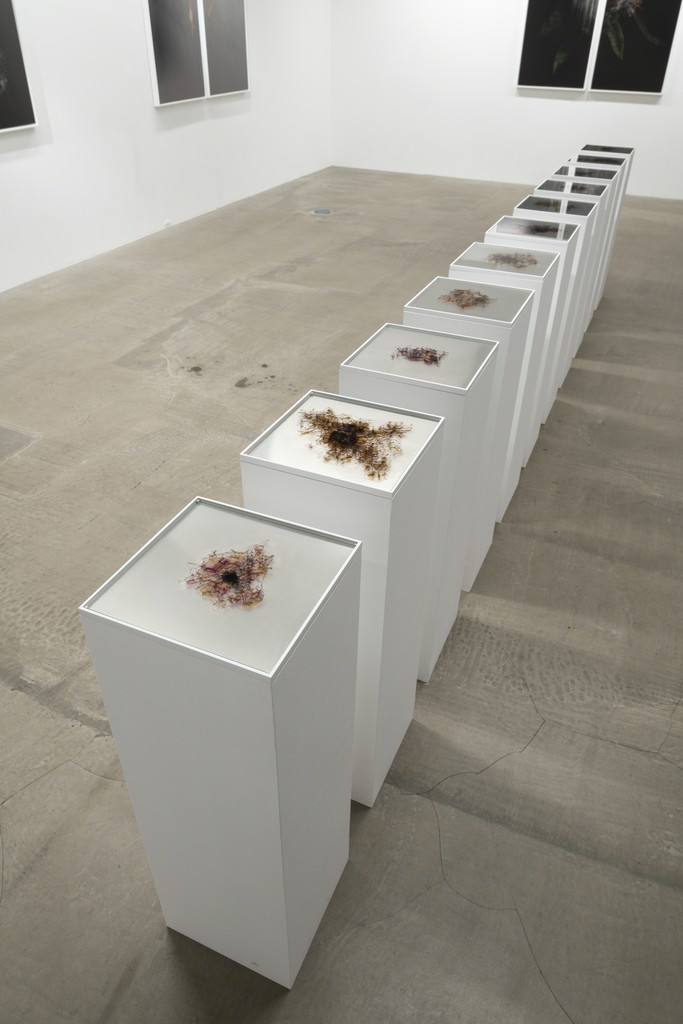 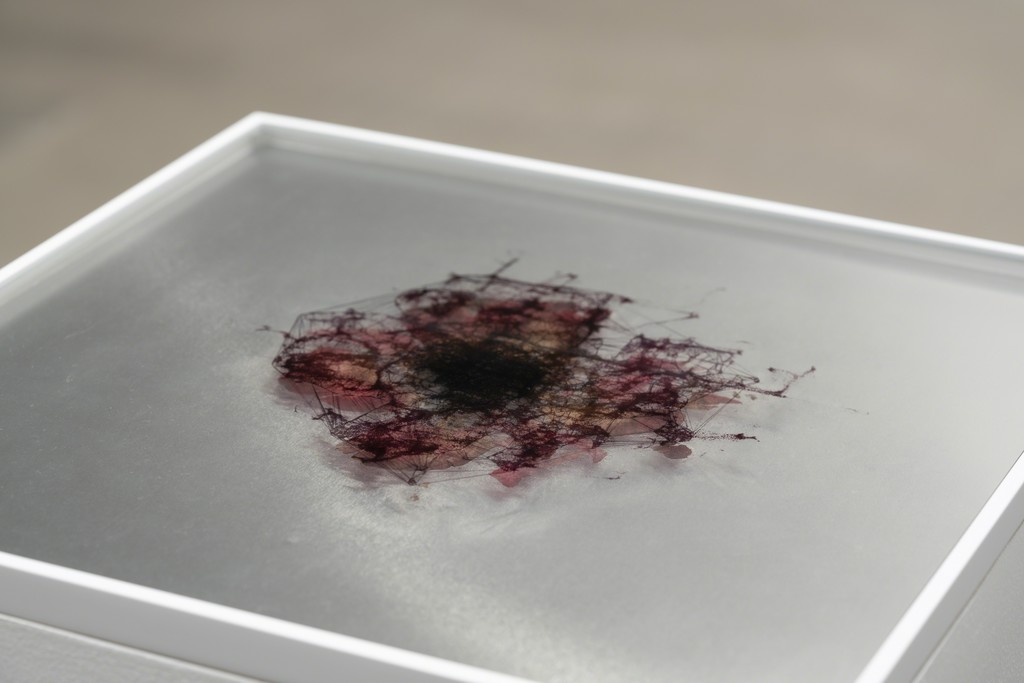 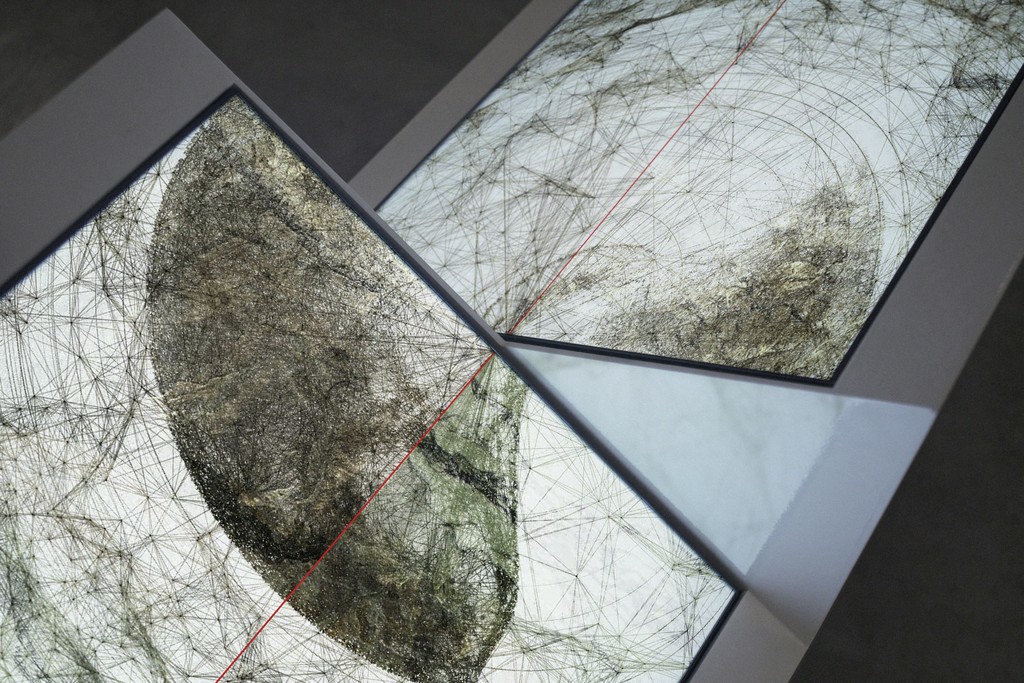 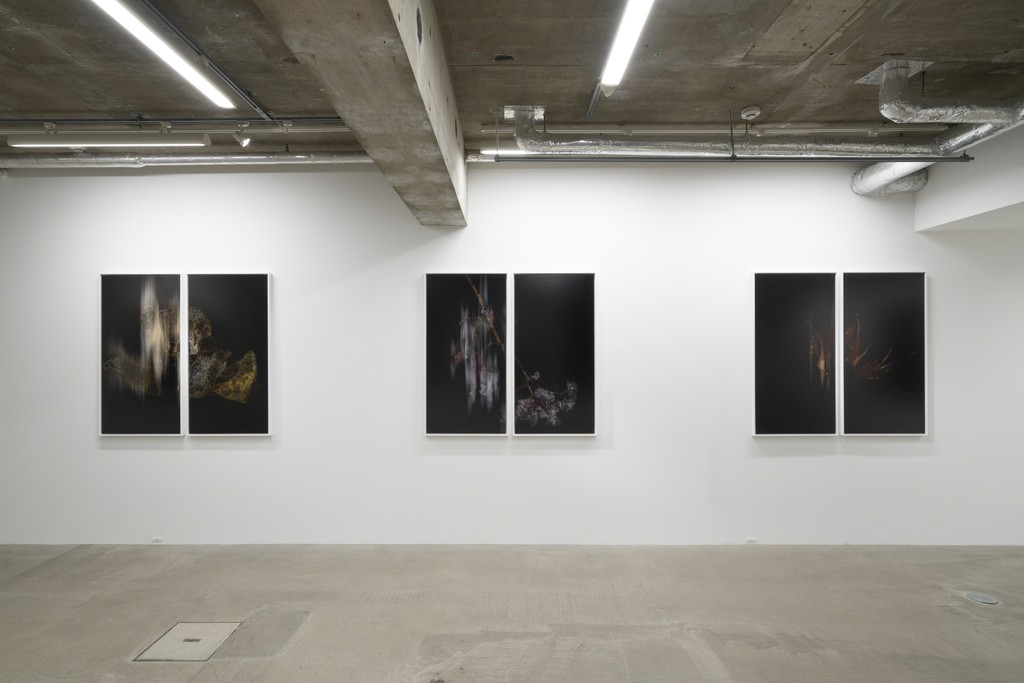 Takuro Someya Contemporary Art is pleased to announce the opening of a solo exhibition by audiovisual artist Ryoichi Kurokawa. While based in Berlin, Kurokawa has participated in significant exhibitions in renowned museums and art centers, as well as performed in concerts all over the world. He has also obtained prestigious awards in his field of work, namely the Golden Nica award at Ars Electronica. This will be his very first exhibition held within Japan.

Kurokawa’s works with a wide range of mediums but is most famous for his audiovisual installations usually composed of multiple screens where abstract motifs suddenly appear from a dark and multiply or break away as if being microscopically dissected These images and movements are paired with rippling, throbbing, swiveling sounds that feel as though they are coming from a deep place. The movements that appear on the screen resemble outer space movements of particles, process of complex chemical reactions, often seeming to be building up to an explosion. In some works, the motifs take on a more visually organic form such as water streams or droplets that move across the screen. Kurokawa’s works visually translate the law of order in elements and the force of energy.

“objectum” presents three of the artist’s work series; “oscillating continuum,” a sculpture piece, “elementum,” a mixed media series using the method of oshibana (pressed flowers) and “lttrans,” a diptych digital print series.
The underlying theme in this exhibition is the creation of points of observation between oppositions. All three series are constructed with 2 planes that share the same structural concept, with the idea of turning dualism into object. All images in this show are composed of points and lines.

“oscillating continuum” is a sculpture first created in 2013. This sculpture is made up of geometric pedestal like block with two screens on the top surface in opposing directions. The two fields show different dimensions of movements but they don’t intersect except for the horizontal path that keeps the two in equilibrium. However, sometimes stability breaks down and that dynamism occur, “elementum” and “lttrans” are both new series created in 2018, presented to the public for the first time in this exhibition. “elementum” is composed of two different element planes, one by nature print and one by digital print. “lttrans” is a diptych digital print work where images are generated based on the detected feature point of captured natural plant life, which is then split into two separate prints. It shows confrontational evolutions presented as laminar and turbulent flow.

As can be viewed from his works, Kurokawa states that nature is his principle source of inspiration. He notes also that the notion of hybridization lies within all of his works. Hybridization, such as that analogical material and digital treatments are fused into a hybrid state. “All my works lies on this notion of hybridization. Between analog and digital, but also between time and space, the full and the fragmentary, the simple and the complex, the reactive and the contemplative, the auditory and visual” he states.

Audio and visual concordance is key in Kurokawa’s works. He considers the audio element and visual element as different vectors of a unique piece, and insists that they have to both flow together to enter a collision at the same time. We hope objectum provides visitors with a rare opportunity for a sensory experience, and to witness audio and visual harmony and collision in a space that is composed both of digital and analog elements.

Ryoichi Kurokawa was born in 1978 in Osaka, currently based in Berlin. He has been producing and presenting his audio-visual art works all over the world since 1999. Kurokawa describes his works as time-based sculptures and considers sound and image as a single unit. His works are composition of symphonies, both imagined and produced as well as recorded. This with the combination of video material and computer-generated aesthetics changed how the spectator views the familiar. Kurokawa has done signify collaborative works throughout his career most notably his collaboration with Vincent Minier, astrophysicist and researcher at CEA-IRFU to create the immersive and tactile audiovisual installation titled “unfold” based on data produced by the satellites of the European Space Agency and Nasa, and more specifically by the Herschel space telescope.
Some of Kurokawa’s significant exhibitions and performances include The Dream Of Forms, Palais de Tokyo, France 2017, Turbulences, Espace Culture Loius Vuitton, France 2012, The 54th Venice Biennale Arsenale Novissimo, 2011, Transmediale, Haus der Kulturen der Welt, Germany 2010, Synthesis, Tate Modern, England 2007.