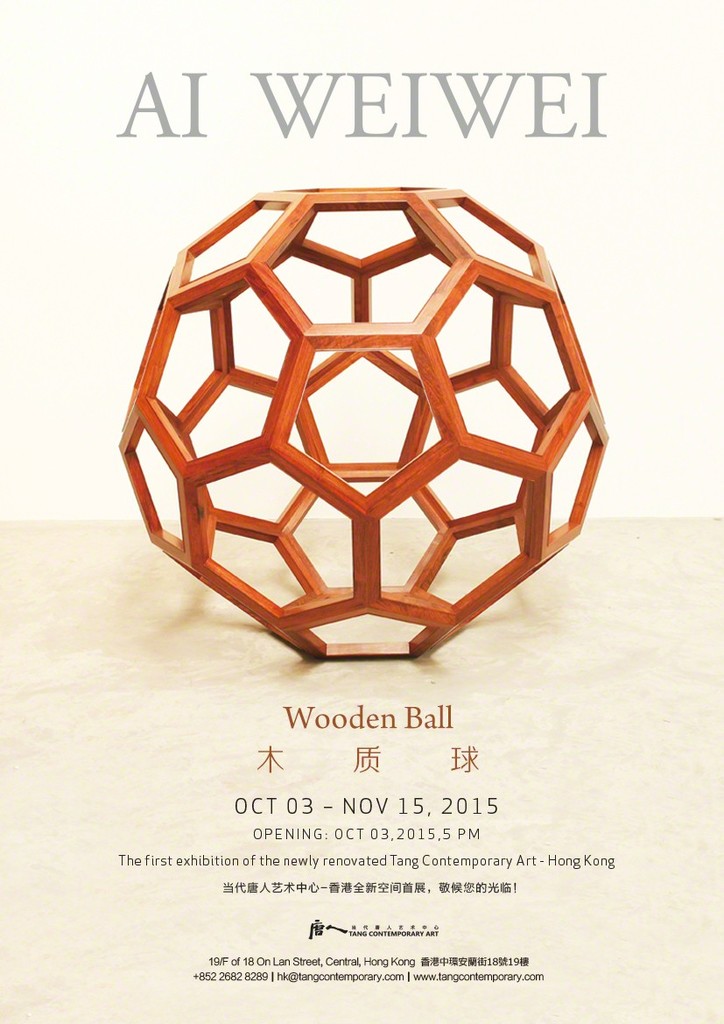 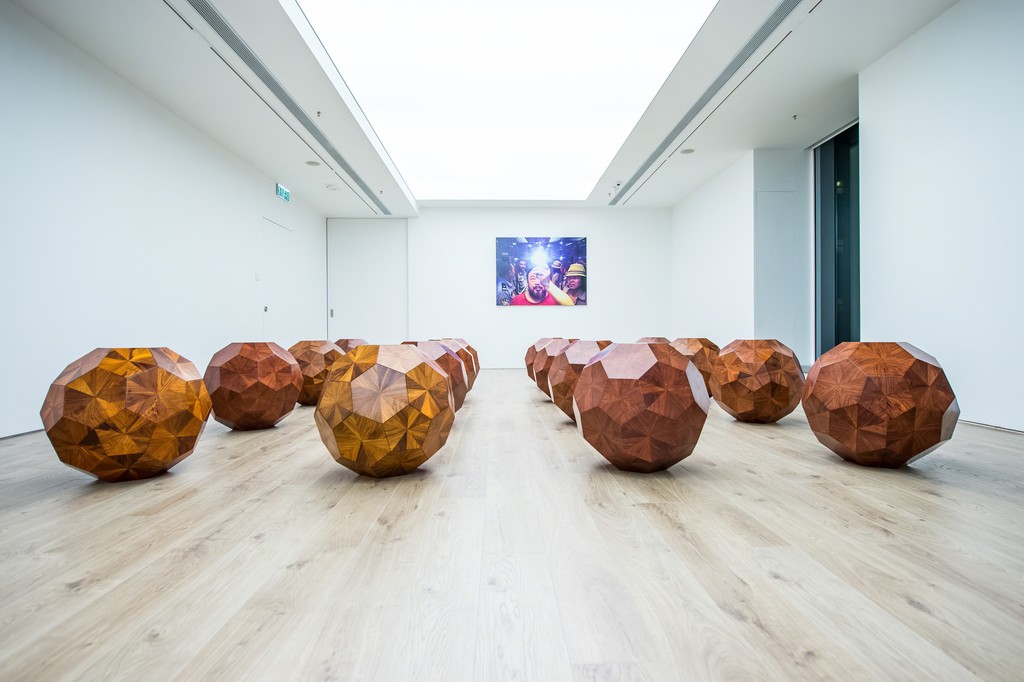 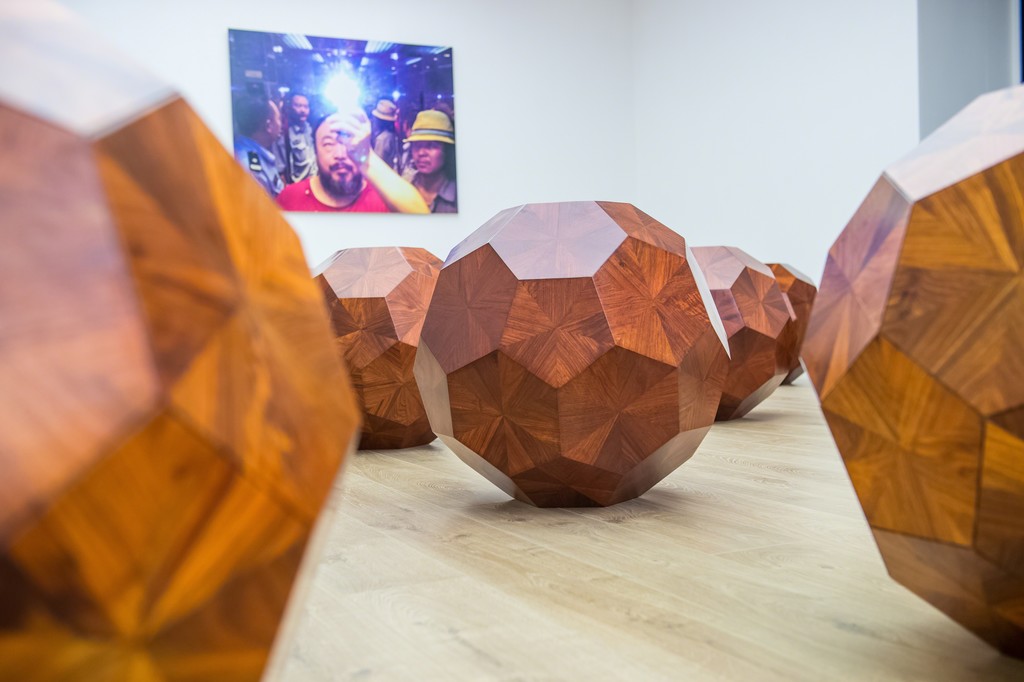 Wooden Ball is part of the work of Ai Weiwei’s Divina Proportione’s series. Created in 2004, the series com nine objects with different sizes and materials, including rosewood, stainless steel, copper etc. Prior to the creation of the series, Ai Weiwei produced artworks transformed from traditional Chinese architecture and furniture, such as Map of China, Fragments and Wang Family Ancestral Hall.

The idea of Ai Weiwei’s Wooden Ball originated from a plastic ball toy belonging to his cat in his workshop. Each of these abstract-and-simple-looking wooden balls is enlarged in the Chinese traditional furniture’s way of production and constructed by the complex intricate joining methods. Each wooden ball took one year time in making, which was spent in exploring the ideal relationship of each component structure to demonstrate the perfect relationship between its shape and ratio, structure and texture. The artworks are made and constructed in an organized way, combining the classic geometric pattern together with Chinese traditional furniture standard skills. Reforming their physical pattern, Ai Weiwei has granted the wooden balls with the attribute and meaning of ambiguity and weirdness to present a fleeting and uncertain sense.

The exhibition features 17 Wooden Balls which are in polyhedron shape and made out of huali wood. Each sphere possesses 32 sides and is composed of 12 pentagons and 20 hexagons. 16 small balls with 68cm in diameter were created in 2011. The remaining large wooden ball with 130cm in diameter was created in 2007. The unframed object and the 16 small balls formed an intricate relationship of their own, creating a complimenting correlation among them. The creation process of Wooden Ball actually represents a changing process of a reference system: it turns from a contemporary form of a pet’s toy to the rigorous beautifying traditional Chinese craftsmanship, and finally to the realization of the Wooden Ball. Its craftsmanship, representation and execution method comprise a variety of unknown and challenges; at the same time, it has evolved to a brand new existence because of the blending of different methods, materials, functions and locations which occurred during the process. The identity of Wooden Ball becomes ambiguous between the distance of reality and history, and it can only exist in possibility.

The transformation of the Wooden Ball is a metaphoric representation of the historical changes we experience in our society. It is also consistent with Ai Weiwei’s interest: “Where does our knowledge come from? What is the relationship between our beliefs, right and wrong, truth and false? How should we perceive a concept when it has experienced changes and produced something new? For me, these questions are meaningful as they depict the emergence of disappearance of aesthetics possibility, as well as the judgments of these possibility and transformation of ideology (if our ideology is really possible to transform). I have interest in these issues, namely, the possibility of a change in an original concept.”