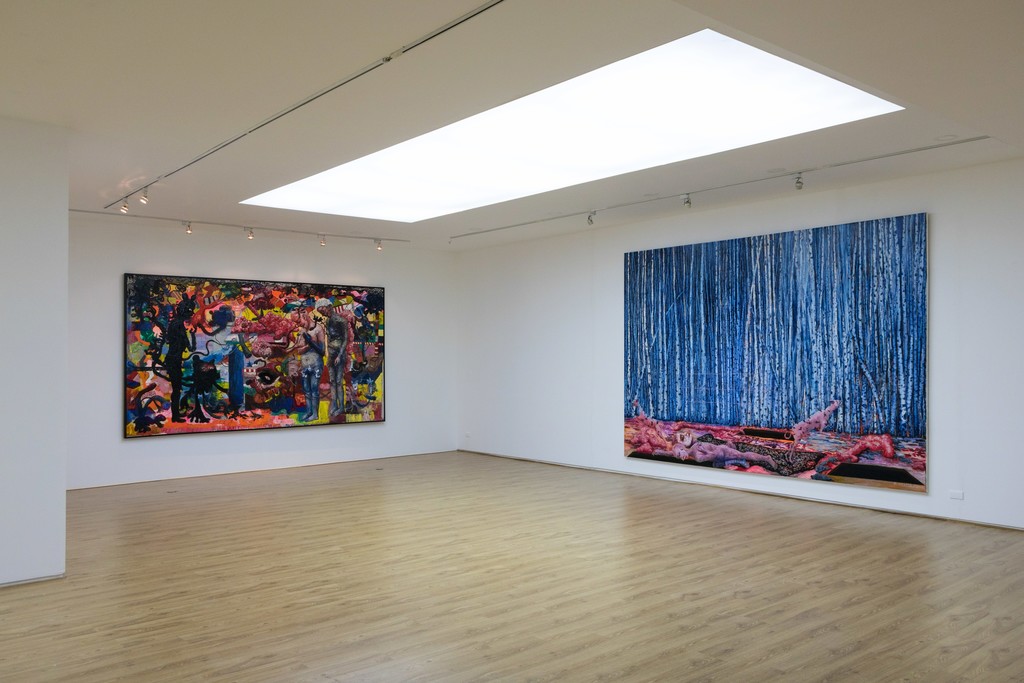 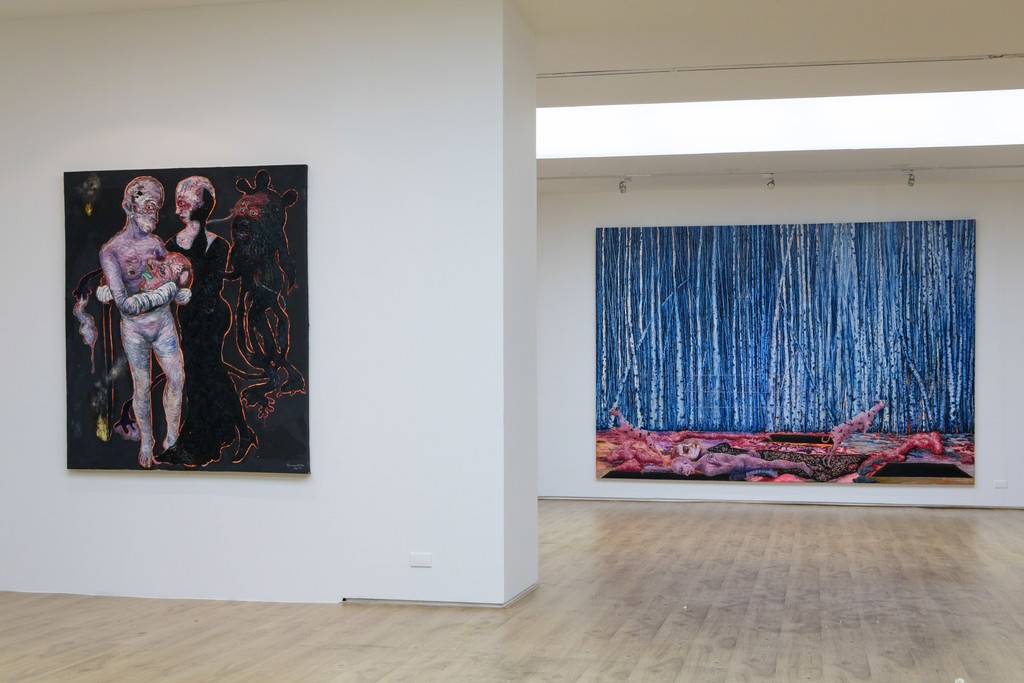 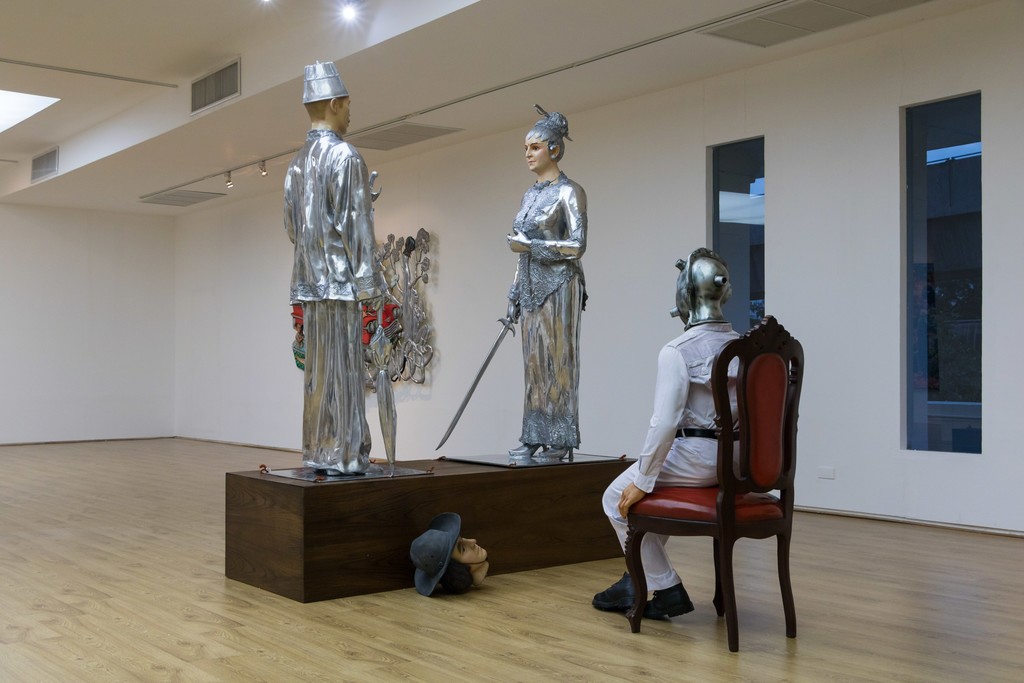 Entang Wiharso, one of Indonesia’s leading contemporary artists, has a multi-disciplinary practice and is known for his dramatic visual language and unique images of contemporary life. He confronts the universal issues of power, loss and love through investigations of ideology, philosophy and identity. Particularly known for his large scale paintings, wall sculptures and installations, his work heightens our ability to perceive, feel and understand human problems like love, hate, fanaticism, religion, and ideology. Wiharso’s work is layered with social, political and sexual critique, revealing a complex picture of the human condition by integrating narrative tools and placing unconventional materials together. Images from Javanese myth appear in his work in combination with contemporary elements to engage with ideas that continue to resonate and inform our daily life.

This is Wiharso’s first solo show in Thailand. Entitled “Half Degree of Separation,” the exhibition features a new body of work created in his studio in Indonesia and during his 2017 residency in New York City at International Studio & Curatorial Program. In describing the concept for the show, Wiharso notes, “Half Degree of Separation comes from the idea of ‘six degree of separation,’ when you always have a connection to others in six steps or less. Half degree of separation is the acceptance or refusal of connectivity, whether cultural or identity, with others. The work for Tang Contemporary Art focuses on themes related to migration, the Indonesian diaspora, the settlement of land, the power of ownership and the idea of belonging, through the lens of family and history. We can see the connection that always exists between past and current conditions through this lens.”

Key motifs in his work – floating islands, walls and fences, cars and tables – are stages upon which a narrative about history, geography and family are presented. He looks at the land and seas as a site of history and trade: the personal reasons and motivating factors that shape social systems, and the interconnections, philosophy and conflicts that still impact us today. The tableaux of the family reflects a timeline of events unfolding over generations and is a narrative about cross-cultural love and compromise, examining how external pressures and expectations unfold within private relationships.

Wiharso’s current work focuses on the duality of cultures and experiences in his two homelands - Indonesia and America. Including both sculpture and installation, the exhibition is anchored by a series of paintings created in the United States. Two large paintings, Blue Lingga (2017) and Half Dead Giant (2017), feature dense compositions of figures and landscapes with a vibrant color-palette punctuated by dark recesses. The wall-mounted reliefs offer lush, detailed surfaces that draw viewers in while offering biting, humorous and poignant commentary. These works along with an extraordinary series of psychological portraits of lone figures and couples, the Monster Project Series, all contain handmade resin eyes that bulge from the surfaces, engaging the viewer with a frank gaze. Wiharso states, “Monster Projects looks at the emerging conditions in America and Indonesia - the extreme behavior, the move toward fanaticism and polarization, and an increasingly common refusal to acknowledge other’s feelings. I’ve been questioning why this situation is occurring when we are more mobile and global. Is this how people try to protect their identity or inheritance, or is it a resistance to globalization?”