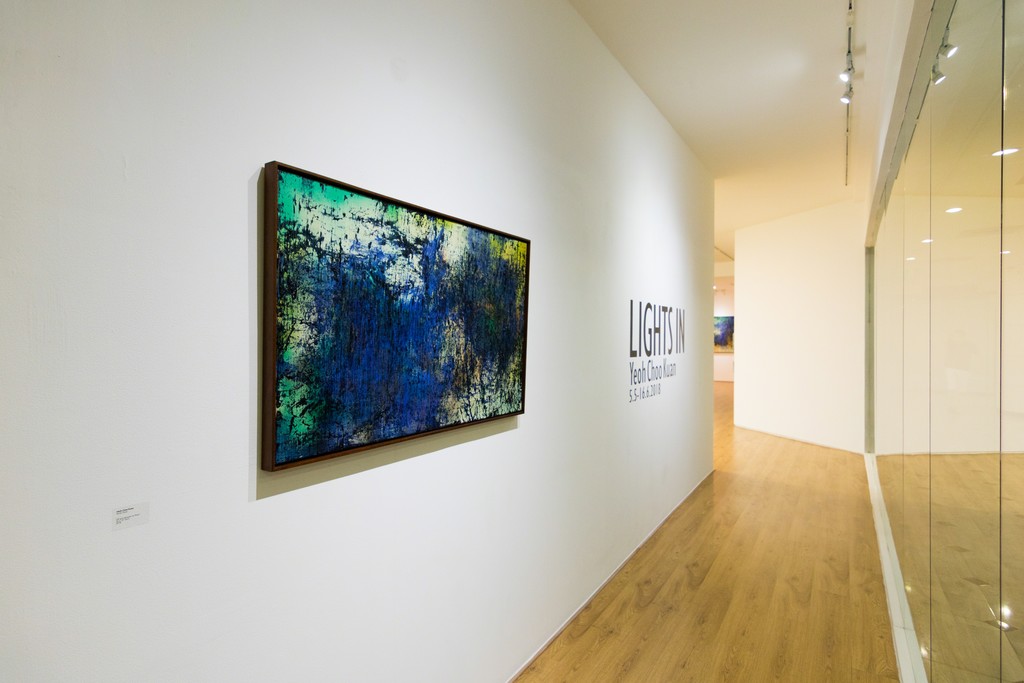 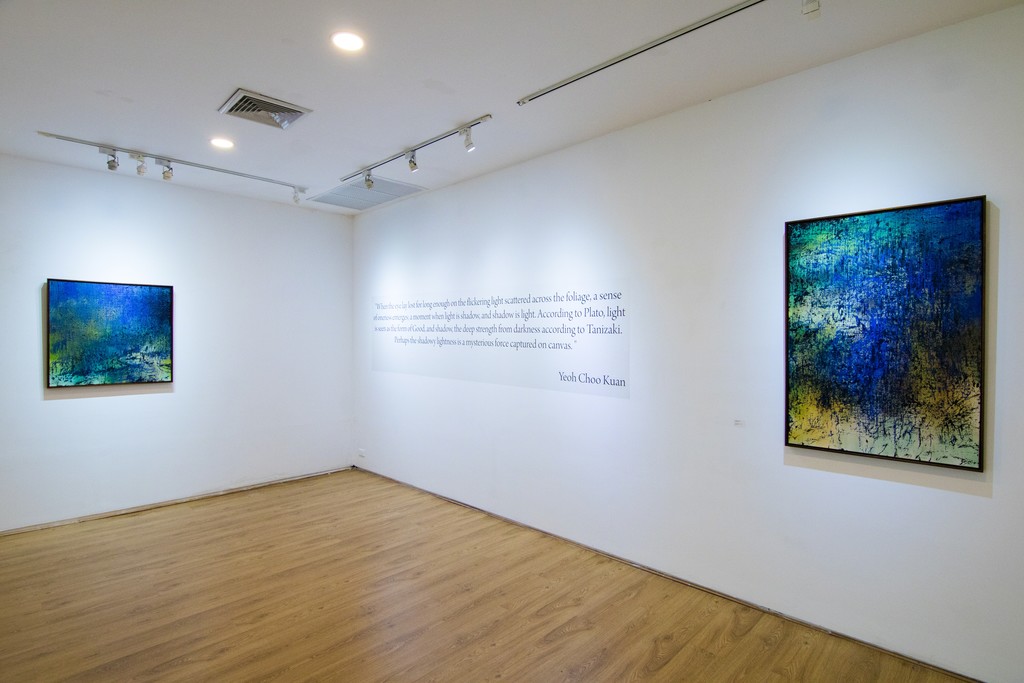 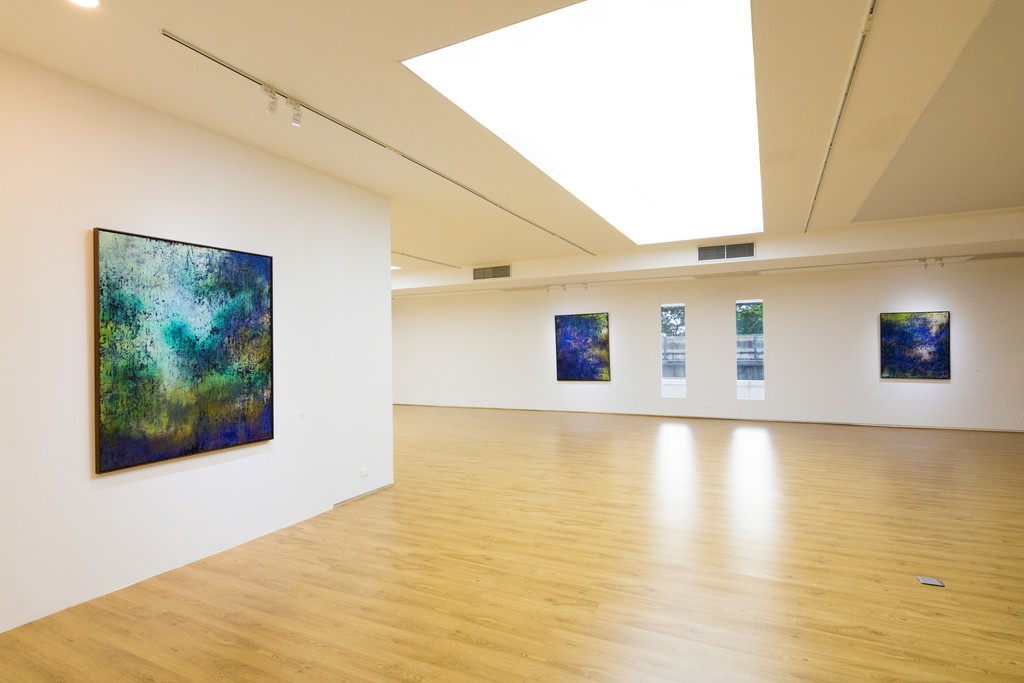 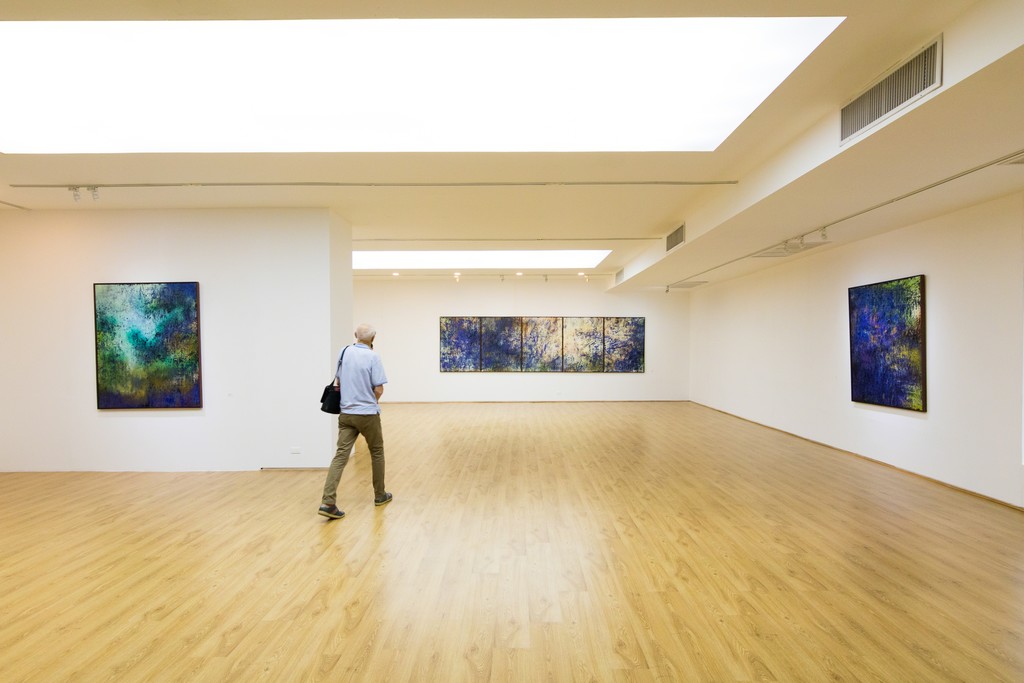 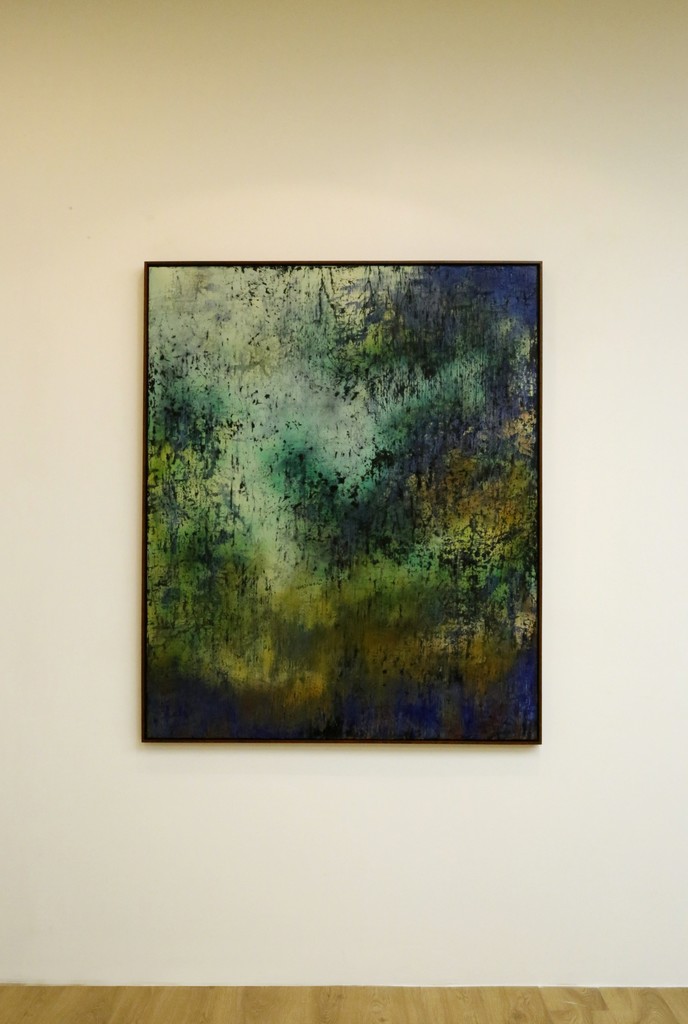 Yeoh Choo Kuan was born in 1988 in Malaysia. In his practice, he has created a distinctive visual language, exploring the possibilities of painting through mark-making. He has explored a variety of themes including domesticity, sexuality, the human body, as well as death and the subconscious. He is currently drawing inspiration from nature to discover the potential of landscaping and pictorial means.

Light In is Yeoh’s first body of work in 2018, also the first since moving into a new studio space. These landscape pieces from Lights In drew inspiration from the newness of his immediate surroundings. Yeoh said: “I observed the condition of light casted onto the landscape around it, the dappled lights shone through leaves during sunset made me consider the language adopted by impressionist schools to depict light. By removing the use of brushes, these languages are reinterpreted through my own mark-making gestures to address the sensibilities of the present.

Pared down to its essence, the movements of light and foliage are conflated into landscapes and everyday experiences. These mark-making gestures substitute the short and broken brush strokes of the impressionists in an attempt to liberate light from its previous identity, rendering light as a metaphorical force within a universal experience as a view of my personal‘water-lily pond’.”

Yeoh graduated from Kuala Lumpur Design Academy of Art. He has exhibited widely in shows since 2008 in Bangkok, Hong Kong, Singapore, the Philippines and elsewhere in Asia. His early autobiographical works illustrate the purging of unrest and hidden emotions left by traumatic experiences through mark-making on painted imageries. His approach had since shifted toward gestural abstraction with highly textured strokes, which is referred to as his self-coined “Fleshing Abstraction”- a synthesis of disintegration set in contrast as the tension and forces are weighted on the oil surfaces.