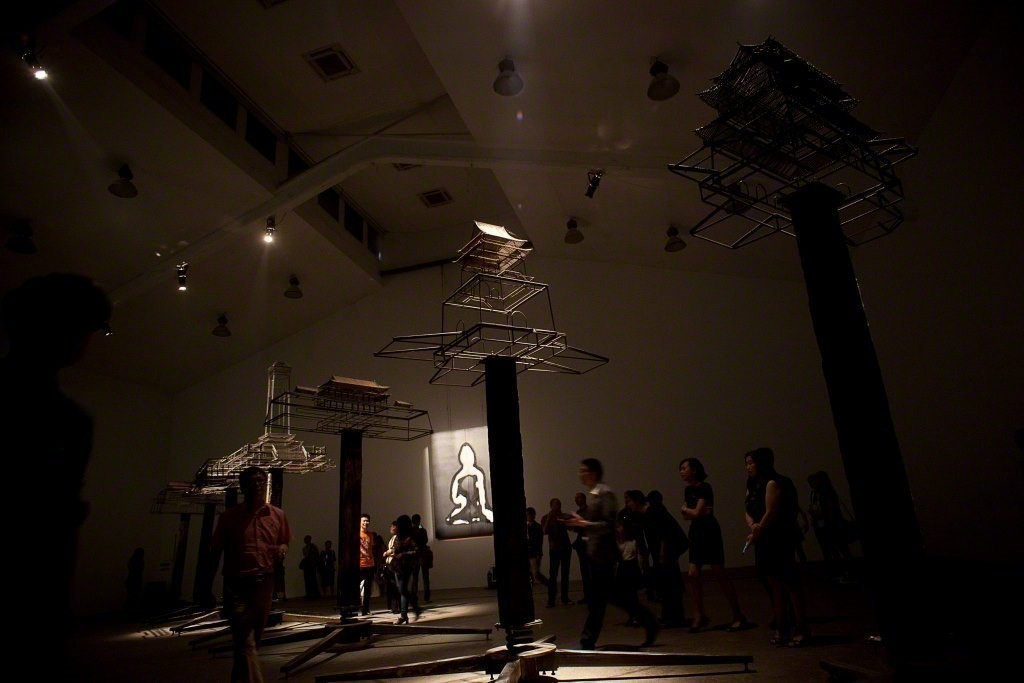 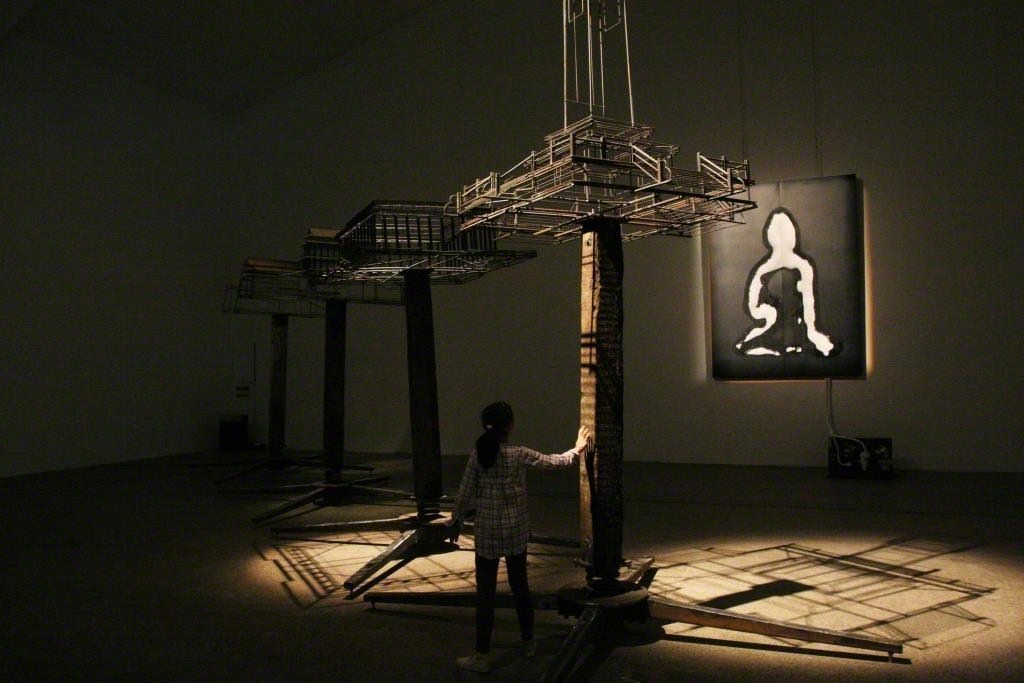 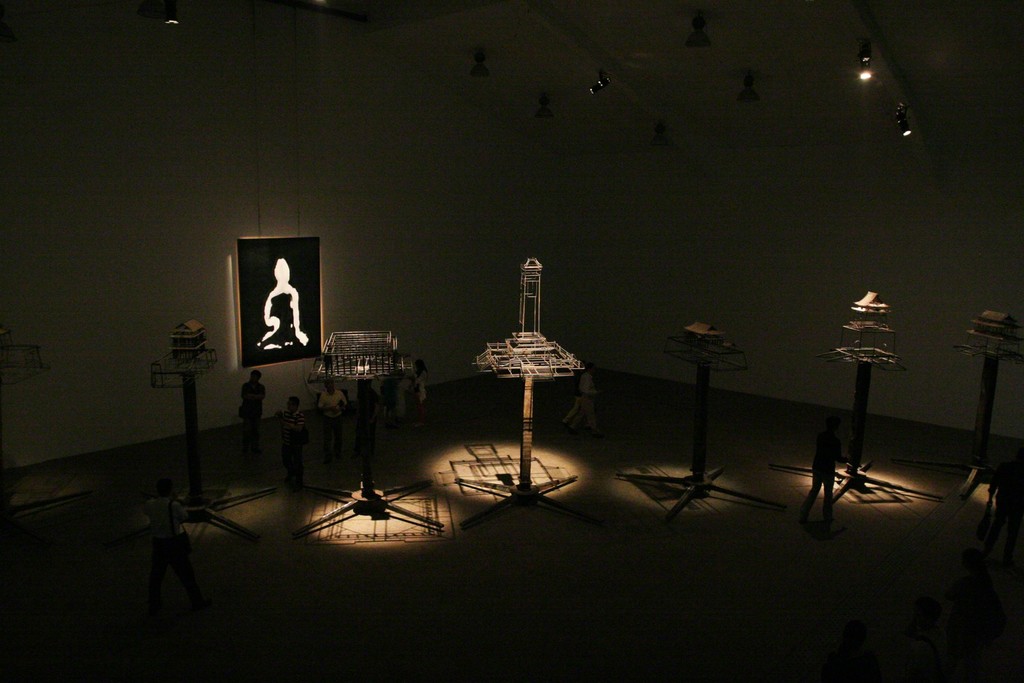 Wu Daxin born 1969, Quanzhou, Fujian Province in China, graduated in Japanese laguage in 1992 at the Department of Foreign Languages, Huaqiao University. In the same year he studied overseas in Japan under the tutelage of a specialist in Japanese History of Art at National Saitama University as a post-graduate student. In 2001, he moved to the United States to study Image Technology at NYCU and graduated in 2007. The artist currently lives in New York and Beijing.

With a rich life experience of years travelling overseas, the cultural differences of the West have helped to inform Wu Daxin’s unique perspective on globalization. In his work, he has inherited the implicit Eastern notion of mental restraint as well as Western creative methods of revolt and self-awareness. For example, he gained significant attention with his work ‘Great Wall Plan’, where the artist placed numerous ice blocks weighing up to ten tons and transported them on top of fire beacons staged on the boundaries of the Great Wall. He then proceeded to forge the ice blocks into huge Western-style chapel domes, which were recorded with a camera to document the extraordinary visual process as the work disappeared slowly under the sun. This amalgamation of Eastern and Western architecture is also permeated in the works using a precise form of expression derived from Zen philosophy to convey the global experience of today’s China.

Wu Daxin’s process of creativity also begins with the moving image, and it gradually synthesizes with this medium as well as expanding in depth conceptually. His earliest work ‘Ghost Town’ or ‘Conspiracy Theory’ engage with the same substance of ‘Water’ and ‘Ice’ as they transform between different material conditions. This process of transformation carries metaphors of social and politically significant meanings. In ‘Conspiracy Theory’, the artist employed iron panels to construct a high wall and used Freon compressor to cover it with a thick layer of frost. From a
distance, the wall looked similar to an ordinary white wall – this minimal gesture helped to engage audiences with an environment that dealt with climate, energy, economy, politics, media, science, the state and a discourse related to this. But in his later works, for example ‘Ashley’s Heart’, ‘Time Machine’, and ‘Days of Glory’, we can also clearly see the ‘circumstances’ of his creative work from a conceptual level that covers human nature, existentialism, as well as opposing a philosophical notion of ‘origin’ related to the natural world of humanity.

For this exhibition, the artist has used the seven buildings representing the central axis dividing the city of Beijing: Jianlou, Qianmen, Tian’anmen, Zhonglou, Gulou, etc, to create an image of a pendulum for an installation. The construction will sway left and right against an image on a wall of frost that faintly forms the resemblance of Buddha to form a distinct contrast between movement and stillness. In another work ‘White Vessel’ a Freon compressor is used to create a gloss of glistening ice. This inescapably encourages people to think of the fable of Noah’s Ark in the ‘Holy Bible’. Buddhism and Christianity are both two cultures of inner belief for the artist, between the custodian and redemption, which are perhaps implicated and blended together. Similar to what Beuys once said: “The wind that blows over the treetops is only pain.” The buildings and spaces of the city are inseparably forced together in a distorted relationship with the population of people. The artist uses a poetic space to elaborate on the developments of the city, its belief, and also even the intense unbalance between the feelings of people.