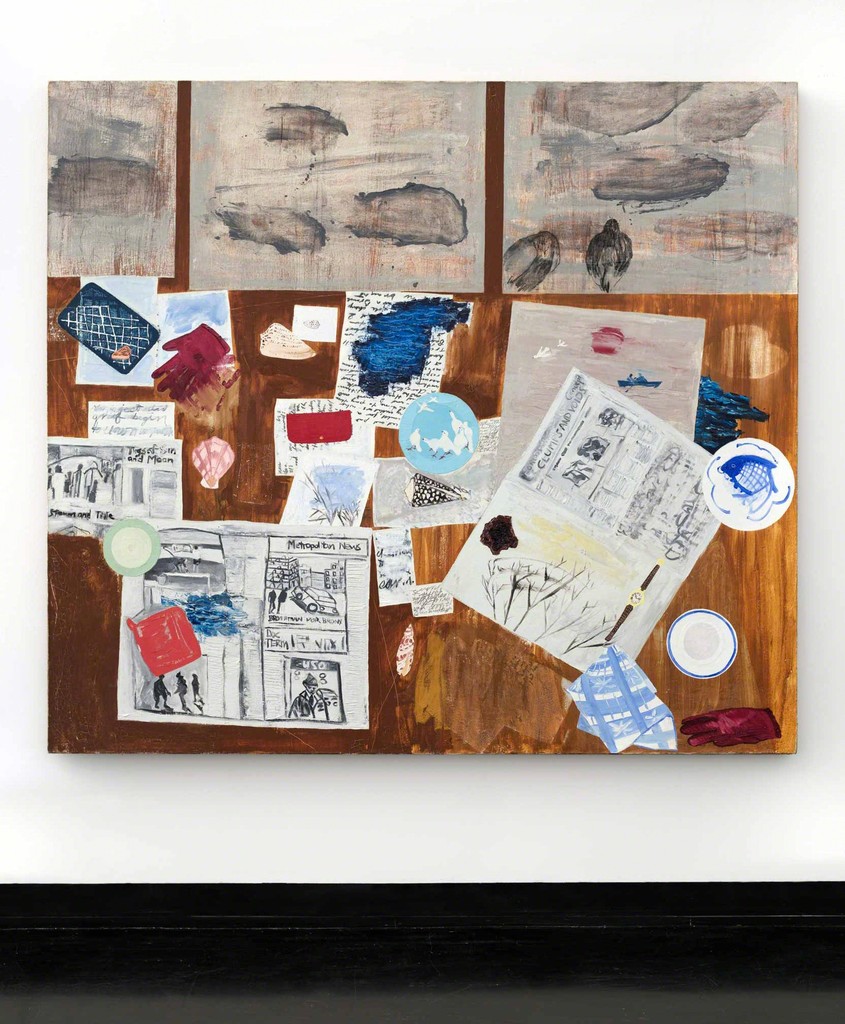 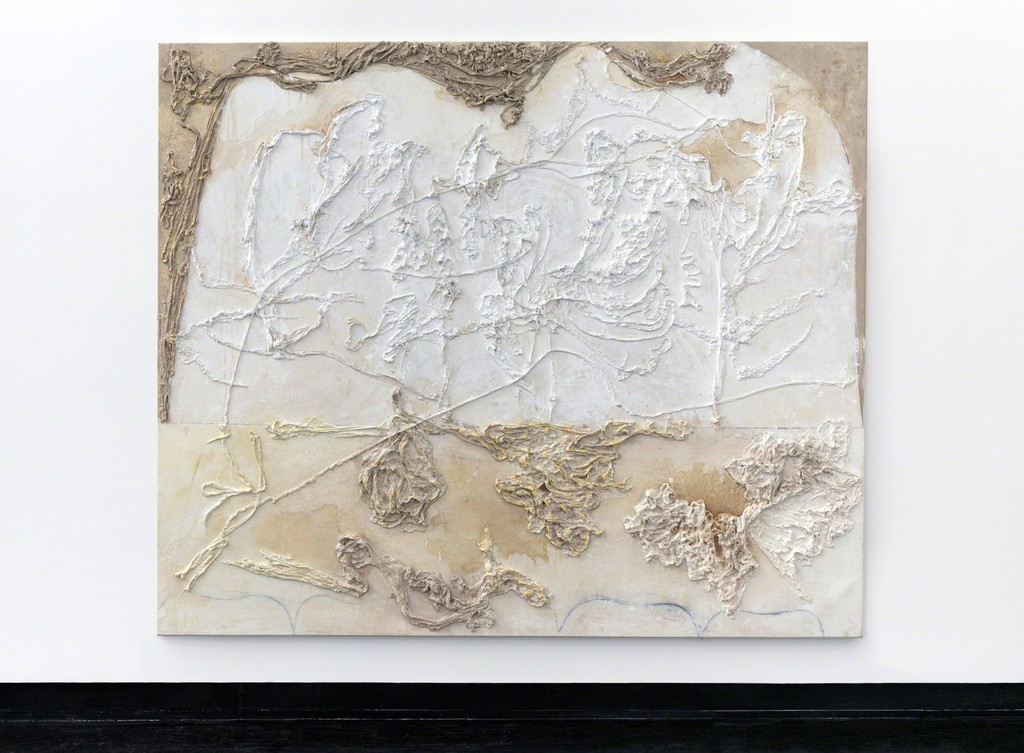 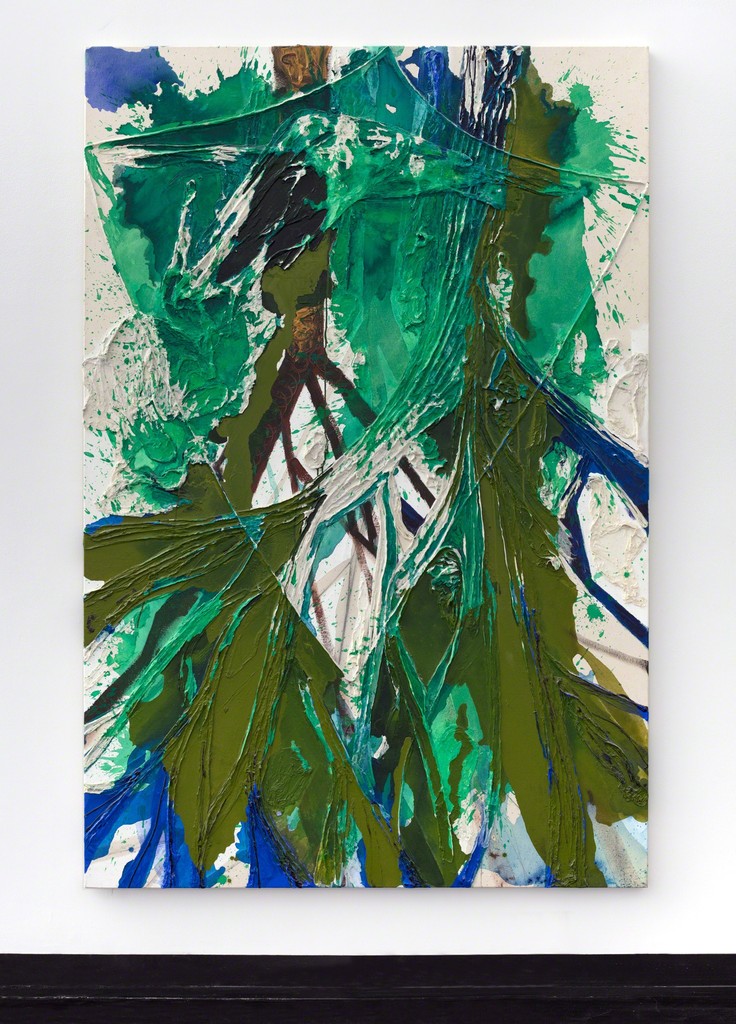 SARATOGA SPRINGS, N.Y. (March 19, 2018) — The Frances Young Tang Teaching Museum and Art Gallery at Skidmore College will present a survey of work by painter Dona Nelson, best known for her bold, free-standing canvases, painted front and back. "Dona Nelson: Stand Alone Paintings," which opens May 12 and runs through August 12, will feature over 30 paintings drawn from the last four decades, bringing together rarely shown figurative works alongside more recent abstractions. The exhibition will provide an overview of the artist’s influential painting career and will demonstrate the breadth and continuity of her experimental practice.

Nelson played a prominent role in shaping the direction of abstract painting in New York and forged an independent style that melds painting with sculpture, oscillates between representation and abstraction, and incorporates multiple media. Her work challenges accepted ideas of what painting is, and how the boundaries between painting and sculpture are defined. In conversation with the gestural forms of Abstract Expressionists, Nelson moves beyond this tradition and transforms her created environments into personal and profound viewing experiences.

"Dona Nelson: Stand Alone Paintings" is curated by Tang Teaching Museum Dayton Director Ian Berry and supported by Friends of the Tang. A comprehensive catalogue by the same name will be available later in the year, chronicling the history of Nelson’s work through images, historical essays, and new scholarship.

About Dona Nelson
Dona Nelson is a painter known for painting both sides of the canvas. Her paintings result from her varied processes of staining, soaking, painting, and stretching the canvas until she decides which side is the front and which side is the back. Nelson often incorporates unconventional materials, such as cheesecloth, modeling paste, or strips of painted fabric or painted string to the work to add textural elements to her paintings. Born in Grand Island, Nebraska, Nelson moved to New York City in 1967 to participate in the newly formed Whitney Independent Study Program. In the following decades, she significantly influenced the direction of abstract painting in the New York art scene.

Nelson’s paintings have been featured in solo exhibitions at the Weatherspoon Art Museum at The University of North Carolina, Greensboro; Pennsylvania Academy of the Fine Arts Morris Gallery, Philadelphia; and more than a dozen galleries in New York City. Her work has been included in numerous group exhibitions nationally and internationally, including the 2014 Whitney Biennial. Her work has also appeared at institutions such as the Contemporary Arts Museum Houston, the Milwaukee Art Museum, the Aldrich Museum, and is included in the collections of the Metropolitan Museum of Art, the Guggenheim Museum, and the Pennsylvania Academy of Fine Arts, among others. In 2013, Nelson received the Artists’ Legacy Foundation Award. She was a 2011 Foundation for Contemporary Arts grant recipient, and received a Guggenheim Fellowship in 1994.

She earned a BFA from Ohio State University in 1968. Nelson lives and works in Philadelphia, PA.

About the Tang Teaching Museum at Skidmore College
The Tang Teaching Museum and Art Gallery at Skidmore College is a pioneer of interdisciplinary exploration and learning. A cultural anchor of New York’s Capital Region, the institution’s approach has become a model for university art museums across the country—with exhibition programs and series that bring together the visual and performing arts with fields of study as disparate as history, astronomy, and physics. The Tang has one of the most rigorous faculty-engagement initiatives in the nation, the Mellon Faculty Seminar, and robust publication and touring exhibition initiatives that extend the institution’s reach far beyond its walls. The Tang Teaching Museum’s building, designed by architect Antoine Predock, serves as a visual metaphor for the convergence and exchange of ideas that the institution catalyzes. More information at http://tang.skidmore.edu.