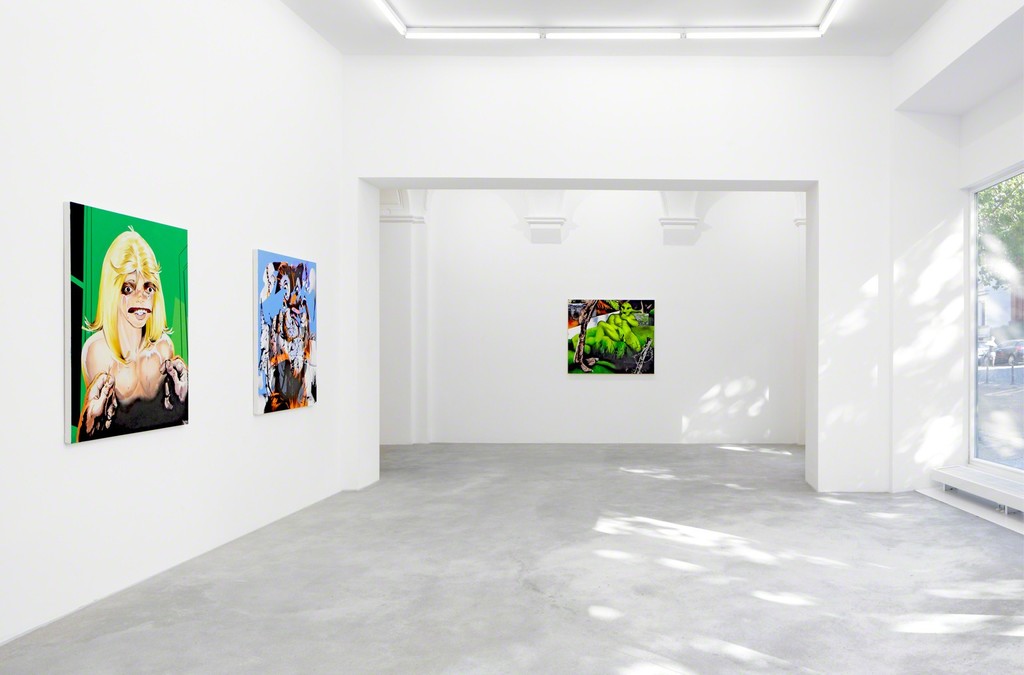 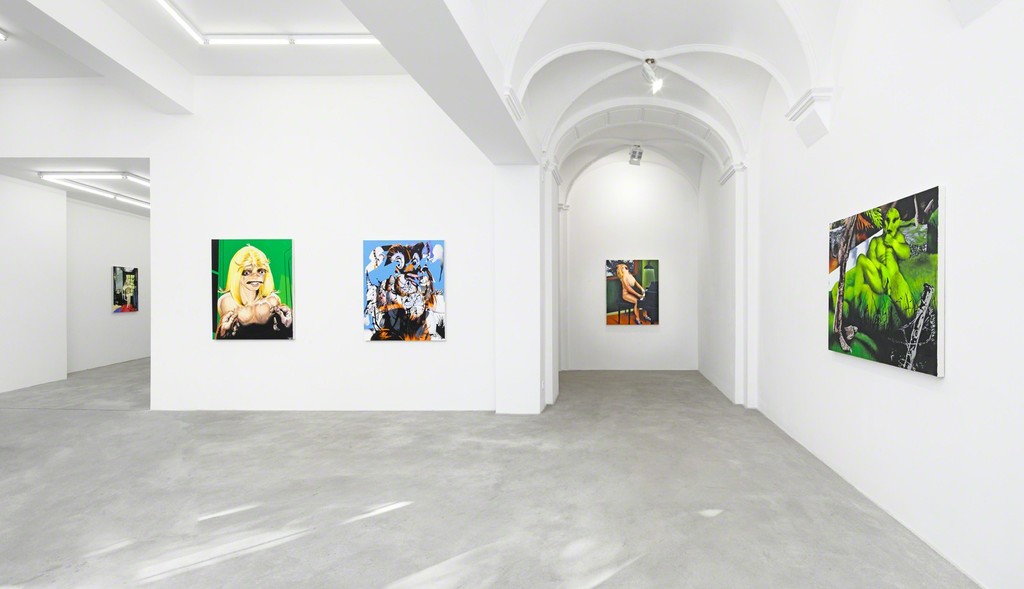 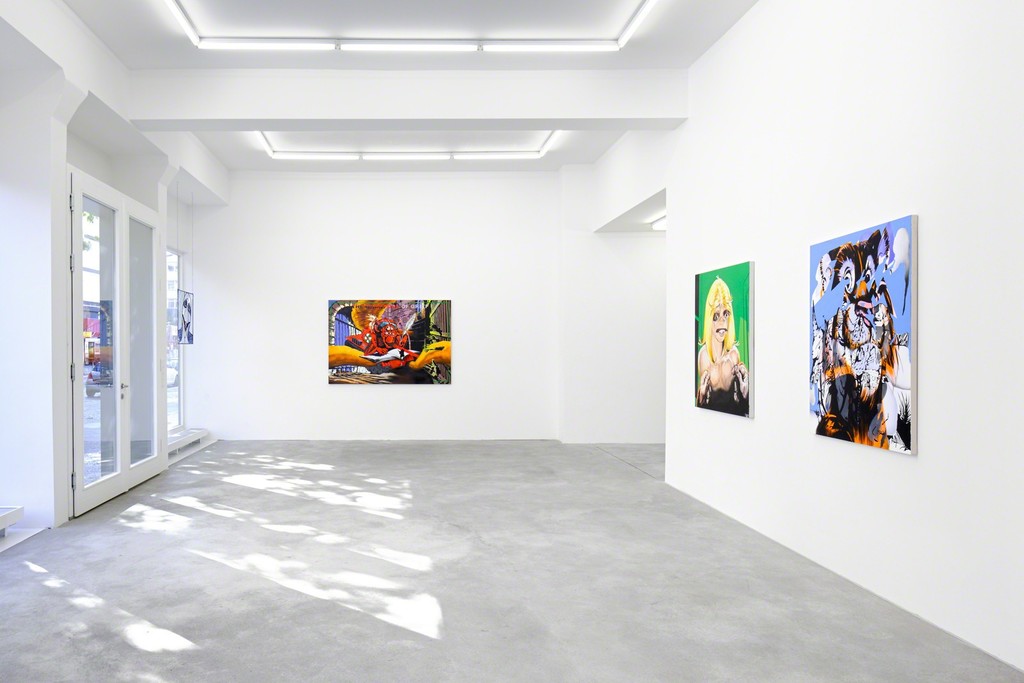 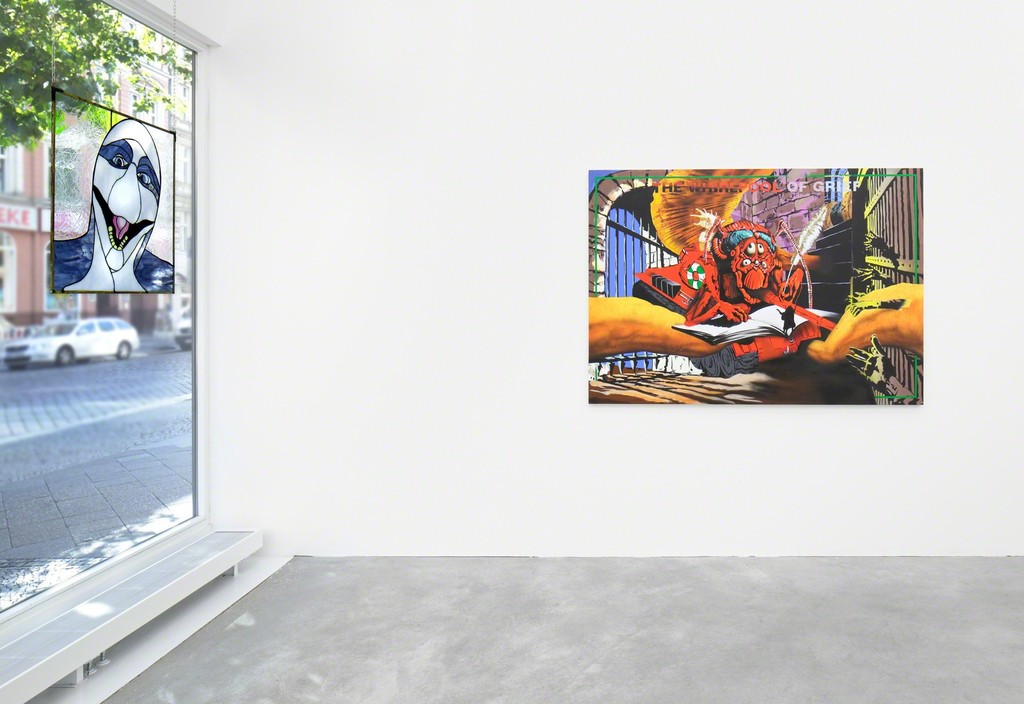 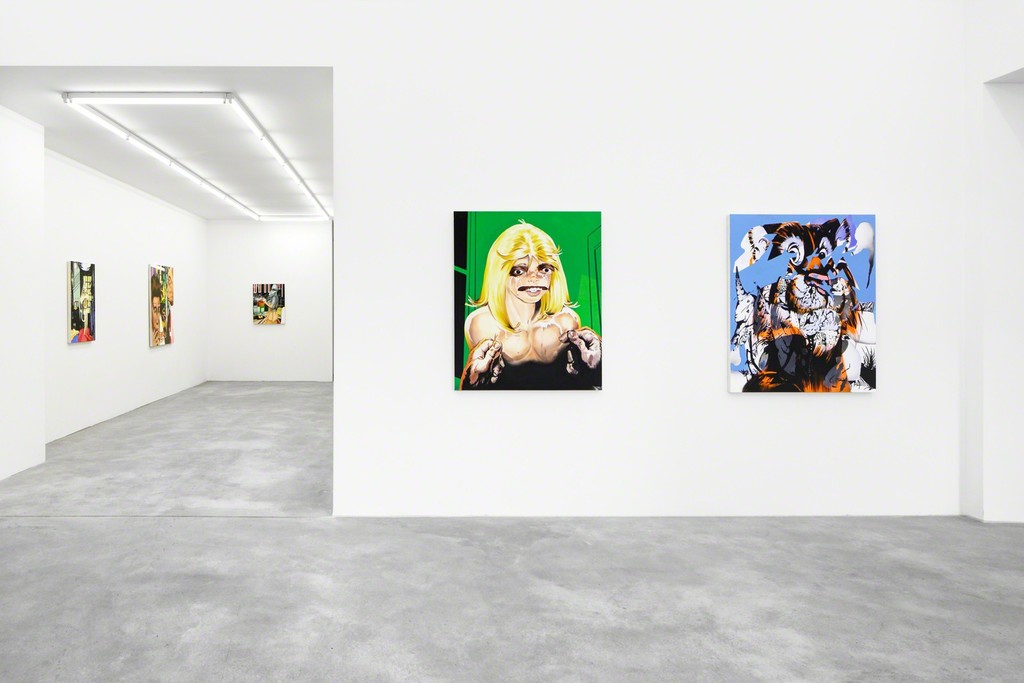 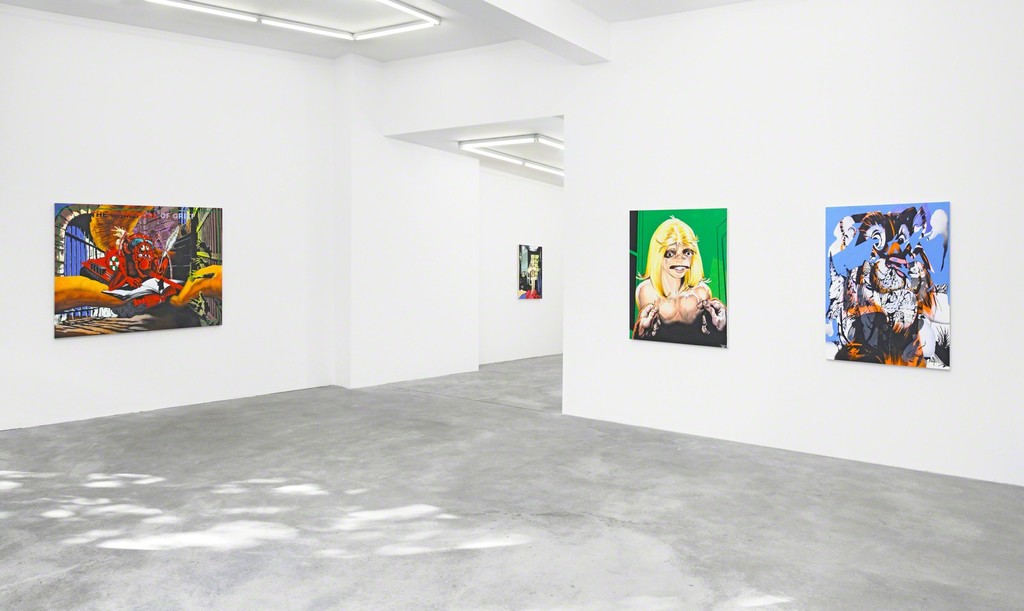 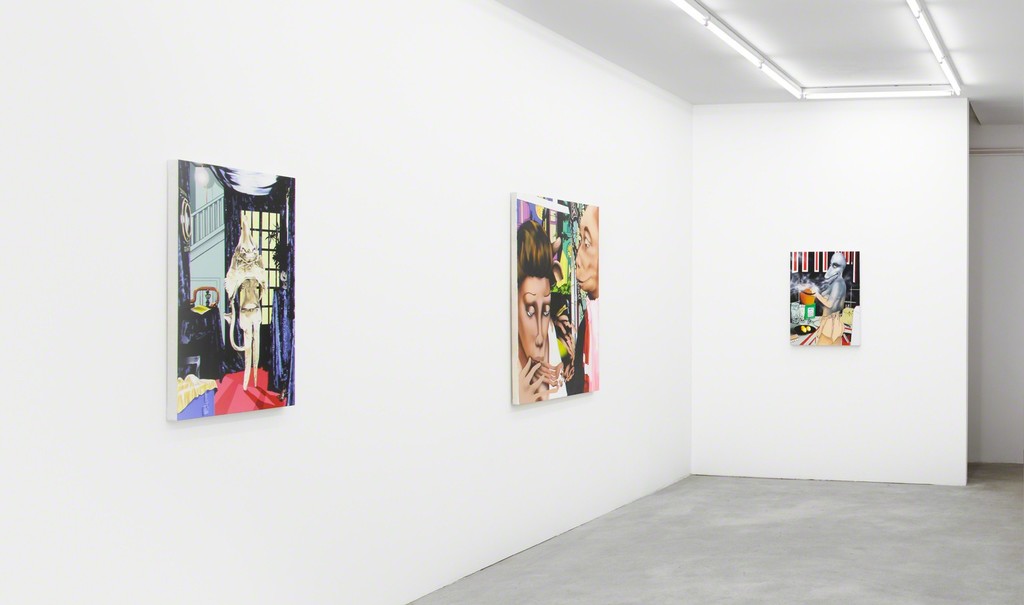 'Nudge the Judge' is Jamian Juliano-Villani’s first solo exhibition in Europe. On view are eight new paintings that pluck influence from fetish culture, exhibitionism, curiosities of nature, and her ever-growing register of imagery pulled from popular culture. Juliano-Villani’s canvases pack such a volume of imagery and reference that they betray their pop-y superficiality almost immediately. A glance at one painting can reveal quotations as far reaching as Mondrian, Caulfield, and George Ault, to the legendary illustrators such as Ralph Bakshi and Mort Drucker. Made to act in new roles, Juliano-Villani’s characters are deployed by the artist as totems of class politics, misogyny, racism, consumerism and self-doubt.

'Nudge the Judge' assembles a cast who seem to catch us as voyeurs, while at the same time acknowledging and welcoming their viewers’ gazes. A blow-up doll plays the piano in 'The Entertainer'. A topiary fondles himself in one work, a half-dolphin in garters and an apron looks becomingly back at us in another. For as much a Juliano-Villani exploits quotation and collage, these paintings hold a psychology that is entirely their own.

Jamian Juliano-Villani lives and works in Brooklyn. Her work has been exhibited widely over the past three years including exhibitions at JTT, New York; Gavin Brown’s Enterprise, New York; SculptureCenter, New York; Night Gallery, Los Angeles; and MOSTYN, Wales. Her first institutional show was held at the Museum of Contemporary Art, Detroit this January, curated by Jens Hoffmann. Juliano-Villani is preparing a solo exhibition at Studio Voltaire, London in 2016, which will be accompanied by a catalogue. Her work will be featured in the upcoming exhibitions 'Unorthodox' at the Jewish Museum, New York, and 'Greater New York' at MoMA PS1, New York.