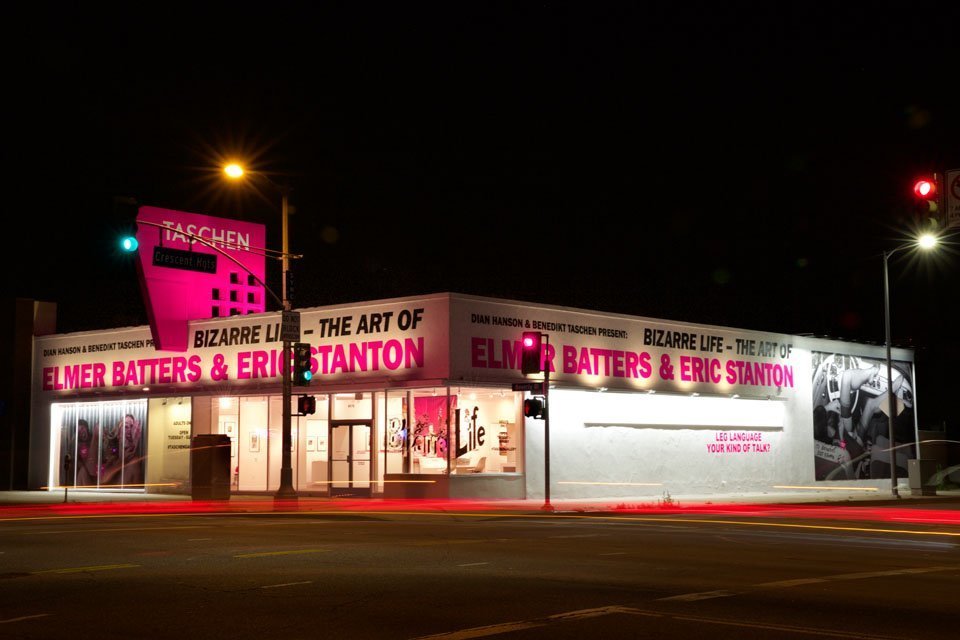 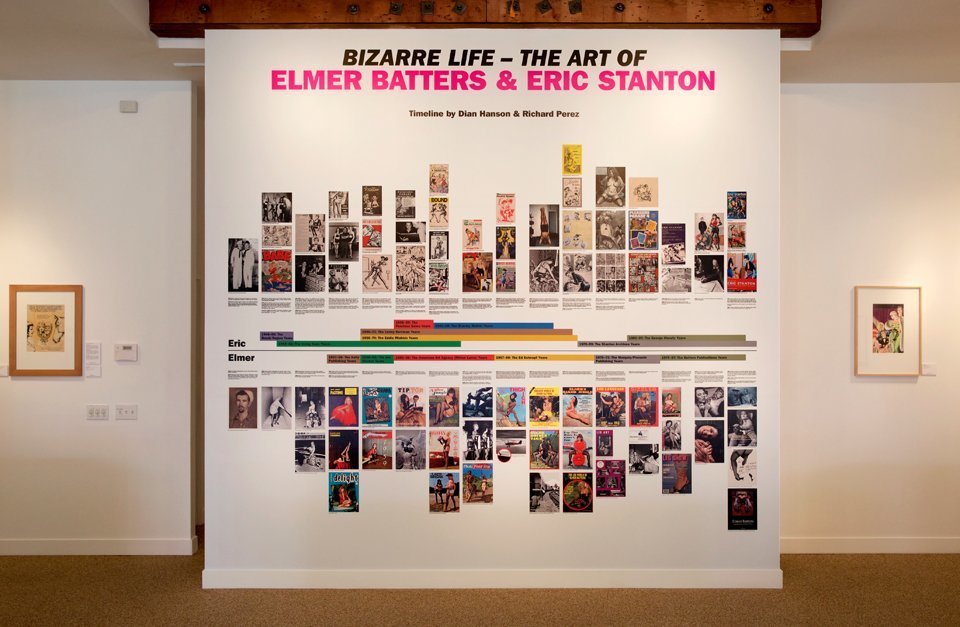 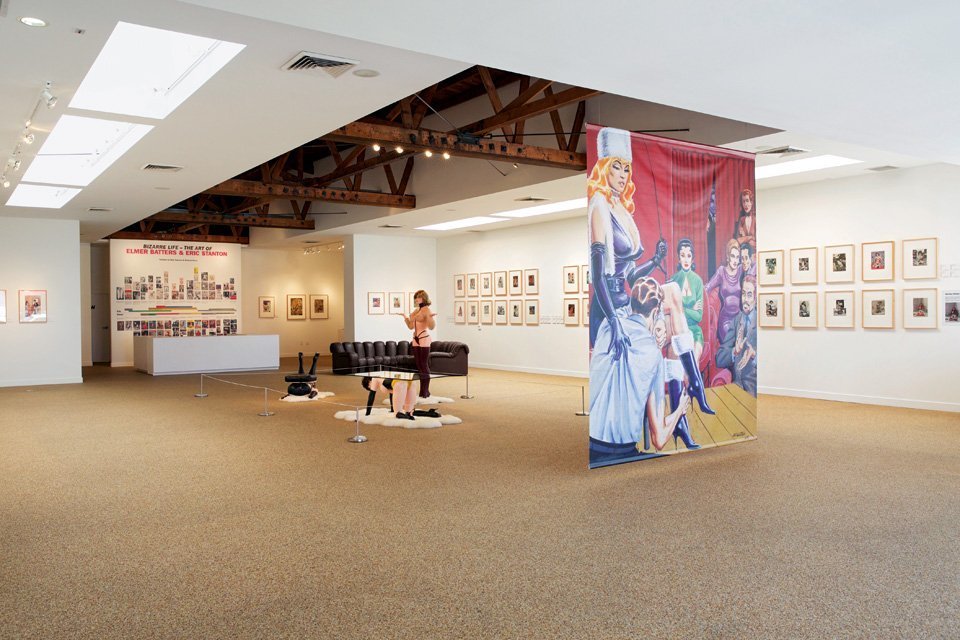 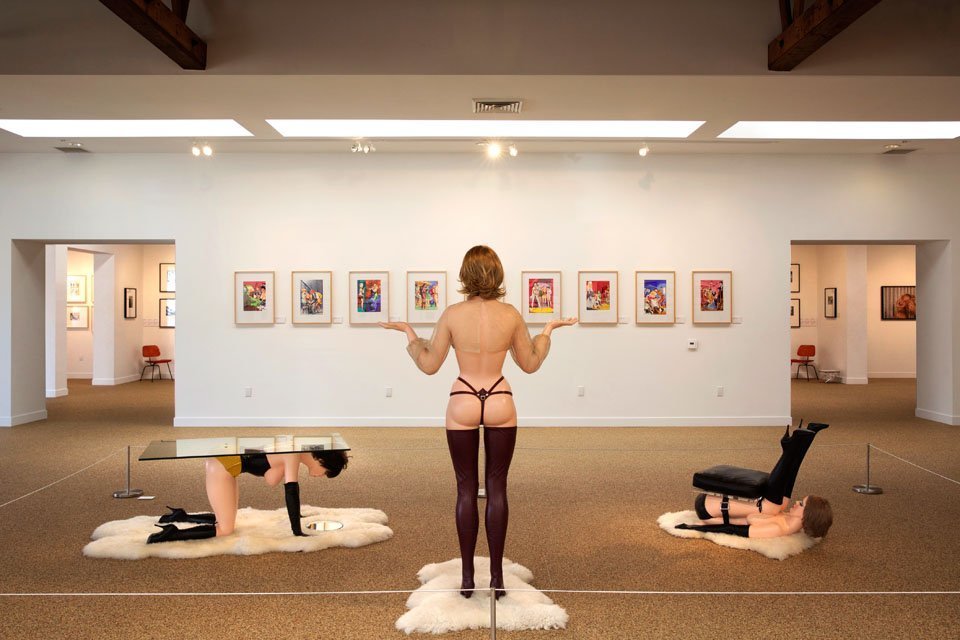 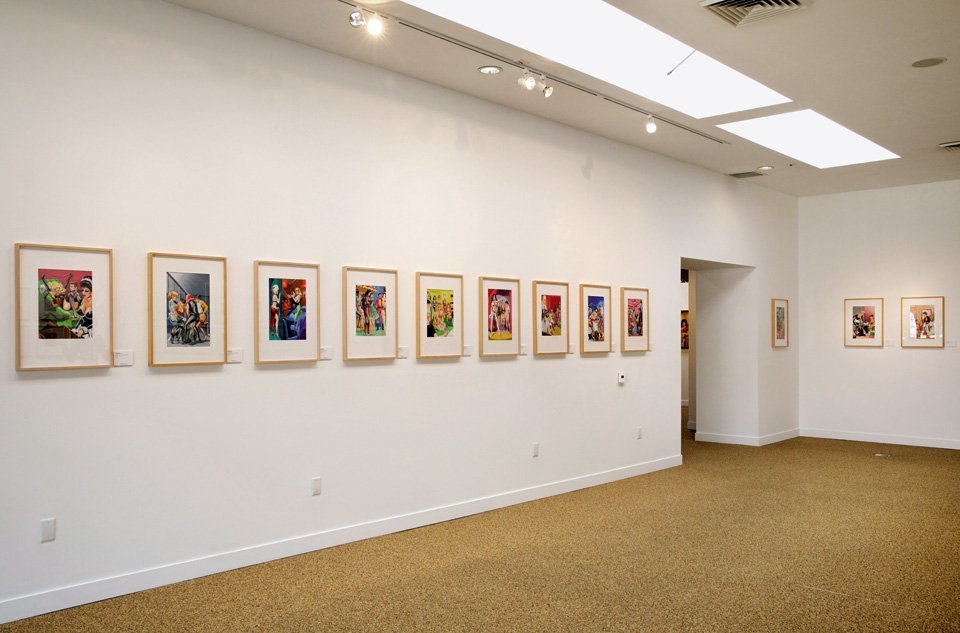 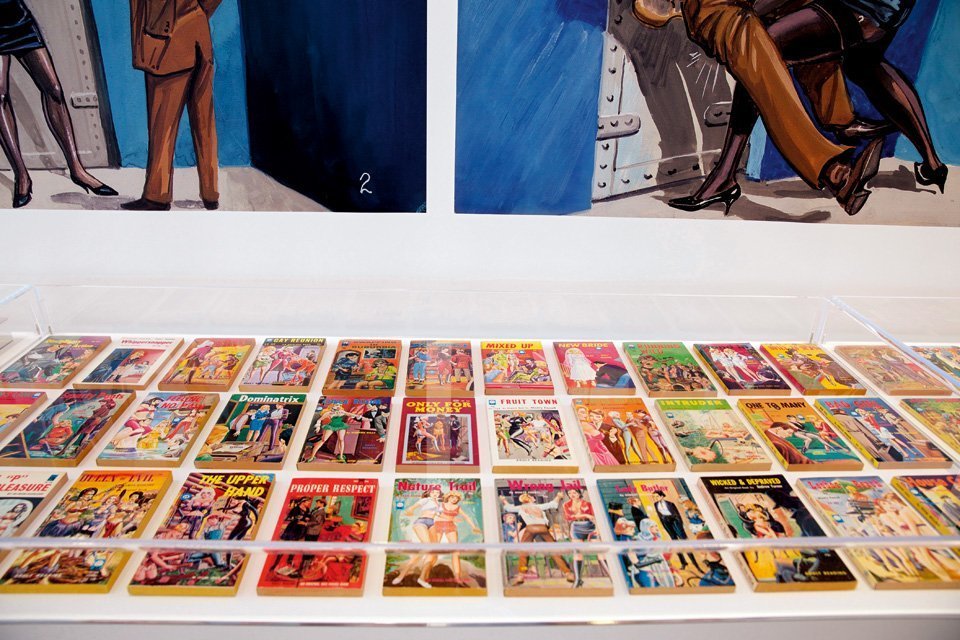 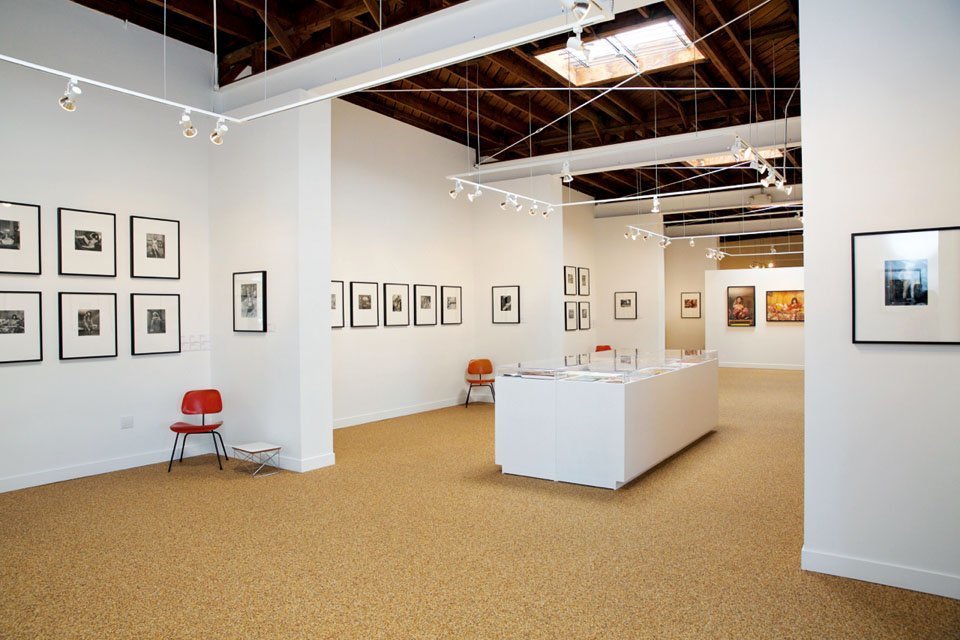 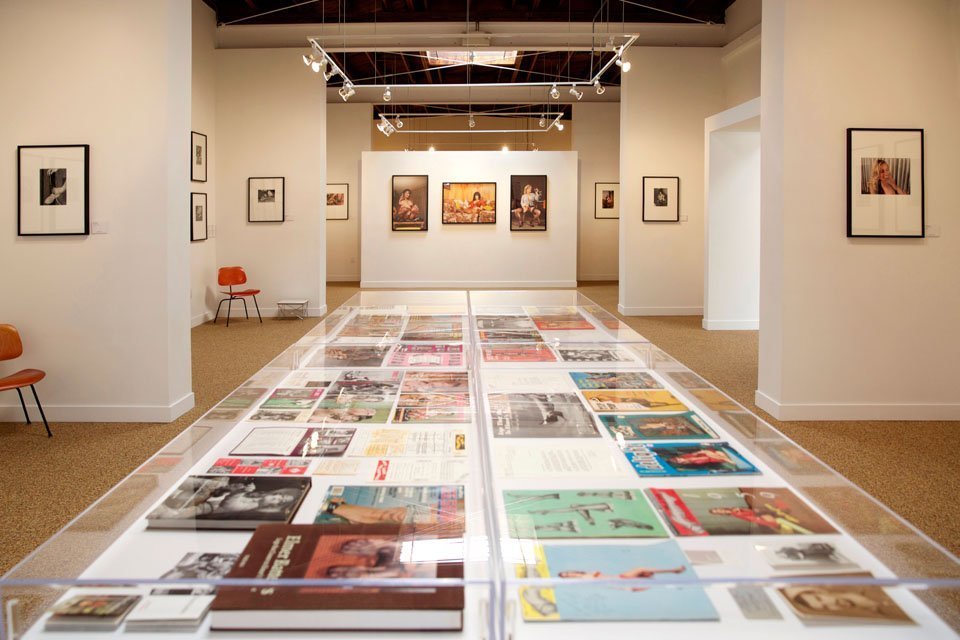 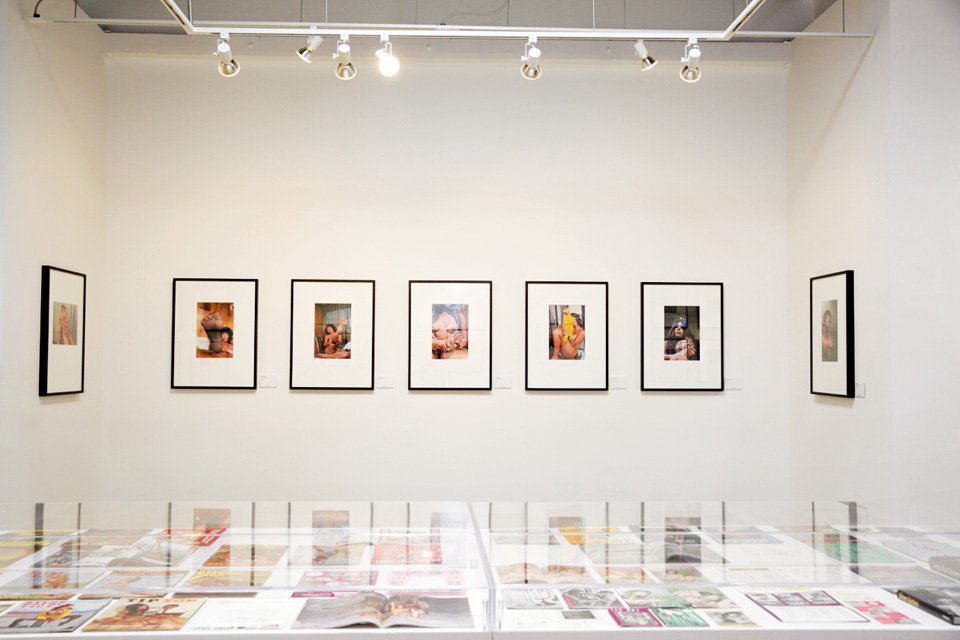 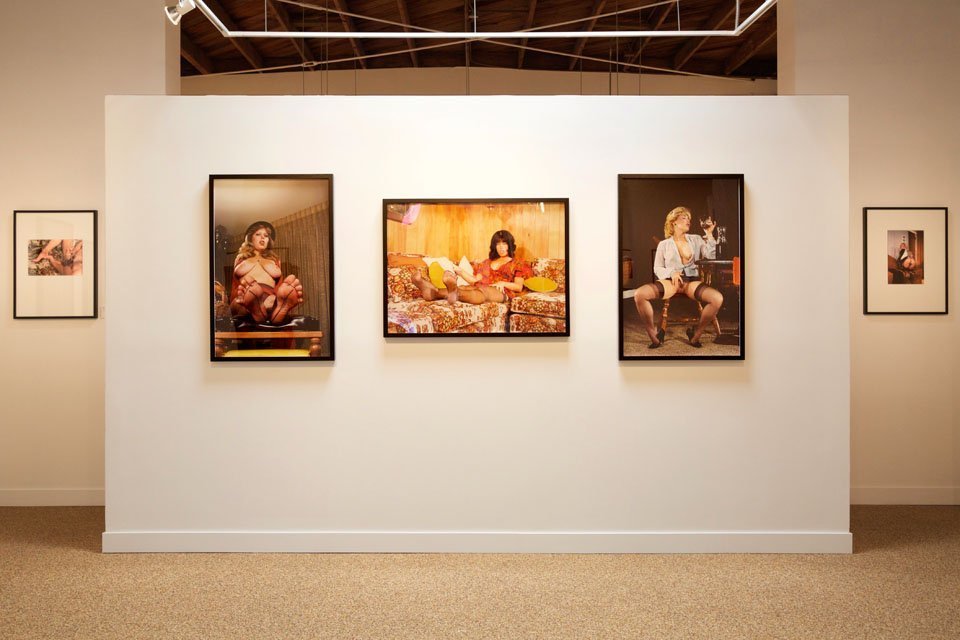 Embrace Your Fantasies: Bizarre Life – The Art of Elmer Batters & Eric Stanton
If not for the moral chaos of World War II, Eric Stanton and Elmer Batters might have sublimated their indecent obsessions and spent lives illustrating catalogs, or photographing weddings. But after the clarifying effect of near death, each embraced his difference, and returned home to hack a heroic creative path through contemptuous and villainous publishers, multiple arrests, loss of family, and occasionally, freedom, to be who he had to be.

TASCHEN Gallery announces the opening of Bizarre Life – The Art of Elmer Batters & Eric Stanton, a controversial and essential exhibit that traces the artistic struggle of these two pioneers of fetish art, from the gritty post-war streets of Times Square to their position today as cultural icons.

Eric Stanton known as The Rembrandt of Pulp Culture, was an inspiration for artists such as Richard Lindner, Allen Jones and Helmut Newton. He created thrilling panel stories and colorful pulp fiction covers of voluptuous, demanding women overpowering uppity males. Today, his work is defined as female empowerment, and as caricature of female-dominance fantasy – a dichotomy that delights contemporary culture, but initially forced him into abusive underworld partnerships in a pre-feminist society averse to female strength. “A woman has to be strong. The bigger the better,” was his motto.

Elmer Batters was dubbed the Dean of Leg Art for his unique approach to photographing women’s legs and feet, but while his work brought solace to legions of foot fetishists, the courts called it dangerously perverse and hounded him his whole life. “I felt that people almost saw me as un-American for not mooning over large mammaries,” he said.

Featuring over 200 original works Bizarre Life showcases these artists together for the first time, creating a forum to explore the origins of our current sexual autonomy while raising questions of power and dominance, sexual freedom and sexual repression, and examines their far reaching effects on contemporary art.

Bizarre Life is curated by Dian Hanson and Benedikt Taschen in collaboration with Richard Perez. TASCHEN published Elmer Batters: From the tip of the toes to the top of the hose (1996), and The Art of Eric Stanton: For The Man Who Knows His Place (1997) and returned these singular talents to fashion and recognition.

Elmer Batters (1919 – 1997) served aboard a submarine in World War II where he became aware that his sexual tastes were different from his shipmates. Following his discharge he married his first leg model, settled in Rancho Palas Verdes, and made a career photographing women with an emphasis on legs and feet. He created 18 original magazine titles, including Elmer’s Naked Jungle, The Sneaker World of Elmer Batters, and Legs That Dance to Elmer’s Tune, and is the subject of two TASCHEN books.

Eric Stanton (1926 – 1999) was born in Brooklyn and served in the Navy during World War II. In 1948 he began drawing “fighting girl” serials for the infamous Irving Klaw and spent the next 50 years creating fetish illustrations, serial stories and pulp paperback book covers in pen and ink, watercolor, gouache and multi-media collage with subjects including female dominance, bondage, face sitting and transgender themes. He famously shared a studio with comic legend Steve Ditko and assisted in the creation of Spider-Man. He is also the subject of two TASCHEN books.