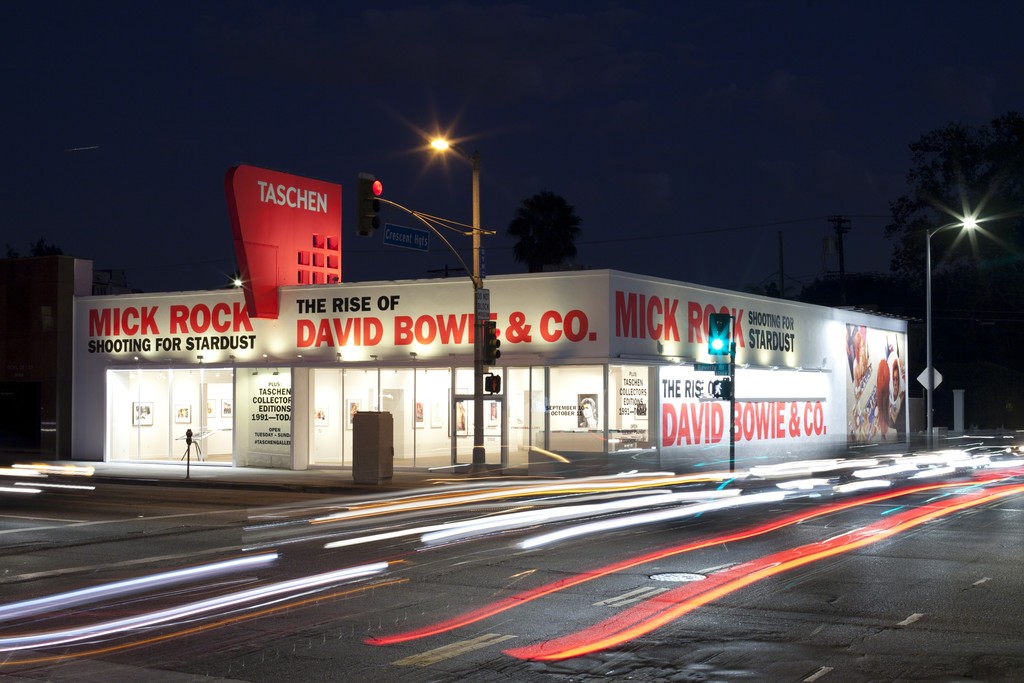 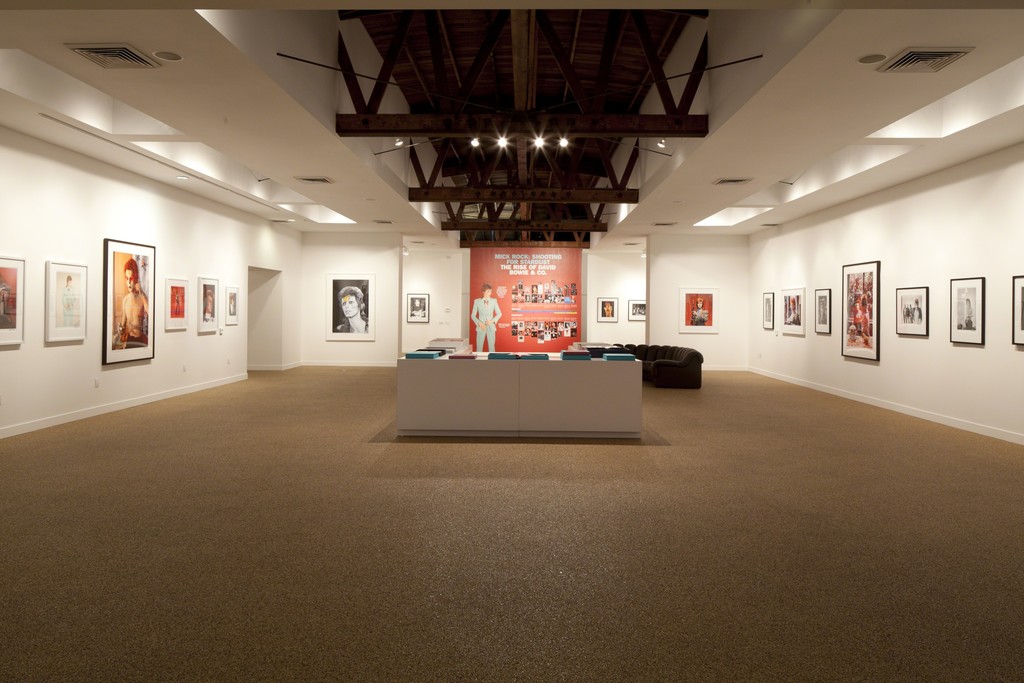 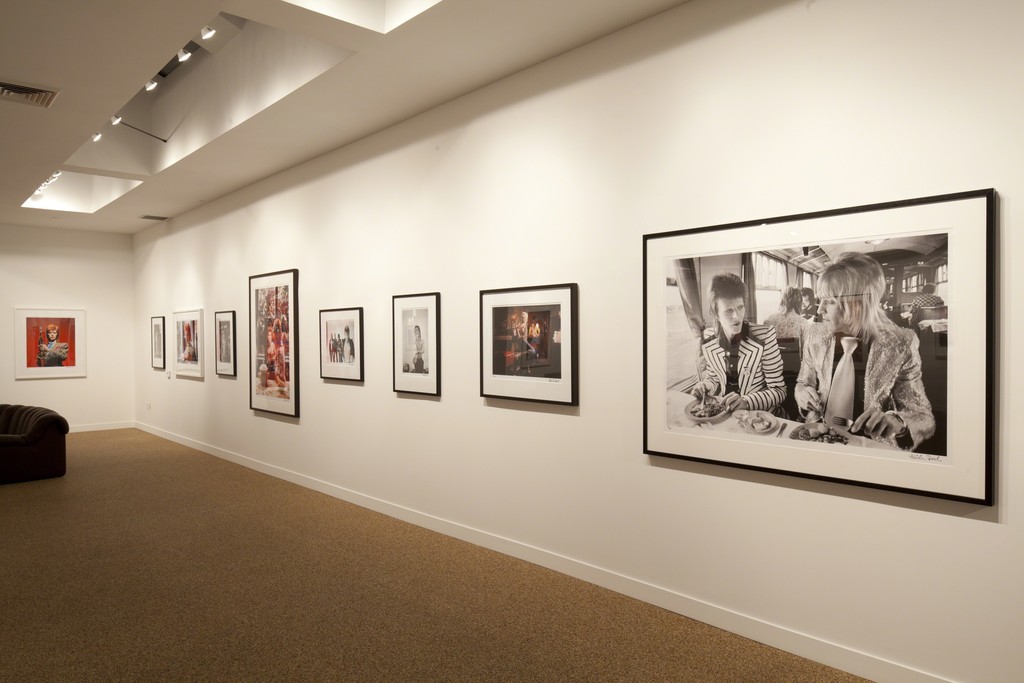 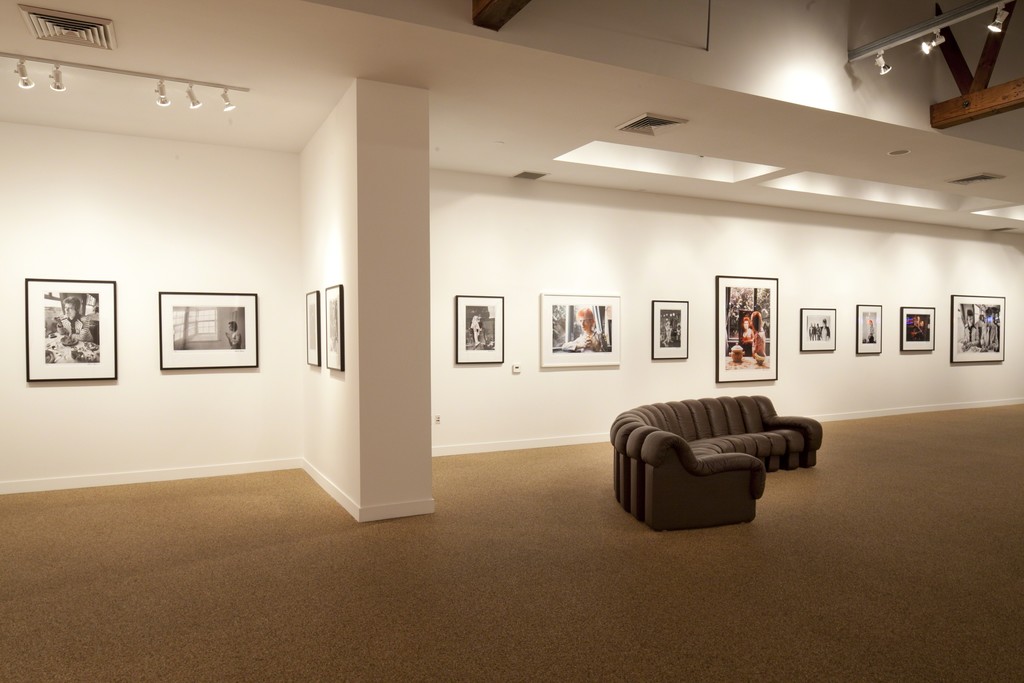 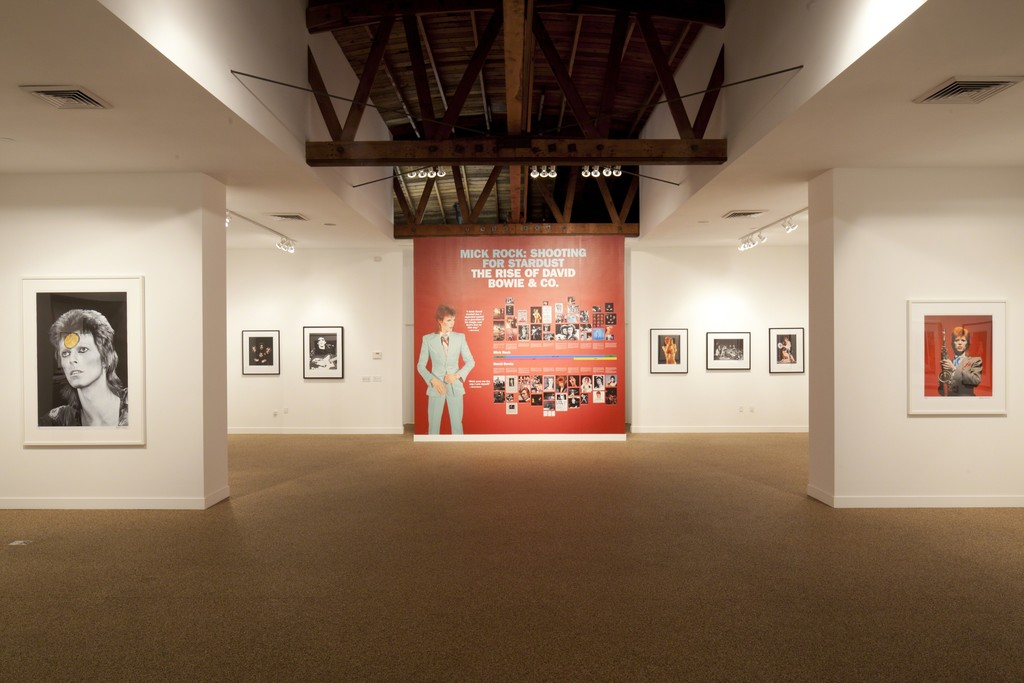 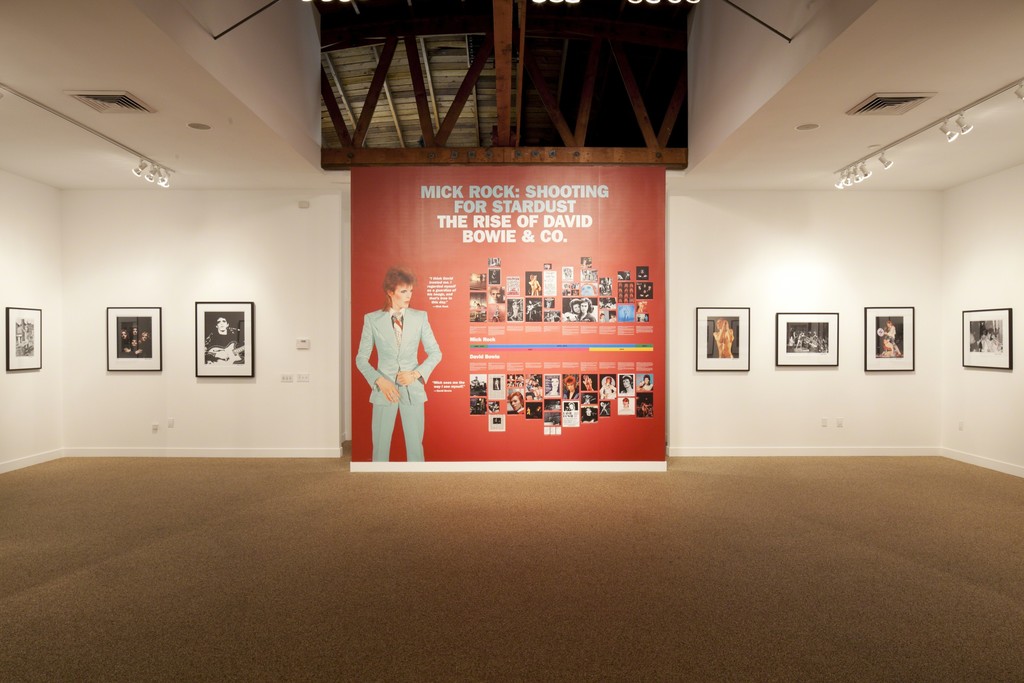 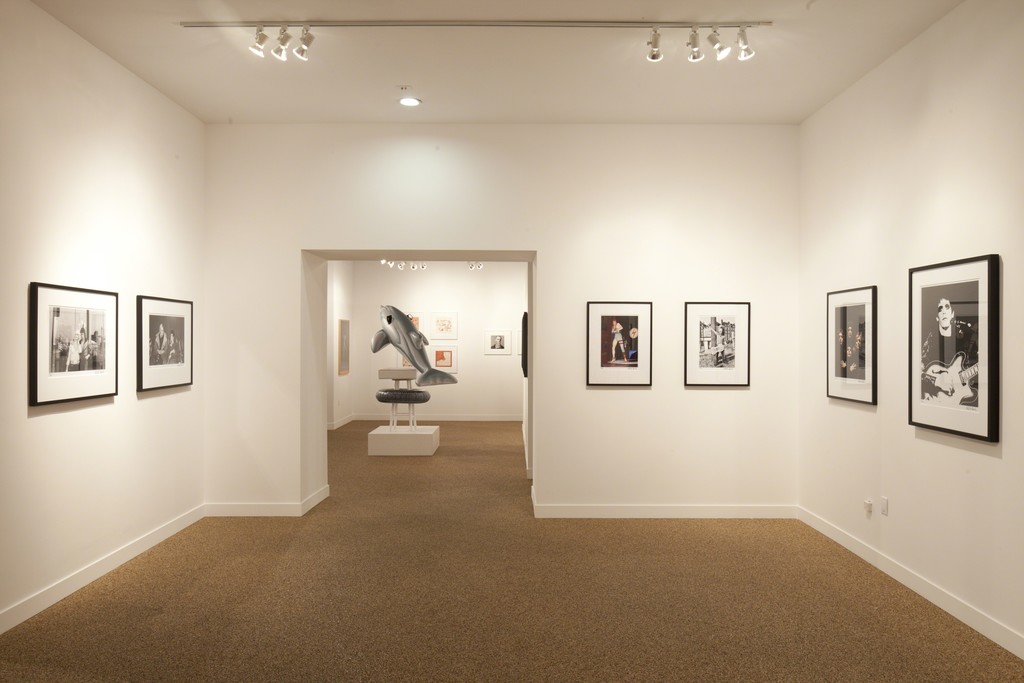 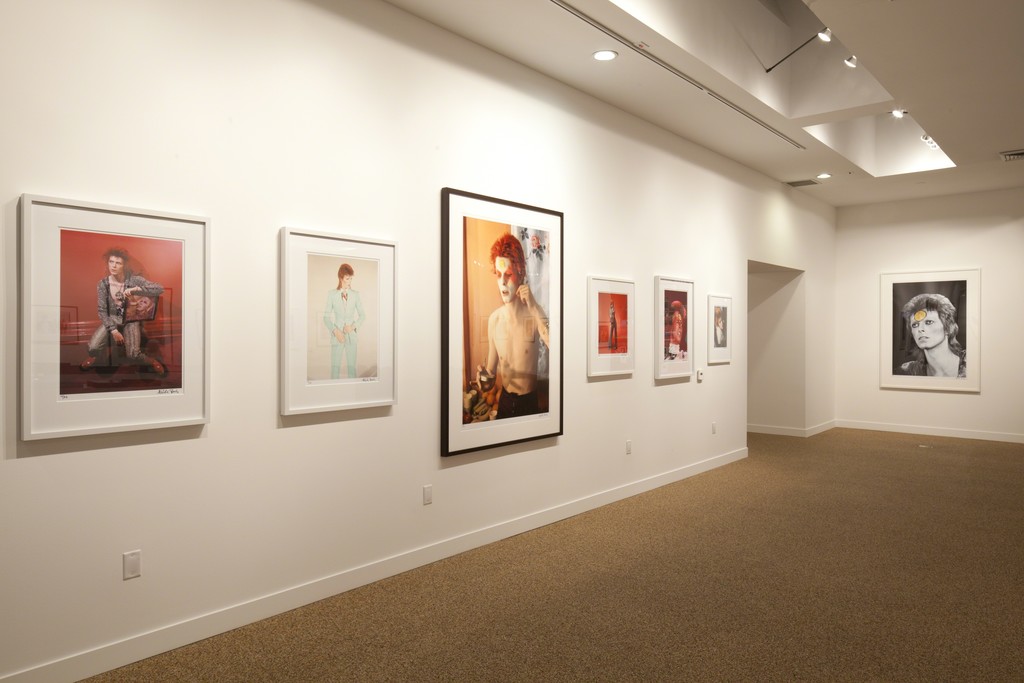 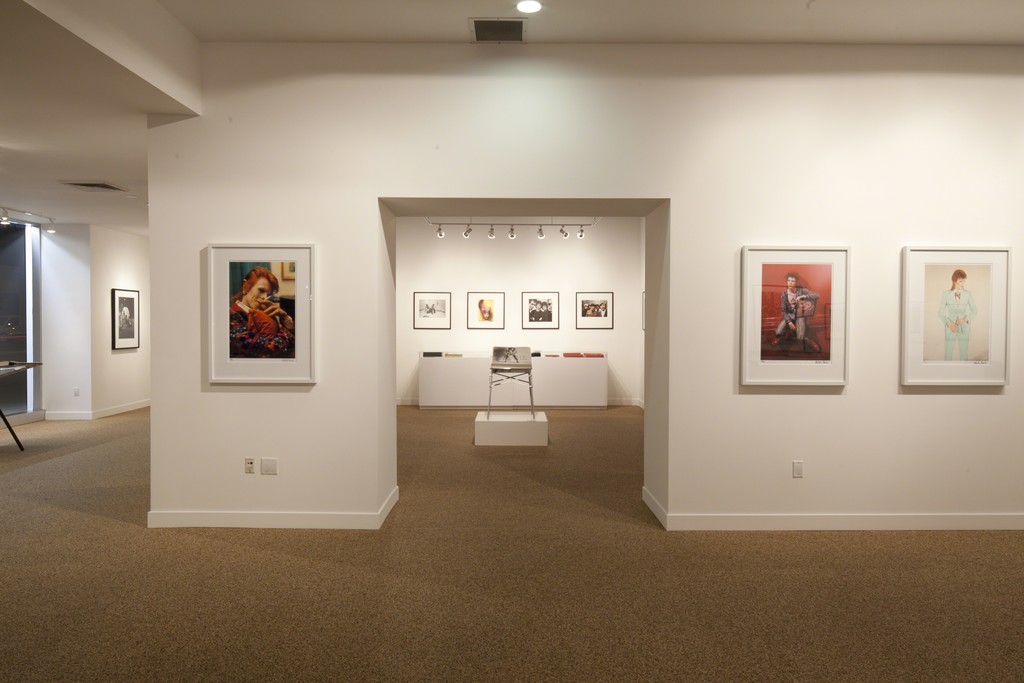 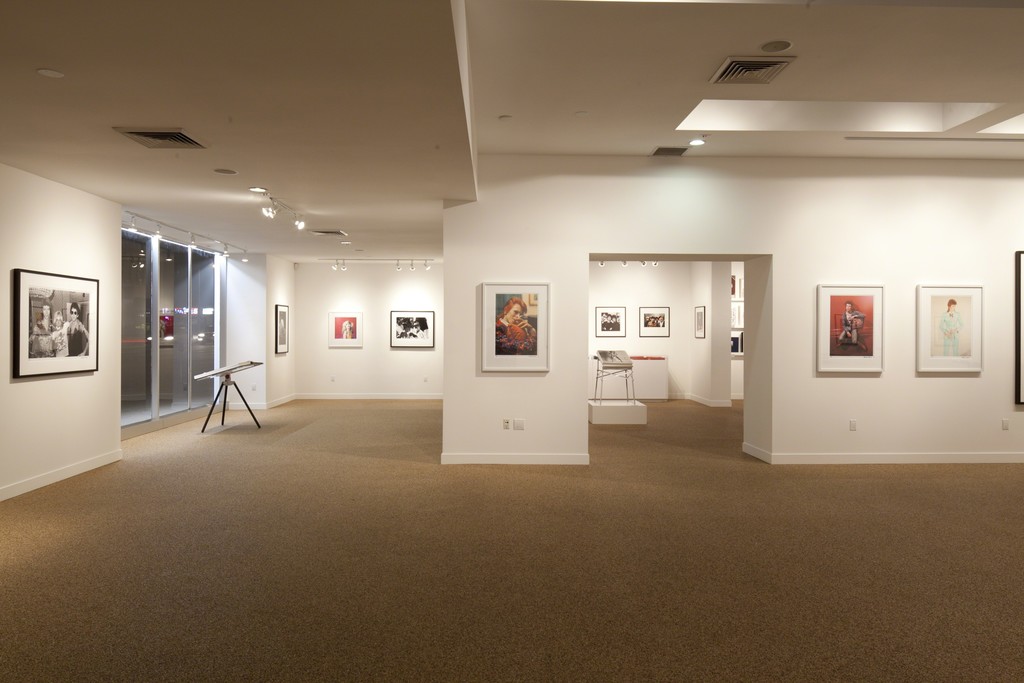 “Mick sees me the way I see myself.”

So spoke David Bowie in May 1972 after viewing the results of his first formal shoot with photographer Mick Rock. The following month Bowie released his groundbreaking album The Rise and Fall of Ziggy Stardust and the Spiders from Mars. With it landed his Stardust alter ego: a glitter-clad, jumpsuited, sexually ambiguous persona who kicked down the boundaries between male and female, straight and gay, fact and fiction into one shifting and sparkling phenomenon of ’70s self-expression. Together, Ziggy the album and Ziggy the stage spectacular propelled the Londoner into worldwide stardom.

After the success of his first photo session, Rock became a key passenger on this glam trip into the stratosphere. Between 1972 and 1973, he worked as Bowie’s official photographer and creative director, immersing himself in the inner circle, and bonding with Bowie both personally and artistically. “I think David trusted me,” reflects Rock. “I regarded myself as a guardian of his image, and that’s true to this day.”

TASCHEN Gallery is proud to announce the opening of Mick Rock: Shooting for Stardust, The Rise of David Bowie & Co., coinciding with the launch of the TASCHEN Collector’s Edition The Rise of David Bowie: 1972–1973, limited to 1972 copies, each signed by David Bowie and Mick Rock.
The exhibition presents formal portraits, spectacular stage shots, intimate backstage and on-the-road photos, and many images never before seen in public. The pictures bear witness to Rock’s unique style and unprecedented access to Bowie, while rejoicing in the experimentation and daring of the space-alien postmodern rock star Ziggy Stardust, who continues to enthrall and inspire. The exhibition also features Rock’s classic photographs of other 1970s luminaries who crossed creative paths with Bowie, including Lou Reed, Iggy Pop, and Queen.

Often dubbed “The Man Who Shot the 1970s,” Mick Rock was born in London in 1948 and educated at Cambridge University. His first photographic subject was the legendary Syd Barrett, a founding member of Pink Floyd. He went on to work with David Bowie, Lou Reed, Queen, Iggy Pop, Roxy Music, and Blondie. He also produced and directed music videos for the classic Bowie songs “John, I’m Only Dancing,” “The Jean Genie,” “Space Oddity,” and “Life On Mars?” Rock has had major exhibitions in London, New York, Tokyo, San Francisco, and Las Vegas, and has recently been the subject of an Ovation TV series.