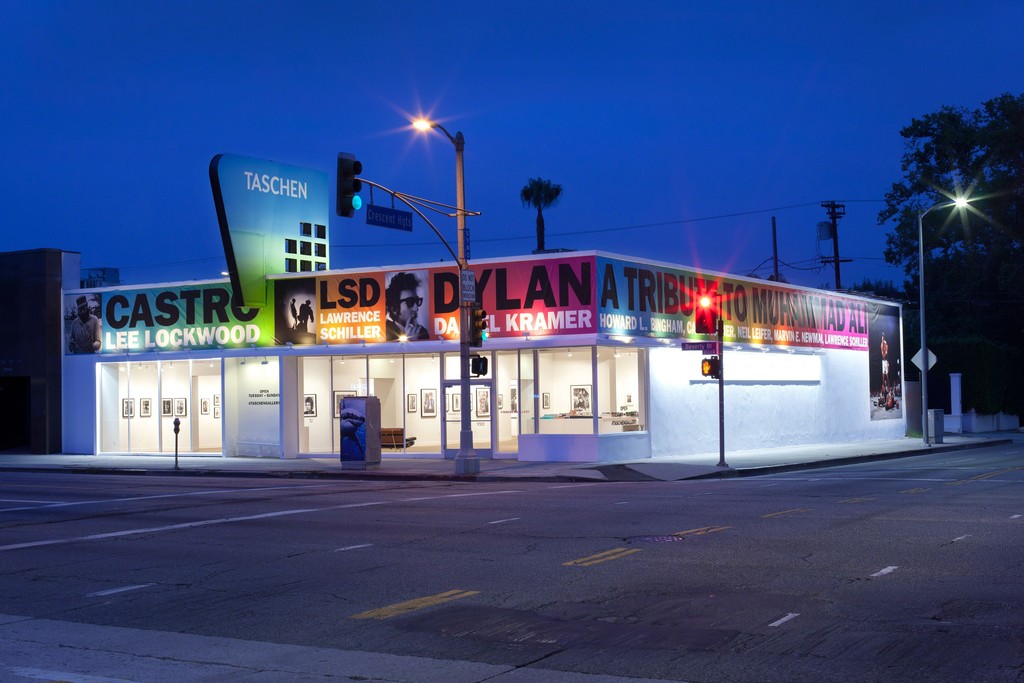 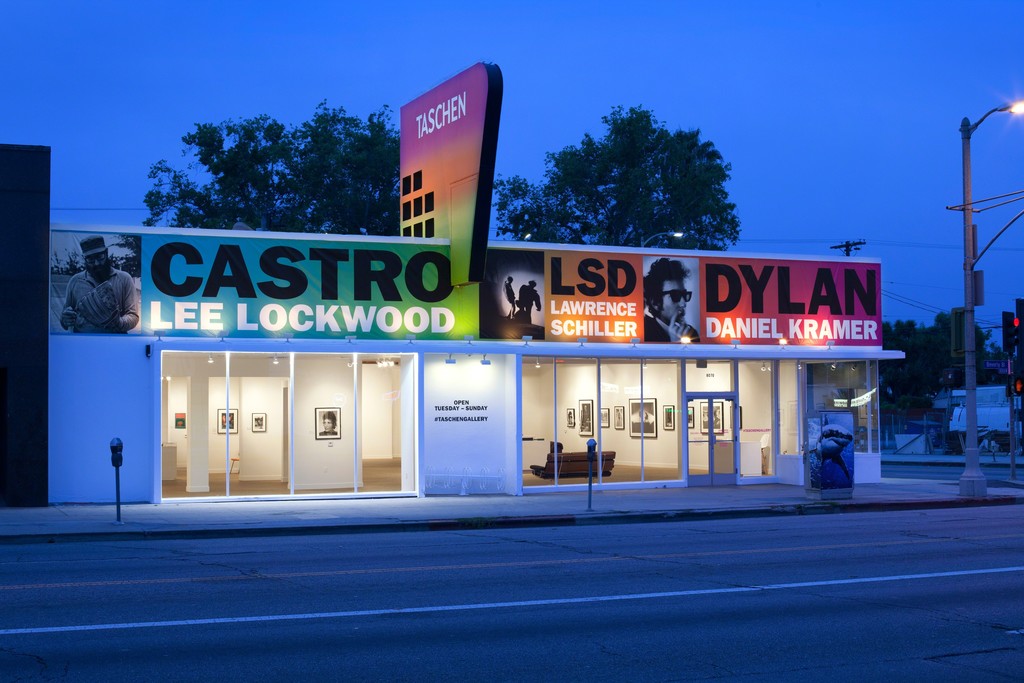 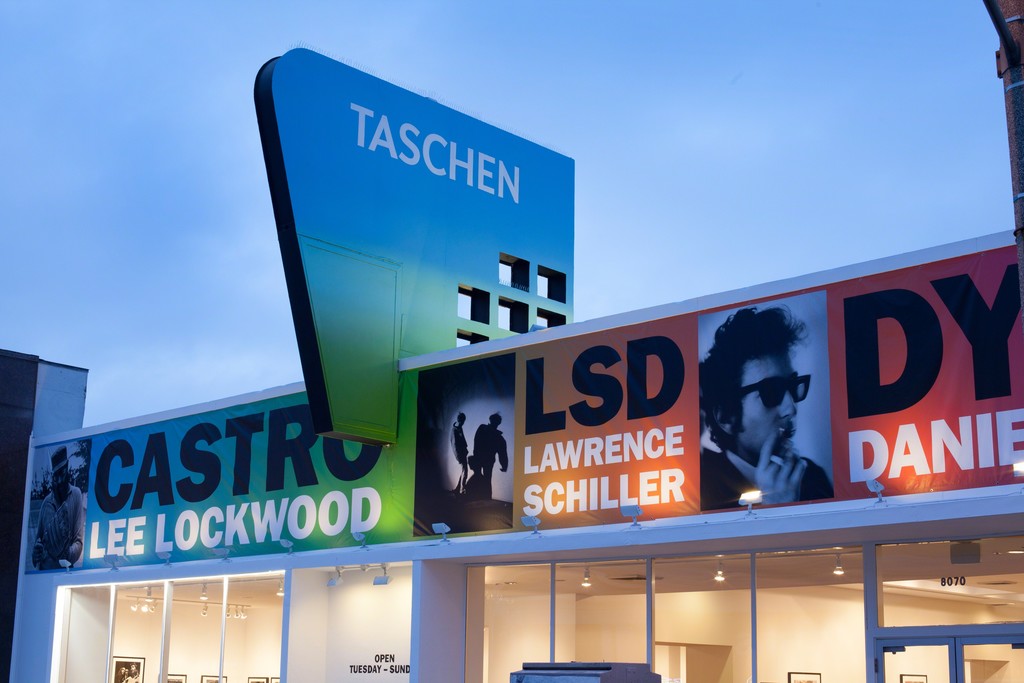 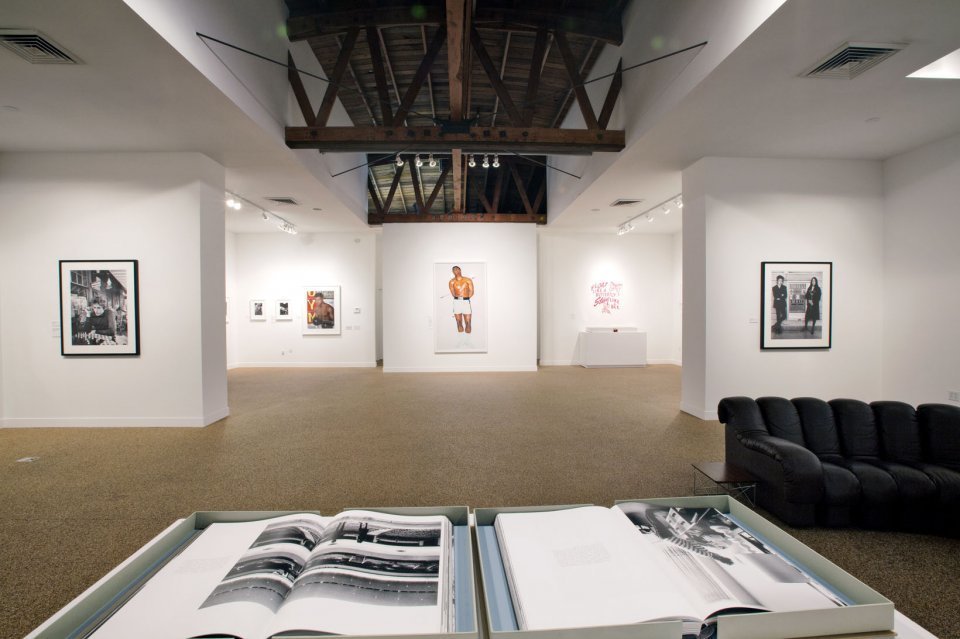 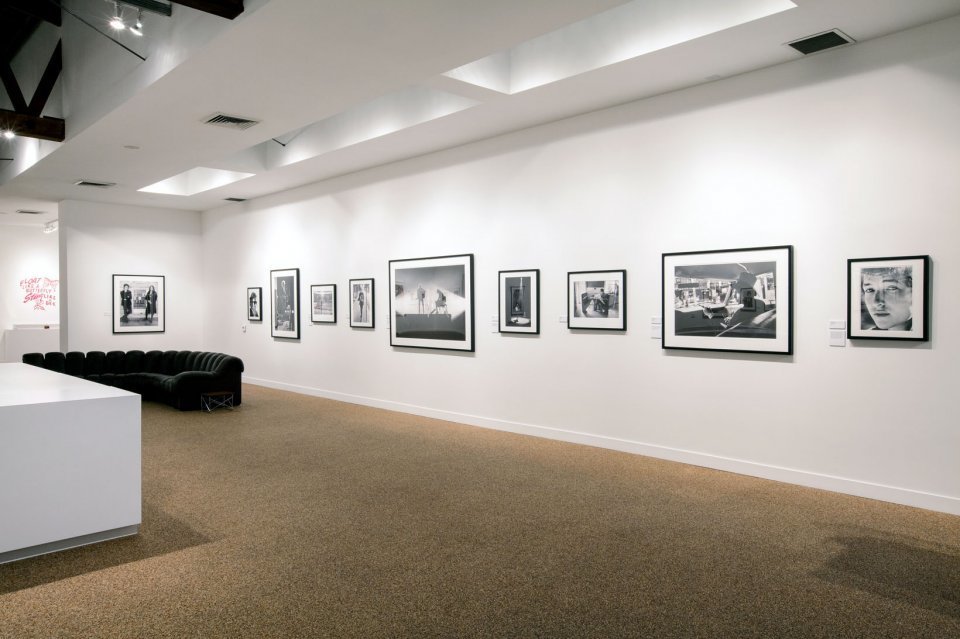 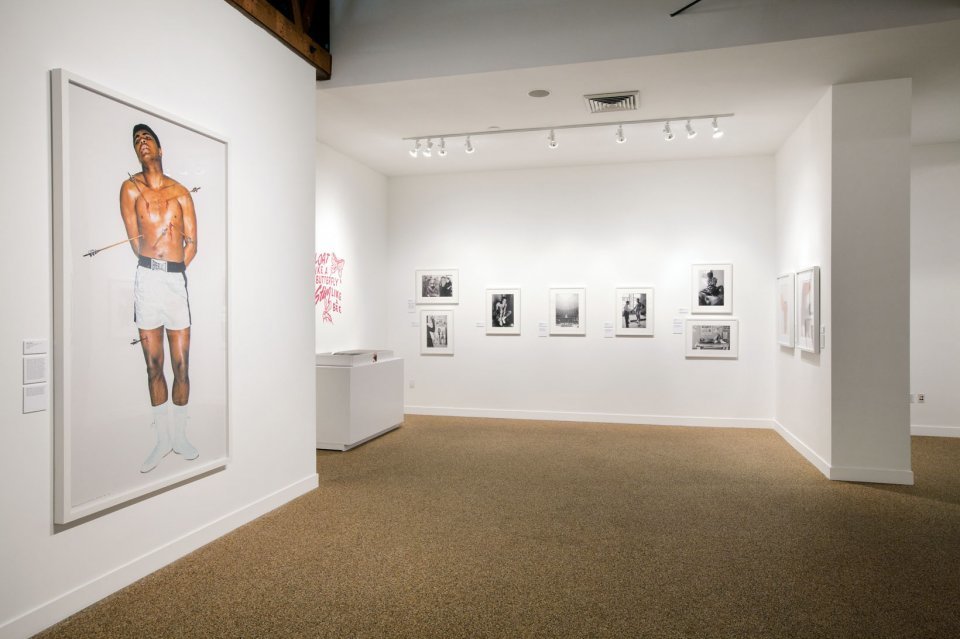 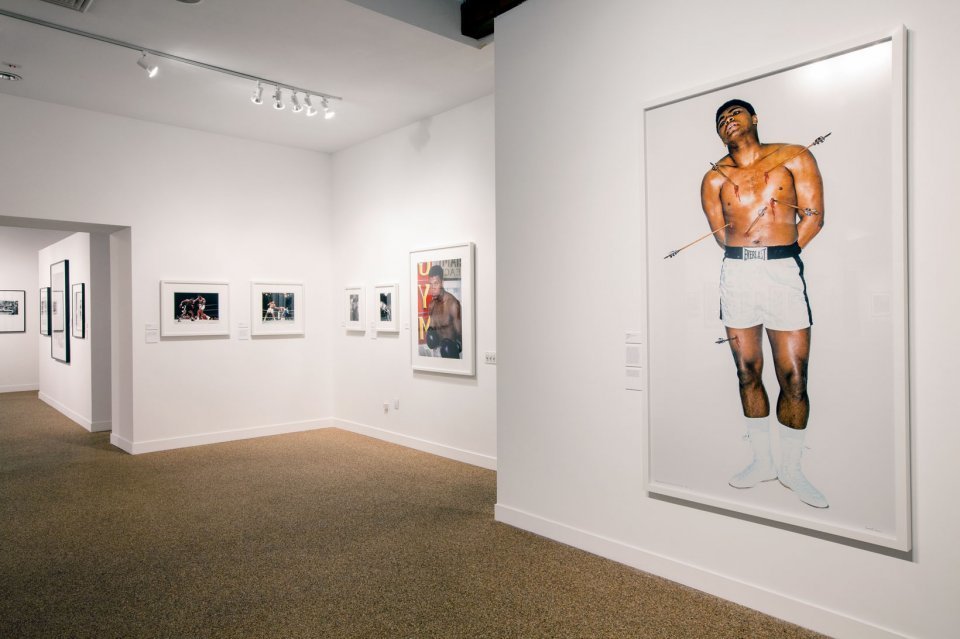 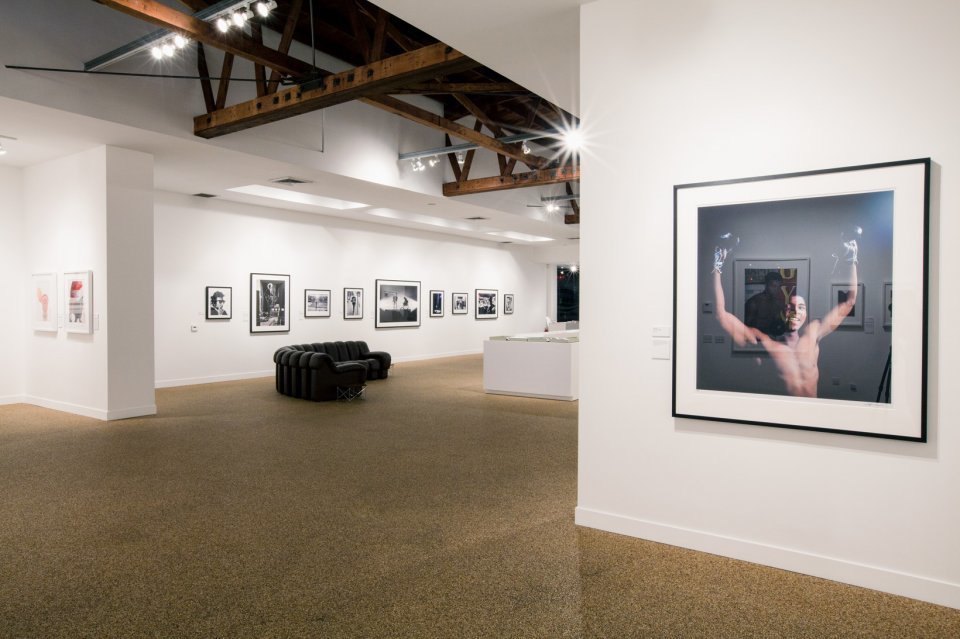 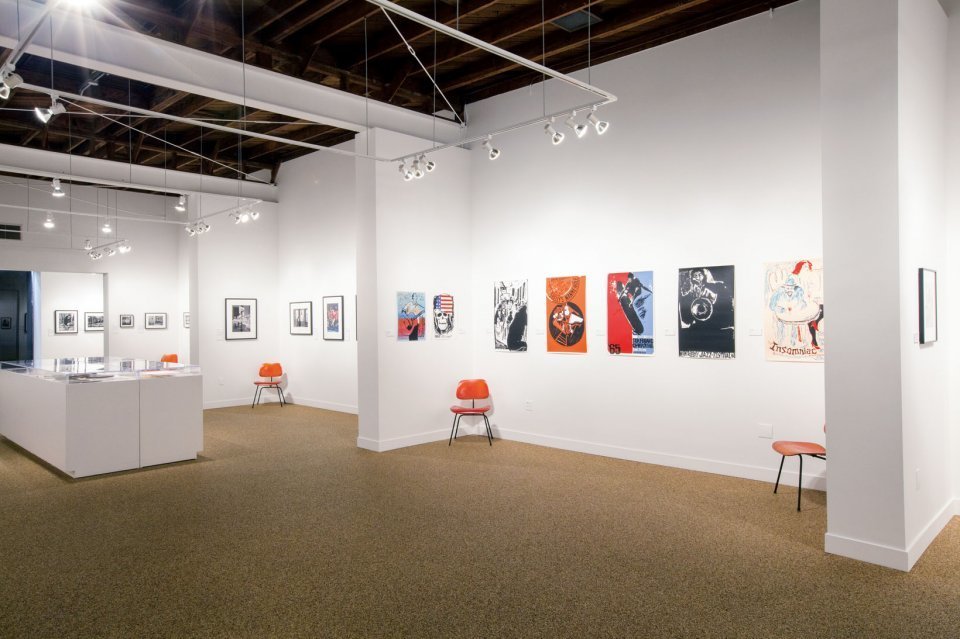 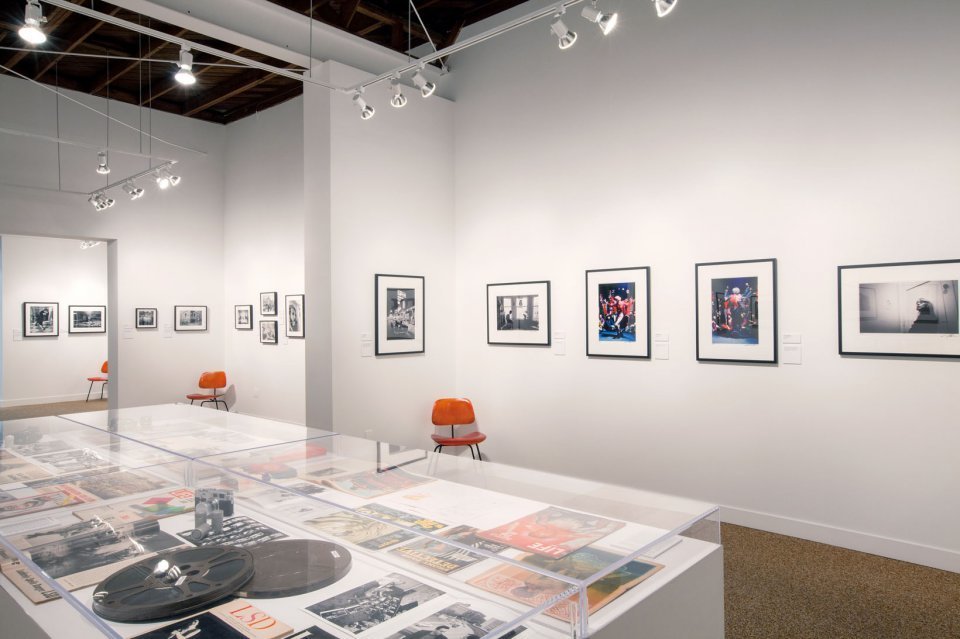 TASCHEN is pleased to announce the opening of TASCHEN’s 60s, a group photography exhibition which explores the personalities and countercultural movements that helped shape the iconic era. Drawing from recent and upcoming TASCHEN books on the period, the show is comprised of four capsule exhibits: the influential and polarizing figures Bob Dylan, Muhammad Ali, and Fidel Castro, as well as the headline-grabbing LSD scene and the psychedelic poster art movement that followed in its wake. Featuring seven photographers from the realms of photojournalism, sports photography and fine art, as well as print ephemera, TASCHEN’s 60s will showcase the inspiring and controversial subjects that captured the world’s imagination and still fascinate us today.

The main gallery opens with prints from Daniel Kramer’s celebrated portfolio of Bob Dylan, taken over the course of a year and a day starting the summer of 1964. Through vast concert halls, intimate recording sessions, and the infamous transition to electric guitar, Kramer watched as a young folk singer transformed into the poet laureate of a generation. This exhibition is presented in collaboration with The Fahey/Klein Gallery.

No American photographer covered Fidel Castro and the Cuban Revolution like Lee Lockwood. At a time when U.S.–Cuba relations once again take center stage, vintage prints from the Lockwood Archives reveal an intimate and surprising portrait of the Cuban leader and an historical moment that continues to shape our perception of a nation and her people.

A deep-dive into the 1960s would be incomplete without a little acid. Captured with intimacy and proximity, photojournalist Lawrence Schiller takes us on a tour through the private parties of anonymous trippers to the full vibrational force of Ken Kesey’s Merry Pranksters and their famous Acid Tests.

Also on display are vintage artifacts from the era related to each show—from Kramer’s famed covers for Dylan’s Bringing It All Back Home and Highway 61 Revisited to the explosion of psychedelic posters and graphic design.

Lee Lockwood (1932–2010) was an American photojournalist for publications including Life, Newsweek, The Times, Bunte Illustrierte, and Jours de France. Best known for his award-winning work on Fidel Castro and North Vietnam, he also covered the peace and civil rights movements in the U.S. and was a founder of the Center for Cuban Studies in New York. A new edition of his classic book Castro’s Cuba will be published this summer by TASCHEN.

Daniel Kramer (b. 1932) is a photographer and filmmaker whose portraits and picture stories have been published worldwide; his film work encompasses documentaries and commercials. His photographs of Bob Dylan catapulted Kramer’s work onto the international stage. A master printer, Kramer’s photographs are widely collected and exhibited. His new TASCHEN Collector’s Edition, Bob Dylan: A Year and a Day, was published on May 24th of this year in honor of Dylan’s 75th birthday.

Howard L. Bingham (b. 1939) first met Muhammad Ali—then Cassius Clay—at a press appearance in Los Angeles in 1962. His million-plus photographs of the Champ create an intimate and enduring portrait of Ali’s life and their long friendship. Bingham has also photographed many of the most important events and personalities of the last 50 years for magazines including Life, Time, Newsweek, Sports Illustrated, and Ebony. He is one of the principal photographers for GOAT—A Tribute to Muhammad Ali and the forthcoming illustrated edition of Norman Mailer’s The Fight.

Carl Fischer (b. 1924), photographer and graphic designer, was raised in Brooklyn. A self-taught photographer, he went on to open an award-winning studio in New York. His work is in the permanent collections of numerous museums including The Metropolitan Museum of Art, and the Library of Congress. All of his iconic photographs for Esquire covers of the 1960s were exhibited at MoMA in 2008–2009.

Marvin E. Newman (b. 1927) was one of the first recipients of a Master of Science degree in Photography at Chicago’s Institute of Design. A native New Yorker, he shot sports for Life, Look, and Sports Illustrated. His work has been lauded by the likes of Eastman House, MoMA, and the International Photography Center. A monograph of his photographs is forthcoming from TASCHEN.

Lawrence Schiller (b. 1936) began his career as a photojournalist for Life, Time, and Paris Match, photographing some of the most iconic figures of the 1960s. He has directed or produced 20 motion pictures for television; The Executioner’s Song and Peter the Great won five Emmys. His book projects include five New York Times bestsellers and several titles with TASCHEN including the forthcoming illustrated edition of Tom Wolfe’s The Electric Kool-Aid Acid Test.