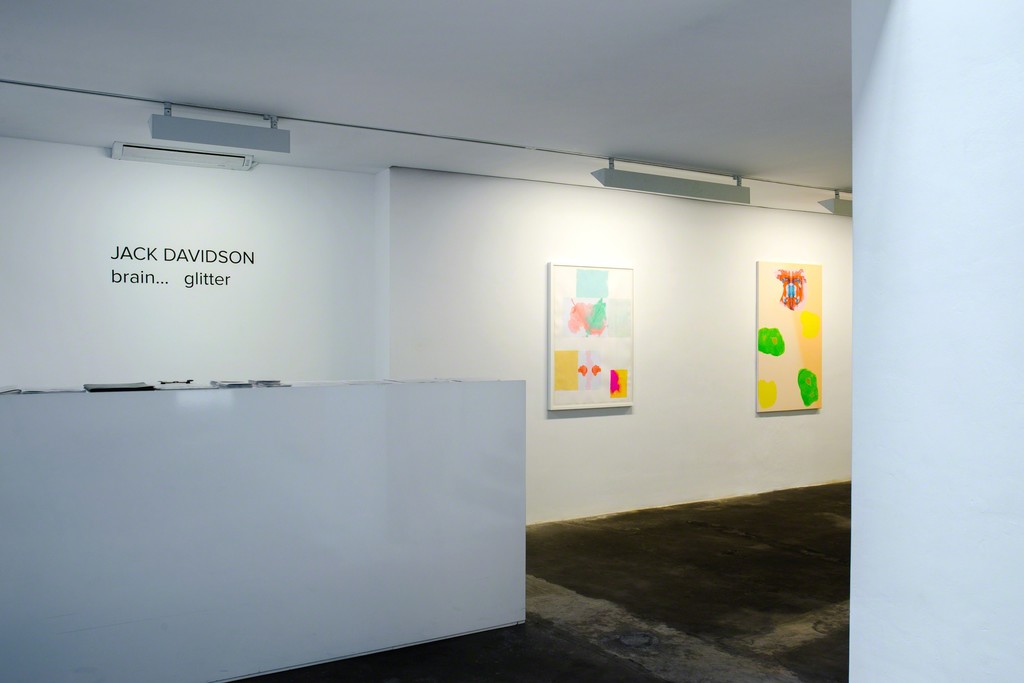 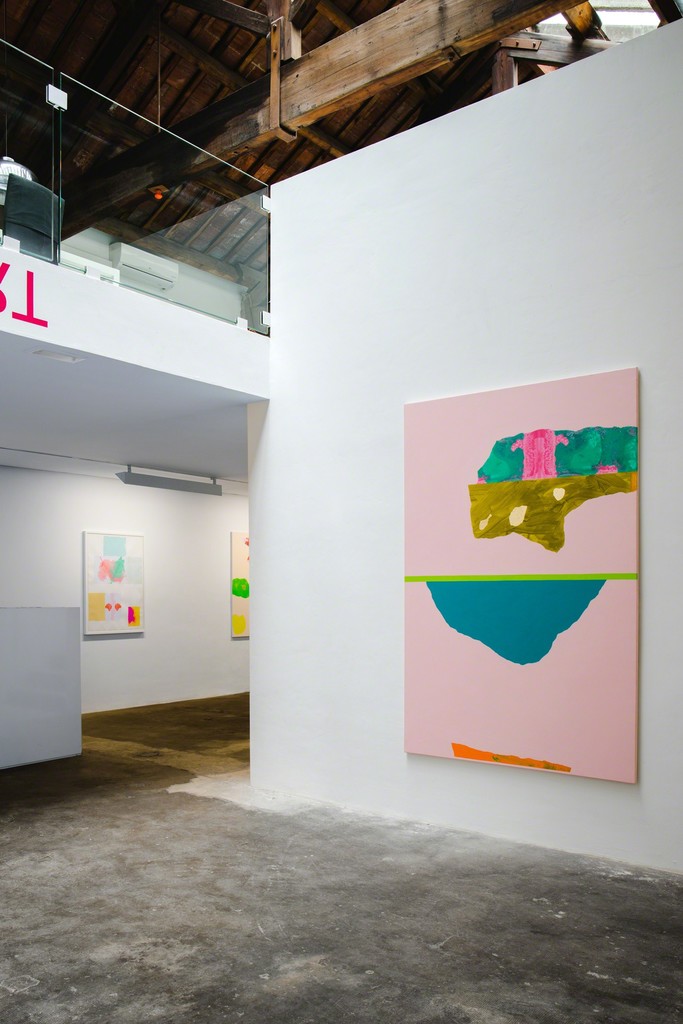 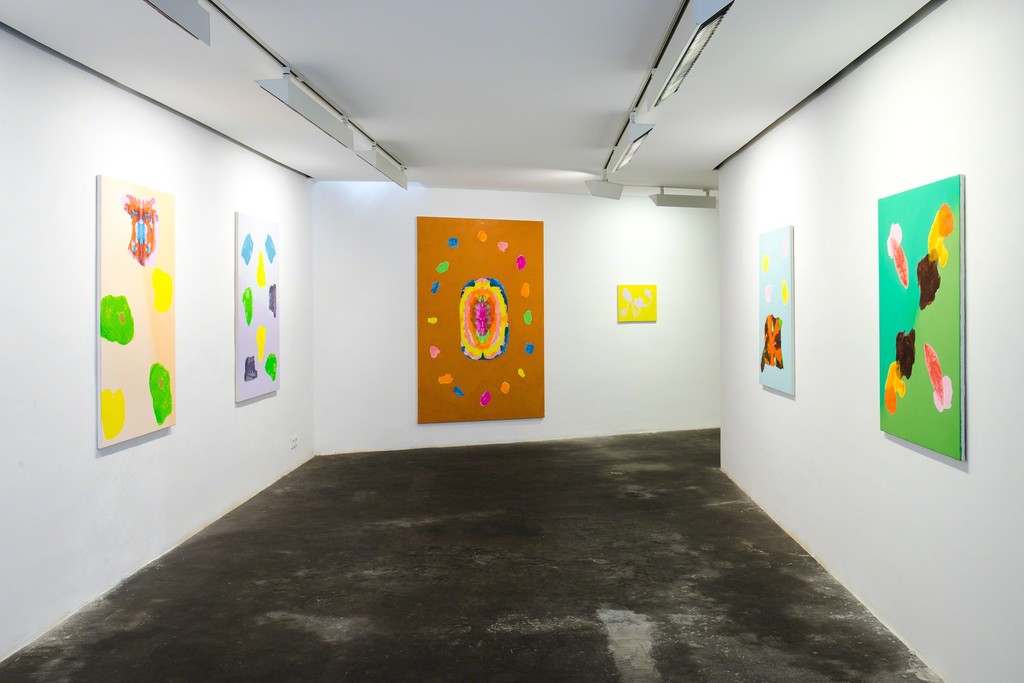 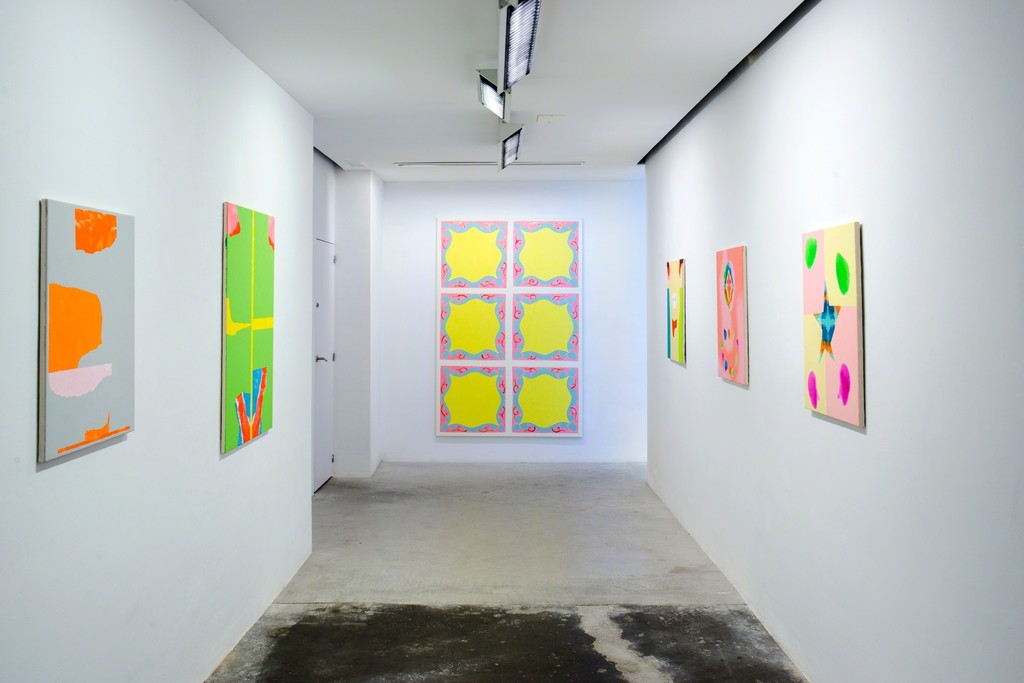 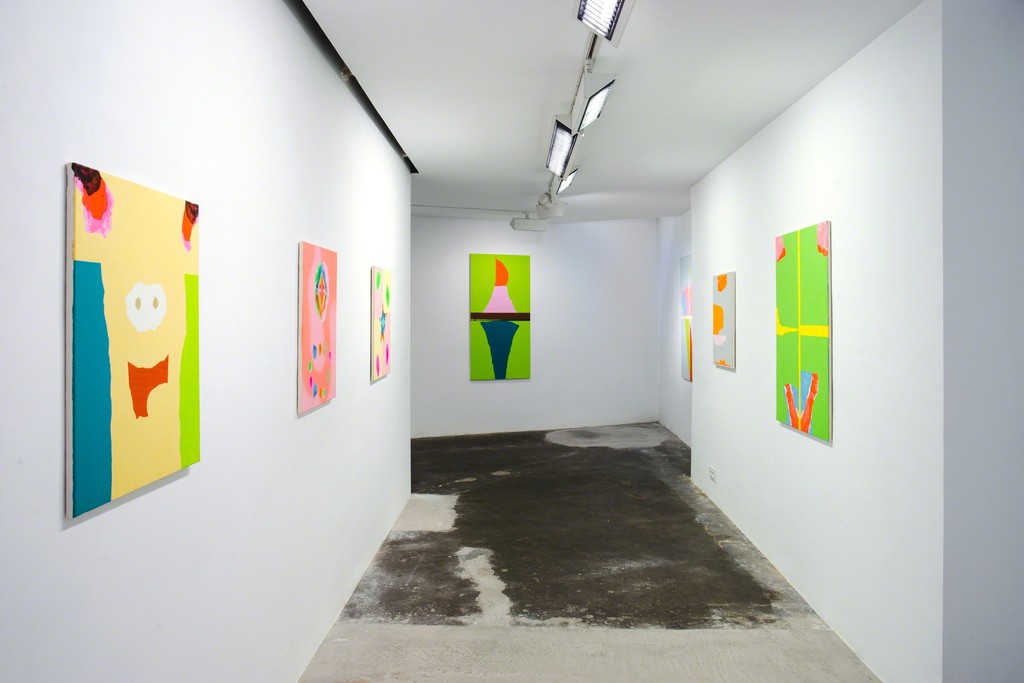 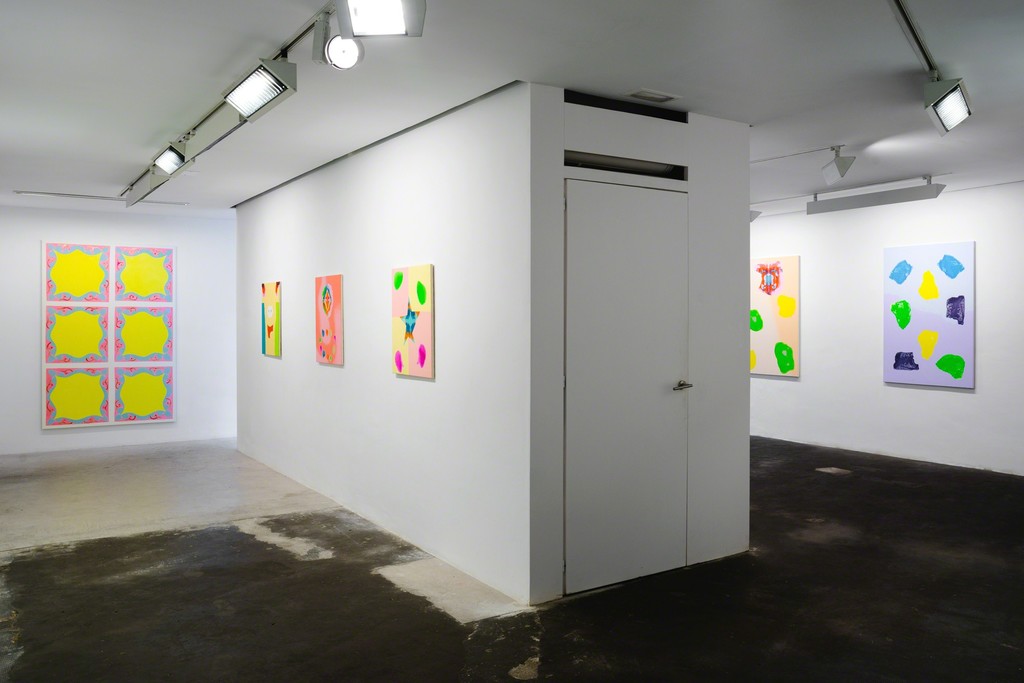 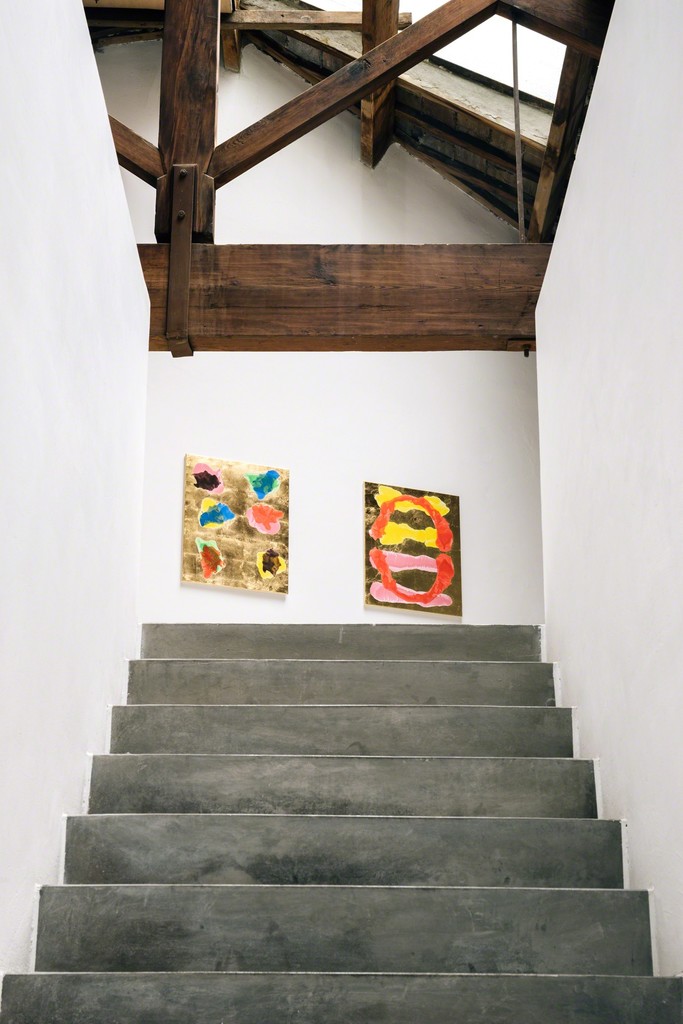 Whether abstract or figurative, I often hear painters talking about a certain burden implicit in their way of working; in other words, of their worries of having to maintain a recognizable and stable thread in their work. It’s that, as a painter, it really seems desirable to find and maintain fixed attributes that identify your work and place it in a given context. But it also seems desirable to break free of that burden and be able to work regardless of dogmas, classifications or even educational demands that justify what we see. In short, the artist doesn’t have to always give what is expected of him.
brain... glitter, Jack Davidson’s (Aberdeen, 1958) first solo exhibition with TAT ART Barcelona insists on this act of liberation. On one hand, it shows the recent work of the Scottish painter, clearly de ned by a chromatic abstraction based in a meticulous experimentation with color; on the other hand however, that same abstraction resists at
all times to be pigeonholed as such. In this, the artist emphasizes his work methodologies, focusing on personal processes – and subsequently not visible to the viewer - that incorporate conceptually rooted variations closer to performance, choreography and music.
And while the maximum impact of Davidson’s painting remains the tireless pursuit of the perfect color, this exhibition invites you to consider the many layers of meaning that constitute his work. At first, his painting offers us a kind, docile face; harmonious compositions and pleasant colors that play to emotions and sensitivity. On the surface, everything fits together well. However, a closer reading gives us other types of connections. And it is then that we discover how his perception of things has nothing to do with the gestural that we think we recognize, but relies on pictorial mechanisms that allow him to delegate his formal decisions to acts of repetition; that generate a series of small in- studio actions: folding the canvas to duplicate color stains, using torn tape to create torn lines, or copying shapes that interest him for one reason or another. A game of repetitions and imitations capable of blurring the gesture by way of unexpected interventions that incorporate movement - and therefore time - as a parallel interest in his painting. Color and time. A good example is seen in the repetition of certain ornamental motifs, or even in the incorporation of a portrait.
In this sense, as Davidson himself points out, his painting is based on “gestures that are not gestures”, something that happily distances him from the hypotheses of abstract expressionism and aligns him, in his own way, with a performative practice. In his case, the performativity is subtle and invisible, and has less to do with art and more to do with the moods derived from music. That’s why it is no wonder that the titles of his paintings are always phrases extracted from songs by groups the artist listens to while painting. Some that are quoted in the exhibition are War on Drugs, Neil Young, The Go-Betweens, Orange Juice or Television. In the end, a layer of experience that does not condition the reading of the painting but adds a small narrative act as codified or as obvious as the viewer decides it to be.
It’s maybe that listening to a song is one of the clearest references in approaching the work of Jack Davidson. Something that traps us in a visceral, intuitive way, endowed with a poetic, symbolic or metaphorical language that perhaps does not allow us to understand the message in its totality; often it’s in a language different from ours, but that’s perfectly ne, we do not ask more of a song. It excites us, it works upon us. Nobody or nothing prevents us from making it our own. Something like that happens with Jack Davidson’s paintings.
P.S. Listening to the song “Nikes” by the rapper Frank Ocean, Jack got hung up on the phrase that gives title to the exhibition: brain... glitter. On checking the lyrics he realised that the musician, instead of singing “brain”, said “rain”. It didn’t matter. The intensity of these two concepts - the cerebral and the glittering, the intellectualised and the sensuality of glam rock - was going to be the title of his exhibition. Yes, his titles are often direct quotations from songs, but you don’t always have to do what is expected of you.